Learn Why These 10 Foods Are Edible Aphrodisiacs

History has woven quite a collection of folklore, mythology and superstition around the sexual nature of food. If you look hard enough, youll discover that pretty much every food has been touted as an aphrodisiac at one point or another in history. The connection makes sense on a certain leveleating is a primal need associated with pleasure, somewhat akin to arousal. While most of aphrodisiac mythology stems from foods with symbolic colors or shapes, certain foods do contain properties that stimulate pleasure centers in the brain. Whether or not these foods can actually enhance amorous feelings is up for debate. With the most romantic holiday of the year just around the corner, I decided to delve into the libidinous culinary lore of aphrodisiacs. Ive included a recipe with each food item, providing a colorful menu of options for a romantic, sensual meal. Try a few and see if sparks fly for you!

Some say the forbidden fruit of the Bible was not an apple, but a pomegranate fruit. The word aphrodisiac originates with the Greek goddess of love, Aphrodite, and she is credited in Greek mythology with planting the first pomegranate tree. Because of their many seeds, pomegranates are often associated with fertility and abundance. The pomegranate appears as a romantic symbol in sonnets and literature dating back centuries. More recently in 2011, a small study by Queen Margaret University in Edinburgh found that drinking pomegranate juice daily lowered cortisol levels, which can correspond with increased testosterone in both men and women. Elevated testosterone can lead to heightened moods and increased sexual desire. That said, the study was funded in part by a brand called Pomegreat, so take the results with a grain of salt. 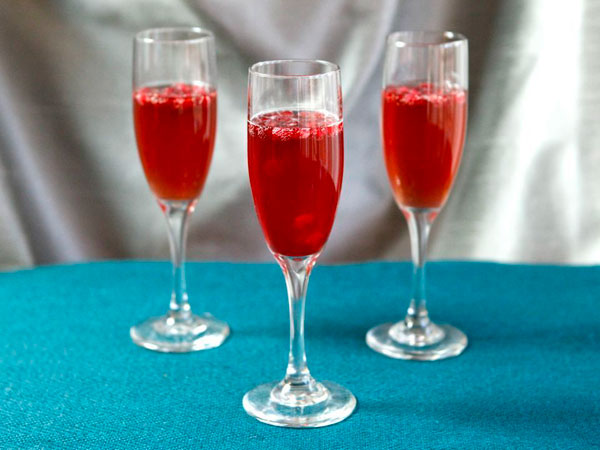 For centuries, cultures all over the globe have lauded the aphrodisiac qualities of asparagus. The Greeks spoke of it in love poetry and the Kama Sutra advised drinking it as a paste. It is said the French once dined on three meals of asparagus the day before their wedding in hopes of increasing their libido for the big night ahead. Aside from its obviously phallic shape, asparagus is also packed with calcium, vitamin E and potassium, which aid in cleansing the kidneys and urinary tract as well as giving a dose of extra energy. The aspartic acid found in asparagus helps to neutralize excess ammonia in our bodies, which can lead to fatigue and sexual disinterest. We certainly wouldnt want that on a romantic evening, would we? 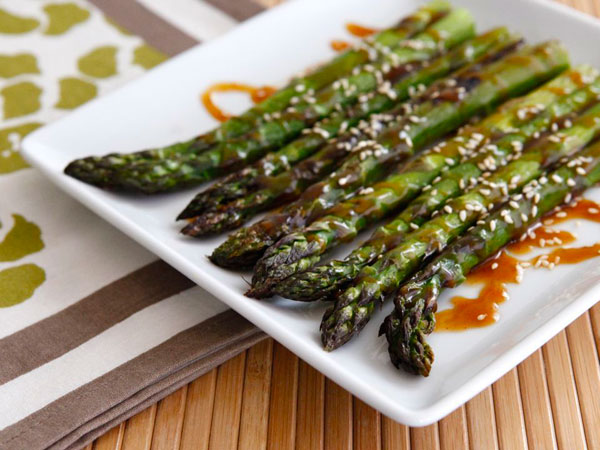 Beets have long been considered an aphrodisiac in many cultures. Ancient Romans believed that beets and their juice promoted amorous feelings. Frescoes of beets decorate the walls of the Lupanare brothel in Pompeii. In Greek mythology Aphrodite ate beets to enhance her appeal. This quaint folklore actually has some basis in reality. Beets are a natural source of tryptophan and betaine, both substances that promote a feeling of well-being. They also contain high amounts of boron, a trace mineral that increases the level of sex hormones in the human body. 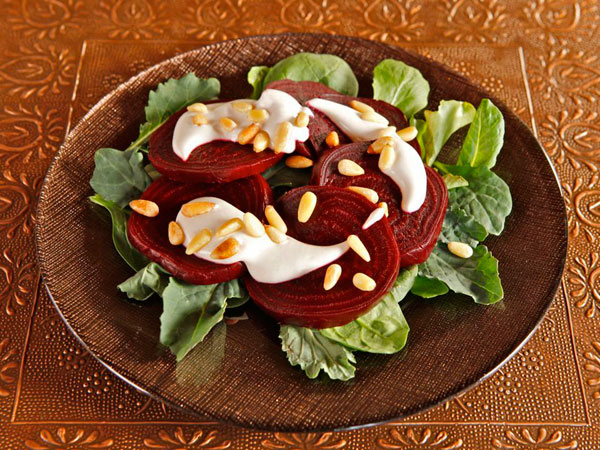 While coffee doesnt normally come to mind when we think of aphrodisiacs, its ability to give us extra pep cannot be denied. Who can resist the morning scent of freshly brewed coffee? In fact, the scent was found to be a major turn on for women in a study conducted by Mindlab International Laboratory in Sussex, UK. Coffees hefty dose of caffeine boosts heart rate and increases blood flow, while its alkaloids can help to maintain sexual performance while also increasing stamina. In addition to all of this, it makes us happy  and a rewarding rush of dopamine is never a bad thing. Just make sure you stick to regular coffee and espresso for your daily boost. A coffee recently marketed to enhance your sex life may in fact be dangerous to your health. 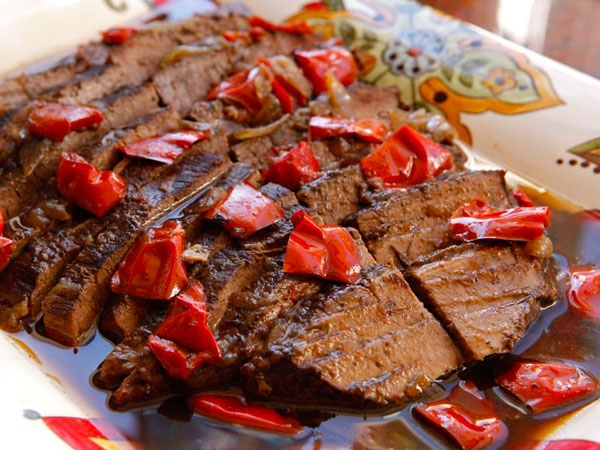 The heart-shaped strawberry was once known as a symbol of Venus, the Roman goddess of love. For a time the ancient Greeks forbade the eating of strawberries and all other red foods, which led many to believe that the mysterious berries held great powers. Though they may not possess any magical secrets, the antioxidants and phytochemicals in strawberries help to reduce joint inflammation. Their beautiful color, sweet flavor and shape make them the perfect treat for sharing with your beloved at a seductive meal. If you come across a double strawberry, be sure to break it in half with someone special an old legend promises that this will bring true love. 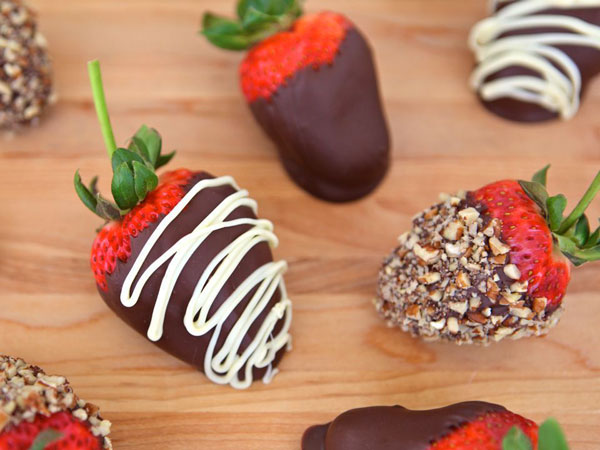 Its not hard to understand why honey has been considered an aphrodisiac for centuries. The very word honeymoon stems from the hope for a sweet marriage. Some say honeys romantic reputation comes from an ancient custom in which newly married couples drank mead, a fermented beverage made with honey, until the first moon of their new union. Hippocrates prescribed honey for sexual vigor. According to an old French wives tale, a bee sting was supposedly like being given a shot of pure aphrodisiac. Honey contains boron, which may regulate hormone levels, and nitric oxide, which is released in the blood during arousal. Its also a symbol of fertility and procreation in some cultures. 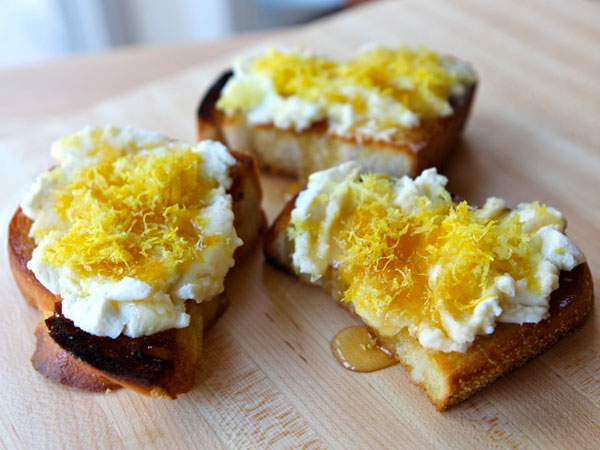 Greek mythology holds Zeus responsible for the creation of the artichoke. After being rejected by a beautiful young woman, the god turned his object of affection into a thorny and difficult thistle. Tough on the outside and soft on the inside, artichokes are well versed in the game of hard-to-get, but their history as an aphrodisiac is mostly due to folklore. Catherine de Medici, known for her insatiable appetite for both food and romance, brought artichokes to France when she married Henry II. 17th century French writer and sexologist Dr. Nicolas Venette reported that Swedish women who were feeling neglected in the bedroom would serve their husbands artichokes in an effort to increase their desire and stamina. Whether or not you believe in the romantic power of the artichoke, eating one certainly wont hurt. Theyre packed with healthy antioxidants and theyre delicious too! 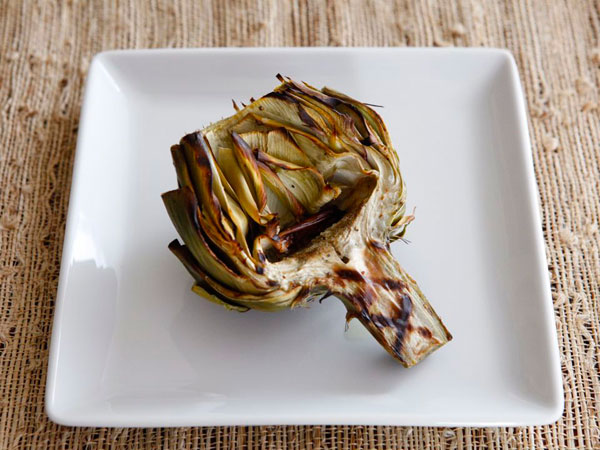 When Montezuma shared avocados with Cortez and his fellow conquistadors, the Aztecs explained that their name, ahucatl (also meaning testicle), came not only from their physical appearance, but also from their ability to incite sexual passion. The Aztecs believed in the aphrodisiac power of the ahucatl so much that they would not allow virginal women to leave the house while they were being harvested. When Louis XIV found his aging libido in need of reviving, he turned to the exotic avocado for help, nicknaming the fruit la bonne poire (the good pear). The Sun King may have been on to something, as avocados are rich in vitamin E, which boosts the immune system and helps give skin a youthful appearance. 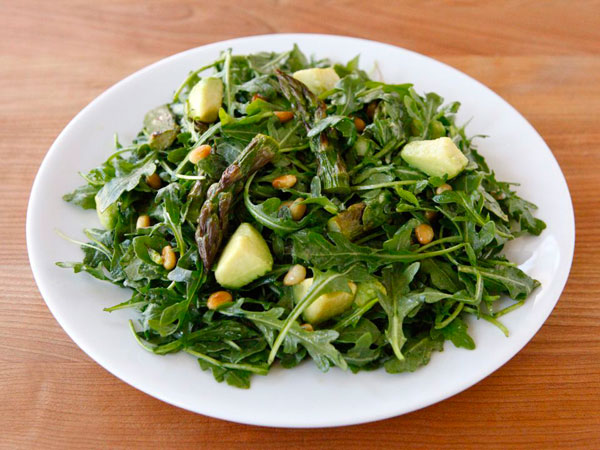 Figs, whose leaves became clothing in the biblical story of Adam and Eve, are filled with antioxidants, flavonoids, fiber and potassium. They are the ultimate paradox in sensual food; their many seeds represent fertility while their leaves are associated with modesty. Rumored to be Cleopatras favorite fruit, the erotically shaped fig has been associated with sexuality in almost every culture. In Ancient Greece, where they were believed to be a symbol of love, the arrival of a new fig crop elicited a copulatory ritual. Try them drizzled with honey for an aphrodisiac flavor sensation. 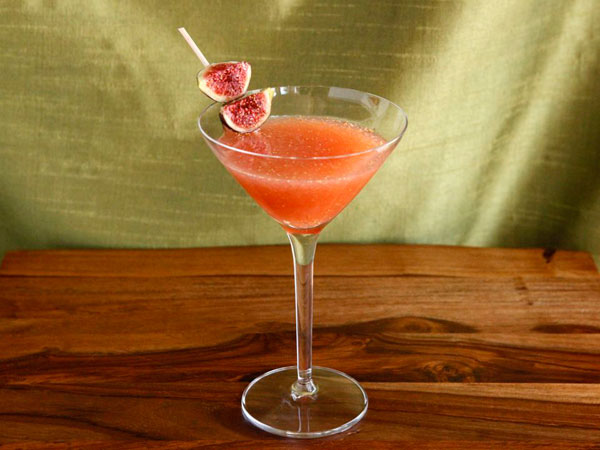 On Valentines Day, sweet and decadent chocolate reigns supreme. Throughout history chocolate has played many roles, most notably as a symbolic aphrodisiac. Cacao bean pods, the source of chocolate, grow on Theobroma cacao trees, which translates to cacao, food of the gods. The Aztecs and Maya used the beans found within the pods as a form of currency. The Maya were known to exchange a few beans for a night of passion at the brothel, while the Aztec emperor Montezuma is rumored to have consumed 50 cups of chocolate each day in order to satisfy his many, many wives. Even the notorious Italian author Casanova mentions chocolate in his memoirs, frequently discussing his habit of consuming cups of chocolate in order to sustain his lustful exploits. So what are chocolates passion-inducing qualities? Scientists have narrowed it down to two key components  phenethylamine and tryptophan. The former is a stimulant that is released in the brain when we fall in love, while the latter helps to produce serotonin, a brain chemical associated with elevated moods and sexual arousal. In addition to all of this, the sweet taste and velvety texture of chocolate make for a very satisfying dessert. 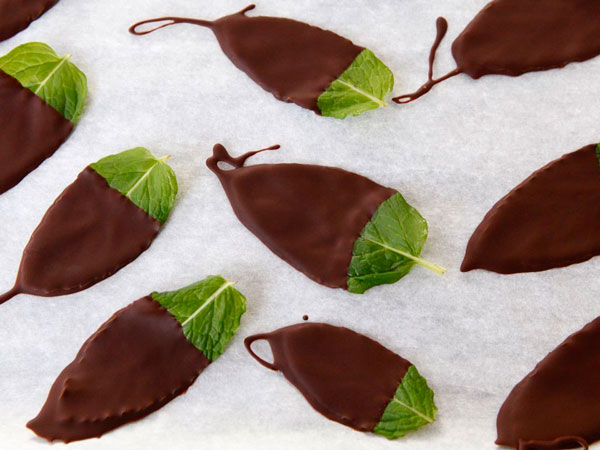 From Pythagorean to Pescatarian  The Evolution of Vegetarianism
Magical Mushrooms: The Allure of Edible Fungi
Learn More Providing Support for pbs.org