History of Pumpkins and Recipe Round-Up 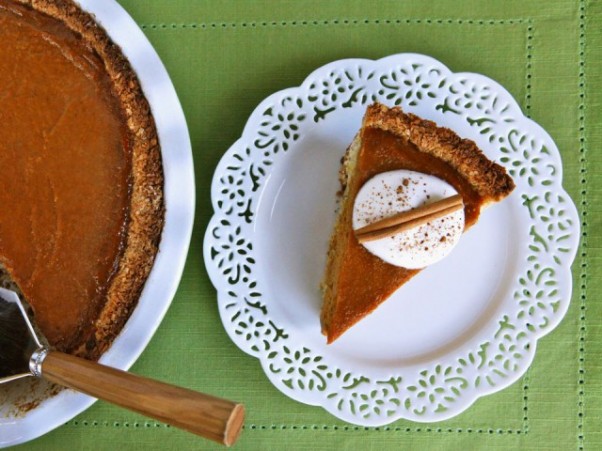 There is no denying that once autumn rolls in, the pumpkin reigns supreme. All year long folks wait for their favorite coffee shops to fill with the aroma of pumpkin spice lattes. Its the season when grocery stores stock their shelves with limited edition pumpkin cookies and ice cream. October is synonymous with Halloween jack-o-lanterns; as Thanksgiving approaches we pull out our time-honored pumpkin pie recipes. It seems that no food symbolizes the blustery fall season quite like pumpkins.

Archaeologists discovered the oldest domesticated pumpkin seeds in the Oaxaca Highlands of Mexico. Pumpkins are believed to have originated in Central America over 7,500 years ago. The first pumpkins held very little resemblance to the sweet, bright orange variety we are familiar with. The original pumpkins were small and hard with a bitter flavor. Rather than using their nutritional and readily available seeds, pre-Columbian natives grew pumpkins for their flesh. They were among the first crops grown for human consumption in North America. Thanks to their solid, thick flesh, pumpkins proved ideal for storing during cold weather and in times of scarcity.

One of the first American pumpkin recipes was included in John Josselyns New-Englands Rarities Discovered, published in the early 1670s. The recipe was for a side dish made from diced ripe pumpkin that had been cooked down in a pot over the course of a day. Once the pumpkin was cooked butter and spices were added, much like the recipes for mashed squash or sweet potatoes we see today. During the 17th century, women challenged themselves in the kitchen by developing unique and tasty new ways to serve pumpkin.Today, the most popular way to prepare pumpkins is undoubtedly pumpkin pie. This trend first began during the 1800s when it became stylish to serve sweetened pumpkin dishes during the holiday meal. The earliest sweet pumpkin recipes were made from pumpkin shells that had been scooped out and filled with a ginger-spiced milk, then roasted by the fire.

Circleville, Ohio is home to the Circleville Pumpkin Festival, which is the largest of its kind. The town was once home to E. Sears Canning, a large cannery that regularly processed pumpkin products. During the fall season, farmers would fill their wagons with pumpkins and head to the cannery to have them processed and canned. In 1903 Circleville mayor George Haswell started an autumn produce festival, and pumpkins became the centerpiece of the event. The canning company shut down during the Great Depression, but the festival continues to this day. Now known as the Pumpkin Show, this large event celebrates pumpkins in many forms. There you can expect to find a variety of pumpkin-flavored treats including pumpkin donuts, burgers, taffy and ice cream. The festival also holds a contest for largest pumpkin, largest pumpkin pie and a Miss Pumpkin Show pageant.

According to Guinness World Records, Beni Meier of Germany presented the heaviest pumpkin to date on October 12, 2014. The massive pumpkin weighed in at 2,323.7 lbs. Shockingly, this was the third record-breaking pumpkin grown by Meier during this season.

Pumpkins are a versatile and important food worth celebrating. Each year, a multitude of creative pumpkin recipes pop up in cookbooks, culinary TV shows and food blogs. I think 17th century cooks would be proud of our modern kitchen ingenuity. What are some of your favorite ways to eat and prepare pumpkin?

Ott, Cindy (2012). Pumpkin: The Curious History of an American Icon. University of Washington Press, US. 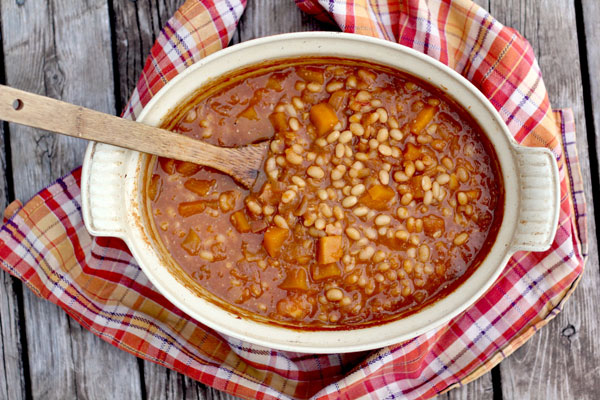 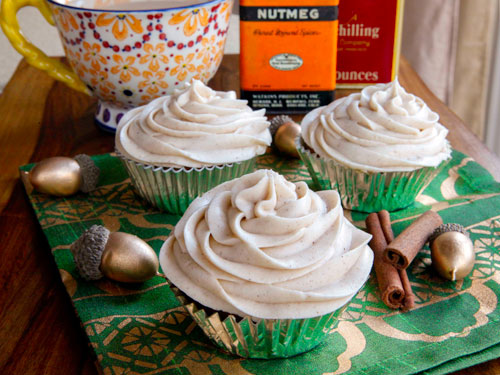 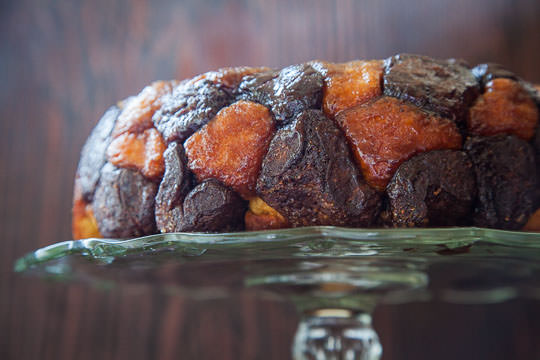 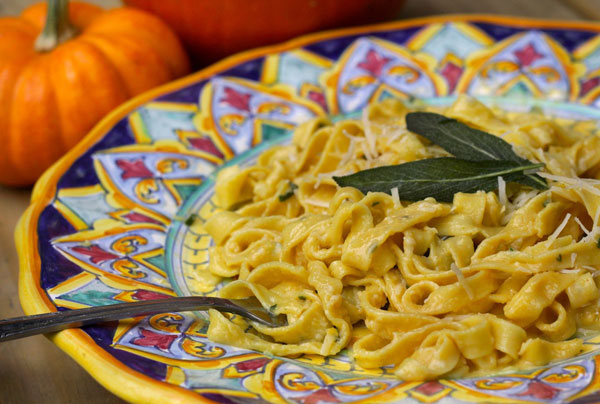 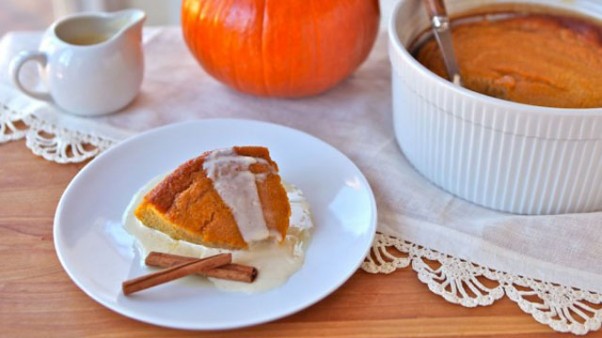 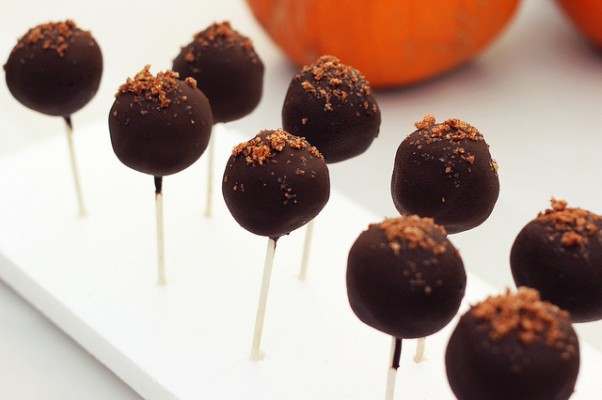 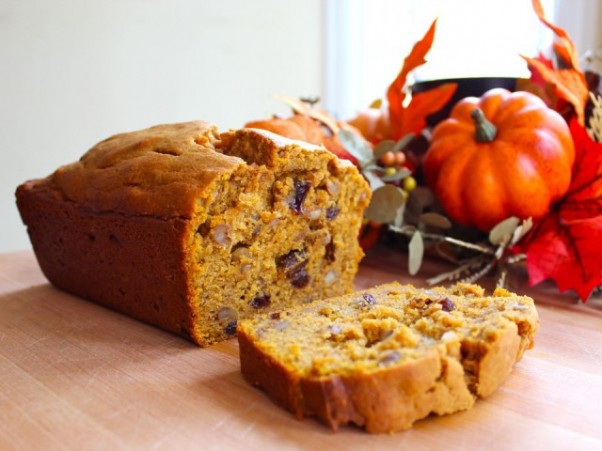 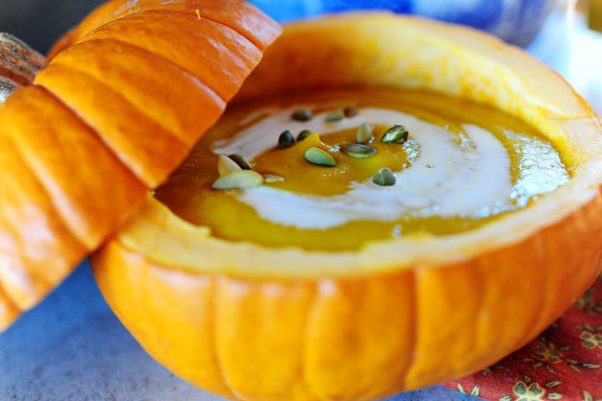 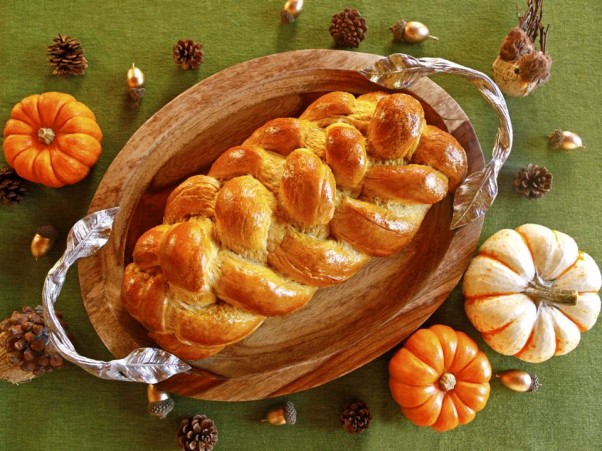 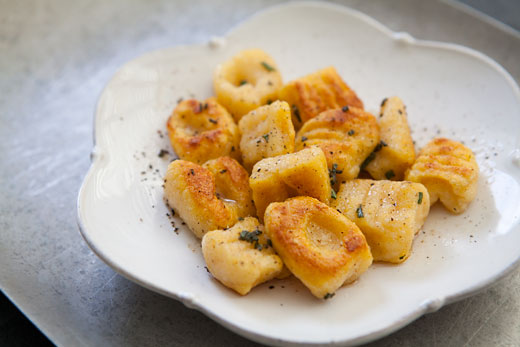 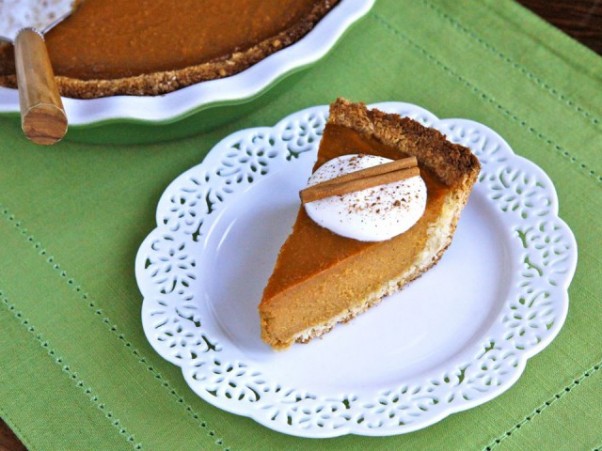 Mark Twain: A Little Bill of Fare
What Is the History of Eggnog?
Learn More Providing Support for pbs.org