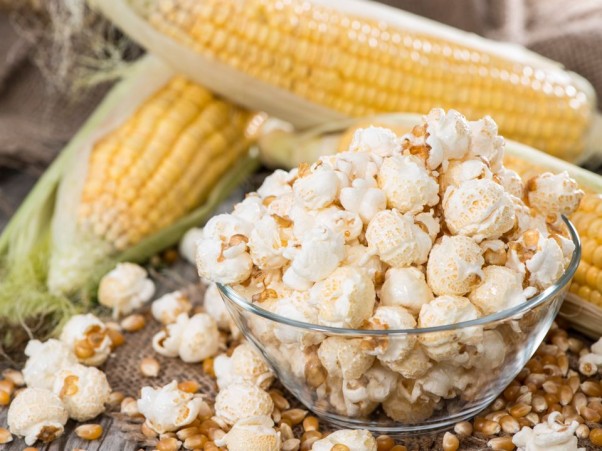 First, the sound hits you — “pop, pop, pop — slow at first, then a firestorm of kernels as they magically transform into billows of crunchy white deliciousness. Next the smell wafts throughout the room, tantalizing your nose and your taste buds. By the time your teeth crunch down on that first bite, youre completely hooked. Popcorn is an irresistible treat. Try keeping a bowl to yourself during family movie night, or buying a small bucket at the movie theater. Before you know it, everyone is grabbing a handful. Popcorn is a simple, tasty treat on its own, but it also lends itself to a variety of toppings; butter, sugar, cinnamon, caramel, a sprinkle of smoked paprika, even chocolate! Popcorn provides a perfect canvas for your sweet and salty cravings.

So what makes popcorn pop? The secret is in the kernel. Popcorn comes from a certain variety of maize that produces small kernels with a hard outer shell. These kernels cannot be chewed without a good chance of cracking your tooth. To get to the fluffy edible part, you must heat the kernel, which turns the moisture within into steam. When the outer shell has reached its pressure point it bursts, releasing the soft inner flake and creating what we recognize as popcorn. 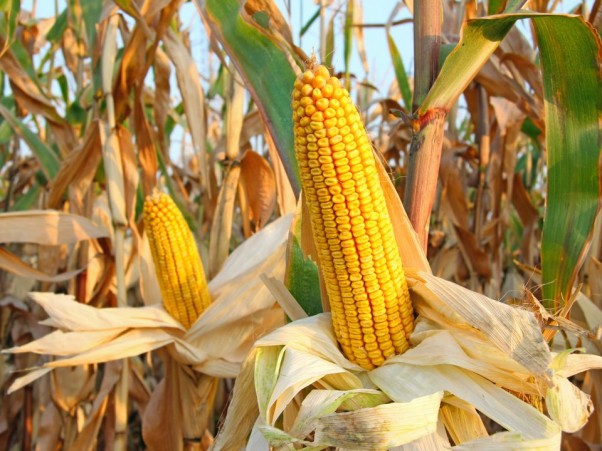 The popcorn variety of maize was domesticated by Pre-Columbian indigenous peoples by 5000 B.C.E. It is a small and harder form of flint corn, most commonly found in white or yellow kernels. The stalks produce several ears at a time, though they are smaller and yield less corn than other maize varieties. The pop is not limited exclusively to this type of maize, but the flake of other types is smaller by comparison. Popcorn likely arrived in the American Southwest over 2500 years ago, but was not found growing east of the Mississippi until the early 1800s due to botanical and environmental factors. Today the Midwest is famous for its Corn Belt, but prior to the introduction of the steel plow during the 19th century, soil conditions in that region were not suitable for growing corn.

Evidence of popcorns first pop did not appear until the 1820s, when it was sold throughout the eastern United States under the names Pearl or Nonpareil. Its popularity quickly began to spread throughout the South and by the 1840s popcorn had started to gain a foothold in America. Prestigious literary magazines like New Yorks Knickerbocker and the Yale Literary Magazine began referencing popcorn. By 1848, the word popcorn was included in John Russell Bartletts Dictionary of Americanisms. Bartlett claimed that the name was derived from the noise it makes on bursting open. 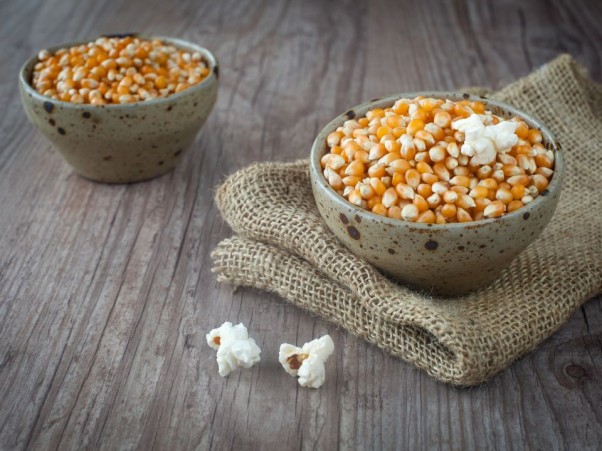 One of the earliest recipes for popping corn came from Daniel Browne during the 1840s. His method required one to Take a grill, a half pint, or more of Valparaiso or Pop Corn, and put in a frying-pan, slightly buttered, or rubbed with lard. Hold the pan over a fire so as constantly to stir or shake the corn within, and in a few minutes each kernel will pop, or turn inside out. He adds that salt or sugar can be added while the popcorn is still hot. The problem with this method was that butter tended to burn before reaching a high enough temperature and lard produced popcorn that was soaked with grease. It wasnt until the second half of the nineteenth century that an efficient method for popping corn was developed. These newly invented poppers were made from boxes of tight wire gauze attached to a long handle; they were meant to be held over an open flame. Poppers offered several benefits, including the ability to contain the popped kernels while also keeping hands away from an exposed flame. Over the years, many improvements were made to the original popper prototype, which made the snack even more accessible to the masses. 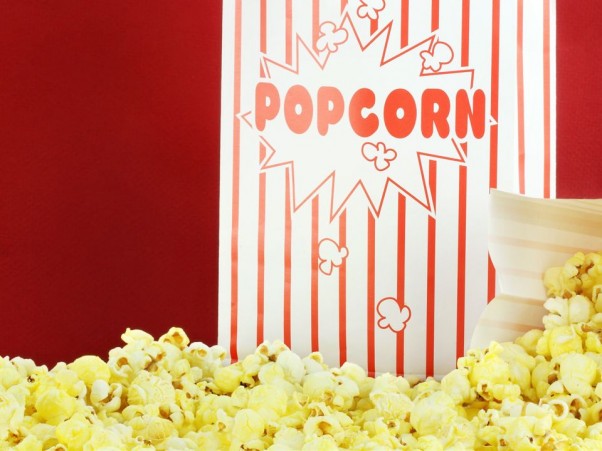 As popcorn grew in popularity, it began to appear in all sorts of variations. Louis Ruckheim came up with the first version of Cracker Jack, made from popcorn, peanuts and molasses, during the late 1890s. There are several different stories surrounding how the snack first got its name, but it undoubtedly derived from a popular slang term during the era, meaning excellent or first rate.

Popcorns mass appeal was brought to new heights thanks to movie theaters. Surprisingly, theater owners were not on board with popcorn sales in the beginning. They thought it might create an unnecessary nuisance in addition to requiring expensive changes, like installing outside vents to rid the building of smoky popcorn odors. Hawkers, seeing the potential in popcorn sales, took matters into their own hands and began selling popcorn and Cracker Jack while walking up and down the theater aisles. The Depression eventually changed the minds of theater owners, and they began to view it as a small luxury that patrons could afford. Unlike most treats, popcorn sales actually rose during the Depression. Instead of installing indoor concession areas, theaters charged outside vendors a dollar a day to sell popcorn from outdoor stands. In 1938 Glen W. Dickson, the owner of several theaters throughout the Midwest, began installing popcorn machines in the lobbies of his theaters. The construction changes were costly, but he recovered his investment quickly and his profits skyrocketed. The trend spread quickly. Can you imagine walking into a movie theater today without the scent of popcorn welcoming you inside? I sure cant.

Here are some tasty and seasonal popcorn recipe ideas from around the web! 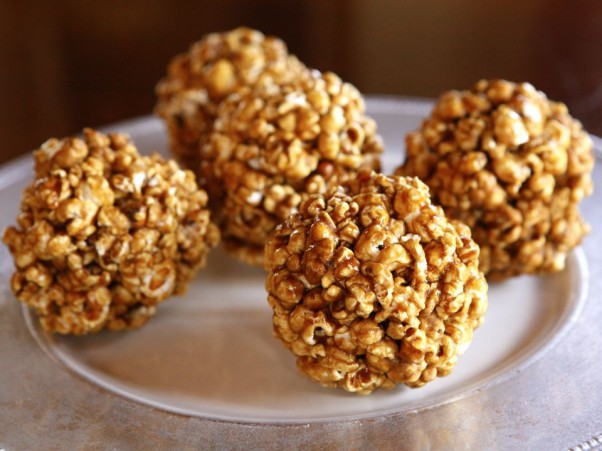 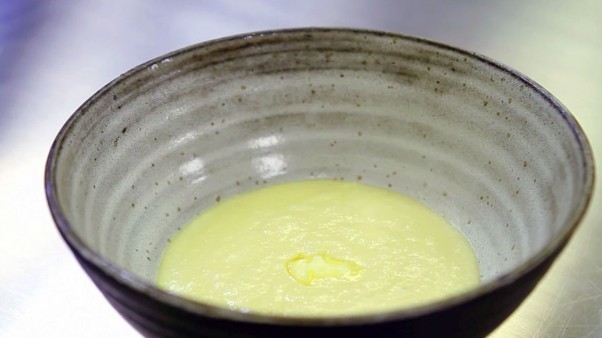 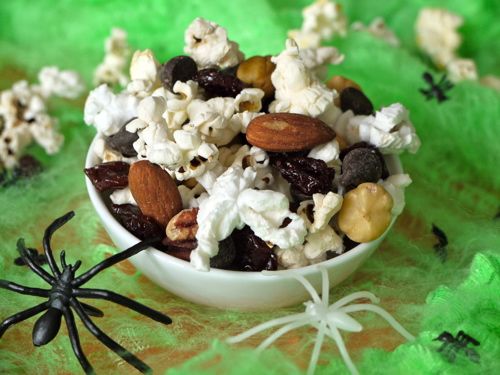 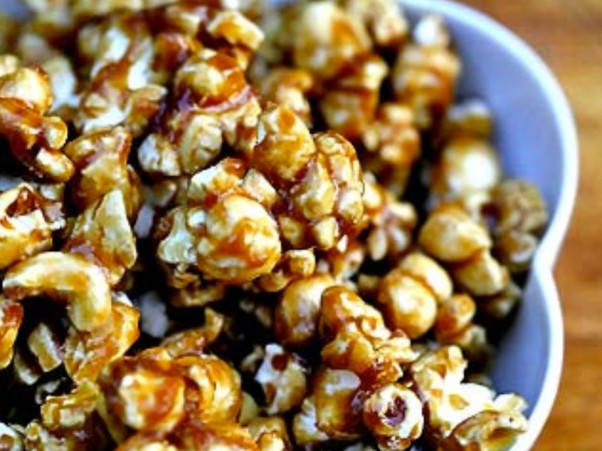 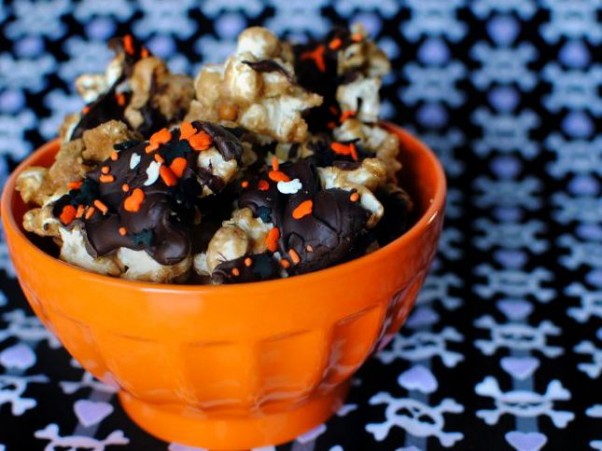 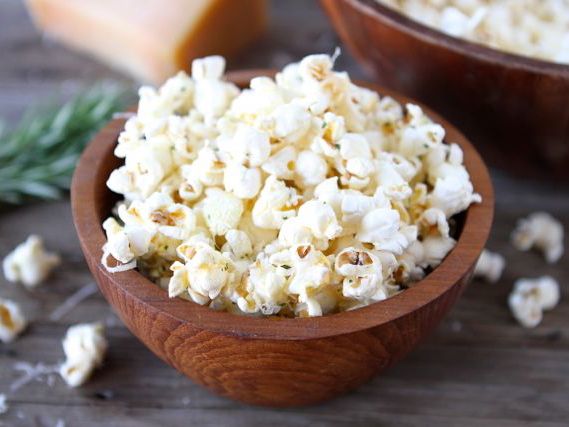 Salted Caramel Popcorn Recipe
Make a bowl of salted caramel popcorn for a snack. The quality is worth the extra effort over the microwavable version.

Buttered Popcorn Pancakes Recipes
These deliciously tender pancakes are perfectly fluffy with the flavor of buttered popcorn. Top with extra popcorn for a crunchy texture.