Uncover the History of Pasta | The History Kitchen | PBS Food

Uncover The History of Pasta 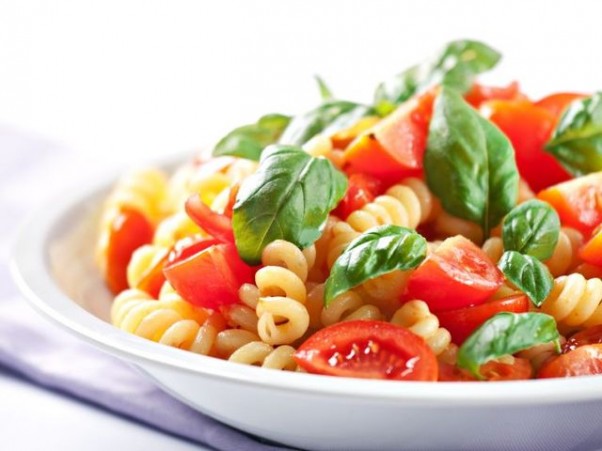 Pasta is one of my great food weaknesses. In my world, there are few dishes that can compete with the yum-factor of angel hair pasta topped with creamy vodka sauce. Thats why I was so happy to hear about the Pasta Diet. It really works! There are just a few simple rules make sure you memorize them with an Italian accent:

You will lose-a the weight!

Practical advice, no?! Too bad its so difficult to follow!

Pasta is one of the worlds most accessible foods. Nearly every country has its own unique version of this popular, inexpensive staple. In Germany and Hungary they have spaetzle. In Greeze, orzo. In Poland, they enjoy pocket-like pierogi. Ashkenazi Jewish families make kreplach dumplings. And in America, pasta is prepared and served similarly to the way it is found in Italy– with the exception of all-American spaghetti and meatballs. In fact, when many of us think of pasta we think of Italian food, and most people believe that it originated there. While pasta is traditionally Italian, it actually has a very ancient history that makes it almost impossible to know who came up with the dish first.

The history of pasta is difficult to trace for several reasons. The word itself translates to paste in Italian. This is a reference to the dough, made from a combination of flour and water or eggs  all simple components that have been around for centuries. This makes it hard to differentiate pasta from other ancient dishes made from the same ingredients. In addition, since pasta has long been a food of the common people, it has not received as much attention as more extravagant foods a pity, since its one of the most popular foods on the planet! Lets remedy that by exploring the roots of pasta here on The History Kitchen. 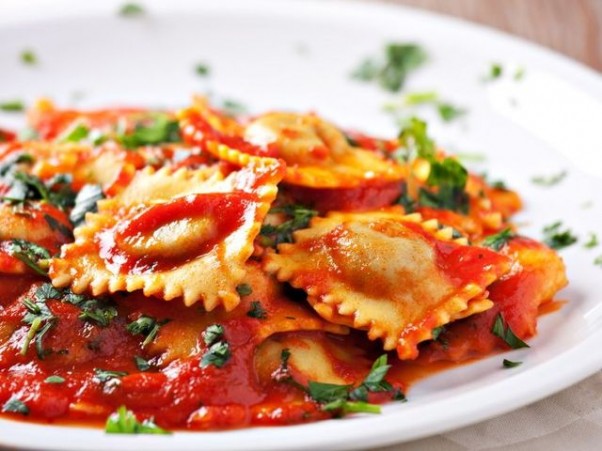 When we talk about pasta, we must first define the term. The word pasta is generally used to describe traditional Italian noodles, which differentiates it from other types of noodles around the world. Pasta is made from unleavened dough consisting of ground durum wheat and water or eggs. The use of durum wheat sets pasta apart from other forms of noodles. Durum wheats high gluten content and low moisture make it perfectly suited to pasta production. The durum wheat dough is pressed into sheets, cut into a variety of shapes, and cooked before serving.

While we do think of pasta as a culturally Italian food, it is likely the descendent of ancient Asian noodles. A common belief about pasta is that it was brought to Italy from China by Marco Polo during the 13th century. In his book, The Travels of Marco Polo, there is a passage that briefly mentions his introduction to a plant that produced flour (possibly a breadfruit tree). The Chinese used this plant to create a meal similar to barley flour. The barley-like meal Polo mentioned was used to make several pasta-like dishes, including one described as lagana (lasagna). Since Polos original text no longer exists, the book relies heavily on retellings by various authors and experts. This, combined with the fact that pasta was already gaining popularity in other areas of Italy during the 13th century, makes it very unlikely that Marco Polo was the first to introduce pasta to Italy. 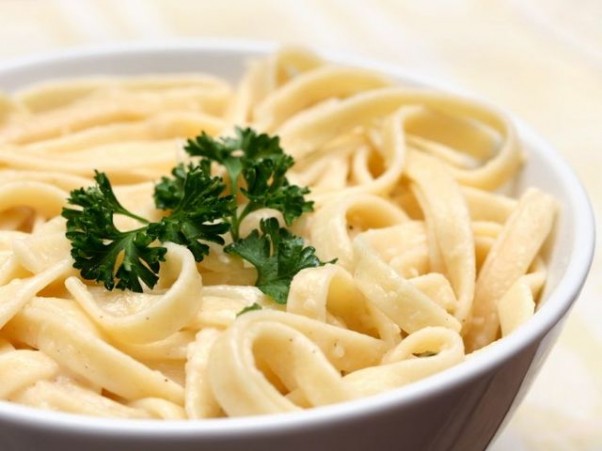 Noodles existed in Asia long before Polos trip to China. Archaeologists believe that central Asia is most likely the first area to have produced noodles thousands of years ago. From Asia, it traveled westward. The way it reached Europe is unclear, though there are many theoriessome believe that nomadic Arabs are responsible for bringing early forms of pasta westward. Once it reached the Mediterranean the process was refined, and durum wheat became the ingredient of choice for pasta flour because of its high gluten content and long shelf life. When durum wheat pasta is dried, it lasts indefinitely, making it a very convenient food to store. Over time, because of pastas affordability, shelf life, and versatility, it became firmly rooted in Italian culture. The warm Mediterranean climate of Italy is suited to growing fresh vegetables and herbs, which meant that Italians could get creative with a delicious variety of pasta sauces. Tomato-based sauces emerged as a favorite complement to pasta, and tomatoes remain the most popular ingredient in pasta sauce today.

Early Spanish settlers were among the first to bring pasta to America. Believe it or not, it was Thomas Jefferson that helped give pasta an initial push into popularity. During an extended stay in Paris from 1784-1789, Jefferson ate what he called macaroni back then, the word could have referred to any shape of pasta. He enjoyed the dish so much that he returned to America with two cases in tow. When his supply ran out, he sent for reinforcements via a friend from Naples. 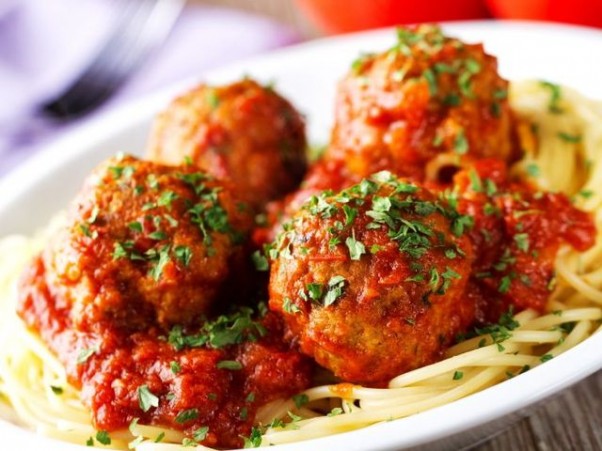 During the late 19th century, when a large group of immigrants relocated from Italy to America (most from Naples), pasta became a common food in the states. We have been making spaghetti in America ever since.

Today, pasta is generally cooked by boiling the dough. The first evidence of pasta being boiled comes from the Jerusalem Talmud. The Talmud includes a discussion on whether or not boiled dough should be considered unleavened bread under Jewish law. Pasta was likely boiled before the Talmud was written, but this is the first text reference to the cooking method.

Here in America, we are most familiar with dried pastas imported from Italy. Dried pasta is usually made from semolina, or purified durum wheat. Semolina isnt overly absorbent, which makes for great al dente style pasta. It also has a long shelf life, unlike fresh pasta. 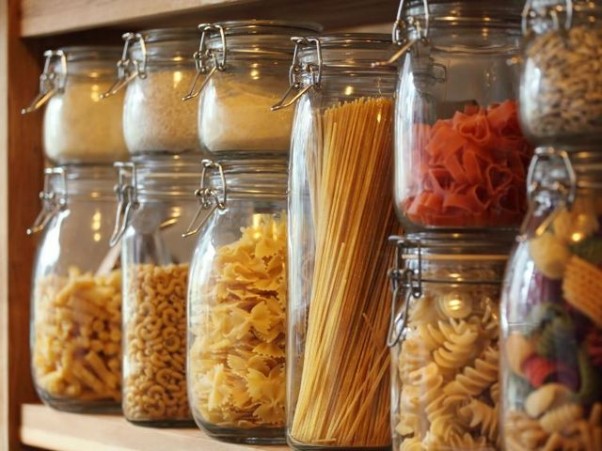 Pasta is, for all intents and purposes, a comfort food. One of its most comforting qualities is how little it has changed over the centuries. It is still made with the same essential ingredients and preparations that it has been since antiquity. When we eat pasta, we can be assured of the likelihood that our ancestors, and our ancestors ancestors, ate something similar. Pasta, with its long, multicultural history, is a culinary connection to our past.

Here are five awesome pasta dishes for you to try you wont want to walk-a pasta these tasty recipes. Mangia! 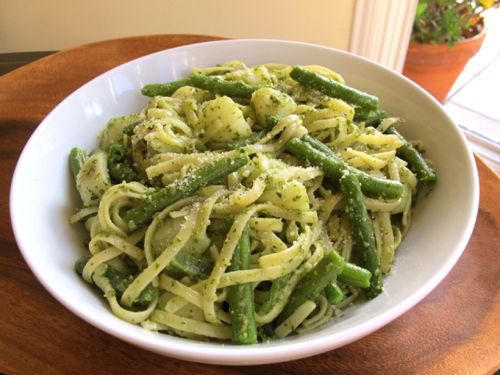 The Shiksa in the Kitchen  Ligurian Pasta Trenette 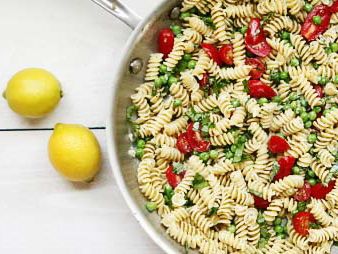 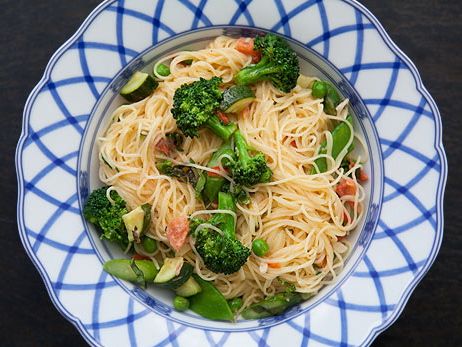 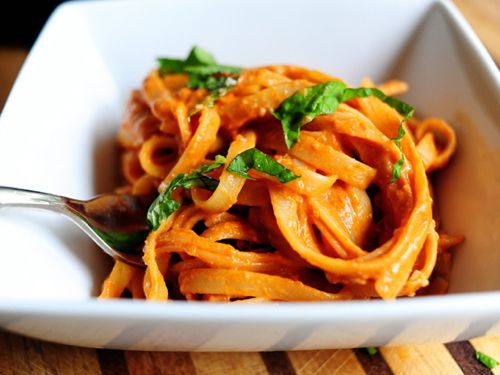 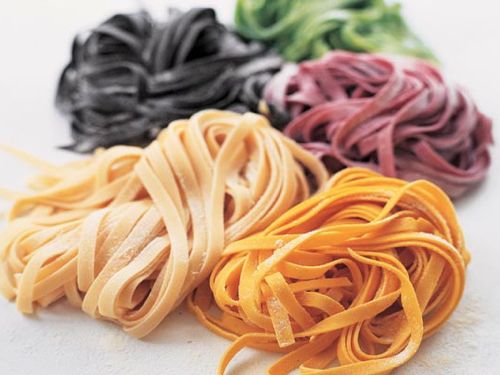