Saturday marks the 50th anniversary of the Apollo 11’s epic mission to the moon, which journalist and author Marc Kaufman says he remembers watching on TV when he was a college student.

For Kaufman, it planted the seed that became his interest in writing about space science and exploration. And for many, watching Neil Armstrong and Edwin “Buzz” Aldrin walk on the moon for the first time showed the possibilities beyond Earth. 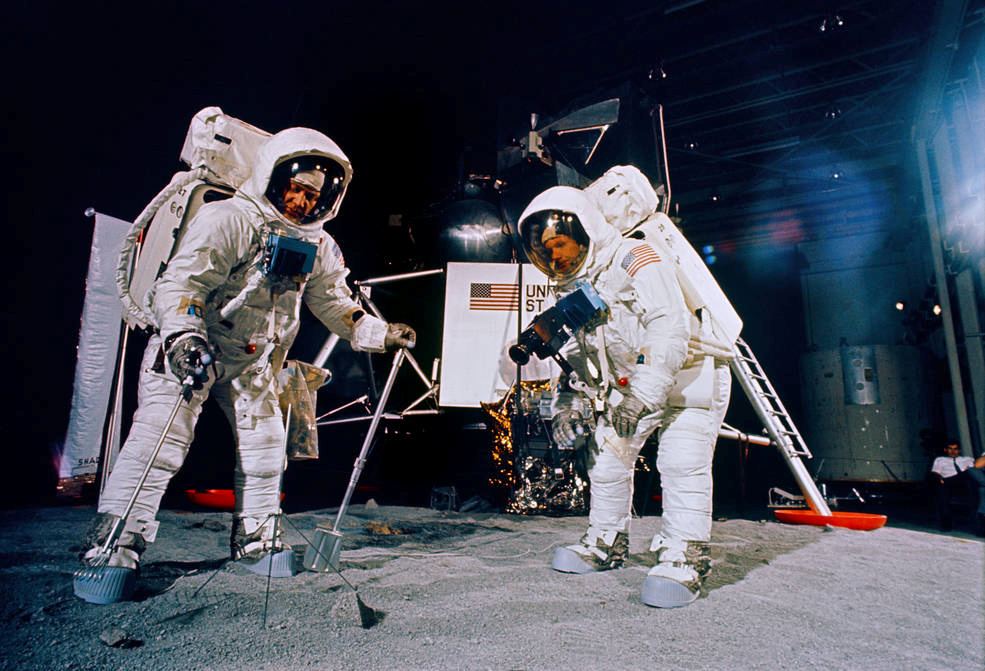 Kaufman covered NASA for the Washington Post from 2006 to 2013, and has since authored two books about space, “First Contact: Scientific Breakthroughs in the Search for Life Beyond Earth” (2011) and “Mars Up Close: Inside the Curiosity Mission” (2014). He now writes the NASA-supported online column “Many Worlds,” which can answer many of your space-related questions.

To relive and understand more about the Apollo 11 mission — from what actually happened between takeoff and landing, to why no one has returned to the moon since — Kaufman recommends the best of what you should read and watch to understand the historic anniversary.

This recently unveiled website (www.ApolloinRealTime.org) provides it all when it comes to the Apollo 11 first-humans-on-the-moon mission: all mission control film footage, all TV transmissions and onboard film footage, 2,000 photos, 11,000 hours of mission control audio, 240 hours of space-to-ground audio, and all onboard recordings. It covers from before takeoff to after landing. It even provides running Apollo Flight Journal explanations and commentary about what is being said and done.

ApolloinRealTime is the creation of Ben Feist, who has worked with NASA before to create websites that put the viewer/listener/explorer in the midst of a mission. You can watch and listen as events unfold, you can scroll to some of the iconic moments and let their enormous excitement sink in, you can see and hear for yourself the faces and voices of pretty normal men and women (alas, not very many women back then) as they experience a journey that was not normal at all.

2. A Man on the Moon, The Voyages of the Apollo Astronauts, by Andrew Chaikin 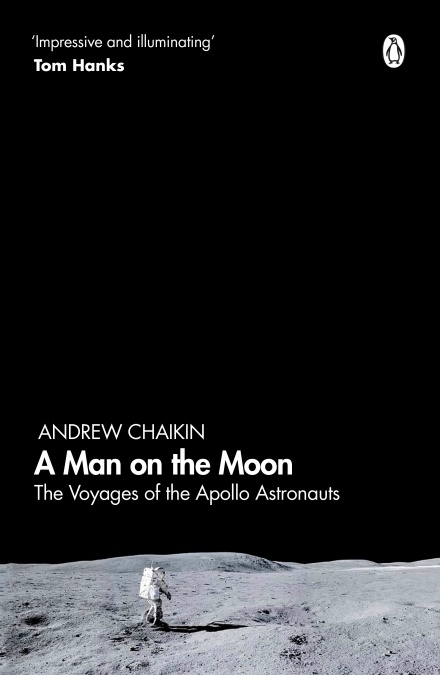 This recounting of the Apollo era, first published in 1994 after a decade of interviews with 24 astronauts and untold numbers of NASA and other officials, puts the Apollo 11 landing into its much larger human, scientific and engineering context.

Starting with the 1967 deaths of the three Apollo 1 astronauts in a launchpad fire and to the final Apollo 17 mission, the book gives an in-depth account of what happened and why. And that means not only glory and success, but also failure and the necessary lessons learned. The book sticks closely to the Apollo narrative most of the time, leaving the geopolitical meaning of the moon missions to others.

Getting Neil Armstrong and Buzz Aldrin to the moon and back was a remarkable feat. Getting the three astronauts floating in a broken, moon-bound space capsule back to Earth safely was perhaps an even greater one. And, I would argue, even more dramatic.

Cooper’s story was first published in The New Yorker in 1972 as “An Accident in Space,” and I remember being unable then to put it down. It is no less gripping in book form.

And as for the movie, it also told more about the inherent risks of spaceflight and the inventiveness of some at NASA than anything I had read. What’s more, it has Tom Hanks as astronaut Jim Lovell and the classic line, “Failure is not an option,” originally spoken by Apollo 13 flight director Gene Kranz in Houston.

4. After Apollo? Richard Nixon and the American Space Program, by John Logsdon 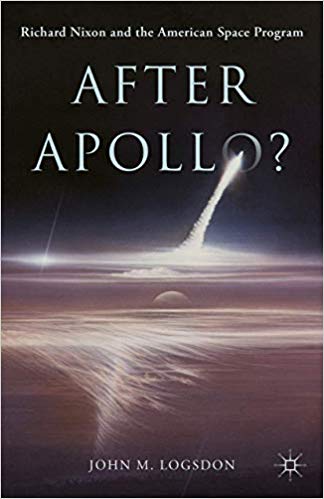 Have you ever wondered how and why the glories of the Apollo era have never been repeated? Why nobody has returned to the moon? Why no American astronaut has left low-Earth orbit since 1972?

As explained in this definitive work by the founder and longtime director of the George Washington University Space Policy Institute, it’s really pretty simple: During the Apollo years, NASA was allocated as much as 4.5 percent of the federal budget. By 1974, it had gone down to under 1 percent and has been well below that level ever since. Logsdon describes the logic and consequences of this decline.

5. Apollo: VII – XVII, by Floris Heyne and others

If your interest in Apollo tends toward the visual, then this 2016 coffee-table photo collection might be your path into the landing anniversary. From 27,000 NASA images, the authors have selected, retouched and artfully displayed 225 of the seldom-seen to iconic Apollo mission pictures. Considering that the project started as a “Kickstarter” in Amsterdam, it too is quite an achievement.