“When you see yourself reflected in literature…it enlarges your ideas of what is possible for you.”

Those are the words of novelist Jesmyn Ward, who recently told NewsHour correspondent Jeffrey Brown that when she was a child, she wished she could have had the chance to read “about an 8- or 9-year-old girl of color who was having some amazing adventure in some magical place.”

Children’s books can offer vital visibility and representation, as well as teach us to see experiences beyond our own. In 2016, 22 percent of children’s books were written or illustrated by, or written about, people of color, according to the Cooperative Children’s Book Center at the University of Wisconsin, which has tracked these statistics since 1994.

At the Georgetown Day School Lower and Middle School Library in Washington, D.C., librarian Kay Miller strives to create a “window” that “allows the reader to learn about other realities and experiences that differ from their own,” and to act as a mirror to reflect the reader’s own life.

The library publishes reading lists for different grades, with books that highlight diverse characters and storylines to present different perspectives and an outlet for children and parents to discuss issues of diversity and tolerance.

“We don’t always buy the most popular books, but instead focus on diversifying our collection based on social or cultural identifiers: race, ethnicity, gender, sexual orientation, ability, religion, age, and socioeconomic status,” Miller said. “Sometimes the books explicitly discuss these social identifiers for the child reader, and others we hope an adult will bring to the surface some of the more subtle ways in which the book presents” them.

Here are Miller’s five recommendations for children’s books that teach about diversity: 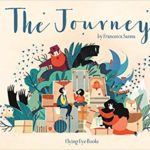 In light of what is happening now [with refugees], I think this story really captures the feeling of what it is like to escape a war-torn region, and the reader will feel a lot of empathy toward the characters. It’s from the point of view of a child having to leave their country and flee to a country they perceive to be safe, but there is a lot of uncertainty. 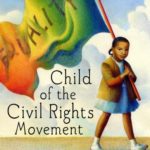 This is a story written from the perspective of the child who is right in the middle of the planning for the historic march from Selma to Montgomery, Alabama. It’s great for an adult to read to a child, because all of the questions they might have about the march are answered from the girl’s perspective. 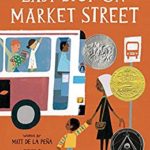 The Newbery Award Winner in 2016, this book can create a lot of conversation on many levels. As you’re reading the book, you wonder where the main characters are going to go — and you might be wrong about what you guess. It make us adults think of our own biases and opens up the child to understanding the stereotypes the boy and the grandma see in the book. 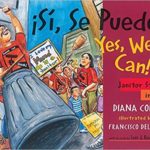 This story is from the perspective of a young boy whose mother is a janitor who works at night, and he never sees her. Then she says she will lead the Los Angeles janitors’ strike. It’s a book where families can talk about socioeconomic status, and that just because you work very hard doesn’t mean you are financially wealthy. 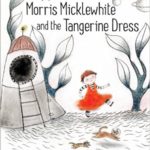 5. “Morris Micklewhite and the Tangerine Dress” by Christine Baldacchino, illustrated by Isabelle Malenfant (2014)

This is about a boy who wears a dress to school and his classmates tease him. This book really delves into gender identity and also what it means to be “masculine” in today’s society. 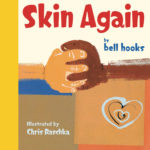 This is very straightforward in talking about skin color. It talks about how one skin color should not define who you are, and how we may perceive a person by their skin color because of implicit biases, but that we all have worth.

Left: In 2016, 22 percent of children’s books were written or illustrated by, or written about, people of color. Photo by Getty Images