5 books from 2017 that these authors think you should read

Memoirs that make you think about judgment and injustice, a funny — but unexpectedly dark — novel, and a guide to a happy marriage. Here are five of authors Daniel Pink and Ann Patchett’s favorite books of 2017. You can hear more of their picks on tonight’s PBS NewsHour. 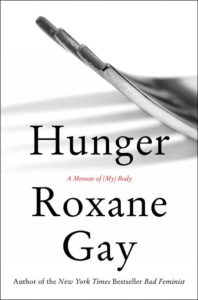 “It’s a book on Roxane Gay’s life. She was raped as a child, she didn’t tell anyone. Didn’t tell her parents. … She just continued to eat as a way of building a wall between the world and herself,” said Patchett. “I think it’s a terrific book for anyone who’s had addiction problems (and) who’s dealing with people who have addiction problems. Or maybe anybody who feels that they’re a little bit judgmental. The idea is you take care of yourself, I’ll take care of myself … a very, very moving and important book.” 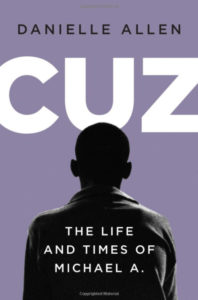 2. “Cuz: The Life and Times of Michael A.” by Danielle Allen (Memoir)

“This one is also a memoir. It’s written by Danielle Allen, who’s a political theorist at Harvard. … Her aunt Karen had a son named Michael, and Michael got in trouble with the law big time, when he was about 15 years old,” said Pink. “This is a story about, how did one cousin go one way, and this other cousin become a professor at Harvard? But it’s also about her attempts, and her family’s attempts, to save this kid, who, admittedly did some really terrible things, but at another level was a victim of circumstance. … You read this book feeling a sense of despair and injustice, but also wanting to do something about it.” 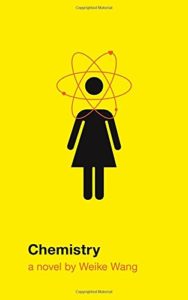 “You start to read it and you think it’s almost chic-lit. It’s funny, it’s snappy, its sentences are very crisp and short. It’s about a young woman who’s getting her PhD in chemistry at Harvard and the farther you go into it, the darker it gets,” said Patchett. “She’s a first-generation Chinese-American. It’s about the pressure of her parents and the complete crack-up as she can’t bear the pressure of trying to fulfill everybody else’s expectations.” 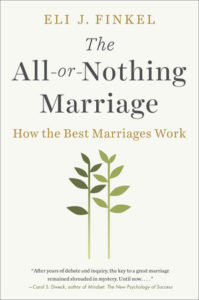 4. “The All or Nothing Marriage” by Eli Finkel (Non-fiction)

“Finkel’s big point here is that while the institution of marriage, in general, in America is declining, the best marriages today are better than any time in history,” said Pink. “He traces the history of marriage in America from … essentially an economic pact, to later on, about love and companionship to today, where he argues that marriage is very much about self-expression — I want a partner who can help me become my best self and self-express.” 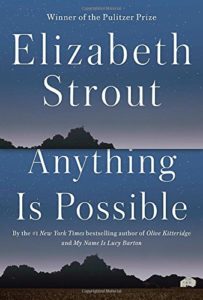 5. “Anything Is Possible: A Novel” by Elizabeth Strout

“For those of you who enjoyed ‘My Name is Lucy Barton’ last year, these are connected stories that surround Lucy Barton’s life and her town where she grew up,” said Patchett. “I was glad to get more information about these people. Boy, as I went along in this book I went from thinking it was a good book to thinking it was brilliant. It just gets deeper and more complicated. She ranges out so far in every direction with the Lucy Barton character. And it is every bit as good if not better than the first.”