AIDS activists fought for public recognition. This exhibit shows their lives at home

After a long day of marching, what do protesters do when they go home?

In the imagination of painter Hugh Steers, they return to the tender care of lovers. Or they may return to a routine of medications. Historian Stephen Vider reveals these and other intimate narratives in the lives of individuals affected by the HIV/AIDS epidemic. His curation of “AIDS at Home: Art and Everyday Activism” opened on May 23 at the Museum of the City of New York.

It examines the role the domestic sphere has played in the HIV/AIDS epidemic from the 1980s to the present as a space for activism, social support and changing definitions of family. Vider seeks to expand visitors’ understanding of the American history of HIV/AIDS, what constitutes activism and who was affected by the crisis.

Designed to look like an apartment, the exhibit combines photographs, video, objects and paintings to create an intimate, homelike feel, with a mix of archival material and historical ephemera. 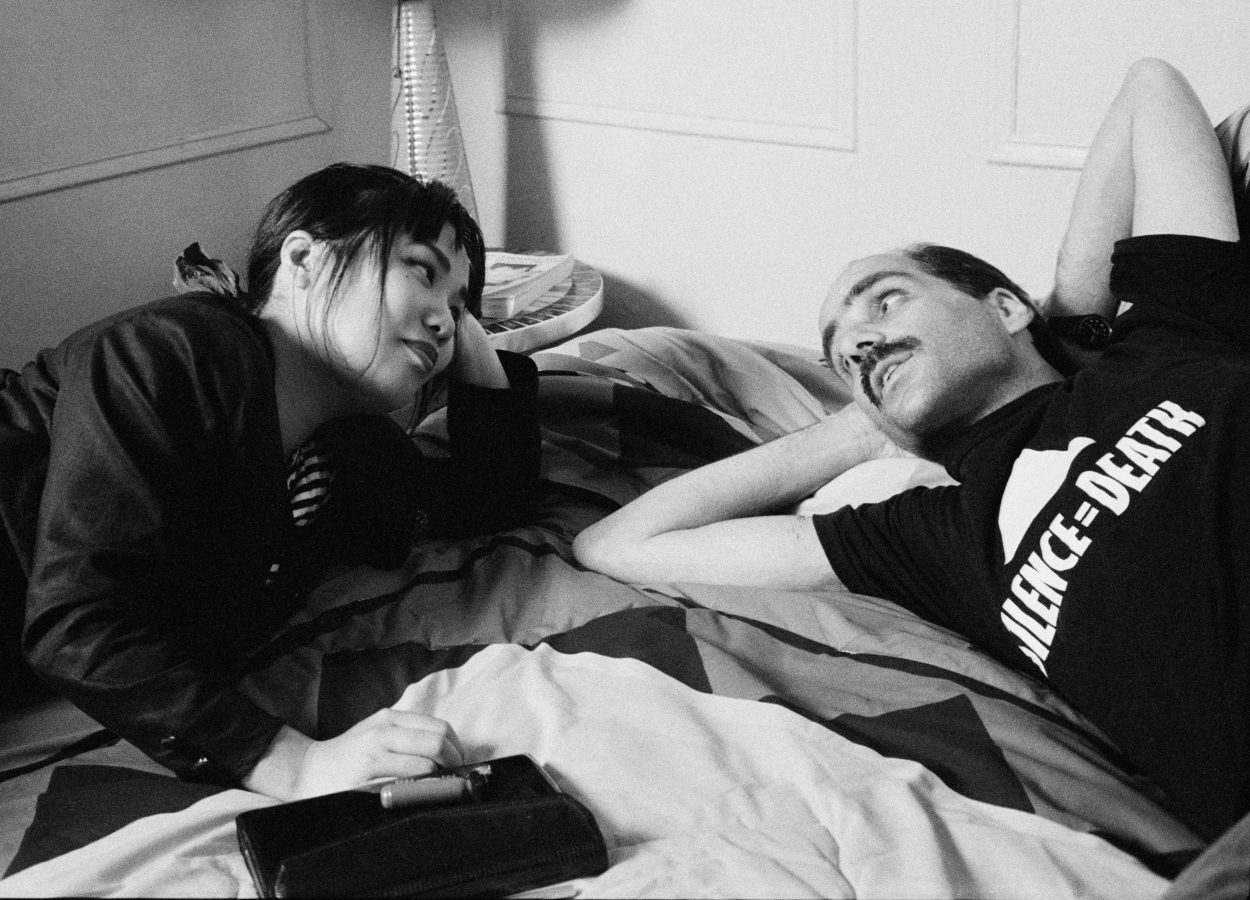 According to Vider, a postdoctoral fellow at the museum, HIV/AIDS history is typically seen through one of two lenses: through the public activism of organizations like ACT UP, or through the history of how doctors have treated the virus.

As the virus progressed in the U.S. during the early 1980s, discrimination against people with HIV/AIDS was often accepted in the name of health and safety. HIV-positive employees faced possible firing or ostracism at work, while some healthcare providers denied patients with HIV from receiving medical services, including abortionsd and dental care. HIV-positive children could be kicked out of schools. For more than two decades, people with HIV were barred from entering the United States, a ban President Barack Obama lifted in 2009.

But those frameworks, he argues, can obscure the intimate domestic world supporting the activists who fueled the AIDS movement. Analyzing the private lives of HIV/AIDS activists reveals common themes that have persisted throughout the multi-decade epidemic.

“People with AIDS were often treated kind of as pariahs and were really dehumanized,” Vider said. “That kind of treatment continued even after people knew that you weren’t going to catch HIV from casual contact. That kind of stigma persists.”

Vider obtained numerous works for the exhibit by visiting artists in their homes and studios and listening to their stories about HIV/AIDS activism. “I really see curating as a kind of community engagement,” Vider said. 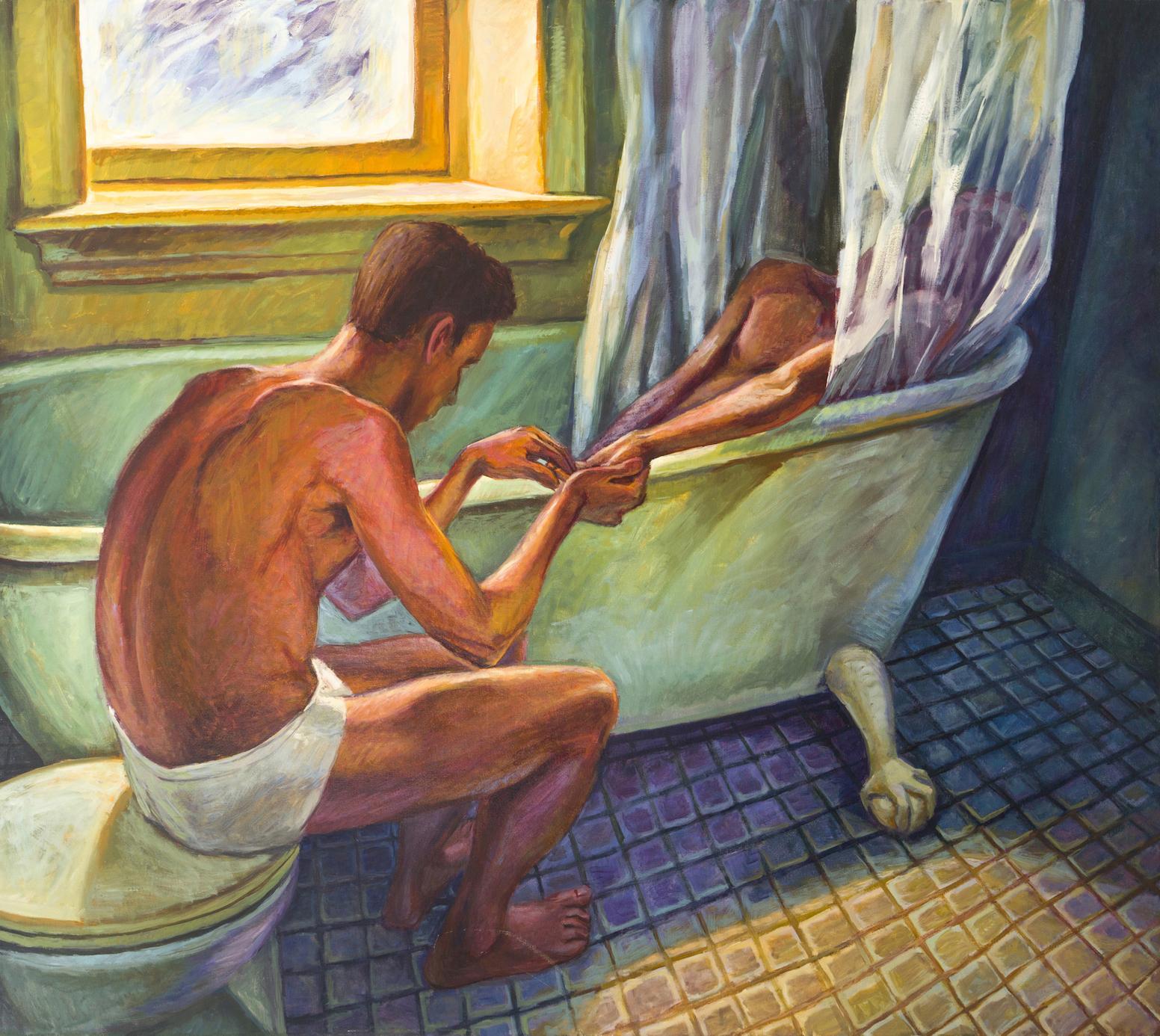 The domestic sphere has often served as a respite from the stigma that accompanied the virus.

Ignorance about HIV/AIDS, combined with prejudice against gay men, people of color, and people who use drugs, encouraged the fear of people who had the virus. Stigma particularly affected communities of color, especially black churches, some of which would not hold funerals for members who died after contracting HIV.

The exhibit attempts to cut through these stigmas by humanizing people with HIV/AIDS, showing everyday lives that were not defined by the virus. 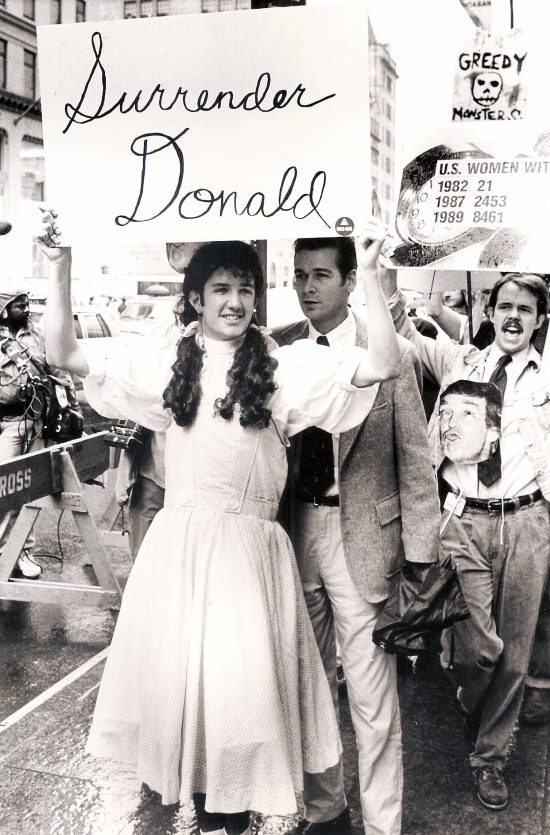 Lee Snider, ACT UP member Ronny Viggiani at a demonstration at Trump Tower, October 31, 1989. Courtesy of Lee Snider/Photo Images. On Halloween 1989, the ACT UP Housing Committee organized a protest at Trump Tower to advocate for greater city resources to address the rising rates of homelessness among people with AIDS. Image courtesy of the City Museum of New York

This is an important aspect of public education, according to Dr. Robert Fullilove, Professor of Clinical Sociomedical Services at Columbia University Mailman School of Public Health.

“The most important tool we have in the prevention agenda is one that begins with creating community awareness,” he said. “If you are prejudiced in some way against a person who’s exposed to HIV, if you make it clear that there’s not even space to talk about, discuss, or mention things that might be done to make things better, then all of our efforts to create community wide awareness … are going to fail.”

The exhibit is sorted into three sections that focus on caretaking, housing and family, attempting to show how everyday tasks, from providing emotional to support to taking people with HIV/AIDS to doctor’s visits, can be forms of activism. Vider said that in the wake of the virus, social ties for people with HIV/AIDS become precarious, and in the absence of adequate medical and social services, home and family served to fill in the gaps.

“You see the larger support of family around them and the families that come out of crisis and illness,” Vider said.

The exhibit also reveals how the AIDS epidemic forced many out of their homes because of loss of insurance, skyrocketing medical bills and eviction. A photograph of an ACT UP protester outside Trump Tower drew attention to the then-real estate developer’s receipt of tax abatements. The city, at the time, was neglecting to allocate funds to the rising homeless population among people with HIV/AIDS.

The family portion of the exhibit features an installation about the landmark Braschi v. Stahl Associates Co New York State Court of Appeals case, which marked the first time state law recognized a gay couple as a family.

“It makes an argument about the right to self-determination of the family, that they are a family because they function as a family sand the state should follow. It’s a much broader vision of what family could be,” said Vider.

The exhibit calls on visitors to examine the populations often neglected in mainstream discourse about HIV/AIDS, including women and communities of color. Initially thought to predominantly affect white gay men, today HIV/AIDS poses the most severe threat to communities of color. 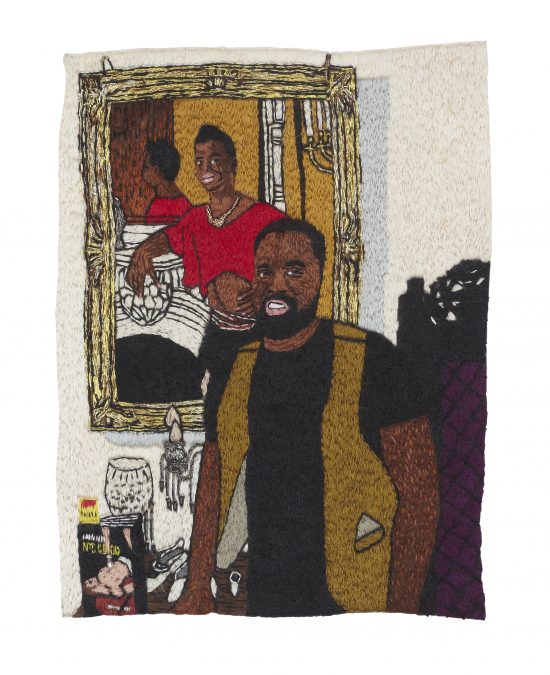 “L.J. Roberts, Chaplain Christopher Jones at Home in Harlem, 2017. Since 2011, L.J. Roberts (b. 1980) has created intricate embroidered portraits of activists and artists, bringing an expansive view of family to a traditional domestic form. Here the artist depicts HIV/AIDS activist, writer, and chaplain Christopher Jones at his Harlem townhouse with a portrait of his partner hanging on the wall behind him.” Image courtesy of the City Museum of New York

The Centers for Disease Control and Prevention estimates with climbing HIV diagnosis rates, “half of black gay men and a quarter of Latino gay men [will] be diagnosed with [HIV] during their lifetime.” Risk of HIV/AIDS infection is particularly high in the southern and southeastern U.S., with black men who have sex with men at the greatest risk for infection.

According to Fullilove, the epidemic can be attributed to oppression. The War on Drugs and mass incarceration exacerbated the HIV/AIDS crisis, as black and Latinx individuals convicted for minor drug offenses were at the greatest risk for HIV exposure, given already-elevated rates of HIV/AIDS in their home communities.

And a record of incarceration complicates the process of securing stable housing, which impedes the maintenance of life-saving treatment regimens and increases mortality rates, according to advocacy organization AIDS Watch.

“The evidence is clear, the less stable the housing, the more difficult it is to manage an HIV infection,” Fullilove said.

“Health is not just medical attention,” Vider said. “It’s about emotional care and about all the different ways that home and family are meaningful. Creating home and family and creating art are themselves acts of activism with lasting effects for people.”

“AIDS at Home: Art and Everyday Activism” runs until October 22.