In the image captured in 1962, dance maestro Alvin Ailey looks defiant. Rhea Combs also sees something else when she looks at the black-and-white image. To her, the fact that photographer Jack Mitchell captured the performer shirtless is a visual metaphor, as if Ailey is telling the viewer, “I’m just baring my chest to the world and giving my all,” Combs said. 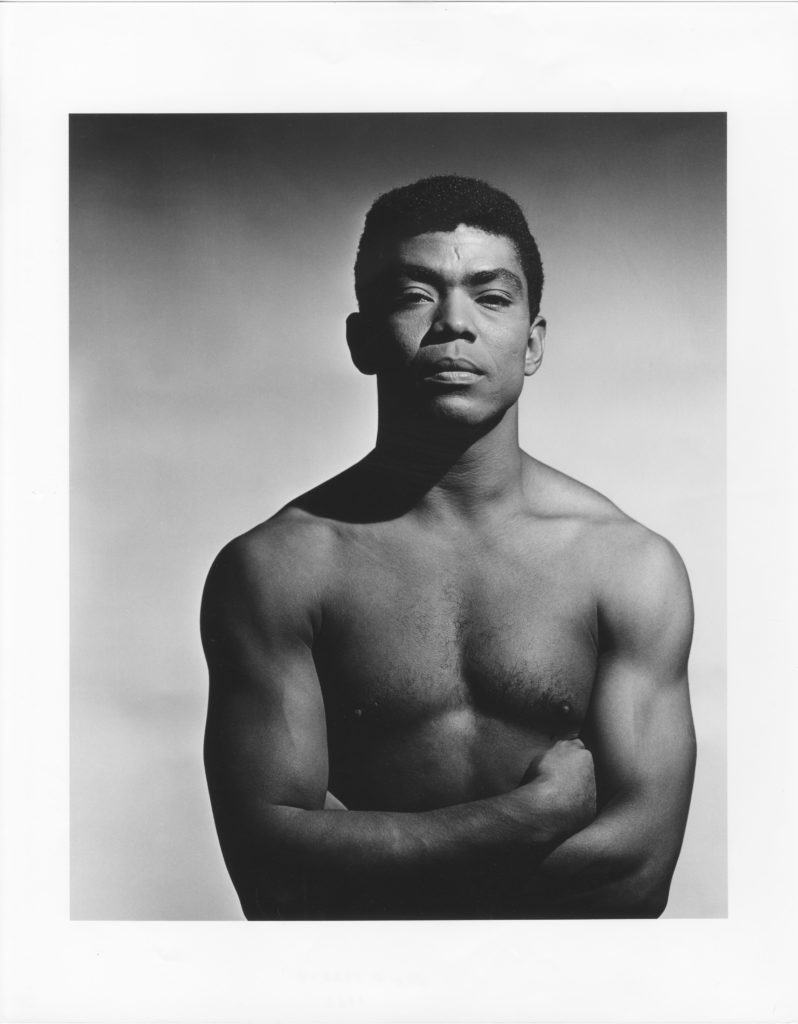 “[Ailey] has a clear-eyed vision and [is] unapologetic,” Combs, a curator at the Smithsonian’s National Museum of African American History and Culture, said of the photo. “And I think that embodies who he was and the type of vision he had for the company.”

The photo is one of more than 10,000 black-and-white prints, contact sheets and color slides, among other memorabilia, that the museum made available online for the 30th anniversary of Ailey’s death. Mitchell’s photos, which helped promote the company over decades, capture the Alvin Ailey American Dance Theater from 1961 to 1994, offering a window into the way Ailey pushed dance forward.

Ailey initially founded the company in 1958 to give more opportunities to black dancers. His productions were celebrations of African American history and culture, honoring what he described as the “trembling beauty” of the African American cultural experience — “sometimes sorrowing, sometimes jubilant, but always hopeful,” and how he translated it to modern dance.

MORE: 9 books about dance that will change how you see the art form 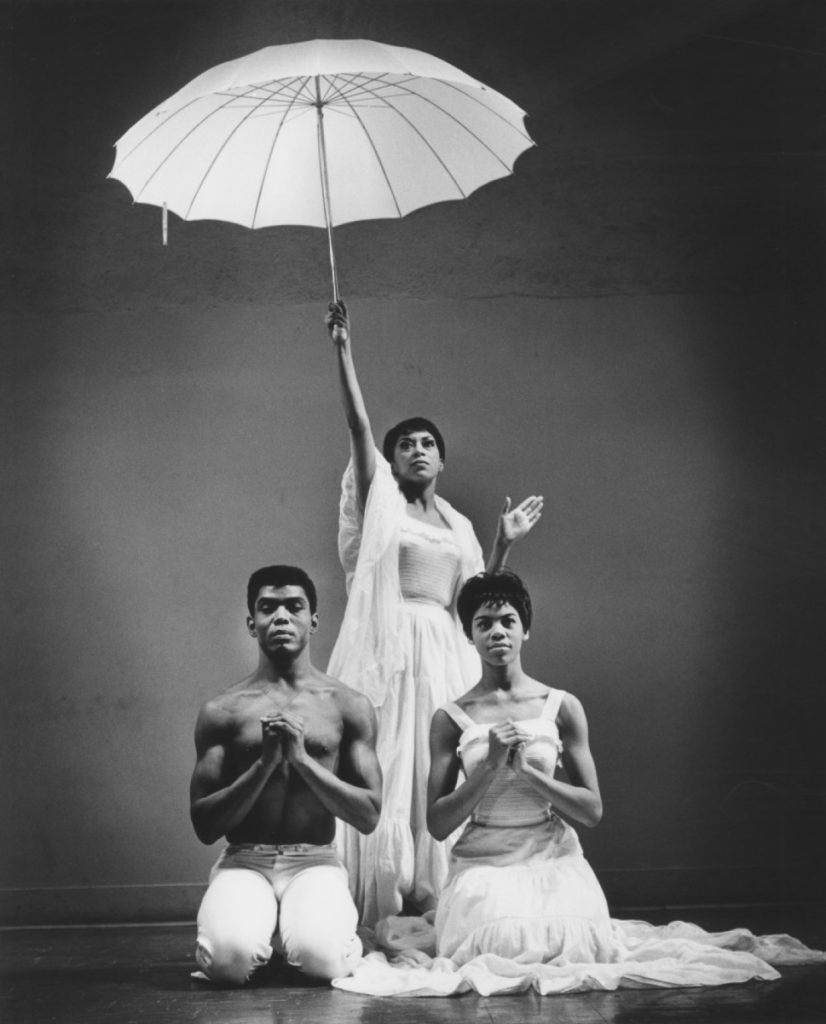 One example in the company’s repertoire, and a perennial favorite among audiences, is “Revelations,” a piece that draws from Ailey’s earliest memories of growing up in rural, segregated Texas, tracing the African American story in the U.S. from slavery to freedom. The production is buoyed by the gospel songs and other spirituals Ailey heard in black churches growing up.

Years later, he opened his troupe to all dancers, reflecting his belief that modern dance has universal appeal.

Ailey’s vision for the country meant “understanding that one, this art form — that art — can be a bridge to bringing people together, and then furthering that by literally presenting people of black and white together onstage,” Combs said. 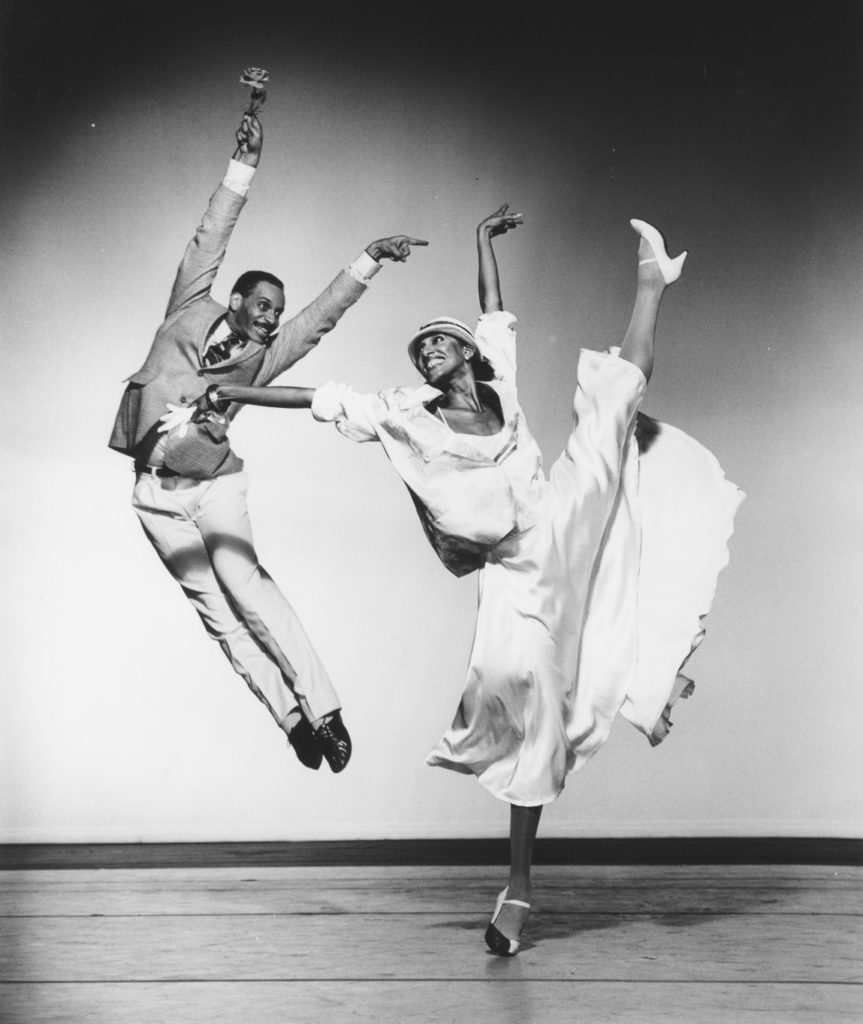 Mitchell, in his own way, was able to translate Ailey’s productions into images that showed off the company’s technical prowess, and how the dancers made their difficult movements look graceful.

Mitchell wasn’t a dancer, Combs said, but he understood the importance of rhythm and timing, and was able to anticipate movement that was going to happen before his camera. His lighting also supercharged the drama of the movements. “That is part art and part science,” she added.

Today, during the pandemic, the dance company has been making select historical performances of its many other productions available through its “Ailey All Access” online portal. The company’s current performers, too, have been dancing together, while social distancing, with its “#TheShowMustGoOn” and “Dancer Diaries” series.

The PBS NewsHour spoke with Combs about the museum’s trove of images and what photos capture that video of dance may not.

How do you capture movement through still images? What can photos capture that videos of dance cannot?

It is documenting — and sort of cementing — a moment in time when it is such a fleeting and very fluid movement. And it’s sort of taking that moment, which can be very quick and transparent, and historicizing it. When you’re just watching or seeing it on video, sometimes you can get caught up in the actual dance movement that you lose some of the sort of technique and technical difficulty that is also being articulated through the still image.

Was there anything in particular that stood out in Mitchell’s photographs of the dance company, anything that kind of revealed themselves to you?

I think what stood out for me are a couple of things. The diversity in terms of the dancers: their range of age, their range of physicality, their gender. [Another] aspect [was] the way in which [Mitchell] could capture something, someone. So, for instance, this one. 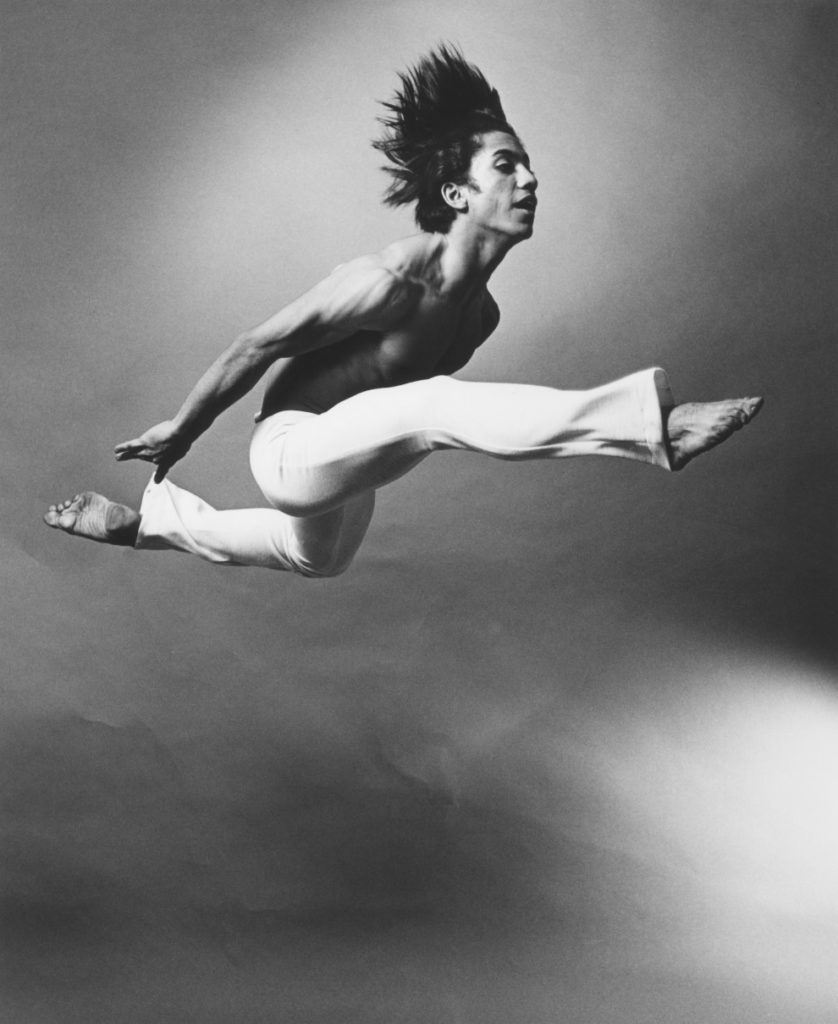 It’s obviously studio lighting. But the way in which it’s the back lighting gives you this kind of sense of — , oh, I don’t know. He’s floating literally. He looks like he’s floating in space. But there also is such a precision, in terms of the dancer’s legs — his toes pointed, his arms back, and his torso at such an angle — that you see all of the technical difficulties associated with this dance move. So you wonder about the timing of Jack Mitchell’s ability to catch a movement. At the same time, it feels as though you look at this and think, “Well, is the person dangling from a string? And he just did a Photoshop afterward?” With the hair being up, you’d know that there is sort of movement and motion that we’re also experiencing. And so I think that was one of the things that I was also struck by — with the physicality and the athleticism — but [also] the grace within the athleticism that Jack Mitchell was able to capture with the photos.

What made Ailey’s productions so vital to how we think about modern dance today?

Alvin is a true American genius. Coming from humble roots in Texas and moving to California at an early age with his mother and having this vision of using the culture, from which he was very proud and grew up, and manifesting it in this sort of physical form. … It was literally like the living embodiment of growing up and being a black person in America. 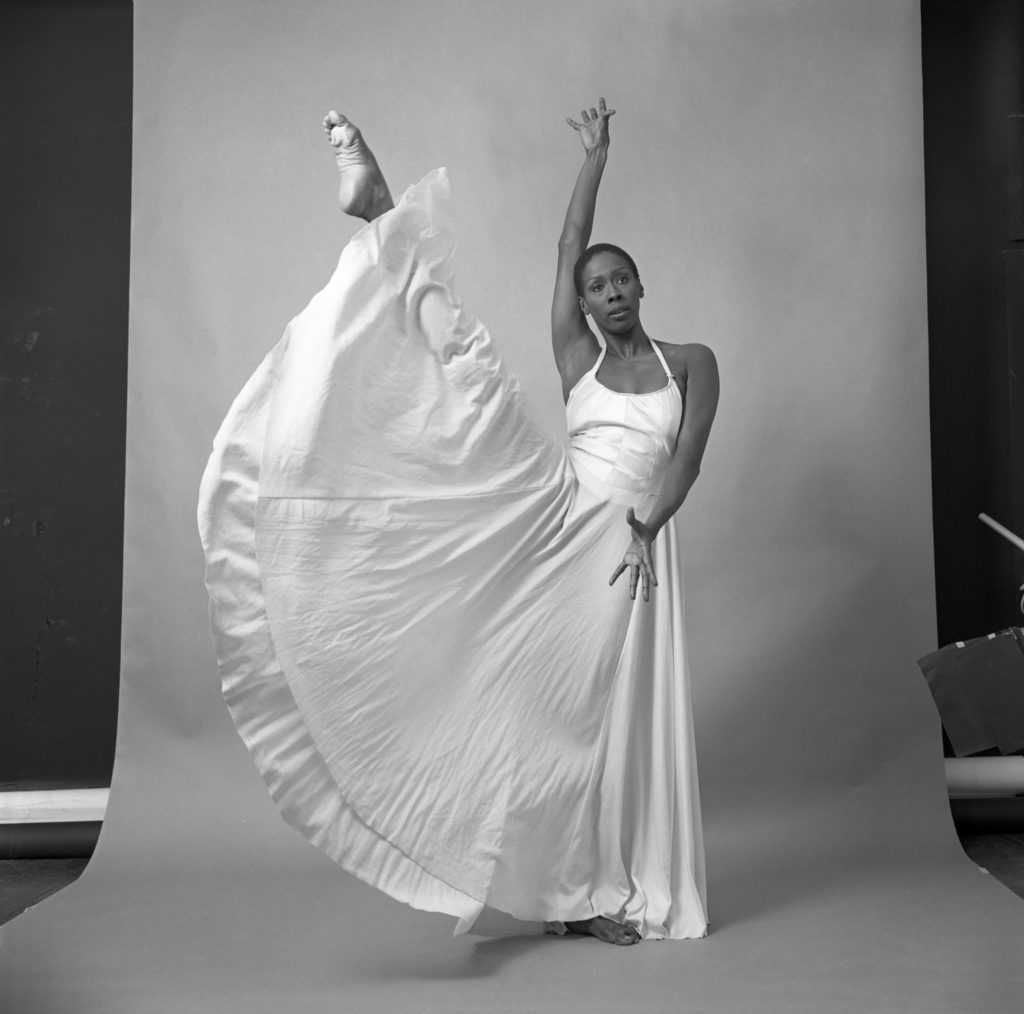 Coupled with that was the very difficult and sort of physically defying dance moves that are still being taught and trying to be mastered today. He had a varied background in terms of his training — from classical dance to modern dance, there are Caribbean influences — and he was able to incorporate all of those and push the boundaries of dance … understanding the history of African Americans in this country, and the trials and tribulations, and the contortions, either physically and metaphysically that people had to go through. I think that that’s a pretty powerful and remarkable thing to do. And he did it with an interracial dance company at a time when the stringent and strident social and cultural segregation was just sort of entrenched. I think that all manifest[ed] in the dance suites, in the choreographies that he chose to create, in the dance moves that he helped to spearhead, and in his overall vision for the country.

It was pretty strict and elitist, and it had limitations in terms of creating a perspective of what was appropriate dance forms and what wasn’t considered high art — and he pushed against all of that. There were racial stratifications. There were class perspectives of what were standards of beauty, what was an appropriate-looking dancer’s body. And that typically was someone pale skin and very svelte, thin and tall. That ballerina classical dance form. And because he had experienced modern dance, Caribbean dance with Katherine Dunham and a whole host of dance from around the world, he railed against those perspectives. But yes, the dance community, I think, was and still is quite rigid in terms of its perspectives of what it is supposed to be. 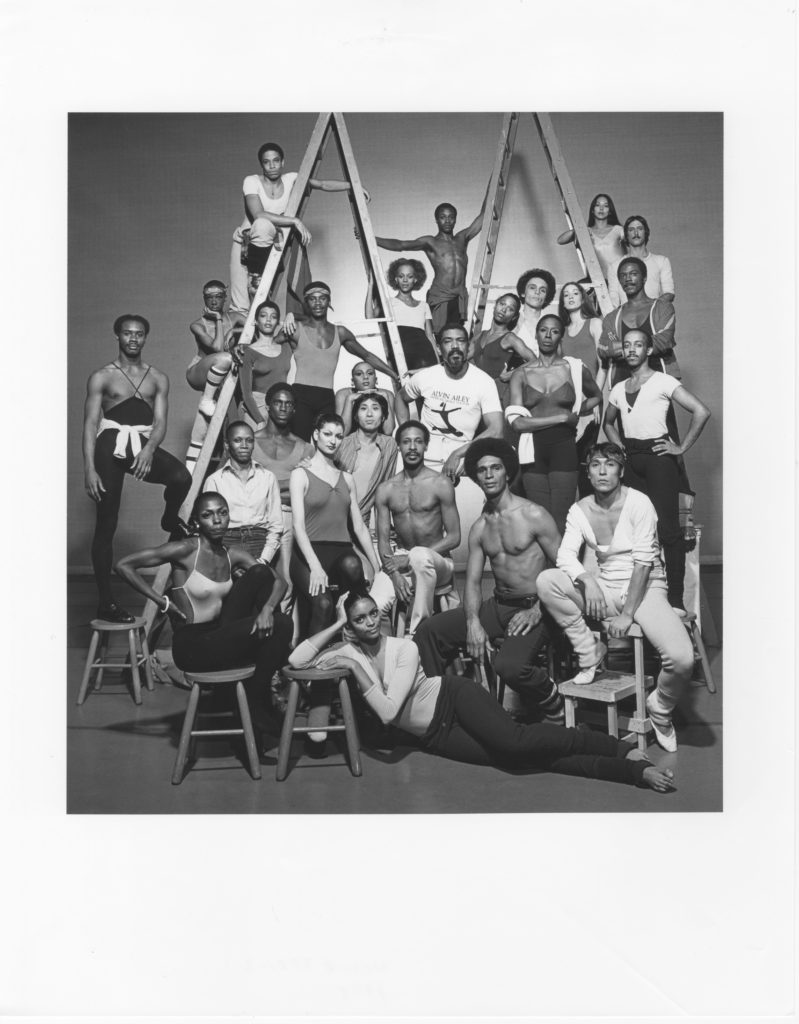 It seemed like Mitchell and Ailey established a pretty comfortable rapport with one another, and a cameraman has to earn the trust of their subjects. I was wondering if that came across in the photos.

I read that Jack would be around and Alvin Ailey wouldn’t have even finished choreographing something. For an artistic director to feel that they’re going to let someone see something while it’s still in process, to me, speaks of a certain level of trust. And the fact that Jack Mitchell knew that he would still be able to get something, while they’re still figuring it out, is pretty remarkable because usually people want everything to be already set situated, developed and fully practiced and rehearsed.