Monticello has always been filled with the rich history of its most famous resident, Thomas Jefferson, whose story has been told and retold through the years. But the plantation — nestled in mountains in Charlottesville, Virginia — has also had to reckon with its painful history of slavery. In addition to being the third president of the United States and writer of the Declaration of Independence, Jefferson owned more than 600 people.

“In African-American families, you don’t often hear what they did.”

In a long-anticipated move, signage, tours and public statements on the estate now all indicate without a doubt that Jefferson fathered the six children of enslaved woman Sally Hemings. No question.

One example is a display on the first kitchen with a “stew stove” of the kind Jefferson admired in Paris where he served as the U.S. ambassador to France in the 1780s. Sally Hemings’ brother, James, was trained in French cooking in Paris and used the stove at Monticello. The main addition — which until recently was a public restroom — is a display on the life of Sally Hemings and one of two rooms researchers now believe she lived in. Her story is told in the words of her son, Madison, who gave an oral history of life at Monticello in 1873.

Two family descendants who have been tracking their own history and the ways Monticello has chosen to tell the larger story of their ancestors, and slavery in general, talked with PBS NewsHour correspondent Jeffrey Brown. 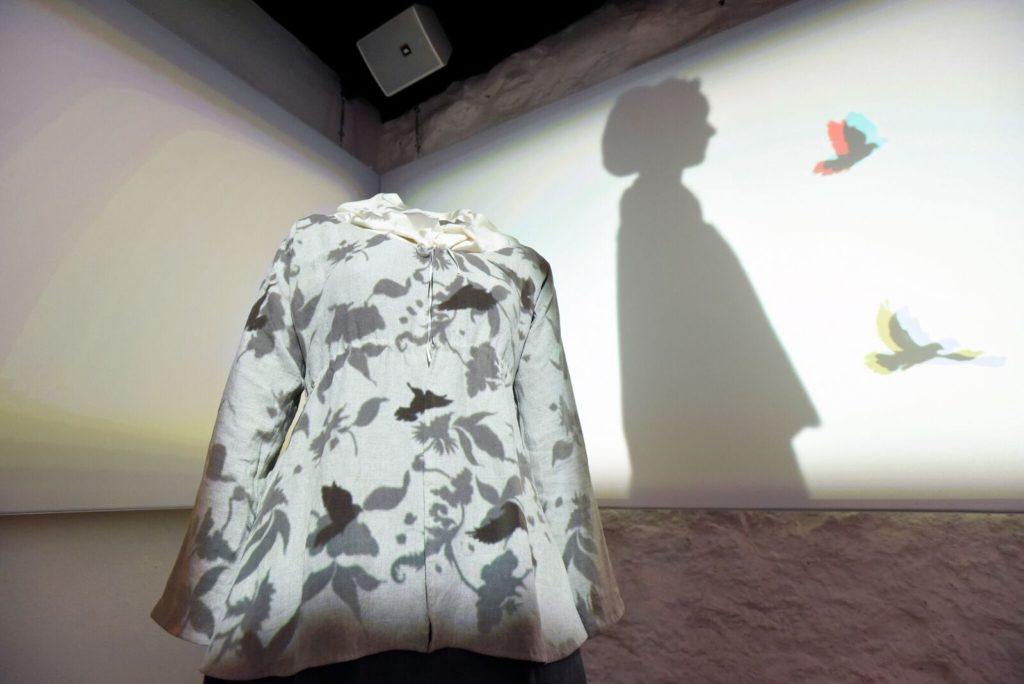 Without any existing images of Sally Hemings, Monticello uses a bust and silhouette to represent her. Photo by PBS NewsHour

Diana Redman, 70, is a direct descendant of Sally Hemings and Thomas Jefferson. Andrew Davenport, 28, is the great- great- great- great grandson of Sally’s brother, Peter. Both told the NewsHour that their grandmothers inspired their interest in digging further into their pasts.

Redman, a retired government worker living in Gahanna, Ohio, says she has a racially mixed heritage and grew up culturally as an African American.

“(My grandmother) told me I was related to a president, but she didn’t know which one!” she said. “One of my cousins whom I had met had the documentation of what had been passed down orally. It was interesting to be able to find history and eventually document it.

“In African-American families, you don’t often hear what they did,” Redman continued. “They were here from the get-go. They were here fighting for the independence of this country.

“To be asked that question, to have someone listen, particularly from the Thomas Jefferson Foundation, was monumental and sacred.”

Davenport, who is starting a doctoral program at Georgetown in the fall to focus on the Monticello diaspora, said that when he “graduated Kenyon College in 2012, I broke my foot and was unemployed so I had a lot of free time. I began to pepper my grandmother with questions about our family. What I learned eventually led me to Monticello, where researchers had for years been speaking with descendants of enslaved peoples and learning from their oral histories.”

He hadn’t known much about his enslaved ancestors until this time. In addition to his African-American heritage, he has Irish and German roots as well.

As part of “Getting Word,” an oral history project at Monticello that locates and records descendants of enslaved families, Davenport says that the last question researchers ask is, what do you want the world to know about your family? “To be asked that question, to have someone listen, particularly from the Thomas Jefferson Foundation, was monumental and sacred.”

Left: At Thomas Jefferson's Monticello estate, a visit through the past offers an updated understanding. Jeffrey Brown talks with Diana Redman, 70, a direct descendent of Sally Hemings and President Thomas Jefferson, and Andrew Davenport, 28, who is descended from Sally’s brother, Peter Hemings.