Their moon-bound spacecraft wrecked by an oxygen tank explosion on April 13, 1970, the astronauts urgently radioed, “Houston, we’ve had a problem here.”

Screenwriters for the 1995 film “Apollo 13” wanted to punch that up. Thus was born “Houston, we have a problem.”

Even more artistic license was taken with NASA flight director Gene Kranz’ mobilizing speech to his team in Houston.

Kranz never declared, “Failure is not an option.”

Ask Kranz what he actually told flight controllers, and he rattles it off without a moment’s hesitation a half-century later.

“I have never lost an American in space, sure as hell aren’t going to lose one now. This crew is coming home. You got to believe it. Your team must believe it. And we must make it happen.” 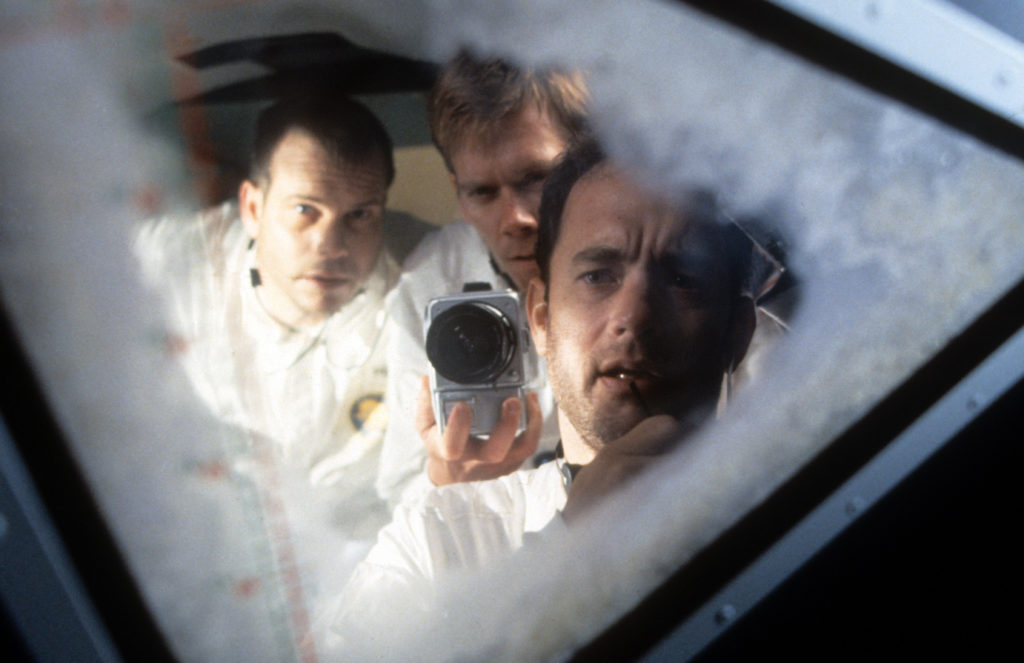 Bill Paxton, Kevin Bacon, and Tom Hanks looking out ship window in a scene from the film ‘Apollo 13’, 1995. (Photo by Universal/Getty Images)

Kranz said the moviemakers came up with “Failure is not an option.”

Kranz constantly finds himself setting the record straight — “in fact, every time I speak.”

“I try not to plagiarize,” he said with a laugh.

He did borrow the phrase for the title of his 2000 autobiography.