A work by the elusive street artist apparently self-destructed in front of startled auction-goers on Friday, moments after being sold for 1.04 million pounds ($1.4 million).

The spray-painted canvas “Girl With Balloon” went under the hammer at Sotheby’s in London, fetching more than three times its pre-sale estimate and equaling a record price for the artist.

Then, as an alarm sounded, it ran through a shredder embedded in the frame, emerging from the bottom in strips.

Sotheby’s — which had noted before the sale that the work’s ornate gilded frame was “an integral element of the artwork chosen by Banksy himself” — expressed surprise at the incident.

“It appears we just got Banksy-ed,” said Alex Branczik, head of contemporary European art at the auction house.

The auction house said it was “in discussion about next steps” with the buyer. Some art-market watchers have suggested the work could be worth even more in its shredded state. 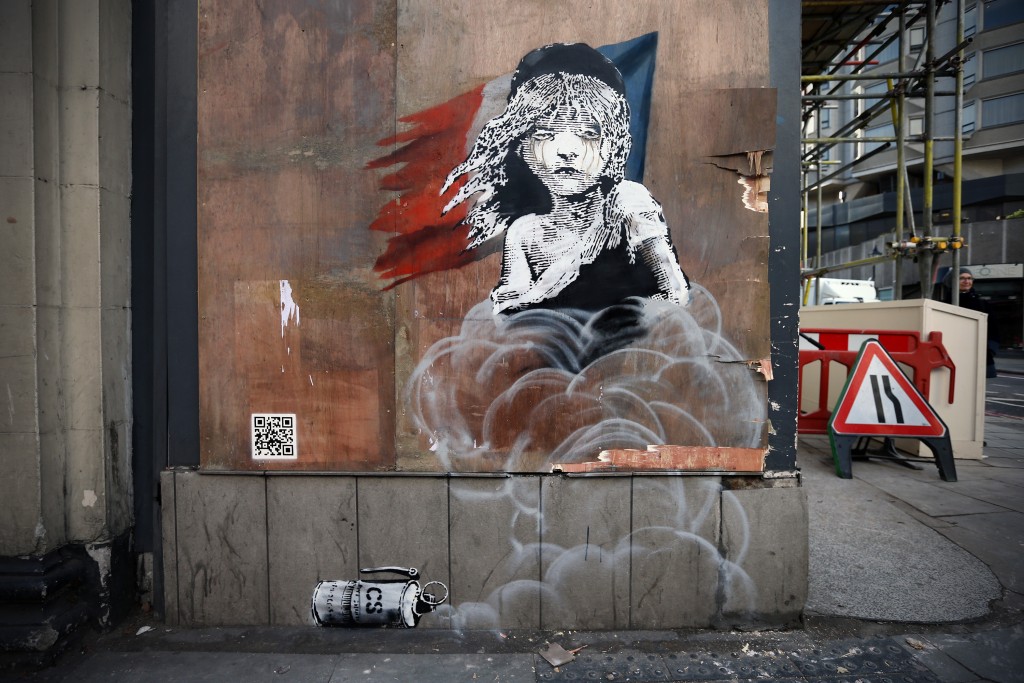 A Banksy artwork is pictured opposite the French embassy on January 25, 2016 in London, England. The graffiti, which depicts a young girl from the musical Les Miserables with tears in her eyes as CS gas moves towards her, criticizes the use of teargas in the ‘Jungle’ migrant camp in Calais. Photo by Carl Court/Getty Images

“We have not experienced this situation in the past . where a painting spontaneously shredded, upon achieving a record for the artist,” Branczik said. “We are busily figuring out what this means in an auction context.”

Banksy is not the first artist to deconstruct his own work. In the years after World War II, German-born artist Gustav Metzger pioneered “auto-destructive art,” creating paintings using acid that ate away the fabric beneath.

Banksy, who has never disclosed his full identity, began his career spray-painting buildings in Bristol, England, and has become one of the world’s best-known artists. His mischievous and often satirical images include two policemen kissing, armed riot police with yellow smiley faces and a chimpanzee with a sign bearing the words “Laugh now, but one day I’ll be in charge.” 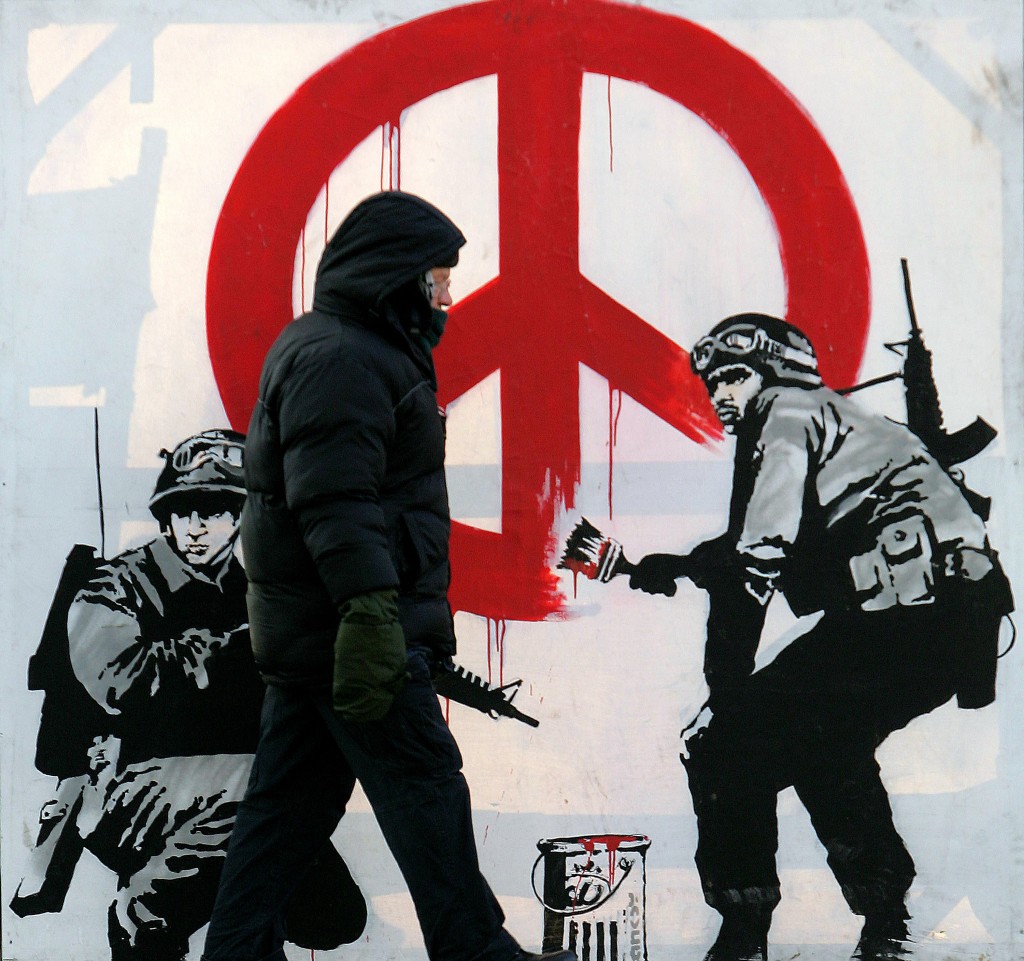 A man walks past a recently added anti-war graffiti art by British artist Banksy on Parliament Square, in Westminster in London February 28, 2006. Photo by Toby Melville/Reuters

He also has a penchant for elaborate pranks.

In 2005, he hung an image of a spear-toting ancient human pushing a shopping cart in the British Museum, where it remained for several days before being discovered. The next year he smuggled a life-sized figure of a Guantanamo Bay detainee into Disneyland, and in 2015 he erected a full-scale dystopian theme park — “Dismaland” — by the British seaside.

“Girl With Balloon,” which depicts a small child reaching up toward a heart-shaped red balloon, was originally stenciled on a wall in east London and has been endlessly reproduced, becoming one of Banksy’s best-known images.

Left: An employee walks with Banksy's "Girl and Balloon" 2009, at Bonhams auction house in London on March 23, 2012. Photo by Luke MacGregor/File Photo/Reuters