Born behind bars, this literary genre has ‘grown up’ to resonate with young adults

Victor L. Martin is on the verge of leaving his North Carolina prison cell as a leader in a culture of expression that was born behind bars and is now flourishing on the outside, especially among young, black girls.

Eighteen years after he led police on a chase in a stolen car and then tried to escape prison, Martin is a month away from releasing his 13th book, “Pretty Boy Huslterz,” in a bustling genre called urban literature. This genre was resurfaced by self-made entrepreneurs, often black women and many from prison. While North Carolina and other state prisons have tried to suppress this type of writing, Martin fought for it in federal court.

Now the books, which were initially sold by street vendors and in grocery stores, can be found in libraries, schools and bookstores, read by younger audiences who might not know how the genre — which is sometimes called “urban fiction” or “street literature” — emerged.

“I write about things I long for,” said Martin, whose sentence was based on a questionable claim by police. “In one book, ‘Nude Awakening 3,’ the main character finally meets his real father. I never met mine.”

In 2008, prison guards confiscated his only copy of a 310-page, handwritten manuscript — what was supposed to be his fourth book — and put him in solitary confinement for a year.

“I found out that it’s true that the pen is mightier than the sword.” – Victor L. Martin, urban literature author

The local American Civil Liberties Union took up his case and accused state corrections of violating the First Amendment in federal court, alleging guards were punishing inmates for writing. The lawsuit led to a settlement that saw 10 disciplinary infractions against Martin overturned.

“I just wanted to make it so everybody could be able to write without getting punished,” Martin said. “I didn’t cross any lines. I didn’t do no stupid stuff. I found out that it’s true that the pen is mightier than the sword.”

Martin said writing has become his mental escape, saving him from joining a gang or getting into more trouble in the countdown to his release on September 14, 2018, four days before his mom’s birthday. 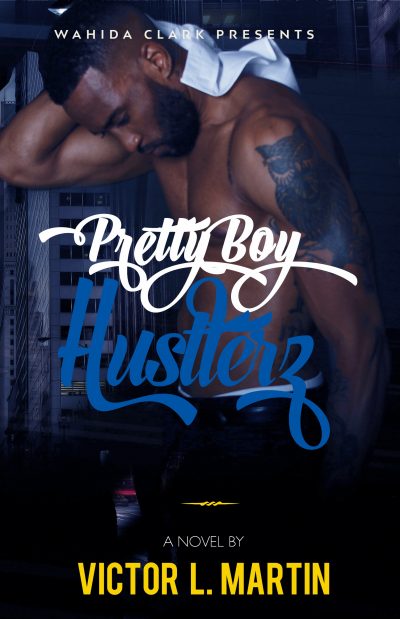 And since his first book was published in 2004, urban literature has “grown up,” said Wahida Clark, one of the most prominent authors within the genre who is publishing Martin’s next book.

Initially known for its lurid takes on street life, with scenes of hustlers, blood, fast money, drugs and sex saturated with profanity, the books were alarming to some parents when they reached kids whose reading interests were overlooked by teachers.

Clark wrote her first book, “Thugs, and the Women who Love Them,” on a legal pad from a federal prison in Lexington, Kentucky, and published it in 2003. It was not meant for teens. But Clark remembers one of the first times she heard teenagers were reading her work.

“I remember this specifically, I was downtown in Trenton, New Jersey. A mother came up with her daughter and she thanked me because [my book] was the only thing her daughter would read,” Clark said. “I also remember receiving an article of a teacher who was upset because my content is so raw, the students were reading it and he said, ‘This is just outrageous’.”

One academic writing a dissertation for the University of Maryland Graduate School studied this new resonance and found that some young black girls were reading these books because they helped them explore constructs of beauty and gender roles, relationships, and sex.

After discussing three books with six 10th graders at a public charter school on the East Coast, Simone Cade Gibson found in 2009 that the books helped them break away from one-dimensional portrayals of black women in mass media.

She also found that they were not relating to the characters so much as learning from their mistakes or moral decisions.

Librarian K.C. Boyd in Chicago, a prominent advocate for the genre within the education system, said it helped change the reading culture at one of Chicago’s most troubled schools.

Within a year of putting titles such as “Keysha’s Drama” by Earl Sewell on the shelves of Wendell Phillips Academy High School’s library, the school jumped from one of the lowest-ranking in Chicago’s public school system to high-performing.

Boyd, who was the school’s librarian at the time, said urban literature continues to be one of the most popular genres in the libraries she oversees.

“The impression is that people in the black community don’t read and that’s the exact opposite; they do,” Boyd said. “I’ve watched kids blossom, their grades improve, their dealing with problems at home through this genre.”

Out of prison since 2007, Clark is now a New York Times best-selling author with more than a dozen books, and an upcoming stage production. Her publishing company also has a line for young adults.

Critics of the genre say it reinforces stereotypes about black people, lacks sustenance or writing technique. One of the most outspoken has been Nick Chiles, an author and journalist who used to be the editor-in-chief of Odyssey Couleur.

An opinion piece he wrote in 2006 for The New York Times, “Their Eyes Were Reading Smut,” set the tone for that criticism. In 2009, he said in an interview that “it doesn’t appear that writers approach the work with a desire to say anything remotely profound.”

Other people also spoke out in a 2011 documentary, “Behind These Books.”

But Porscha Burke, a publishing manager at Random House, likened this type of attention to the kind that hip-hop received when it emerged in the 1980s and 1990s.

“As a girl who was kind of raised in the hip-hop industry, yeah, my stance on that
is, ‘Get a grip,’” she said. “The content is the same, the audience is certainly the same. They’re coming from very similar neighborhoods using the power of words and the creativity of predominately black art.”

While Martin puts pieces of himself into all of his books, the story of why he is in prison is the hardest one to tell.

He takes responsibility for stealing a 1993 Acura and the police chase to Dead End Road in Craven County on October 7, 1999. He also admits to Tasing a guard while trying to escape prison on January 10, 2000. But nearly half of his sentence was for a crime he denies.

He said that a Craven County Sheriff’s deputy hit his car during the chase. That deputy claimed the opposite in court after his attempted prison escape, saying that Martin hit him. The original Department of Motor Vehicles report from the incident does not document any injuries and states that Martin “attempted to pass” the patrol car before the collision.

Afraid of a longer sentence in a trial, Martin took a plea deal.

The same person was later discharged for stealing a weed wacker from the Sheriff’s
Office. The NewsHour Weekend was unable to reach him, and the Craven County Courthouse destroys minutes from inside the courtroom 10 years after a case is closed. 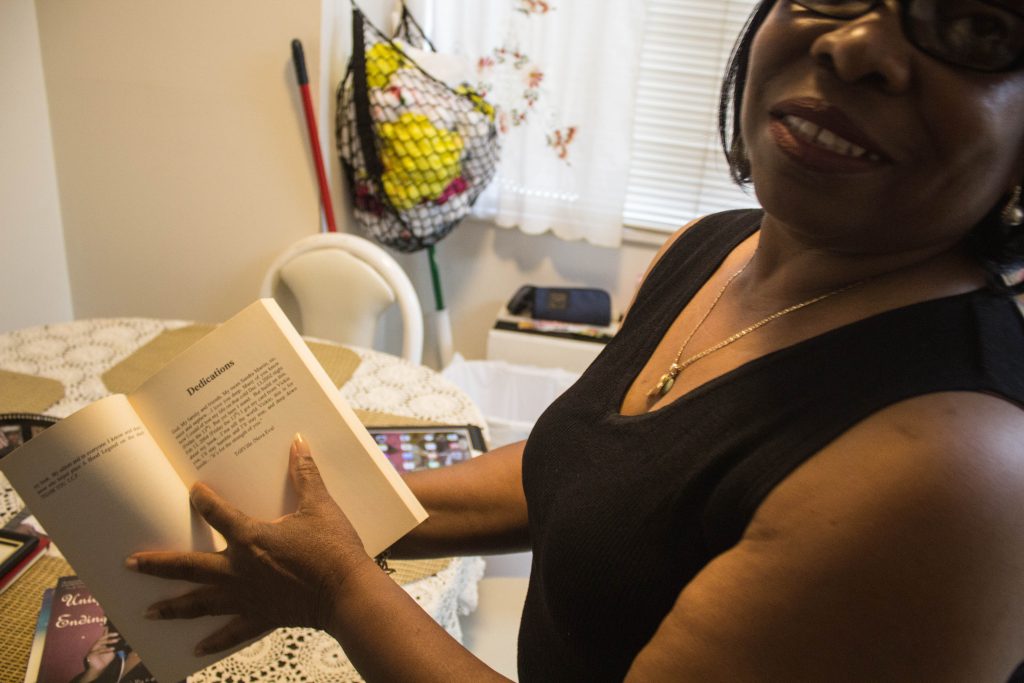 Victor L. Martin’s mother Sandra Martin points to where she is mentioned in the book in her Brooklyn house. Photo by Kamala Kelkar

His former boss, Sheriff Jerry Monette, who has led the Craven County Sheriff’s office for 23 years, vouched for the former deputy’s character, saying he didn’t think of him as someone who would lie, but, “Hey, anything’s possible. His credibility at this point would probably be not good at all.”

“This injustice was ignored since the day I was convicted in 2000,” Martin said in a
six-page letter describing the circumstances. “Now here I still stand, at the age of 41, no kids and with 18-years of prison on my shoulders. I’ve carried this bitter pill.”

Martin’s mother, Sandra Martin, talked about his circumstance while sitting in her kitchen in Brooklyn, with his books, drawings, pictures and cards he had sent sprawled on the dining table. Sad that he missed the birth of his niece, who is now 13, and the passing of his grandfather, Martin said she “cried and cried and cried” the day he was sentenced.

She calls him her baby boy, he’s her only son, and she is mentioned in the dedications of his books — the only part she reads.

Left: A picture of Victor L. Martin, a leading author of urban literature, when he was in the Marines. Photo by Kamala Kelkar