This archive holds a history of LGBTQ trailblazers in Brooklyn

The Brooklyn Academy of Music revealed its newly-digitized archive this week, a collection of thousands of images, clippings and performances dating back to the 1860s.

The archive, which was four years in the making and funded by the Leon Levy Foundation, drew on BAM’s long history as a performance hub in downtown Brooklyn, New York. Containing 70,000 items and released during a month of LGBTQ pride celebrations, it also holds traces of important moments in LGBTQ history, when writers and performers brought their singular experiences to Brooklyn audiences.

We asked Sharon Lehner, director of archives at BAM, to highlight several of those moments. 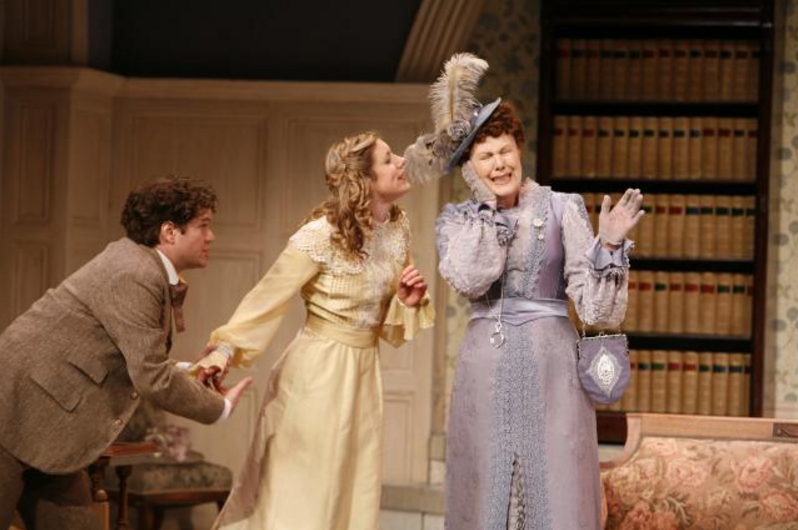 Robert Petkoff, Charlotte Parry and Lynn Redgrave in the dress rehearsal of “The Importance of Being Earnest” during BAM Spring Series, 2006. Photo courtesy of BAM

At the start of 1882, a 27-year-old Oscar Wilde disembarked from a voyage across the Atlantic, ready to begin a whirlwind speaking tour across the U.S. and Canada. He arrived with a provocative, newspaper-ready take: “I was very much disappointed in the Atlantic Ocean. It was very tame,” he reportedly told the New York Sun, spurring bemused headlines across the country, according to an archive by writer John Cooper.

From the week he arrived in the U.S., the New York press heavily featured Wilde in its coverage of society parties, and the writer — still obscure to many Americans at the time — quickly gained notoriety. His first lecture in New York on Jan. 9 was sold out to more than 1,000 people. That month, Wilde also visited then-62-year-old Walt Whitman in New Jersey, where the two spent an afternoon discussing literature, fame and poetry and drinking elderberry wine. “I have the kiss of Walt Whitman still on my lips,” he would later boast, wrote Wilde biographer Neil McKenna.

Several weeks later, Wilde arrived at the Brooklyn Academy of Music for a lecture on the English Renaissance. In a review that detailed Wilde’s flamboyant style — “dress coat, low white vest, knee-breeches, black silk stockings, and pumps” — The New York Times called the lecture “incomprehensible” and noted that a group in the audience grew mocking, beginning to “applaud when there was no occasion for applause.”

The review was one among many mixed reactions to Wilde, who drew praise from papers like The Cincinnati Enquirer and derision from other quarters. “We doubt if there are any persons in America who take Mr. Oscar Wilde’s present venture seriously,” wrote The Saint Paul Globe of Saint Paul, Minnesota, two days after Wilde’s lecture at BAM.

On Nov. 7, 1889, Amelia Edwards held a lecture at BAM on Egyptian antiquities. Image courtesy of BAM

Born in 1831, Amelia Edwards was a British writer and a pioneering scholar of Egyptology. When Edwards traveled to Egypt in 1873, she was an accomplished novelist, having produced books such as “Barbara’s History” (1864) and “Lord Brackenbury” (1880). She was also a prolific travel writer, often journeying alongside her partner Ellen Drew Braysher. But her trip up the Nile spurred a passion for Egyptian history that would last the rest of her life, leading her to advocate for the preservation of Egyptian landmarks and co-found the Egypt Exploration Fund.

In her book “A Thousand Miles Up the Nile,” which chronicled that voyage, Edwards wrote of seeing the Great Pyramid of Giza:

More impressive by far than the weightiest array of figures of the most striking comparisons, was the shadow cast by the Great Pyramid as the sun went down. That mighty Shadow, sharp and distinct, stretched across the stony platform of the desert and over full three-quarters of a mile of the green plain below. It divided the sunlight where it fell, just as its great original divided the sunlight in the upper air ; and it darkened the space it covered, like an eclipse.

Edwards’ lecture at BAM in 1889 was one of many she gave that year and the next, in a tour that was hailed by newspaper critics. Last year, her grave in Bristol, England, was listed at Grade II to recognize it as a site of British LGBT history. She is buried alongside Braysher. 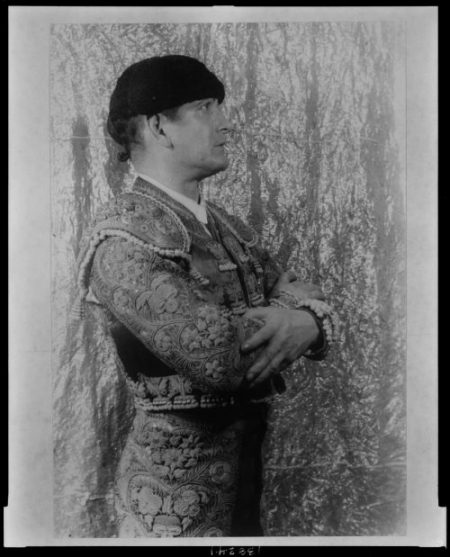 Sidney Franklin held a lecture on bullfighting at the Brooklyn Academy of Music on April 8, 1931. Photo by Carl Van Vechten courtesy of BAM

Sidney Frumkin was born in 1903 in Brooklyn to Russian Jewish immigrants. In 1923, at the age of 19, he left home and traveled to Mexico City, where he entered his first bullfight at the Chapultepec Arena in Mexico City. His appearance there “was the whim of a native promoter who thought the spectacle of a ‘gringo’ pursued around the ring by a fighting bull would provide patrons with laughs,” wrote The New York Times in 1976.

But his courage in the ring impressed the crowd, and Frumkin — who had changed his name to Franklin — continued to fight. He met Ernest Hemingway in 1929 and the two struck up a friendship, with Hemingway praising Franklin in his book “Death In the Afternoon.” He wrote:

“Franklin is brave with a cold, serene and intelligent valour but instead of being awkward and ignorant he is one of the most skilful, graceful and slow manipulators of a cape fighting today. … You will find no Spaniard who ever saw him fight who will deny his artistry and excellence with the cape.”

Throughout the 1930s, Franklin tried to acquaint his hometown with bullfighting, lecturing at BAM in 1931 and holding exhibitions on bull-dodging at the World’s Fair in Queens, New York, in 1939.

Franklin biographer Bart Paul told the Los Angeles Times in 2010 that Franklin was “never outwardly gay, as we would think of being out today. As Barnaby Conrad said, if they had known, it would have killed him as a bullfighter in Spain. Not that there weren’t bullfighters who were gay. It was just a culture of machismo.” 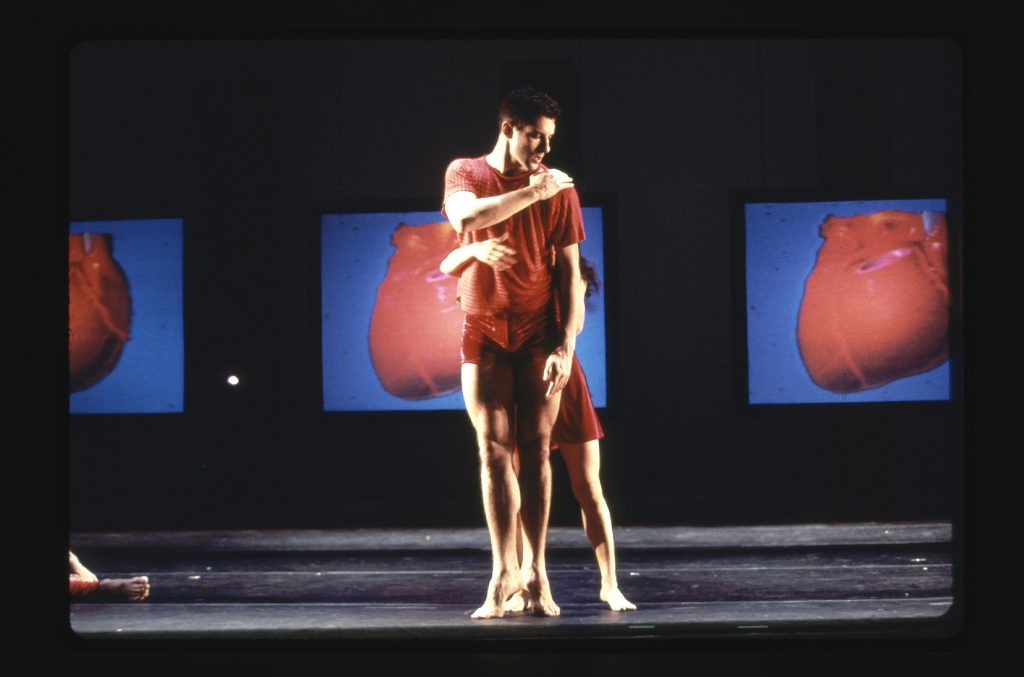 In the early 1990s, Bill T. Jones was already famous as a performer and choreographer of boldly political work. Jones has long been “firmly rooted in the values of the 60s, in his commitment to racial and sexual inclusivity,” John O’Mahony of the Guardian wrote in 2004. But “Still/Here” — a piece about survival and illness that premiered in 1994 — would be a new landmark achievement for him.

For nearly 20 years, Jones worked with Arnie Zane, his partner and creative collaborator who died in 1988 of complications from AIDS. The Advocate, an LGBTQ magazine, printed that Jones was HIV-positive in 1990, an experience that he chronicled in his memoir. “Most of us, with or without HIV, are burdened with the perception, justified or not, that being HIV-positive equals death. Once again, I found myself an outsider. This I refused to accept,” he wrote.

To develop “Still/Here,” Jones created workshops in 10 cities around the country where volunteers discussed their experience with illness. He incorporated their stories into the piece, which blended spoken recordings, music and images of people in those workshops, presenting illness as a universal experience — a counterpoint to the public image of AIDS as uniquely terminal. It debuted at BAM in November 1994, about two months before AIDS would be declared the leading cause of death for 25-to-44-year-old Americans at the time.

The piece was meant to “evoke the spirit of survival,” Jones told Bill Moyers in 1997. “For me as a person who has to deal with his own possible early death, I was looking for people who were dealing with the same thing,” Jones said.

Left: Napoleon Sarony took this photo of Oscar Wilde in 1882 after arriving in the U.S. for a lecture tour. Photo via Wikimedia Commons