For most of us, software errors are best forgotten.

But those errors are front and center in “Constructs & Glitches,” a new sculpture series by Christopher Stuart, which draws several of its forms from technological mistakes.

As Stuart began the series, which recently appeared on display at The Future Perfect during New York Design Week, he envisioned a set of sculptures made from modified geometric forms. He began drafting the objects in 3D CAD design software, a program that turns designs on paper into digital 3D models.

But he ran into a glitch: certain sets of calculations would produce unexpected angles, shapes that bent the design in odd directions. “It would produce these weird surface anomalies,” he said.

In the past, Stuart would work around those issues in the software. This time, he saw a different set of possibilities in the errors.

“When the glitches occurred while I was in this state of mind, I saw them as the automatic version of what I was doing. So it’s almost like the software was one-upping me,” he said. 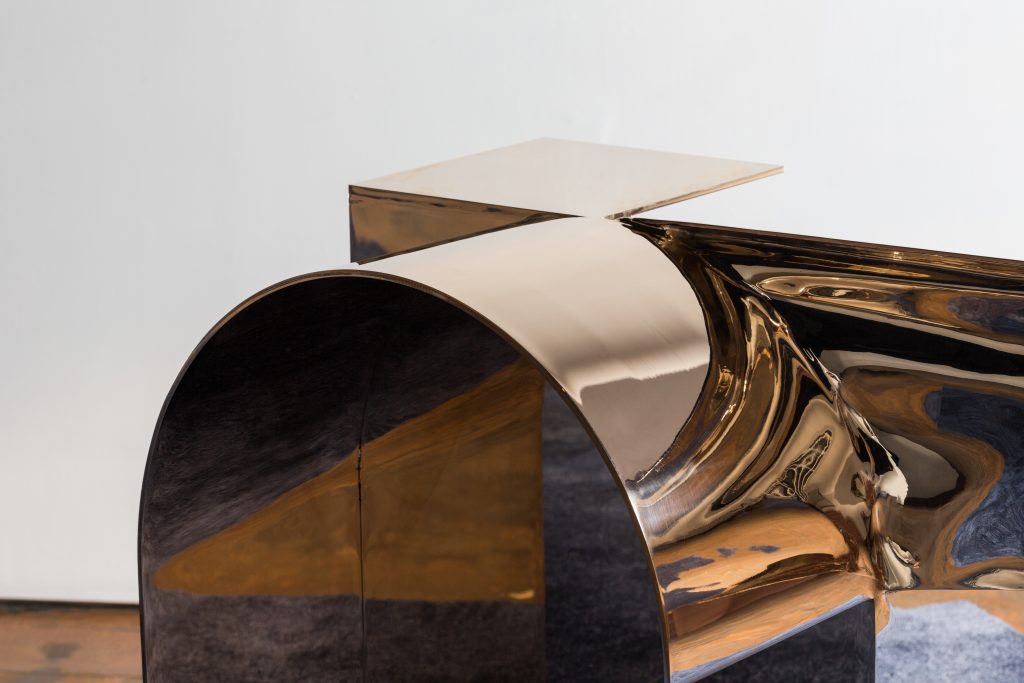 A piece by Christopher Stuart appears at The Future Perfect in New York, NY. Photo by Lauren Coleman

He started incorporating the errors into his designs, producing sculptures at furniture scale with jagged edges and uneven sides. “Constructs & Glitches” puts those two processes side by side, with a combination of sculptures from each: the geometric pieces he changed on his own, and those that the software altered.

“In this particular instance, I felt that it was a really honest thing that was happening and it was relevant. So I thought, well, it really is part of the story and I should tell it,” Stuart said.

Those software irregularities contribute to the design process as much as the shapes that more old-fashioned tools produce, he said.

“A lot of people feel like we should stay with analog equipment or do things with our hands. To me, CAD is equally a tool, just like a woodturning lathe or a hammer,” he said. “If I were to use a hammer to try to flatten out a piece of metal, it’s going to leave a lot of dimples. Should I get another tool to flatten the dimples out, or should I embrace the dimples?”

See more of Stuart’s work on the series below. 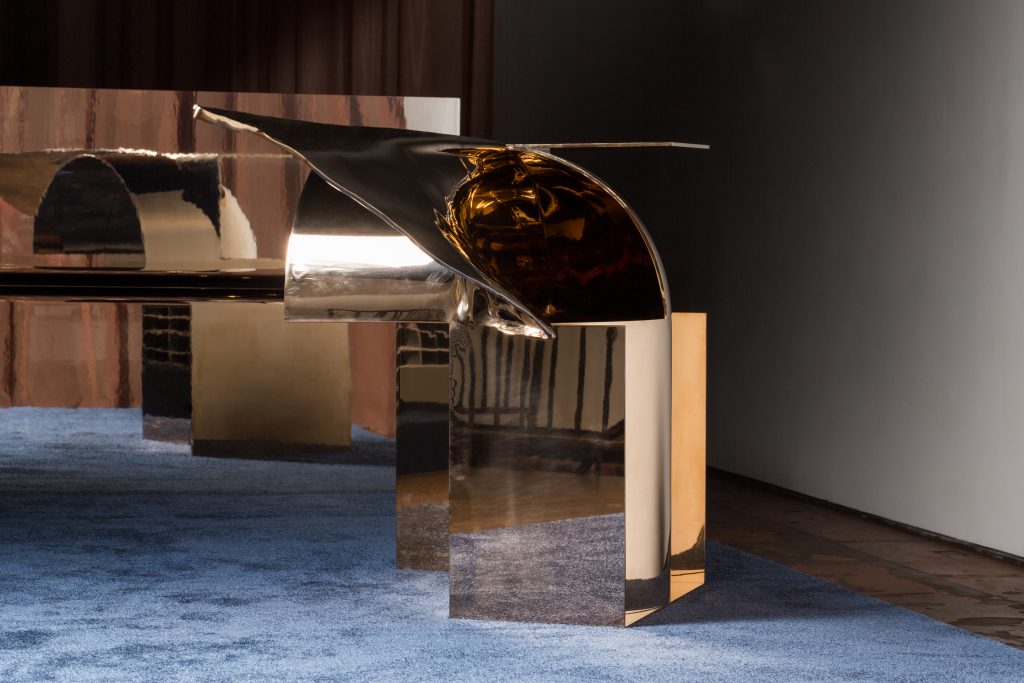 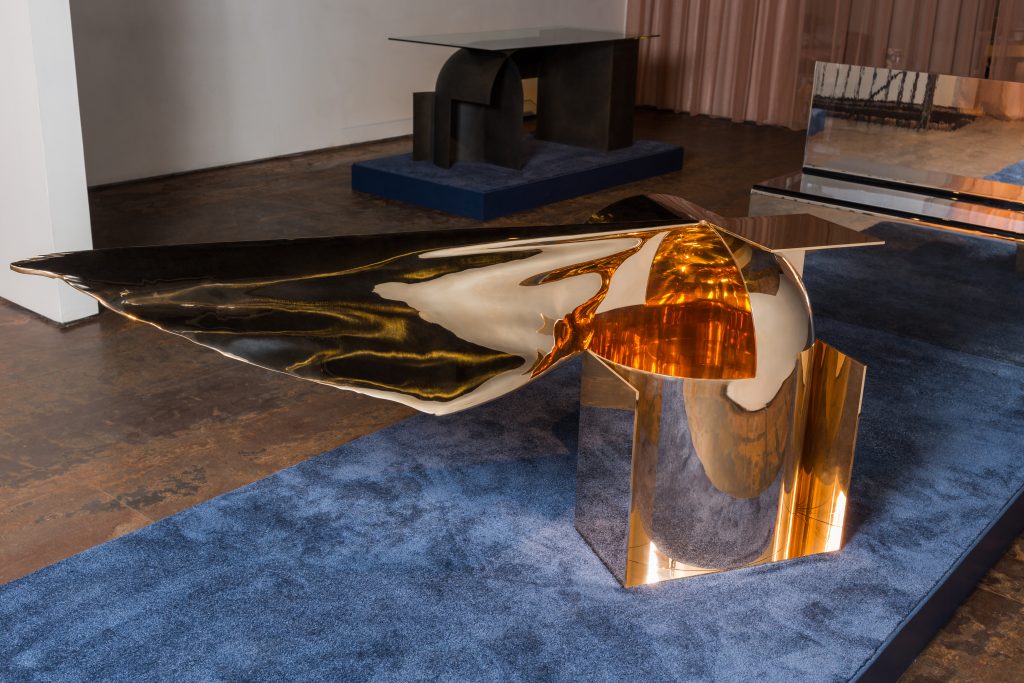 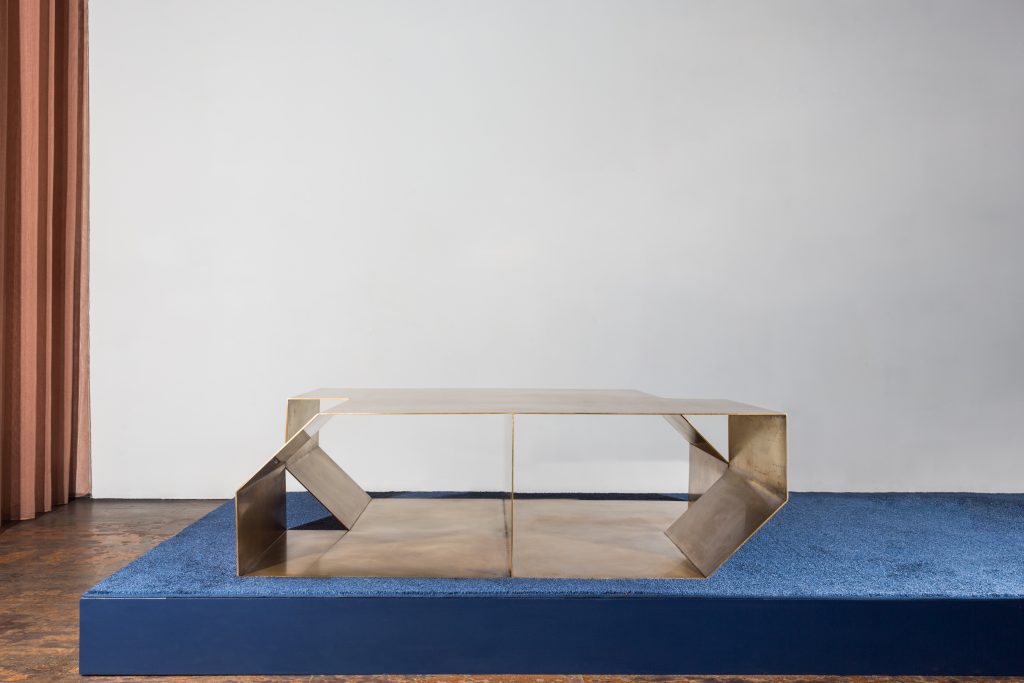