From sheep to shop: Scotland’s tweed reinvents itself

Tweed, once a staple of the British landed gentry, is taking off on a path of rebirth and reinvention. It graces runways in Paris and New York. It adorns Hollywood A-listers from Benedict Cumberbatch to Miss Piggy. It’s the reason cyclists gather for “Tweed Rides” around the world, and now it’s even available imbued with the fragrance of whisky. 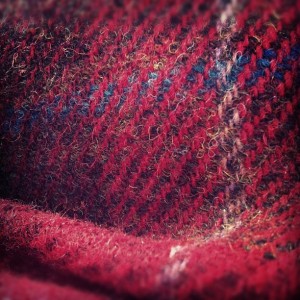 An up close look at Harris tweed. Photo by Flickr user Peigi MacLean.

Referred to as Clò Mór in Gaelic, “the big cloth” is a rough, handspun woolen fabric originally made in Scotland. Famous for its moisture-resistance and warmth, it quickly gained popularity for outdoor activities like hunting and shooting. It was so ubiquitous by the 1950s that British actress Hermione Gingold was quoted as saying, “Contrary to popular belief, English women do not wear tweed nightgowns.”

The Western Isles of Scotland have been the heart of the trade since the 18th century. It was Catherine Murray, the Countess of Dunmore who promoted and developed Harris tweed, named for the Isle of Harris, in the 1840s, helping create a market for it in London. 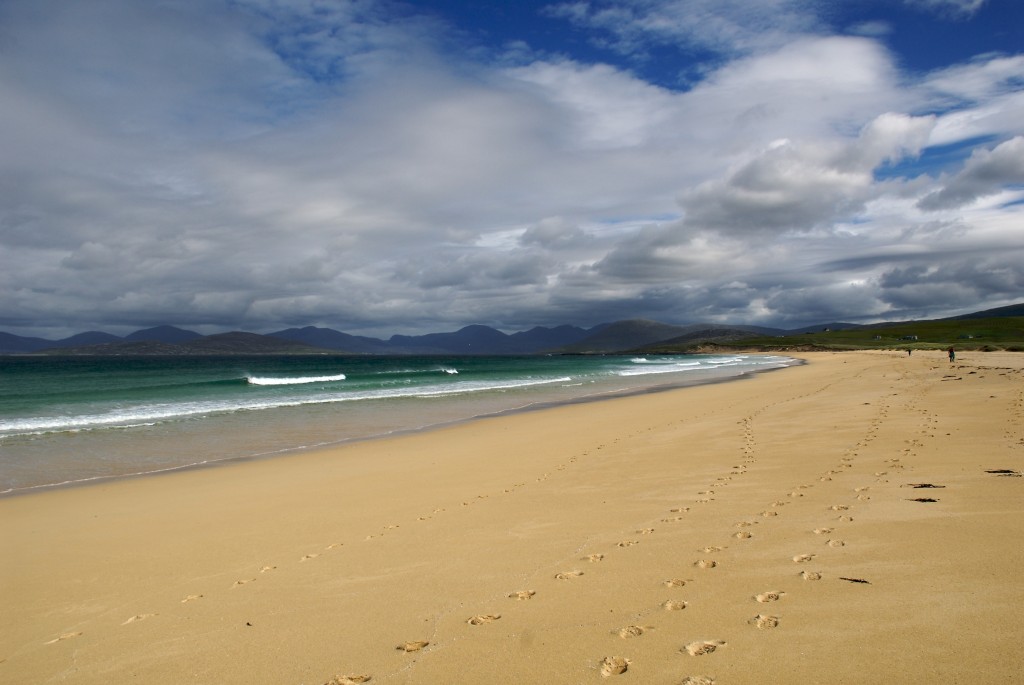 The nearly deserted beaches of the Isle of Harris. Photo by Flickr user Stuart Herbert.

Harris tweed carries its own protection from the British government. The Harris Tweed Act of 1993 states the cloth must be “hand-woven by the islanders of Lewis, Harris, Uist and Barra in their homes, using pure virgin wool that has been dyed and spun in the Outer Hebrides.”

Harris tweed hit its peak production in 1966 with 7.6 million yards. That number declined drastically over the next 40 years and a decade ago it was in danger of disappearing altogether. In 2007, the formation of Harris Tweed Hebrides gave the industry a big boost and brand director Margaret Macleod says after 7 years they now export to 60 countries, accounting for 60 per cent of sales this year. Macleod says Japan is where the company is seeing some of its biggest growth. “Our Japanese customers use the cloth across all types of products, showing a real appreciation for the history and provenance woven into our cloth,” said Macleod. 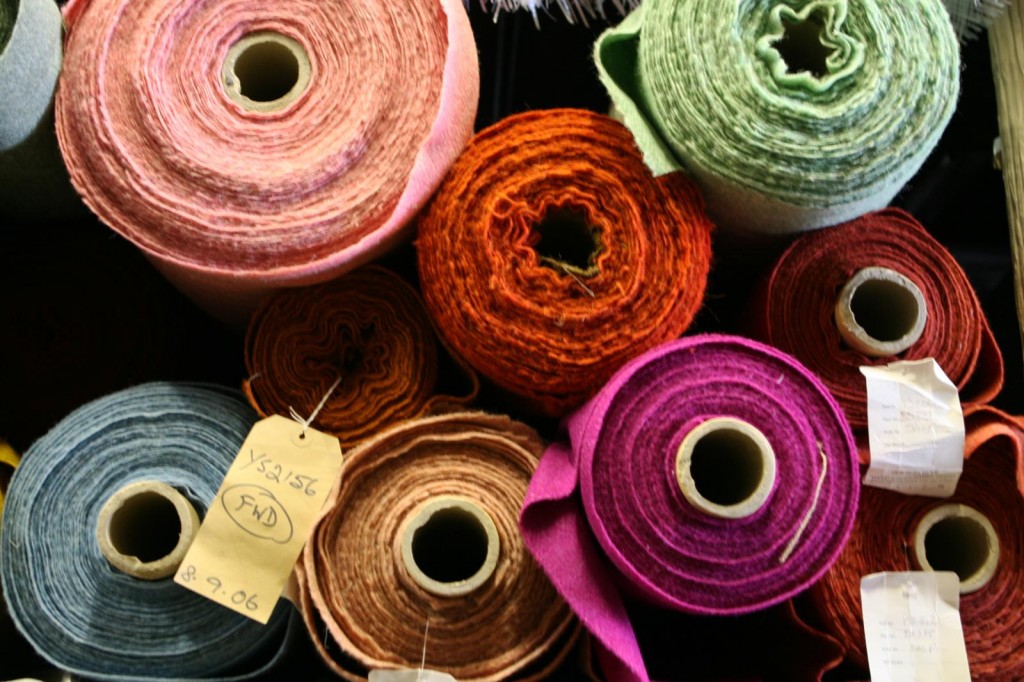 Harris tweed comes in a multitude of colors. Photo by Flickr user marcus_jb1973. 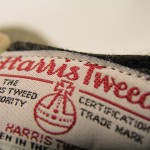 Harris Tweed Hebrides is one of three mills currently operating on the islands. Weavers are free to work for any of them or sell independently. Once their cloth is woven, it’s taken to the Harris Tweed Authority where it receives the official Orb stamp — the longest continuous trademark in British history. Kristina Macleod, who represents the Harris Tweed Authority, says there are about 190 weavers, and that seems to be enough to sustain the industry. “Looms are passed down through families, and where you might find the older generation deciding they have had enough of pedaling Harris Tweed looms, they have younger family members that can be trained up to take over and keep those looms going.” 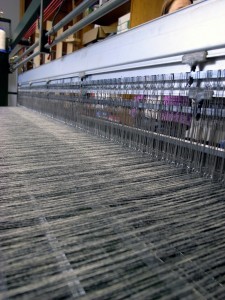 A loom up close. Image by Flickr user The Croft.

Harris Tweed Hebrides is also reinventing the idea of the cloth, using technology to create “smart” textiles. Johnnie Walker Black Label, for example, collaborated with the producer to create a line of spirit-scented products that will be launched tonight in Berlin. Developed with Heriot Watt University in Edinburgh, tiny micro-capsules fuse with the fabric to maintain the lasting fragrance. Brian Wilson of Harris Tweed Hebrides said, “It’s not really a whisky smell. It’s the smell of the ingredients, the aroma of the ingredients which make up the nose of the Johnnie Walker Black Label.” Germany, Greece and Belgium will be the initial markets for a range of products by the Milan-based designer Angelo Bratis.

To learn more about how Harris tweed goes from sheep to shop, watch this video from the Harris Tweed Authority on the cloth’s production.