Singer George Michael, who rocketed to international stardom with a collection of iconic, infectious pop anthems, died Sunday at age 53 in his home in Oxfordshire, England, the Associated Press confirmed.

A statement from his publicist said he died peacefully in his home.

“It is with great sadness that we can confirm our beloved son, brother and friend George passed away peacefully at home over the Christmas period,” the publicist said in a statement. “The family would ask their privacy be respected at this difficult and emotional time. There will be no further comment at this stage.”

Michael, born Georgios Kyriacos Panayiotou in London, partnered with his friend Andrew Ridgeley as a teenager in the early 1980s to form WHAM!, a boy band duo that rose in popularity in Britain and the U.S. The group sold millions of records worldwide with hits such as “Last Christmas.”

The singer released several popular solo singles in the mid-1980s, gathering steam for a solo career that began after WHAM! disbanded in 1986. In 1987, he released “Faith,” both the name of his first solo album and a single that would become a cornerstone of his early career.

Michael’s 1987 duet with Aretha Franklin, “I Knew You Were Waiting,” won a Grammy Award in 1988. Michael won another Grammy the following year for “Faith,” which was dubbed Album of the Year.

The New York Times described his widespread appeal in 1988, as music critic Jon Pareles wrote that “Behind his stubble, his black leather jacket, his dangling-crucifix earring and his pirate-style head scarf, George Michael – or the character he plays in his songs – is the kind of guy most teen-age girls could bring home to meet the folks,” with a “creamy, soul-style tenor.”

In styles adapted from Motown and Stevie Wonder, Michael was lauded as an expert of romantic pop, becoming the most-played artist on British radio from 1984 to 2004, according to the Radio Academy. His solo work sold more than 100 million records,

As a public figure who came of age as the AIDS epidemic emerged, Michael has said that he struggled with talking about his sexuality. In 1998, he publicly came out as gay in a CNN interview. He had recently been arrested for “investigation of misdemeanor lewd conduct” in a park bathroom in Beverly Hills, California.

He said in a 2007 radio interview that he came out to friends and one of his sisters at 19 but refrained from telling his parents, the British newspaper The Independent reported. 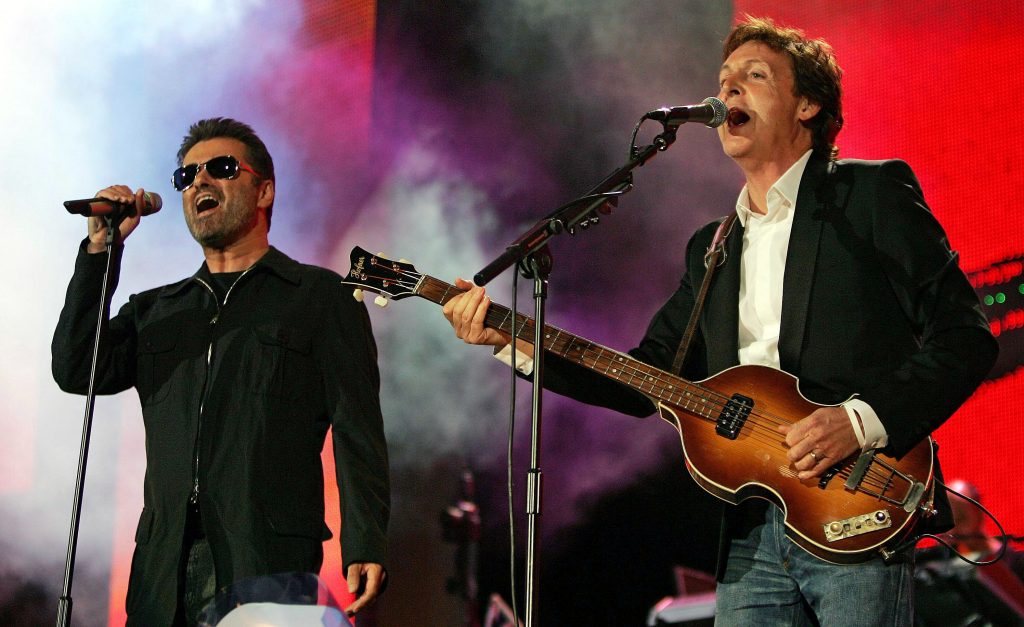 In 2011, he had suffered from severe pneumonia that resulted in a tracheotomy, and postponed a series of concerts.

Celebrities and friends paid tribute to Michael on Twitter.

I just heard about my friend @GeorgeMichael's death. He was such a brilliant talent. I'm so sad.

I don't have it in me anymore to write about our greats. I just knew one day I'd get to work with #GeorgeMichael. Sad Christmas.

Sad to hear about George Michael's passing. He was a big inspiration. 🌈💔 https://t.co/uUmnuHOkVc

Rest with the glittering stars, George Michael. You've found your Freedom, your Faith. It was your Last Christmas, and we shall miss you.