‘Get used to saying no,’ and more advice from writer Naomi Alderman

Our March pick for the PBS NewsHour-New York Times book club, “Now Read This” is Naomi Alderman’s sci-fi novel “The Power.” Become a member of the book club by joining our Facebook group, or by signing up to our newsletter. Learn more about the book club here. 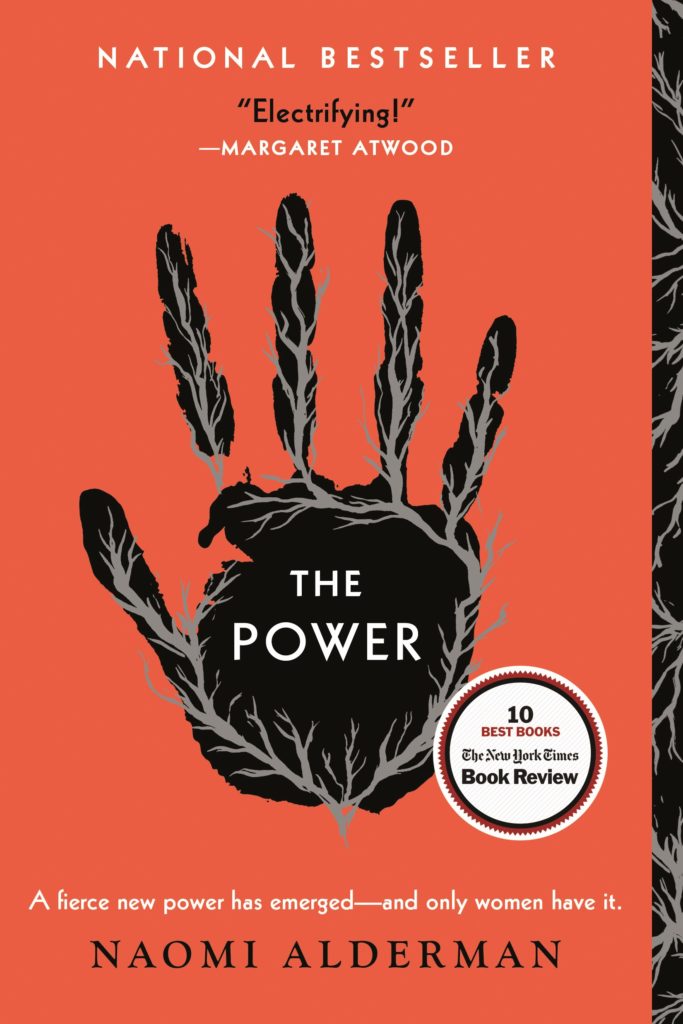 In “The Power,” British writer Naomi Alderman explores a not-so-utopian future in which women get a special superpower that upends gender dynamics and the world order.

Since its release in October 2016, the novel has received praise from Margaret Atwood and former President Barack Obama, won the Baileys Women’s Prize for Fiction, and been named to multiple best-of-the-year lists. It continues to spark conversation around issues of gender and power as the #MeToo movement echoes around the world.

Below, Alderman, who is both a novelist and game writer, shares where the book began (maybe at her bat mitzvah), her writing routine (but don’t expect it to last), and the best writer’s advice she’s ever received (it’s all about saying no). In her words:

Here is a secret: Never expect a routine to last more than one book. Sometimes they don’t last more than three months. I have a cod-evolutionary theory that it’s because our hunter-gatherer ancestors (and indeed our farming ancestors) could never have had a routine that lasted more than a season. I obviously don’t think that theory is true because like most evolutionary psychology it’s completely made up. But it makes me feel better. I do not have an antique pen with which I always scratch out 500 longhand words onto vellum paper while sitting in my arboretum.

I do not have an antique pen with which I always scratch out 500 longhand words onto vellum paper while sitting in my arboretum.

Here are the consistent things: I set a daily number of words and stick to them except if I’m sick or I have a migraine (same thing), in which case I’m allowed to do 100 terrible words in bed and then close my eyes and forget about the book until the next day. Unless I am REALLY sick, I’m not allowed to do more than one 100-word day in a row. I write as the very first thing I do in the morning. Yes, in bed, yes the laptop stored next to the bed. I wake up, I write before I let myself know I’m awake. My resistance is low. Whatever comes out comes out. I try to be done with my day’s wordcount on a novel by lunchtime. Mostly because I’m usually writing something else — something more social like a TV episode or a game — in the afternoon.

As a child I loved a book called “Henrietta’s House” by Elizabeth Goudge, who is now a mostly forgotten writer, although “The Little White Horse” still has fans in the UK. “Henrietta’s House” is a book about a child who, like me, as John Bowlby would say has “anxious attachment.” She is always trying to gather the people she loves into one place and make them stay and one long English summer afternoon during a picnic party, the faeries of olde England conspire to grant her wish. It has a sense of magic infused into a landscape that I loved as a child. I suspect that if I read it again now I might find it a bit more old-fashioned than I’d like. But as a child I believed I had the same superpower as her heroine, a sort of astral projection. So there’s that. (It’s a metaphor for being a writer, I think.) 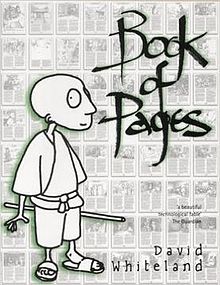 I don’t know if anything really deserves attention. I would only press something on you if I knew you because there is no such thing as a piece of art that will work for everyone. All I can do is to name some things that are part of my personal canon — that have shaped me in certain ways — but are not part of the world’s canon.

A book by David Whiteland called “The Book of Pages,” which is a graphic novel about Buddhism, and presented me with the startling revelation that if you believe in a competitive world, you’re dooming almost everyone to be a loser. I think about that very often. A children’s book called “The First Travel Guide to the Moon” by Rhoda Blumberg which I pored over and memorised, and which presented such a convincing tourist guide to moon travel that I still can’t quite believe it’s not possible. “The Schoolgirl Friend” comics which my mother collected in the 1950s and passed on to me, so that in a strange way we had the same childhood. A selection of black-and-white British movies from the ’40s, ’50s and ’60s that I watched with my grandmother on weekday afternoons — Ealing comedies and Powell & Pressburger are deservedly well-known but I think I am the only person who remembers a movie called “Please Turn Over,” which is about a sleepy town that’s rocked when one of its residents writes a racy roman à clef about the place. But it’s really about the late-1950s anxieties about social change — I think we’re really still working all that through.

Get used to saying no. You can’t be the best person in the world at answering your email on time and being available for every request and also write good books.

Oh this book bubbled over again and again, like a pan of milk left by a sloppy chef on a high heat.

This book bubbled over again and again, like a pan of milk left by a sloppy chef on a high heat.

So maybe: When I was 36 and saw a poster on the tube one day advertising a movie by showing a photograph of a beautiful woman artfully crying and something snapped inside my soul because no one would ever advertise anything with a photograph of a beautiful man artfully crying. Or maybe: When I was 16 and realised that while I’d received a hearty mazel tov and a Johnny Ball chemistry set for my bat mitzvah, my brother had had a large party and a sheaf of checks. Somewhere between the first one and the second one.

My books are over when I feel despair that I can never make them into what I wanted them to be. When I put a sentence in, take it out, put it back again, take it out again. That’s when I’m done. It takes me another year before I can step back and work out if what I’ve accomplished is of any use.