The internet is flush with images and videos of the former vice president enjoying a good cone. “My name is Joe Biden and I love ice cream,” he admitted in a speech at the headquarters of an ice cream company in Ohio last year. Now, Cornell has immortalized that love by giving him his own flavor.

“I gotta admit to you the real reason I came today,” Biden announced in his 2017 convocation address last week at the university. “I love ice cream … I’m the only Irishman you guys know who’s never had a drink and loves ice cream.” 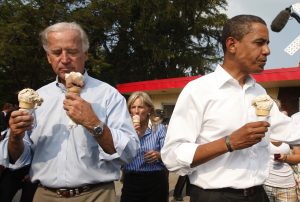 To get the scoop, NewsHour talked with Deanna Simons, quality manager and academic program coordinator at the Cornell Dairy, an on-campus dairy processing plant that produces a range of products including ice cream, yogurt and milk for the university. It serves as a hands-on tool for teaching, research and extension programs. When Biden was announced as this year’s speaker, one of Simon’s interns told her about his affinity for the frozen treat, which led to the idea of naming a flavor after him.

“It was almost like we said it together… it happened so organically,” Simons said.

Part of her job involves creating new flavors, a responsibility she relishes.

Deep (freeze) research came next. The University of Delaware, Biden’s alma mater, has a creamery on campus that also serves ice cream. “We’re close with the women who run it,” Simons said. They confirmed that this would be Biden’s first namesake ice cream and that his favorite type is chocolate chip. Simons decided to stick with the traditional flavor profile of vanilla ice cream with chocolate chips. Once that was decided, things really started churning. 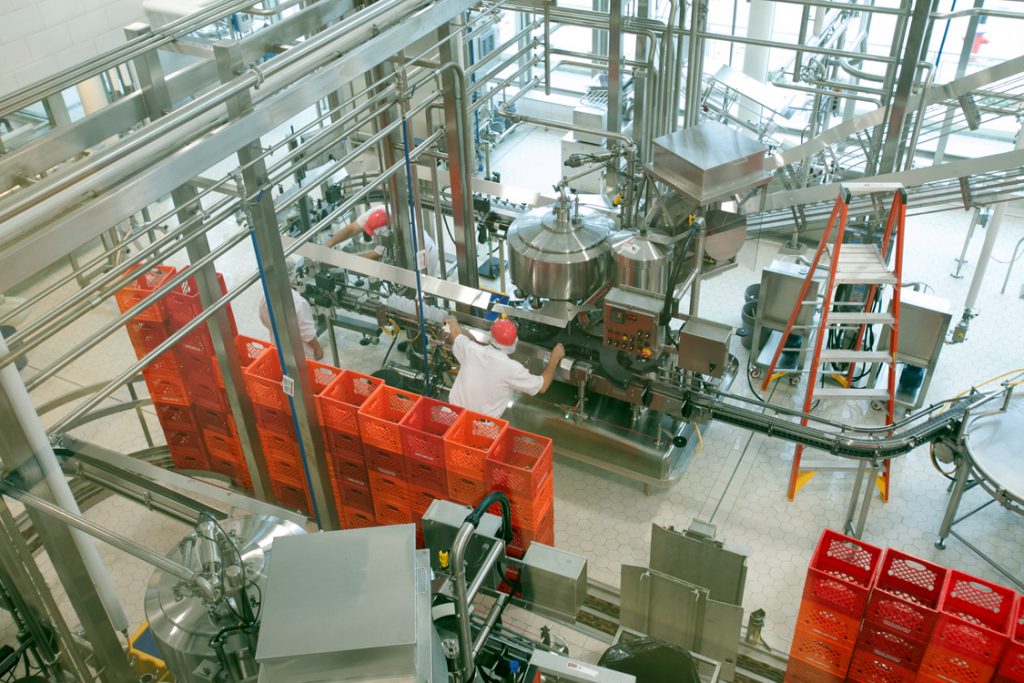 The convocation committee got involved and students chose between five potential names for the treat. Once a name was decided and got the OK from Biden’s representatives, “Big Red, White, and Biden” was born. “Big Red” is the informal name given to the university’s sports teams.

“It was a really nice relationship between the dairy making the ice cream, the students being involved, and getting everyone excited about this idea,” said Simons.

A cone of Big Red, White, and Biden was presented to Biden onstage at the conclusion of his address. 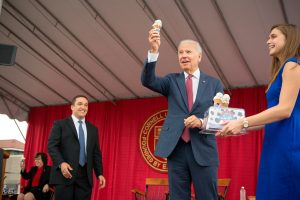 “It’s really good,” he proclaimed after taking a bite, officially inaugurating the flavor. Simons and her team made enough of “Big Red, White, and Biden” so that every person who attended the convocation (around 4,000) could have a scoop. “We sold every bit of the ice cream we made,” Simons said. Sounds like this flavor is a winning ticket.