Aretha Franklin’s remarkable voice — bright and lush, tinged with heartbreak — transcended strict musical labels, soaring no matter the song, powerful with protest, pride, lustiness and sorrow. But through it all, there was a life-long constant: gospel.

The Soul Queen “took you to church even if she was singing about a no-good man,” fellow singer Candi Staton recalled in an interview with RNS.

Franklin died Thursday at the age of 76. She tended to downplay the idea that she ever left her Baptist gospel choir roots for pop or R&B. Gospel oozes out of her famous reinterpretation of Otis Redding’s “Respect,” which immediately shot to No. 1 in 1967, and has been inextricably linked to the civil rights movement and female empowerment since. But don’t call it a crossover moment.

“I didn’t cross the line,” Franklin once told the PBS NewsHour. “Gospel goes with me wherever I go. Gospel is a constant with me. So, I just broadened my musical horizons,” she added.

Ever since a teenaged Aretha toured the U.S. in her father’s “gospel caravan,” she too became a constant, shaping the sound of generations of musicians and their fans.

Here’s how Aretha Franklin’s music touched the world, according to those who knew her and pored over her work.

“In today’s society, I would say ‘Respect.’ We need to respect ourselves, respect one another and … that is very important to me today.”

“It’s a love song and about longing, but also imagination and pleasure. It’s about imagining a time when you can be in repose with your lover, when you can be free and just enjoy one another. It’s a simple song. And it’s just gorgeous.”

“She refined a classic standard, gave it a spiritual subtext and made the song her own.”

“That record reflects Aretha’s state of mind and spirit in the years after the assassination of Dr. Martin Luther King, Jr. That record is remarkable because she takes material that means one thing on the surface, like a blues song or a song about romance, and turns it into a song about resilience and survival in the face of the unspeakable.”

“It’s a gorgeous rendition of that song. The live version is just a singer in complete control of music. It’s an understated performance, but her command of dynamics — it’s the full spectrum of musicality. It’s a testament to what she was so great at: taking a song and completely making it her own.”

“I wrote about ‘(You Make Me Feel Like) A Natural Woman’ because it’s the one that I feel like has guided me the most or felt like I come back to it a lot. But I think the one that I love hearing first thing is ‘Chain of Fools.’ There’s something about the repetition of it that is particularly hypnotic. I love it. … I think the idea of what it means to be a woman is a complicated question … . It kind of wrestled with not just questions of love and of what other people can do for us, but sort of a foundational identity.”

“If there’s a heaven, this is what it sounds like.” [Also: The song has Cissy Houston — Whitney Houston’s mother — singing in the background.]

We look at music as ‘before’ and ‘after’ Franklin

The gold standard, unparalleled, the soundtrack of the nation — these are the ways music critics and those who knew Franklin describe her extraordinary voice and style.

Since Franklin first learned to sing in church, that influence could always be heard in her songs, although she was never constrained by it.

She blended gospel with jazz, blues and R&B. She took on the world of rock ‘n’ roll. It was this ability to embody the spectrum of African-American musical traditions that earned her the title, Queen of Soul.

But there was something even deeper than the sound. 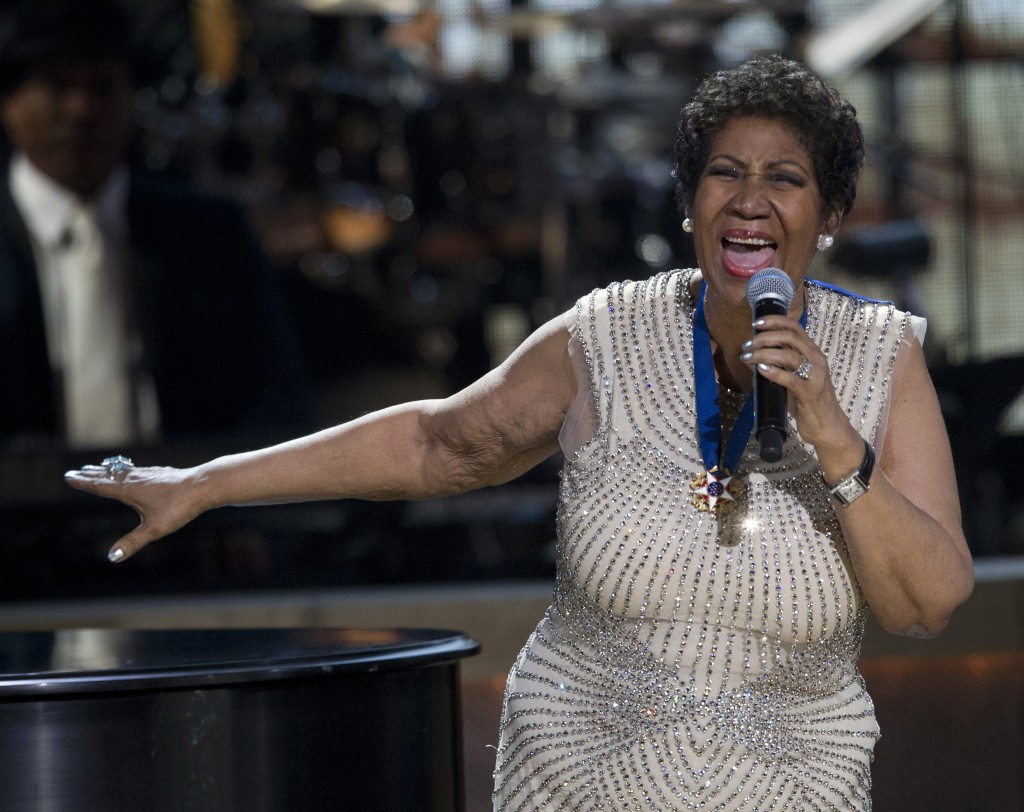 “Her voice was filled with a soul, a sadness, a gravitas that is uniquely hers,” said David Ritz, author of her biography, “Respect: The Life of Aretha Franklin.”

The world had not heard a voice like Franklin’s — one that felt so modern, and captured the range of emotions felt by the country, especially during the political, cultural and racial upheaval of the 1960s and ’70s.

“So much of her music is an anthem for civil rights, for women’s liberation. She told those stories in her own music in a way that people could take those as their own,” said Dwandalyn Reece, the curator of music and performing arts at the Smithsonian’s National Museum of African-American History and Culture.

Farah Jasmine Griffin, who has written about Franklin’s genius, said though the singer came from a long line of extraordinarily gifted voices, she was “singular.” Franklin stood out, Griffin said.

She set the standard, Griffin said. Many talented imitators since have “felt that in order to be a full singer, a rhythm and blues singer, a pop singer, that they needed to at least aspire to be Aretha. And we’ve had a lot of gifted singers since then, but no one like her. She’s a once-in-a-lifetime talent,” she added.

“She was able to translate the complexities of our interior emotions into sound with unprecedented nuance and intelligence as a pop vocalist,” said Daphne Brooks, a Yale professor of African American studies.

Atlantic staff writer Hannah Giorgis can’t even remember the first time she heard one of Franklin’s songs. Her music became a constant in the household when her parents immigrated to the U.S. from Ethiopia in the 1980s.

“The family watched the VH1 Divas 1998 on VHS,” Giorgis said. “I remember all of us being sad when we switched over to DVDs like, ‘Well, how are we going to watch Divas ’98?’”

A 7-year-old Giorgis was struck by Franklin’s tremendous power on stage, especially her presence alongside up-and-coming divas like Mariah Carey.

“Mariah was super young then,” Giorgis said. “And just the way that Aretha … didn’t feel the need to jazz herself up with the youth, but was just like, ‘I’m here and you’re going to respect me’ — quite literally. I remember being in awe of that.”

‘The godmother of soul sharing her soul with the world’

Larry Griffin played trumpet in Franklin’s band at her last performance. It was Nov. 7, 2017, at a gala celebrating the 25th anniversary of Elton John’s AIDS foundation.

He and other band members had heard rumors that Franklin was sick. He watched as she prepared to go on stage. She looked like she had lost weight and was tired.

“She went out letting the world know she was Aretha Franklin, she stood for something and she loved everyone.”

Then, the lights turned on.

“It was like someone hit a magic switch. She took the stage by storm,” Griffin told the NewsHour.

Playing behind her on stage was an honor Griffin had never expected. Realizing she was ill, he sensed it might be a moment not only he, but everyone, would remember.

“We gave her every breath of air we had to support her because we knew this was the godmother of soul sharing her soul with the world,” Griffin said.

In fact, it was the last time Franklin would perform publicly.

“She went out letting the world know she was Aretha Franklin, she stood for something and she loved everyone,” Griffin said.

Now, he said, he’s trying to honor her legacy by living each day by sharing that same love.

“And we were dancing! And I thought, ‘We’re doing this, like we’ve done a million times,” she said.