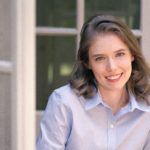 How artists have depicted Circe’s power through time

Editor’s note: Our December pick for the PBS NewsHour-New York Times book club, “Now Read This” is Madeline Miller’s novel “Circe,” a retelling of the goddess’ story. Become a member of the book club by joining our Facebook group, or by signing up to our newsletter. Learn more about the book club here.

Circe has fascinated artists of all kinds for nearly three millennia. She’s been interpreted in poetry and prose, yes, but also in marble and bronze, paint, ink, collage, clay, and pretty much any medium you can imagine. Below is just a small sampling of her rich visual history, from ancient Greece to contemporary America. (If you want more, I have further examples on my website.) 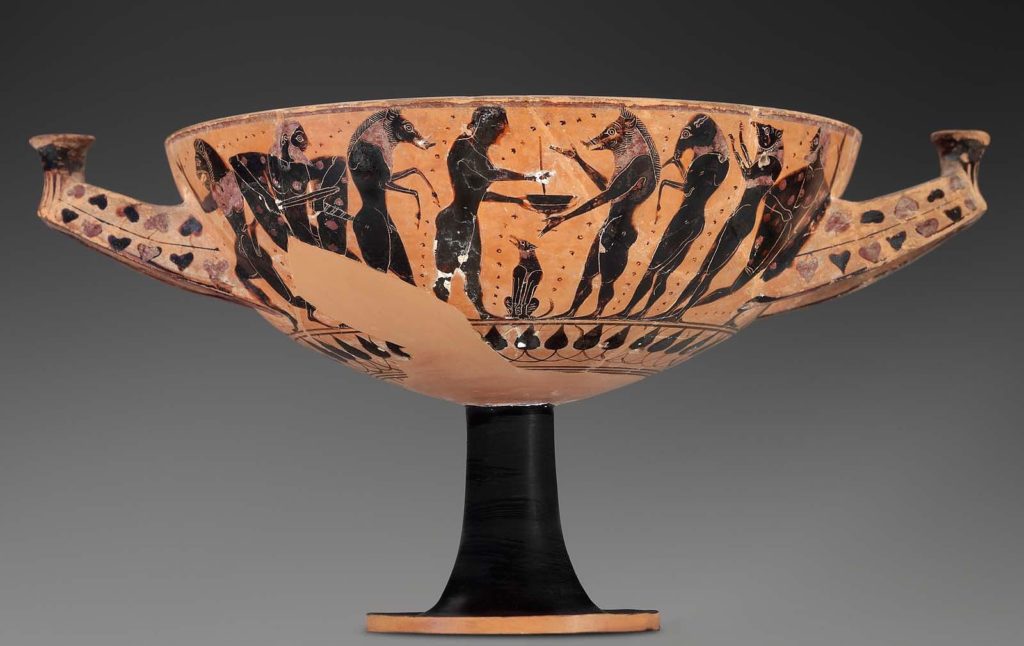 Circe has just given the drugged wine to Odysseus’ men, turning them to pigs. Although in the “Odyssey” the men are turned into pigs fully, it was common in ancient art to show the transformed men with only pig heads, to make clear what is being depicted and to highlight the monstrousness of the change.

The Pre-Raphaelites loved Circe, and none more than John Waterhouse, who painted several versions of her. Here he gives us “Circe Invidiosa,” or “Jealous Circe,” the femme fatale performing malevolent witchcraft. Waterhouse’s source for the scene isn’t Homer but Ovid. The Metamorphoses tells how Circe, enraged that the god Glaucos loves the nymph Scylla instead of her, poisons the water where Scylla likes to bathe, transforming the beautiful nymph into the six-headed monster we know from the “Odyssey.” I love Circe’s intensity and focus, and also the giant catfish she’s riding. 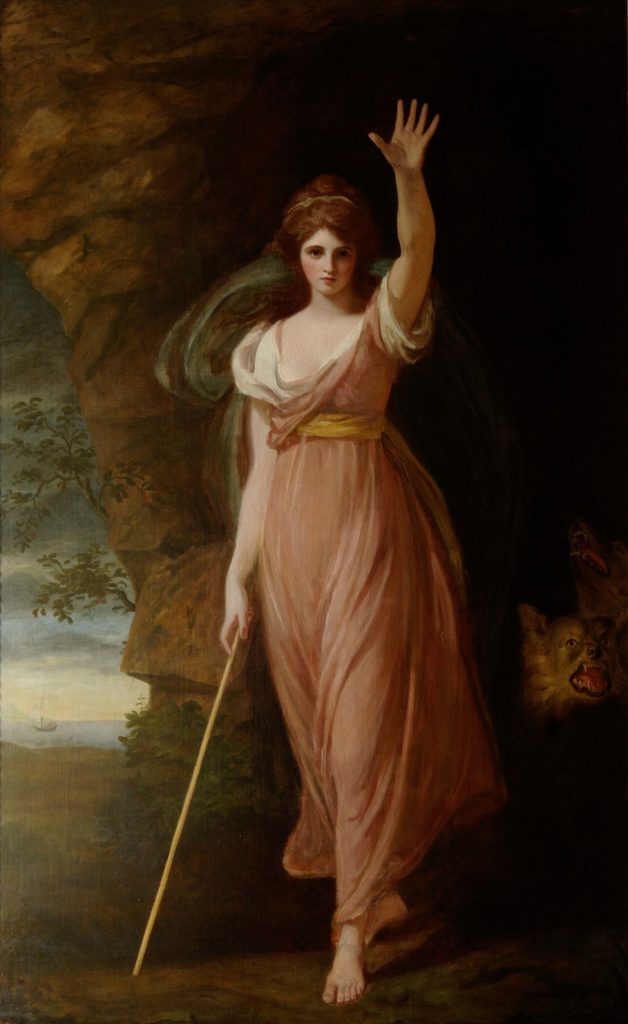 Circe is portrayed here by Lady Emma Hamilton, actress, lover of Lord Nelson, and frequent model for artist George Romney. As was the fashion, Romney often painted Hamilton as famous women, including Cassandra and Mary Magdalene. The emphasis here is on Circe’s (and Hamilton’s) arresting charisma and command. As in Homer, this Circe carries a wand or staff. Scholars have debated whether it is being used to drive the pigs, or as part of the procedure of casting the spells. Personally, I think it’s just to drive the pigs.

A favorite: A wonderful West-African influenced Circe by Romare Bearden, as part of his series retelling the “Odyssey.” The figure is gracefully beautiful, but the focus is on the dead-serious nature of Circe’s power. There are no pigs: Instead a lion, a snake, and a skull show Circe’s ability to commune with frightening forces the rest of us cannot.

Circe as object of desire 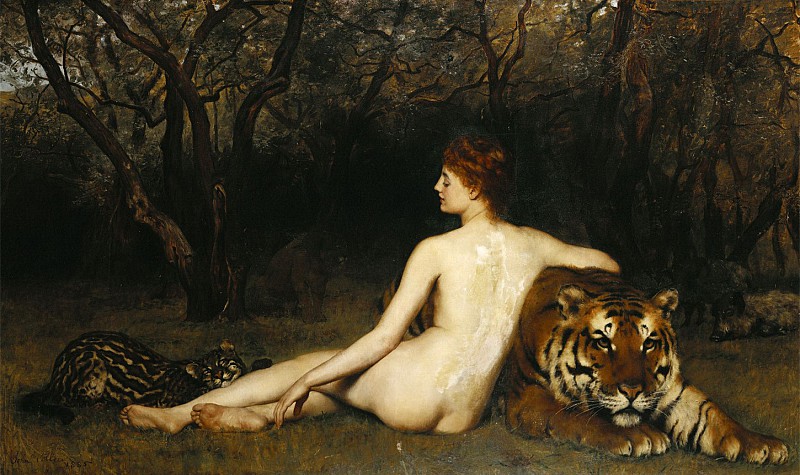 Artists loved to depict Circe as sexy and titillating in ways that can at times border on the cartoonish. Not to pick on John Collier — this is an elegant painting — but I think it captures that particular strain well. Here, the tame lions Circe keeps in the “Odyssey” aren’t exciting enough: We go full naked lolling with a tiger. The emphasis on Circe’s passive beauty is also typical: She’s an object of desire, not an active agent of her own life. This was a take that I wanted to push back against in the novel.

Circe as the powerful ‘other’ 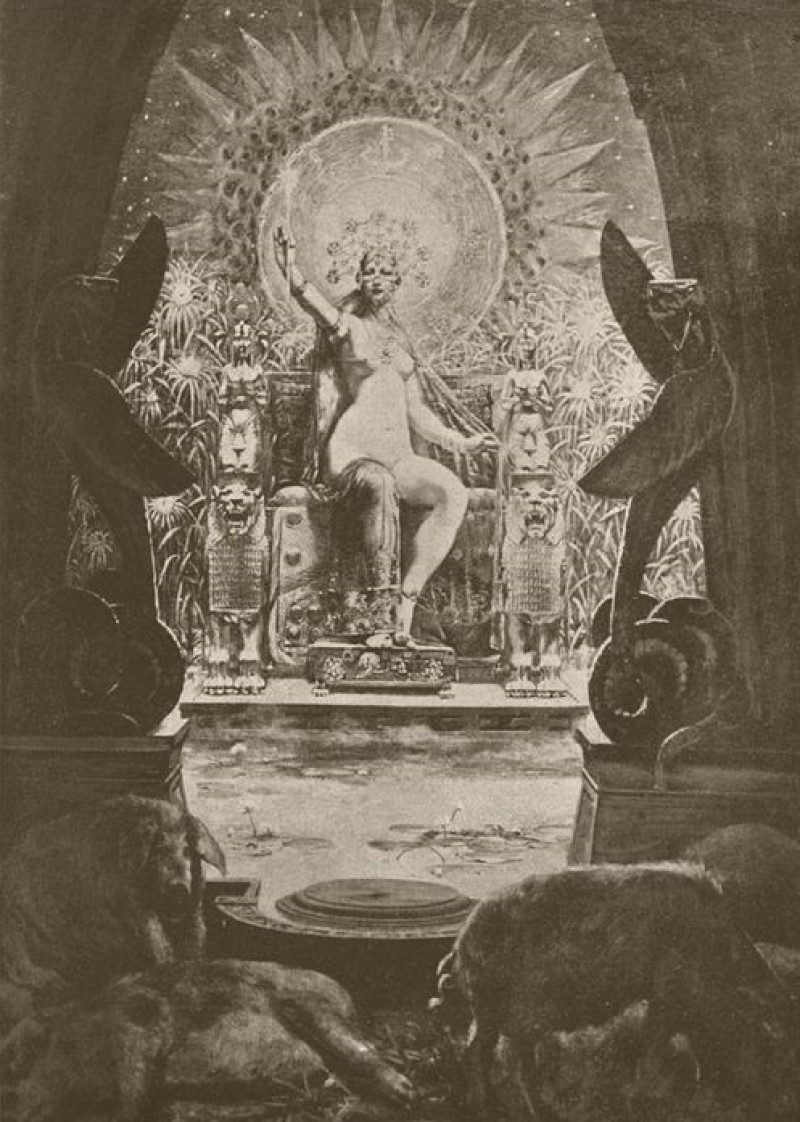 Print of “Circe,” by Louis Chalon.

In myth, Circe is the daughter of the sun god Helios, so here artist Louis Chalon frames her radiantly naked with a huge sun behind her. Her glory shines all the brighter contrasted with the filthy pigs scuffling in the foreground. Chalon clearly exoticizes Circe, giving her a palace with elements drawn from a colonialist mash-up of a number of “foreign” cultures including Egyptian, African, and even Meso-American. His Circe is powerful, beautiful, supremely confident and clearly “other.” The interpretation actually has some resonance in the “Odyssey” itself. Homer places Circe’s island vaguely in the East, and some of her associations seem closer to Anatolian and Sumerian goddesses than Greek ones. Some scholars have interpreted Odysseus’ meeting with her as symbolic of Greek anxiety about encounters with the East. 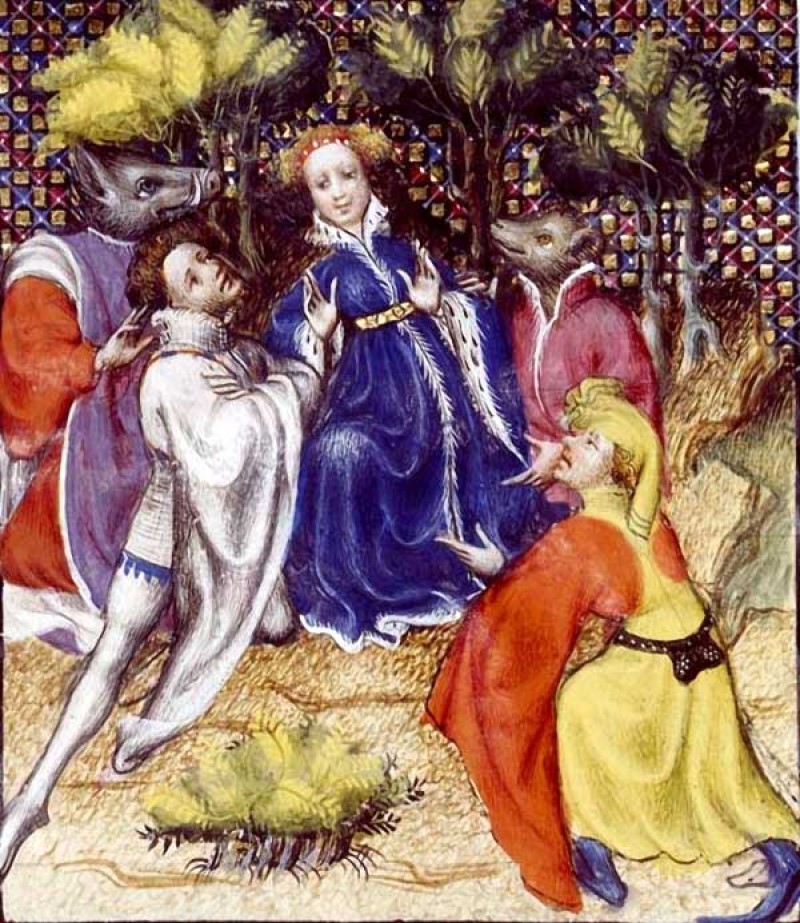 From an edition of Boccaccio’s “De Claris Mulieribus” (About Famous Women), circa 1361, currently in La Bibliothèque nationale de France.

Circe surrounded by fawning men and animal-men. I love the dapper medieval boar-courtier. This illustration derives from an edition of Boccaccio’s “De Claris Mulieribus” (“About Famous Women”), circa 1361.

Circe as artist and hostess 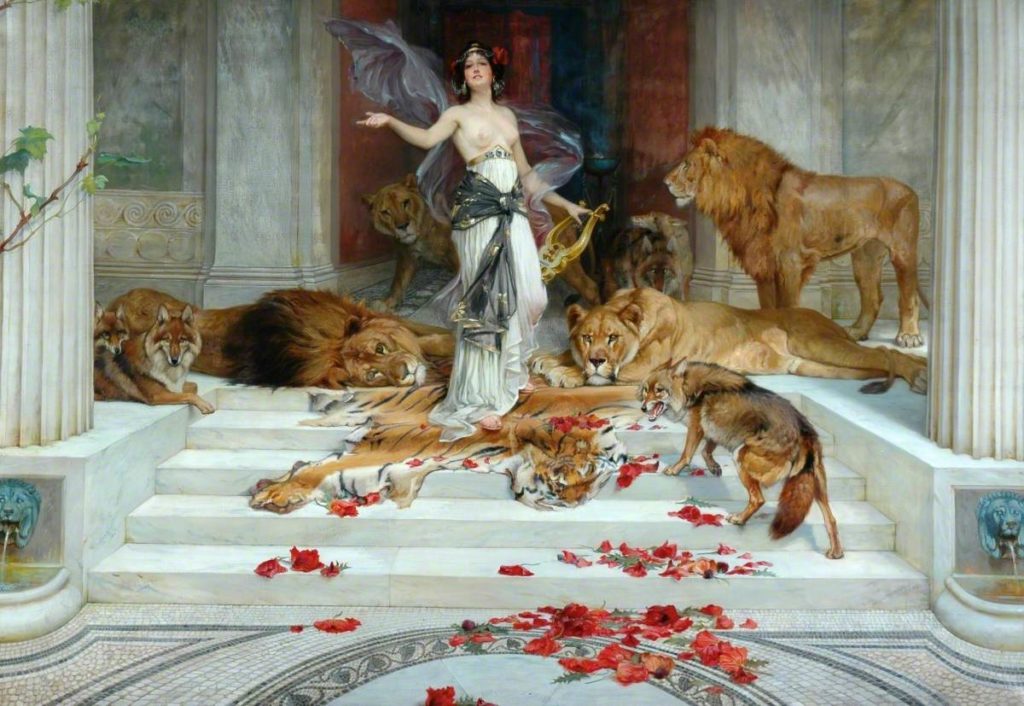 A majestic Circe welcomes the viewer to her palatial home. The poppies on the steps at first look like blood, and simultaneously evoke Circe’s witchy power and alluring, addictive quality. Circe’s gauzy wrap seems to have a life of its own, suggesting fairy wings. I like that she is captured as hostess and artist both, greeting guests with her lyre in her hand. I also like the physical reality of the lions. In ancient and renaissance art, lions often look like squat dog-monsters. These are clearly lions created by an artist who has studied one. 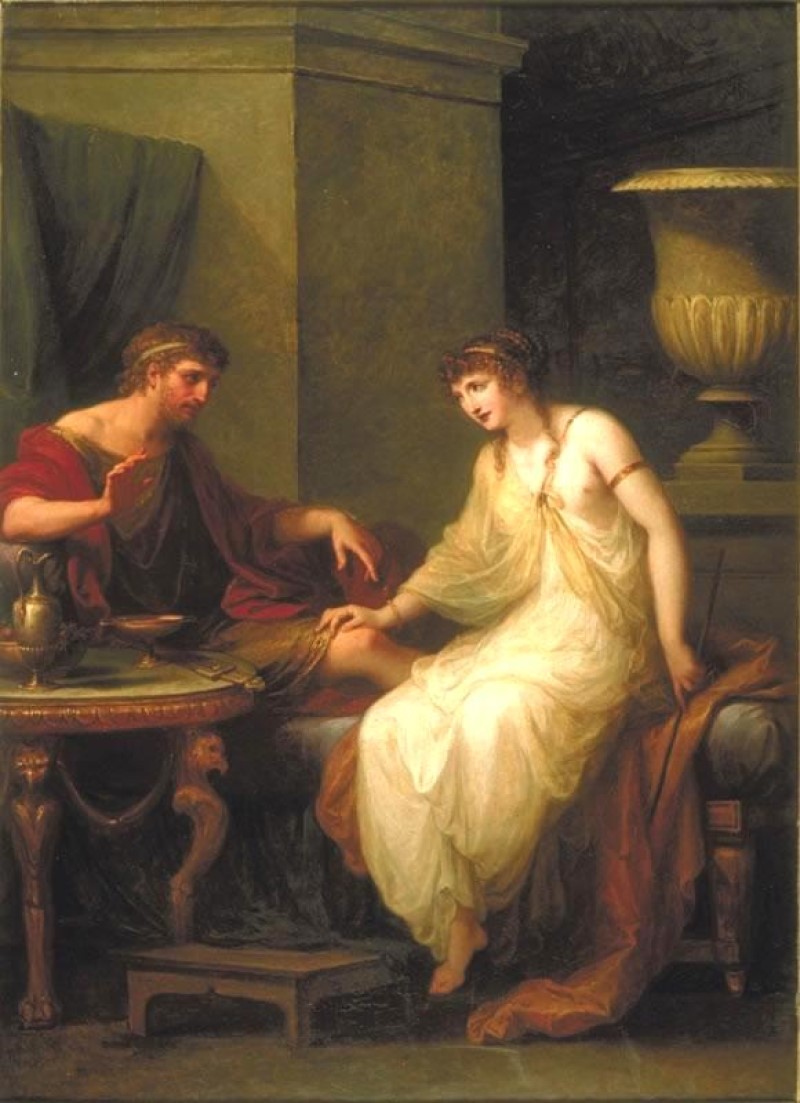 This painting is significant to me for two reasons. First, it’s the oldest version of Circe I could find by a female artist. Second, and perhaps related, this feels like a more human and empathetic Circe. There’s not a pig in sight, and instead, Circe seems to be offering some sort of counsel, or possibly comfort to Odysseus. Many artists and writers treated Circe as a villain, but in the “Odyssey” she ends up being one of the most helpful characters that Odysseus encounters, offering both vital advice and practical aid. He calls her “the awe-inspiring goddess who speaks like a human.” Kauffman picks up on that, showing us a Circe reaching out to Odysseus, while still retaining her power: Note her wand in her left hand.