The biggest show on Broadway is now a lesson in life and art for thousands of New York City students.

The musical “Hamilton” has received rave reviews and a trove of theatrical accolades for its portrayal of political powerhouse and Founding Father Alexander Hamilton, whose musical depiction at the Richard Rodgers Theatre has captured the attention of the world, touching on the achievements of the bygone figure through performances of rap, song and spoken word.

Now, a new effort is underway to extend the show’s lessons to 20,000 high school students in the Big Apple and provide them with a chance to see “Hamilton.”

The program was launched by the producers of the show through an educational partnership meant to link the success of the Broadway smash hit with classroom studies and give students from low-income neighborhoods the opportunity to perform on stage.

In interviews with PBS NewsHour, many students participating in the program said the lessons have given them a better understanding of Alexander Hamilton’s accomplishments and place in history.

“I actually enjoy it now, I enjoy learning about our Founding Fathers,” said Malcolm Grant, 16, a student at the Bronx Engineering and Technology Academy. “I know a lot more that I definitely wouldn’t have know without the Hamilton musical.” 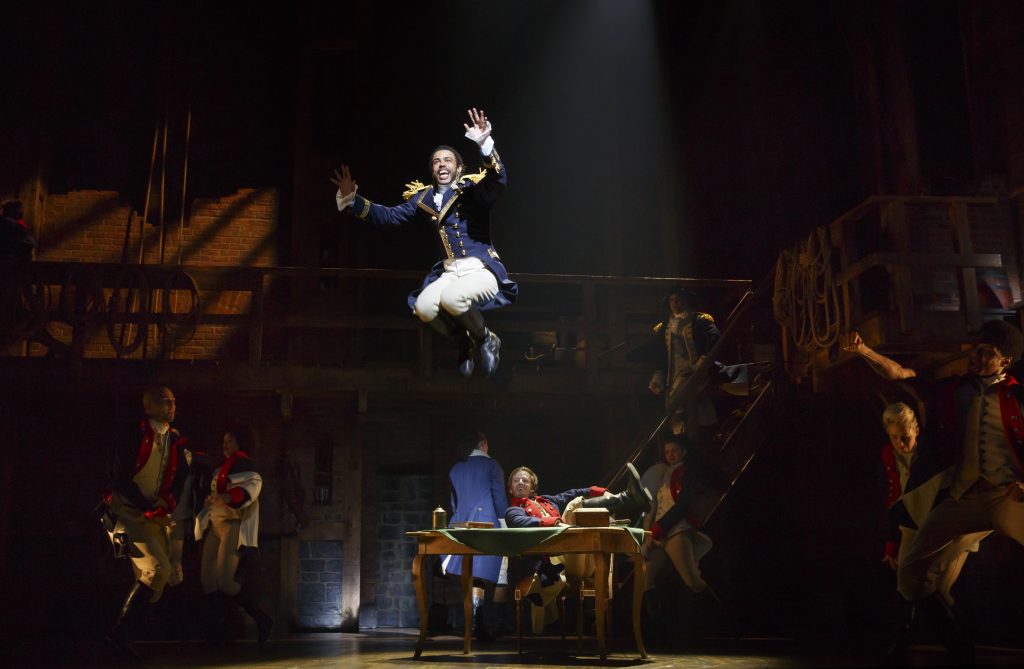 In the hours leading up to the April 13 matinee performance of “Hamilton,” more than two dozen 11th-grade students from 13 New York schools, who have been learning about Alexander Hamilton in their respective classes, brought their own artistic creations to the theater’s stage.

“You have no idea how long we’ve been waiting to see you,” said Lin-Manuel Miranda, the star of the show who created the blockbuster musical and kicked off the event.

Groups of students took to the Richard Rodger’s stage and were met by several members of Hamilton’s cast. The young crowd of 1,300 cheered loudly. For many, it was their first time at a Broadway production.

“We’re starting a great experiment here and it’s for you,” Miranda said.

The two-minute performances mimicked the style of the Broadway sensation, using historical snippets as students shifted from rap to poetry to song. 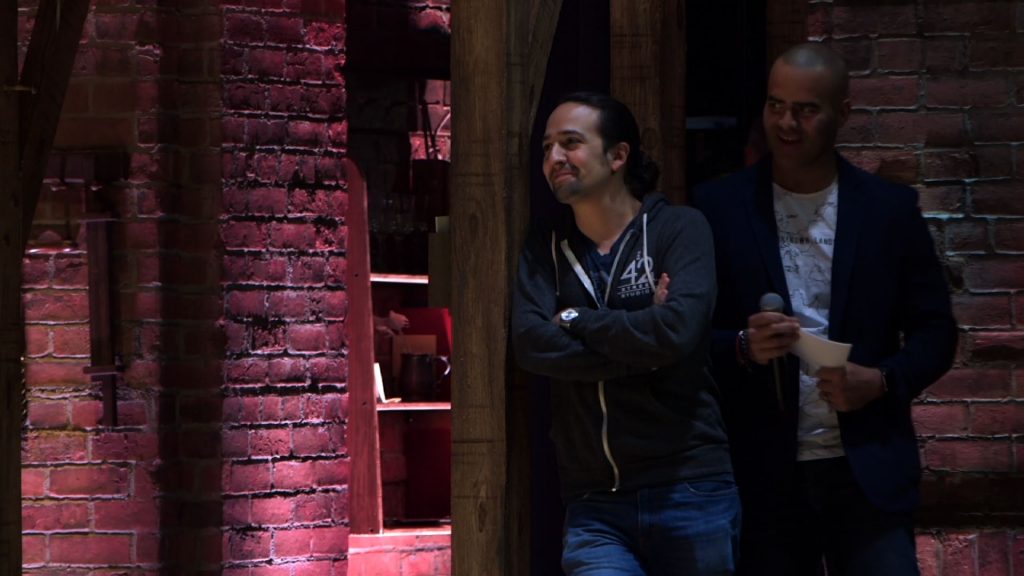 After the students performed, they were able to stay and see the cast’s full performance of “Hamilton.” Those in attendance paid $10 for tickets — a stark contrast to the general public, where fans are spending hundreds of dollars each for tickets that are sold out through next year.

The educational collaboration was financed by more than $1 million in grants from the Rockefeller Foundation and with backing of the Gilder Lehrman Institute of American History.

On a recent Wednesday in Brooklyn, nearly two dozen students from The Facing History School’s Advanced Placement history class laid the groundwork for their upcoming renditions for the ‘Hamilton’ cast.

Teacher Paul Zuppello skirted from table to table, helping the groups form the basis for their presentations while filling in historical blanks.

Students considered topics like civil participation, abolition and slavery and the British invasion.

“What do you have to do to keep historical integrity?” Zuppello asked the class as they unfurled their plans in frenzied discussions. “It’s okay to create a new situation. It’s not okay to change who that character is.” 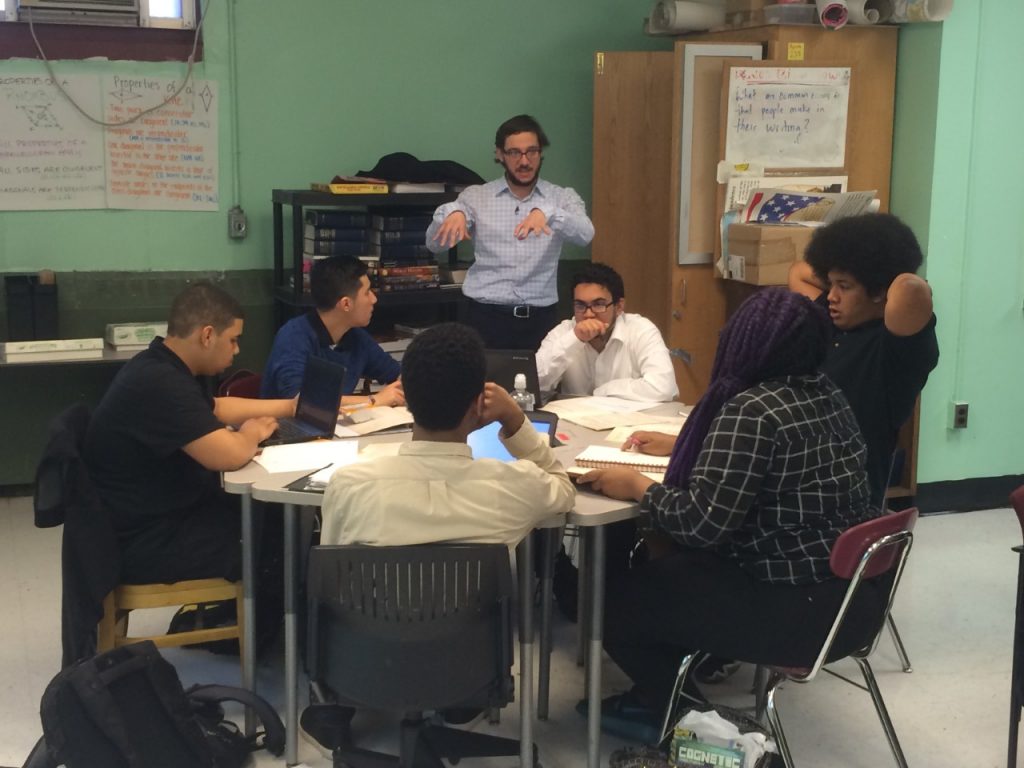 New York City teacher Paul Zuppello talks to his A.P. History students about their plans to perform before the Broadway sensation “Hamilton.” The shows producers have collaborated to allow 20,000 New York City students to see the production, while wrapping the lessons of Alexander Hamilton into respective curriculums. Photo By Michael D. Regan/PBS NewsHour

Miranda, who wrote the musical based on an Alexander Hamilton biography by Ron Chernow, said it was in part his own experiences attending New York City public schools that drew him to the collaboration.

Left: Lin-Manuel Miranda during the Broadway opening night performance of 'Hamilton' at the Richard Rodgers Theatre on August 6, 2015 in New York City. Photo by Walter McBride/WireImage