Looking for sober friends at a concert? Find the Deadheads with a yellow balloon

As the music began for a third day at a music festival in northern California last Saturday morning, 38 people sat at a campsite nearby, sharing how they would get through the weekend without relapsing.

With more than 9,000 people at the 26th annual High Sierra Music Festival in Quincy for headliners like Ben Harper and Thievery Corporation, sobriety was an uncommon theme.

And people in this group — several from the Grateful Dead era who decided to get sober — can sometimes struggle being around the very party culture they helped shape. 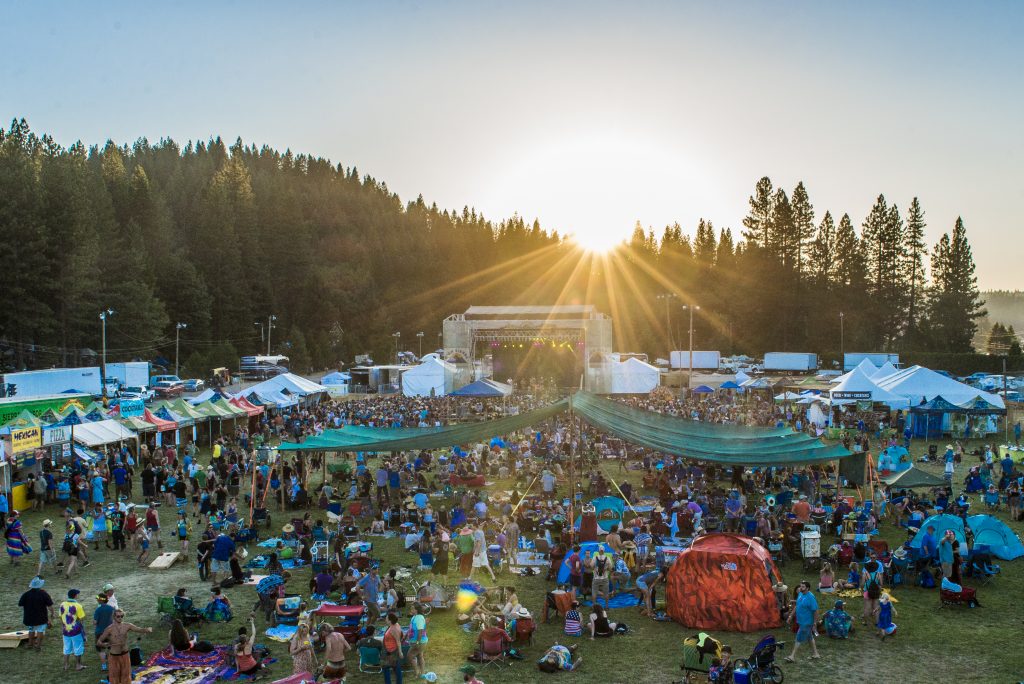 Instead of staying home, these sober concertgoers have been able to find a community at Camp Traction for the last 10 years at High Sierra. It’s a safe space that holds daily meetings while participants are surrounded by some of their most powerful triggers.

Even during Saturday’s talk, curious folks with a beer in hand who stumbled by would stop to see what they were talking about.

“We provide traction in an otherwise slippery environment,” said Bill, 54, who was wearing a purple tie-dyed Grateful Dead shirt and asked that the NewsHour only use his first name. “I was mostly a pothead. I did a lot of coke in college. I call myself an addict.” 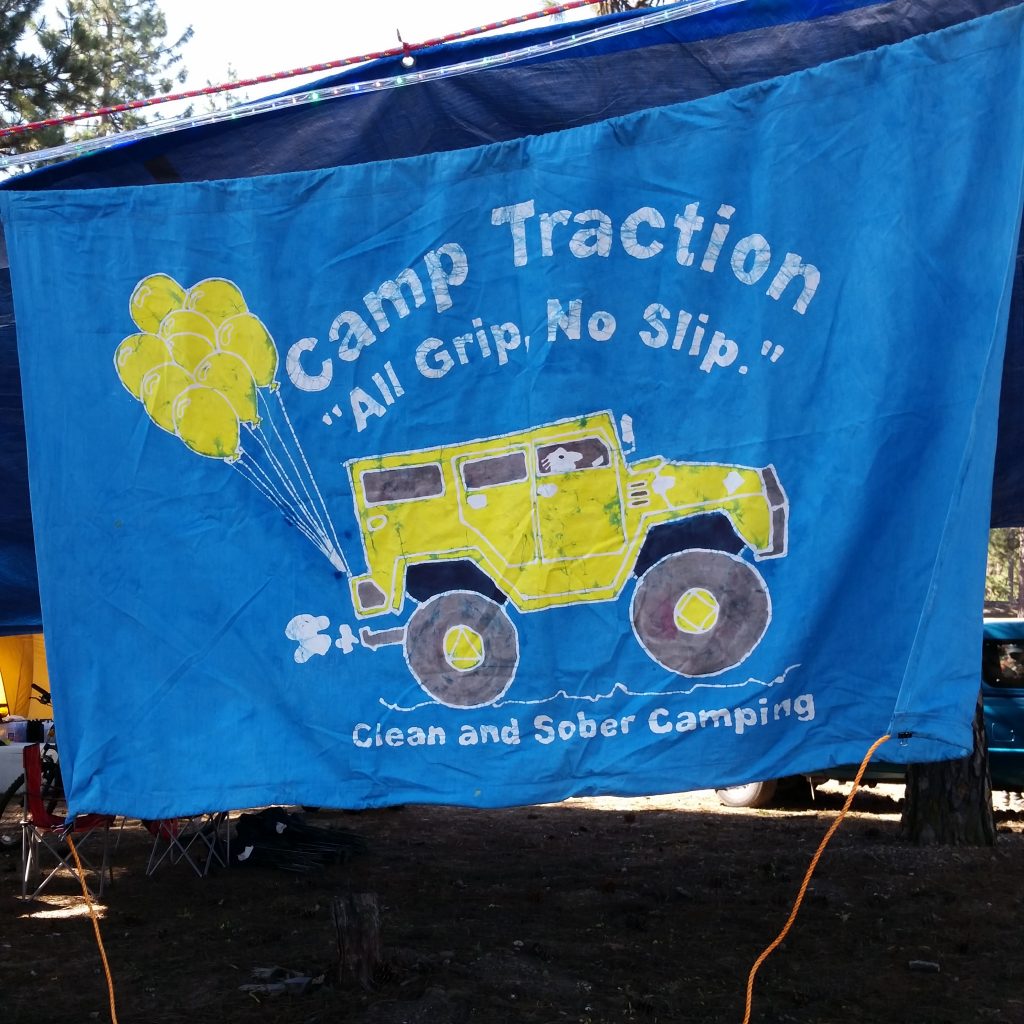 Bill remembers in the 1980s he would see people with yellow balloons meeting during set breaks at Grateful Dead shows. Back then, they were a blur to him, another cult within a cult following.

But when he decided to become sober, he realized they were a group that have come to be known as the Wharf Rats, named after a Grateful Dead song about a down-and-out wino. The band would allow them to set up a table at the concert and he embraced them because Grateful Dead shows had started to become a battlefield for him.

“I can’t think of any place on earth there would be more drugs,” he said.

Those same yellow balloons have emerged as the trademark for dozens of other sober groups who follow bands with a similar scene. Phish has the Phellowship, String Cheese Incident has the Jellyfish, Widespread Panic has the Gateway and Umphrey’s Mcgee has Much Obliged, to name a few.

At concerts, a yellow balloon signifies a fellowship that can often be more important to some than the music. Camp Traction’s site at High Sierra was lined with them last weekend. 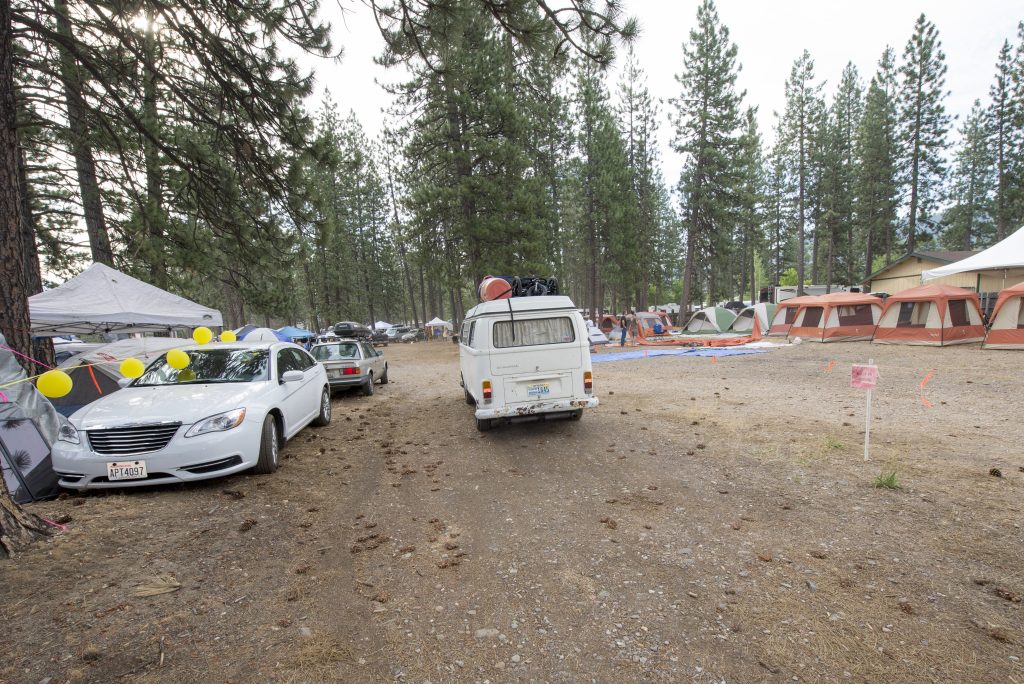 People who had been sober for as little as five days and as long as 25 years were staying there.

“You guys have no idea how special you have been,” said one man as he teared up during Saturday’s meeting, where there were eggs, bacon, pancakes, trail mix and other snacks.

People sat in a circle under a shaded area covered by a blue tarp, drinking, cans of Monster energy, bottles of coconut water or coffee and they looked chipper.

California has a history of people overdosing at large musical gatherings. Back in 2011, Assemblywoman Fiona Ma, now chairwoman of the state Board of Equalization, tried to ban raves after a 15-year-old girl died at one from taking too much ecstasy. That effort failed, but the issue is still relevant. 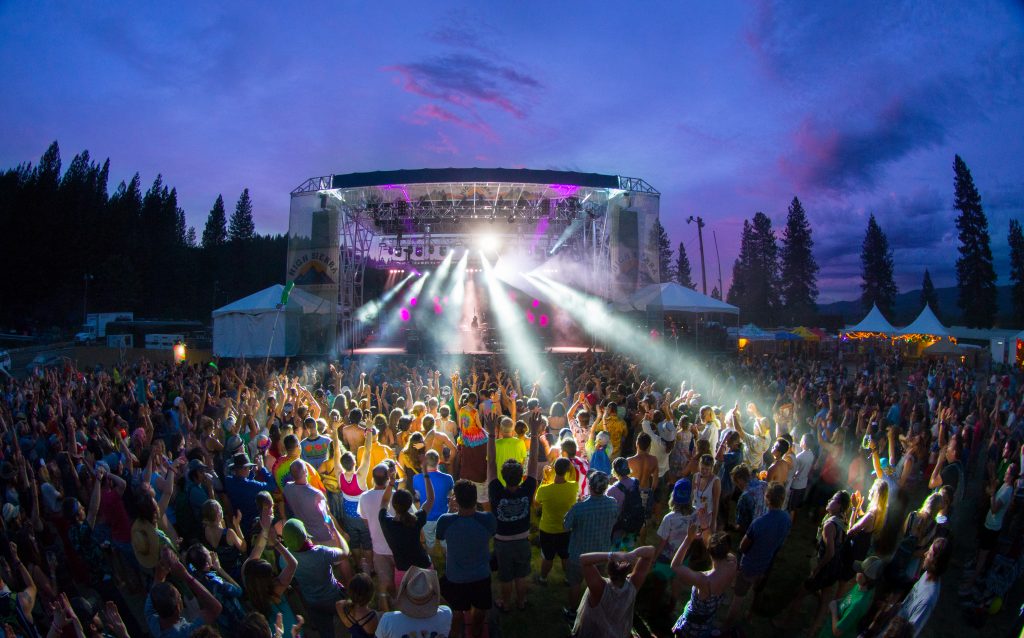 No one has ever died from an overdose at High Sierra — but with temperatures sometimes reaching above 100 degrees Fahrenheit, the biggest problem is dehydration.

Organizers support Camp Traction by putting them in the guidebook and a picture of a yellow balloon with the camp’s name on its map. Since Camp Traction does not pass judgment on anyone’s lifestyle, festival organizers support them, allowing the group to sanction off their own space, High Sierra spokeswoman Paige Clem said.

“Part of what makes it work is the way in which it’s presented, which is not that they’re saying, ‘You need to be sober,’” Clem said. “It’s literally just existing for people who need it.” 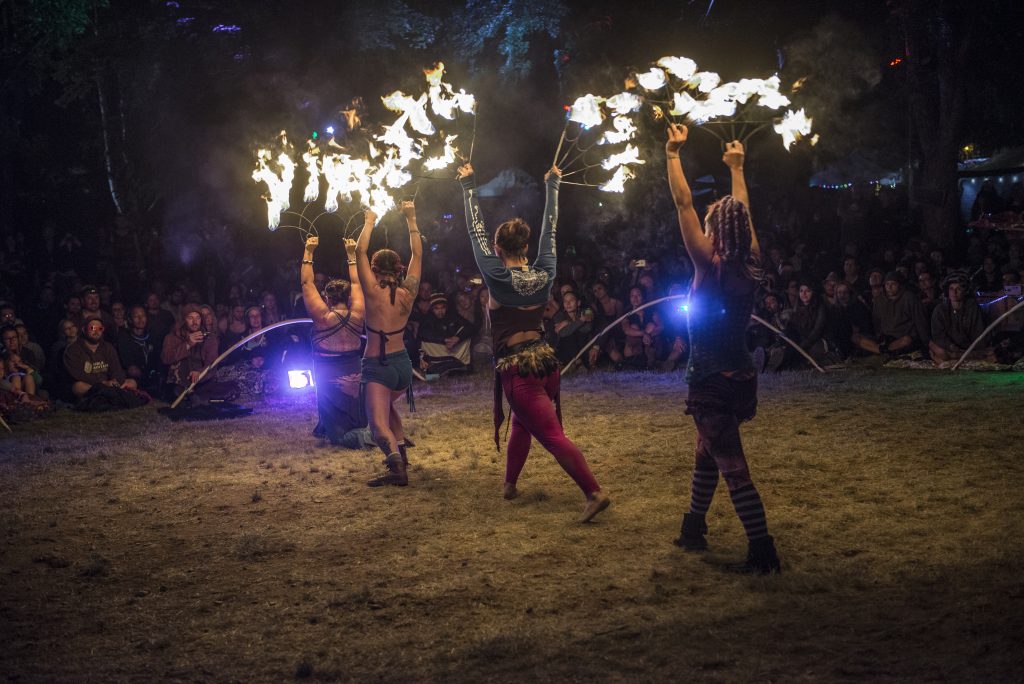 Camp organizer Lisa, 46, who asked to only use her first name, said a man who was five days sober found them using the map.

Then she asked him where he was camping, rallied a group and went to help him move his stuff. Saturday was his sixth day sober.

Lisa said that is exactly why she has loved organizing the camp for the last 10 years. She said they don’t turn anyone away, especially because she knows that for some, it may be a matter of life or death – in her early 20s, her boyfriend who she called her “using buddy” died in a car crash while he was high, likely on speed, she said.

“It’s not like we’re going to drug test you at the door,” she said. “If a pregnant lady wanted to join, or anybody else for whatever reason … I don’t want people to feel like they don’t qualify.” 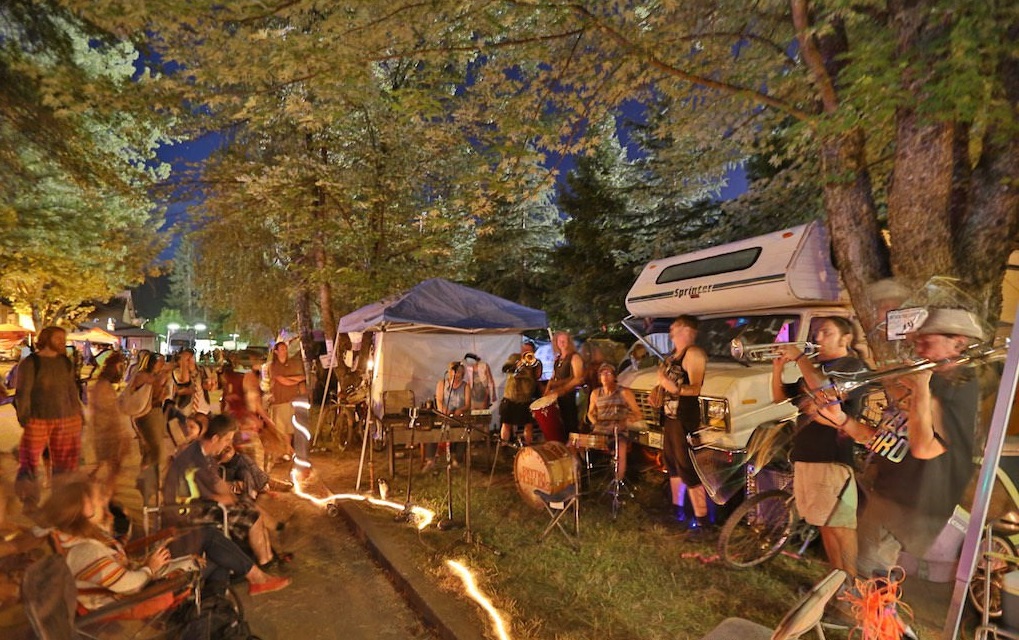