Clothing designer Mallorie Dunn on the rise of body-positive fashion

Fashion designer Mallorie Dunn wants to make clothing for women of all sizes.

Dunn, the founder and designer of clothing line Smart Glamour, said this is not a common mission in the industry. With Smart Glamour — which she described as a “body-positive clothing line of customizable, ethically made clothing” — she hopes to counter unrealistic body standards that she said pervade media portrayals of women.

According to research from Washington State University assistant professor Deborah Christel, the average U.S. woman wears between a size 16 to 18, Bloomberg reported. And as New York Fashion Week began on Sept. 8, Project Runway co-host Tim Gunn wrote in the Washington Post that designers have failed to make clothes that fit the bodies of many U.S. women. 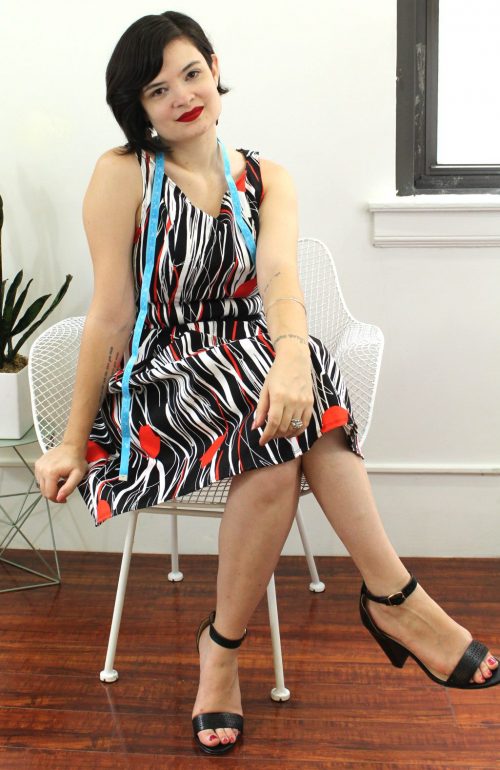 “I love the American fashion industry, but it has a lot of problems, and one of them is the baffling way it has turned its back on plus-size women,” he wrote. “It’s a puzzling conundrum.”

We spoke to Dunn about her line and what the future holds for accepting more diverse bodies in the fashion industry.

What initially inspired you to create Smart Glamour?

I’ve been doing fashion and making clothing for over 15 years now. I went to college for it, and then I worked in corporate fashion design for a while. And then I left corporate design because I didn’t feel very creatively fulfilled or too happy with fast fashion in general.

I noticed the extreme pattern of adult women feeling super self-conscious about their bodies and having a really hard time shopping. And it was really frustrating to me because I would get together with a group of women, specifically, although this definitely happens to all people, and it would just kind of spiral down. One person would say something negative about themselves and then somebody else would jump on, and it would just go and go into this downward spiral. And it was just really frustrating, because we have a lot more amazing things to bring, to offer to the world and bring to the table, and yet we’re all focusing on our images, and specifically in a negative way.

So I wanted to think about why that happens. And the two incredibly generalized reasons that I came up with was, one, that the way that women are presented, in media and in ads and in movies and TV, is just really inaccurate. I live in New York City and I sit on the subway, and what I see in daily life is not what I see reflected back at me. And I’m a thin, white woman, so I can’t even imagine being anything other than a thin, white woman and just not seeing yourself anywhere. It’s insane.

The second thing is that it’s just really tough to find women’s clothing that fits well, women’s clothing for all bodies. The average size women in America actually just went up. It used to be 14, now it’s between a 16 and an 18, and yet 97 percent of clothing brands stop at an XL. It makes absolutely no sense.

So I decided to solve all of these things by creating clothing that is for everybody and is actually for everybody, because it’s customizable. We have such a giant size range of XS through 6X, but we’re not even really capped by that because you can get something custom-made to your measurements and it doesn’t even matter what size you are. 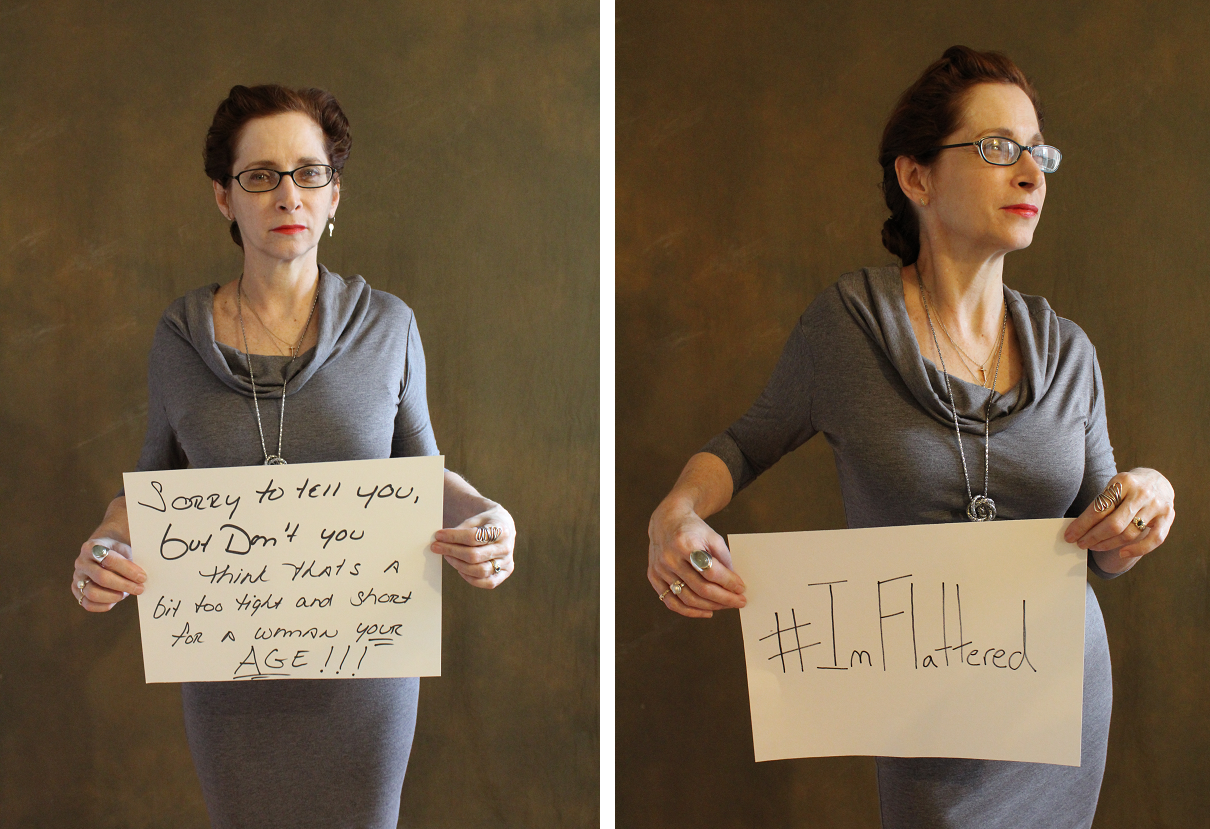 What was the #ImFlattered campaign, and what were some of the reactions to it?

If you look up “flattering clothing,” you find all these articles of like, “10 ways to flatter your body,” “you should wear this,” which is all just nonsense. Who are you really doing that for? Why do we need to look smaller? Why do we need to hide parts of our bodies so that other people are more comfortable? Clothes and happiness in general should be for yourself, not for others. 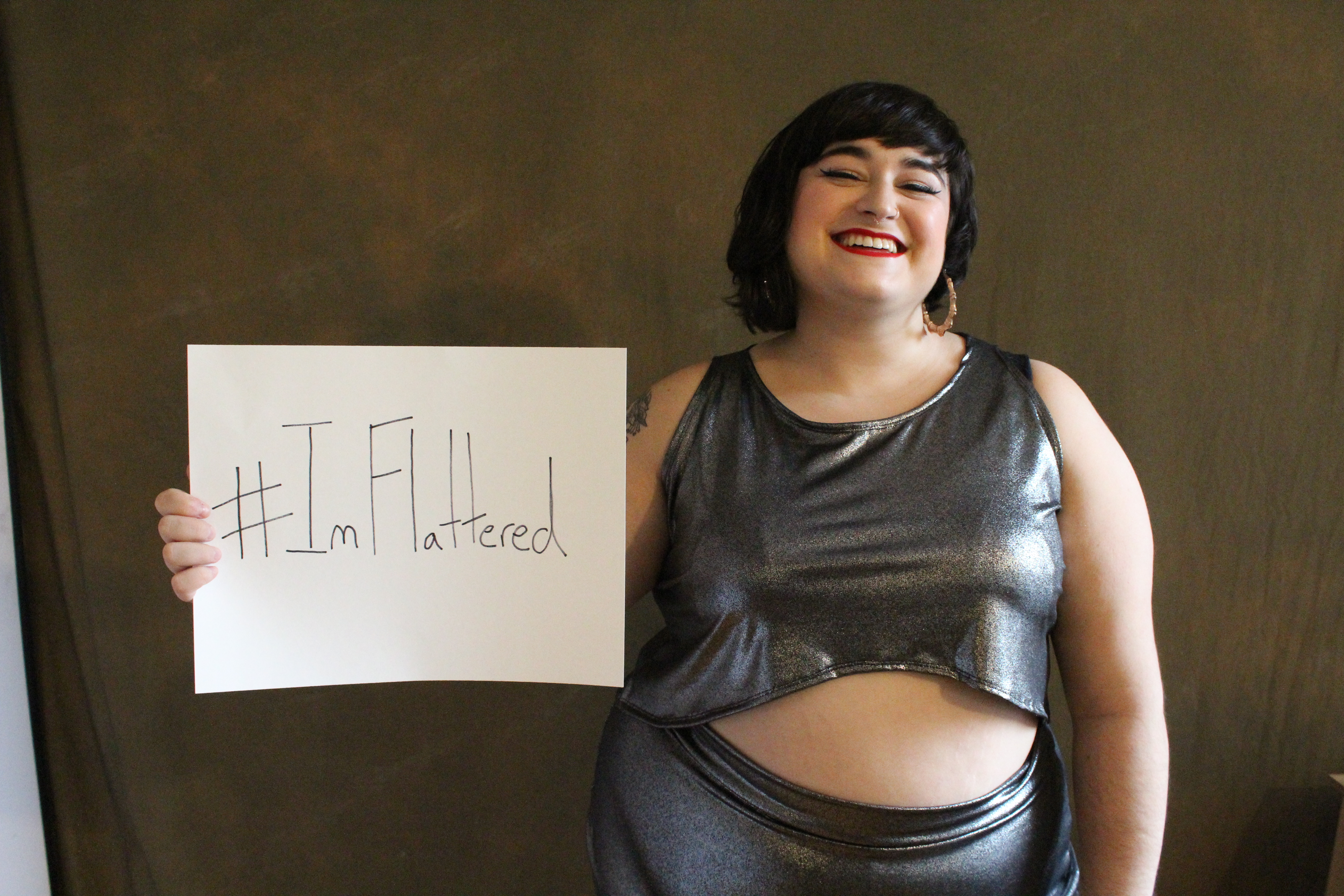 Why do you think people feel the need to comment on other people’s bodies?

It’s because they’re insecure themselves. All day every day, we’re being bombarded by advertisements telling us that we’re not good enough, so we need to buy these things and try to reach whatever goal it may be. And once we reach that, then maybe we’ll be happy. Which a lot of people have realized that that’s really not the way that it works.

When people who are very insecure or who haven’t come to terms with who they are yet see other people who are breaking those rules — who are saying, “Well I’m fat and I’m happy,” or, “I’m disabled and I’m sexy,” or, “I’m things that society tells us not to be” — it’s frustrating to people who don’t feel good about themselves, because they see someone else succeeding at it and breaking the rules that they’re trying so hard to follow.

What are some of the reactions you get from women who wear your clothing? How does that make you feel?

I had a popup store in New York City last year. I had a woman come in who was 40 years old and never wore short sleeves or sleeveless anything in her life because she’s been told she should hide her arms. And she was like, “I feel like this is a place where I can step out of that box. This is a safe space.”

I have two sisters, but one of them is plus size, and she’s older than me, and I never really thought about this company in direct correlation to her and what it might do for her. It just didn’t cross my mind. And then she started buying things from me, and it just kind of spiraled into this wonderful thing where I make almost all of her clothes.

And her confidence has grown. The kinds of things that she chooses to buy has changed. She bought her first two-piece bathing suit; now she owns, like, six. It’s changed everything about her. And when I did the popup last year, she came to the store for an event. She was like, “Mal, walking down the street and coming to your store was such a different physical emotional reaction that I was not expecting to have, because I used to walk down these streets, and I used to see all of these boutiques that as a plus-size woman I can’t shop in. And now I’m walking down the same street however many years later and I’m coming upon your store, and I know that I can get anything I want in here.” 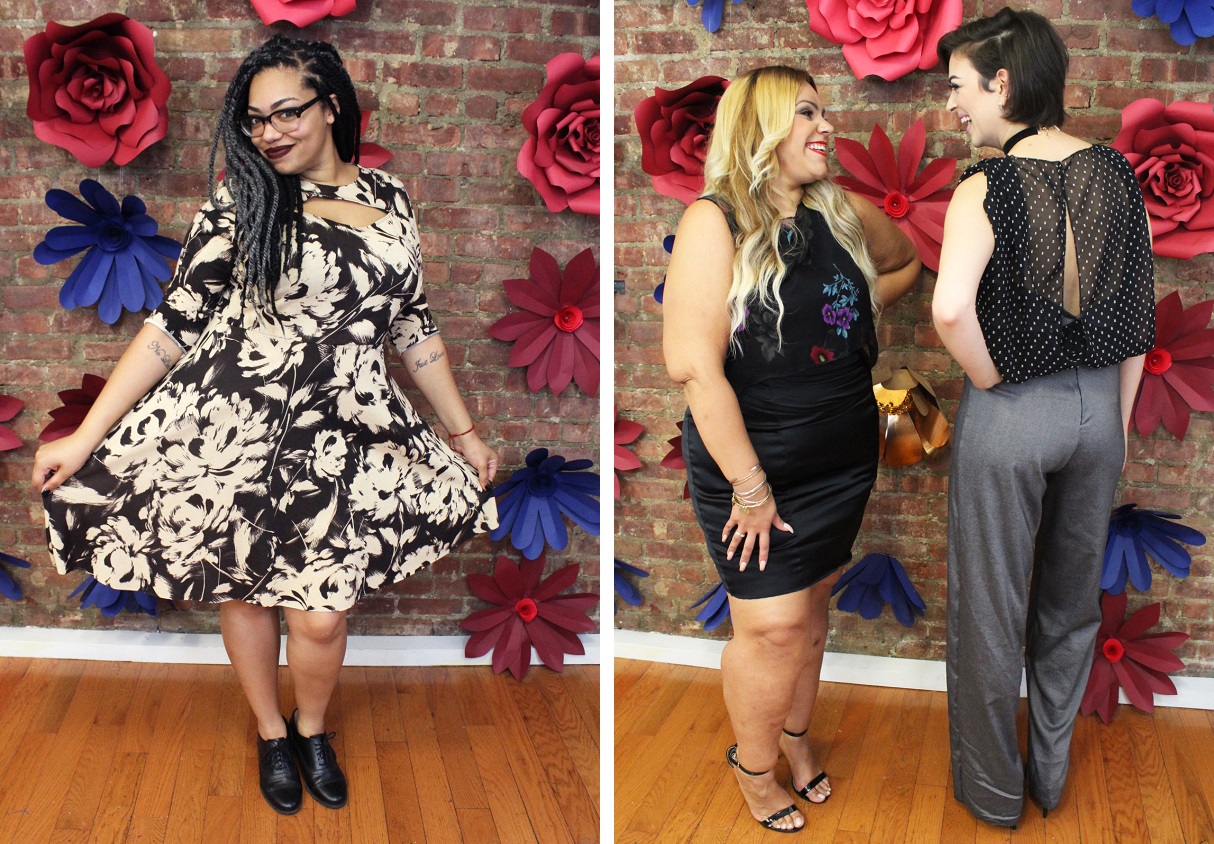 Have you heard any criticisms of Smart Glamour?

I definitely get hatred and trolls on articles in media, who just find a picture of a fat woman and want to be mean. It’s not necessarily about my clothing brand, it’s [that] I’m showing pictures of people that don’t seem attractive [to them]. Because my clothing brand is not just your average clothing brand – it’s also a space for education and empowerment and confidence – I feel like it is my responsibility to not only heavily moderate those kind of comments, but when I get comments like that from other women specifically that aren’t outright hateful, but that are very shrouded in, “Well, I’m plus-size too, and I would never wear that,” I try to have a conversation with them. I try to say, you know, “I really encourage you to ask yourself why you’re feeling that way and where that’s coming from.” 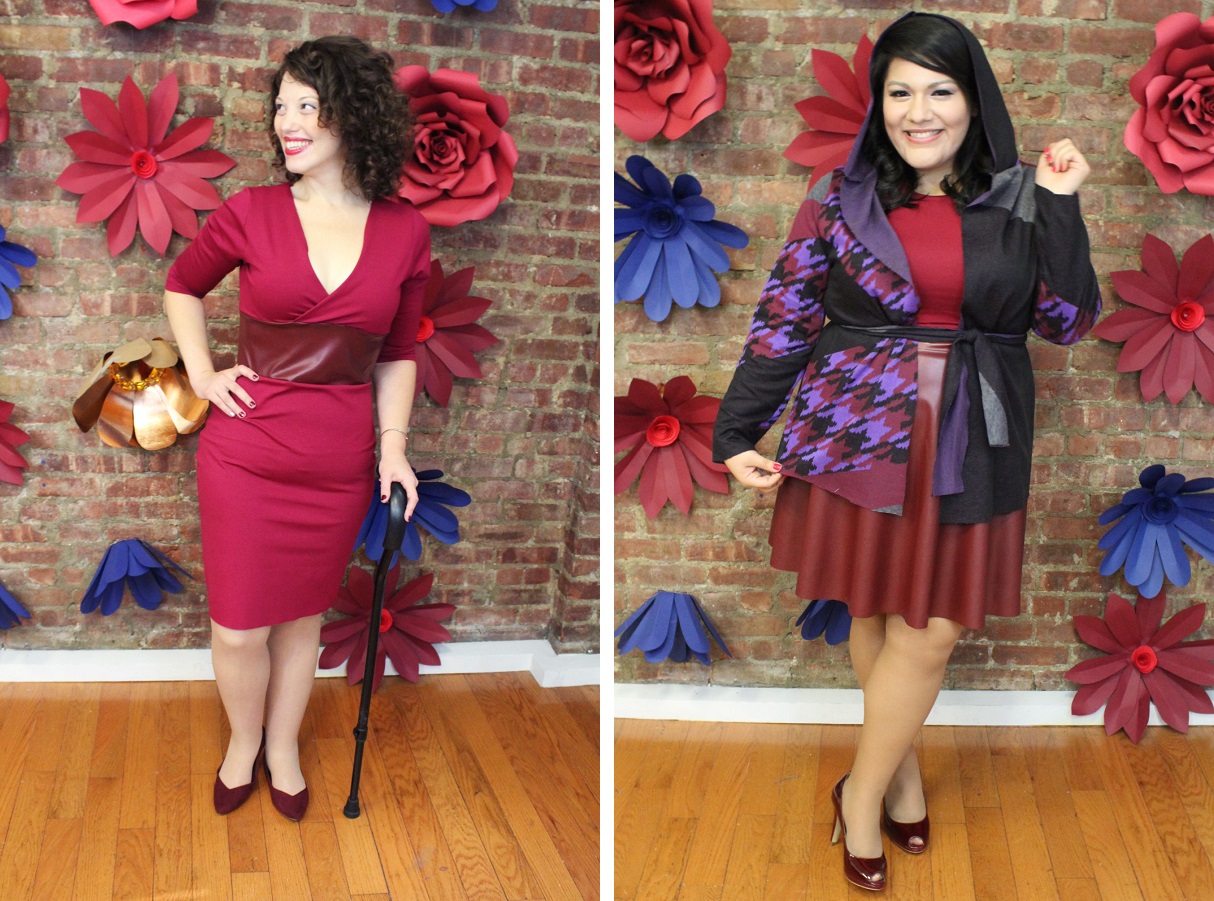 Do you think all-inclusive women’s clothing will ever become the norm in the fashion industry?

I hope so. There’s a lot of very small baby steps happening. I have a really difficult time applauding giant companies when they take baby steps, because I’m one person and I’m managing to do it. When people ask, “Why don’t other designers do this?,” it’s just because they don’t want to.

There have been a couple designers who just had some plus-sized models mixed in with their other straight-size models and just not even made a thing about it, which is wonderful, and I hope that continues, but I also hope that they then actually put those actions into practice and are making clothes for those bodies. 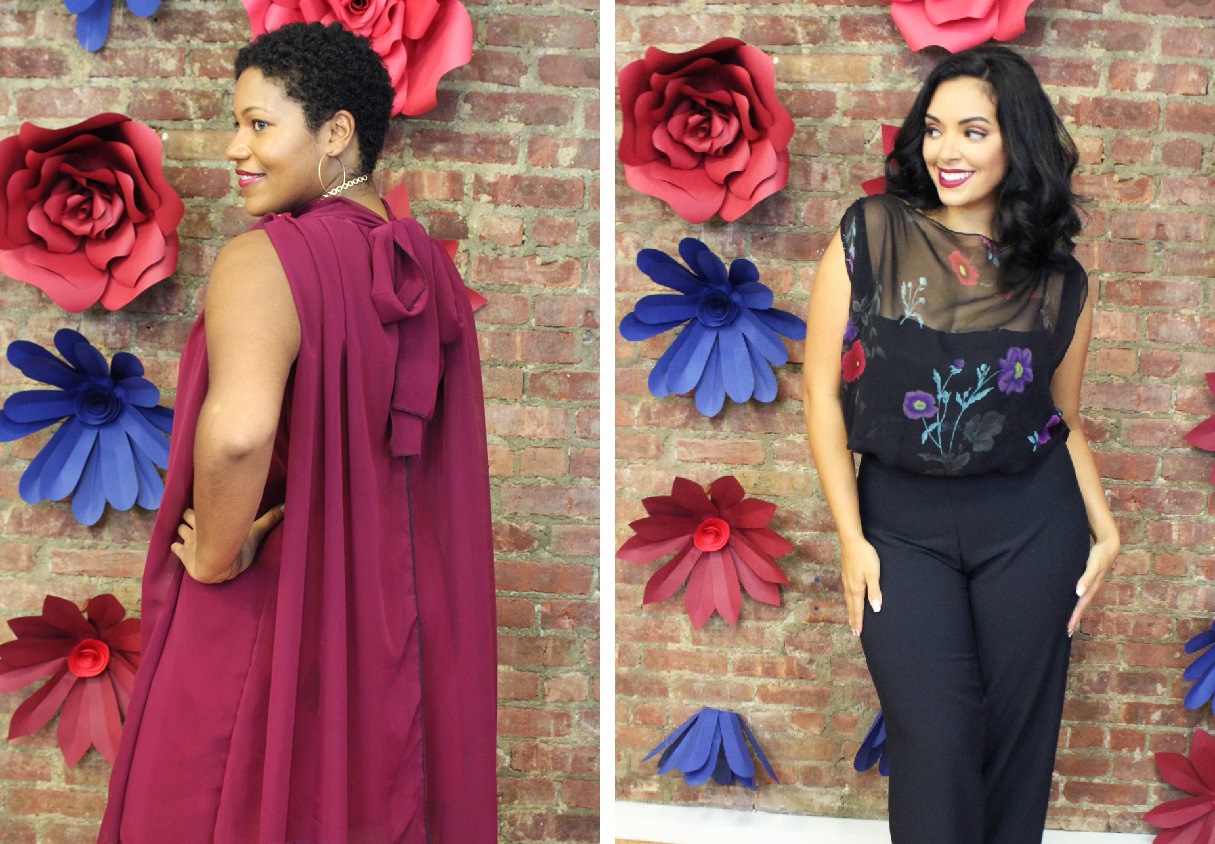 Interview has been edited for length and clarity.