Marie Kondo on how to fold children’s clothing

This week, celebrity decluttering expert Marie Kondo aimed her message of cleanliness and order at a more difficult crowd: children.

She released her first children’s book on Tuesday called, “Kiki and Jax: The Life-Changing Magic of Friendship.” Jax the owl is a “sorter,” while Kiki the squirrel is a “collector.” Kiki’s messy habits get in the way of their friendship, until a big Kondo-style purge makes everything better.

Kondo, who is a mother of two young daughters, has become something of a cult figure, known for her advice to only keep possessions that “spark joy.” She told NewsHour Weekend, she believes (not surprisingly) that it’s important to start teaching kids about keeping tidy at a very young age. 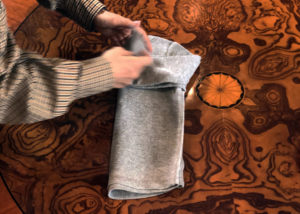 “Even small children have an attachment to toys or they have a sense of owning clothes, so the concept of tidying up such things or treating them with care is a skill that you can use for the rest of your life,” Kondo said. 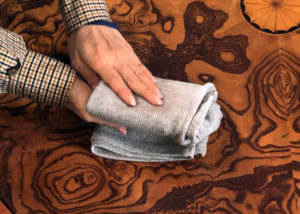 Then, tuck in the sleeves and fold the entire garment in thirds, or even quarters.

Kondo said she thinks children as young as age 1 can begin keeping tidy, at least with simple tasks. “I think as soon as [a child] can perform the movements involved in tidying up, like holding something and putting it back, they can do it.” Kondo said.

But is it truly realistic to be able to get a stubborn toddler to part with his beloved toys? Kondo advised first explaining to the child that space is limited, and you can only keep what fits. She said rather than trying to get them to figure out what sparks joy, try lining up their toys in the order of favorite to least favorite. 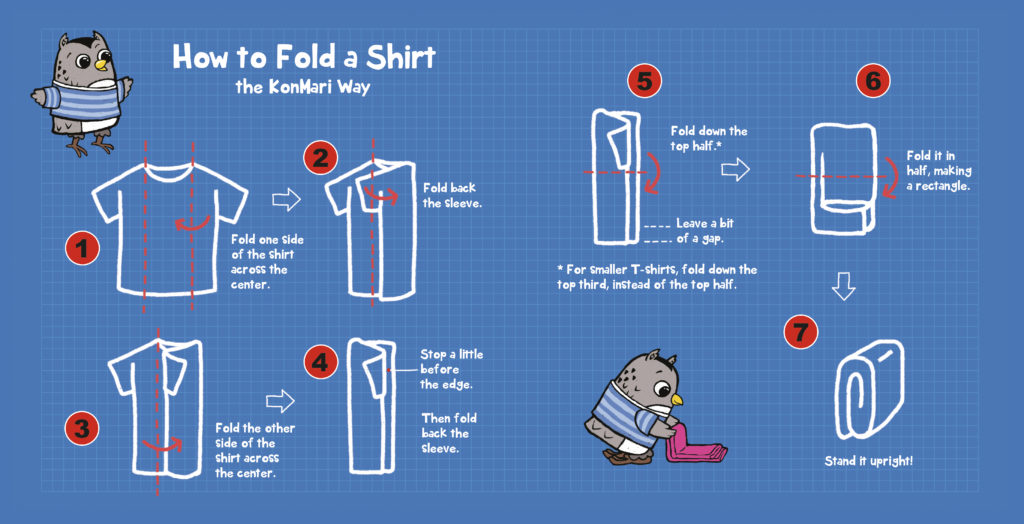 Kondo is well-known for her compact method of folding. Image courtesy of KonMari Media Inc.

Kondo is also well-known for her compact method of folding clothes. She recommends folding very young children’s clothes – like a onesie – in half, lengthwise. Then, tuck in the sleeves and fold the entire garment in thirds, or even quarters.

With older children’s shirts, fold the two sides in, lengthwise, to form a rectangle, then gently fold in the sleeves. Finish by folding the garment in thirds.

With the shirts folded in this compact way, you can stand them all upright in a drawer so you can see everything that’s in there at one time.

Left: Marie Kondo has become something of a cult figure and a decluttering expert, known for her advice to only keep possessions that "spark joy."