What voices have been lost to history? That’s a question that absorbs Mary Reid Kelley, a newly-named MacArthur fellow who leads viewers of her films through a black-and-white historical maze.

Kelley works with her partner Patrick Kelley to create films that attempt to fill in the gaps between established facts, often telling the stories of people on the margins of history books. “I am very interested in people who do not, for some reason or other, tell their own stories, or can’t tell their own stories,” Kelley told the NewsHour. Kelley plays all of the characters as they face the challenges that come with moments of intense societal change — a struggle that resonates with the present day. But to talk to Kelley about her work is to wander with her through history.

Her journey in film began at the Yale Alumni War Memorial, where she created found poetry out of rubbings from the names of Yale alumni who died in U.S. wars. Fascinated by these names, she traveled to France and Belgium to visit some of the soldiers’ graves and began researching Archibald MacLeish, a poet whose younger brother Kenneth died in World War I. Her first film was inspired by his story.

“He wrote this very reductive poetry saying essentially that [Kenneth] died for something greater, a greater purpose,” she said. “Later on, he changed his mind essentially and said no, this was just a complete waste of my brother’s life.” 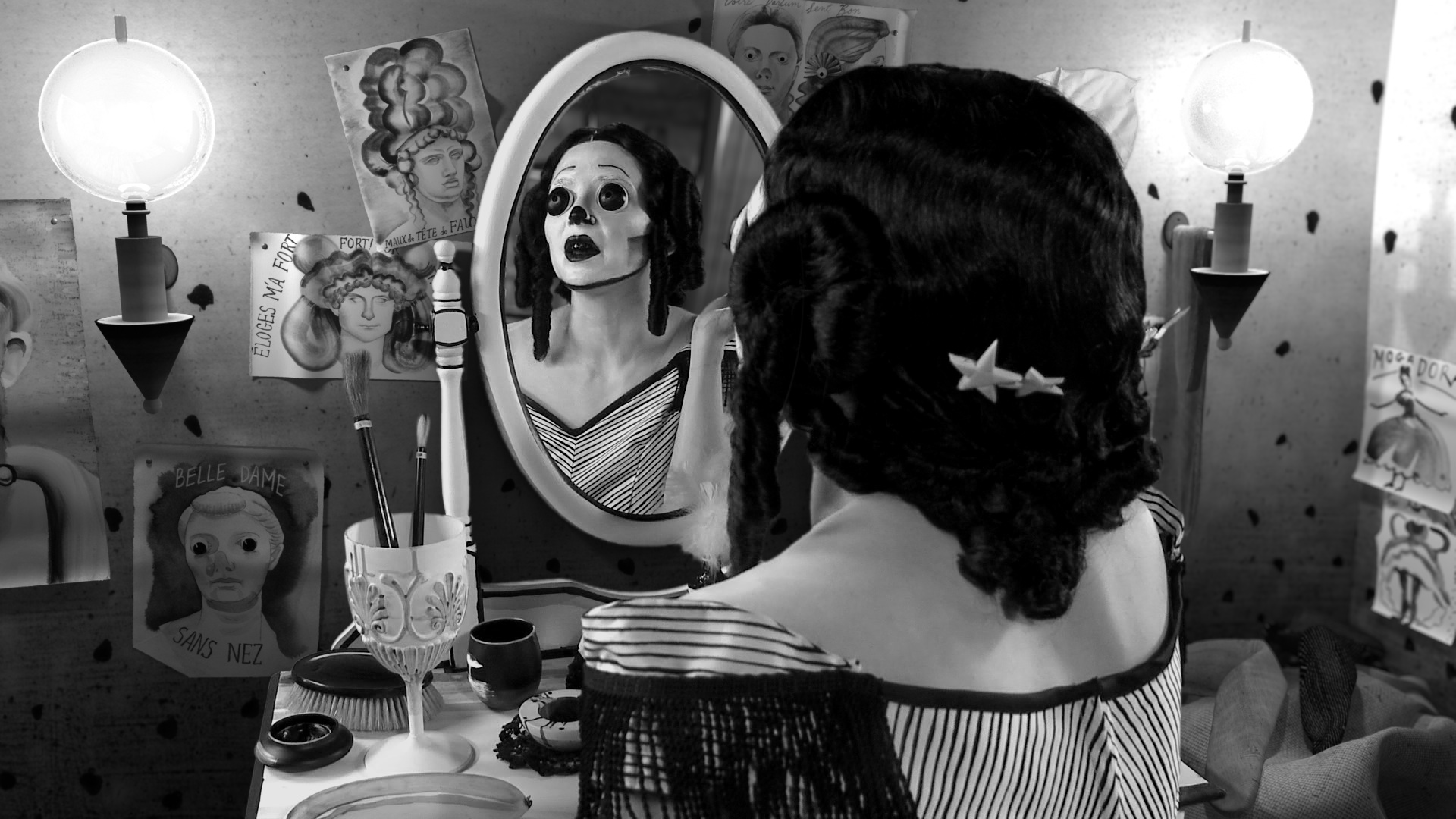 A still from “The Syphilis of Sisyphus” by Mary Reid Kelley. Photo courtesy of the artist and Fredericks & Freiser, NY

Researching World War I led Kelley to the stories of sex workers who had staffed popular brothels for soldiers during the war. Kelley said she encountered no testimony from the women who survived those brothels, a gap in recorded history that “shocked and really disappointed” her, Kelley said.

But then she realized: “If you had survived that experience, no one would think it was a valuable experience. The best thing that could happen to you would be to go somewhere and have nobody ever realize that it happened to you. … It would have damaged their lives to say it. This happens to a lot of women now, who suffer sexual violence.” 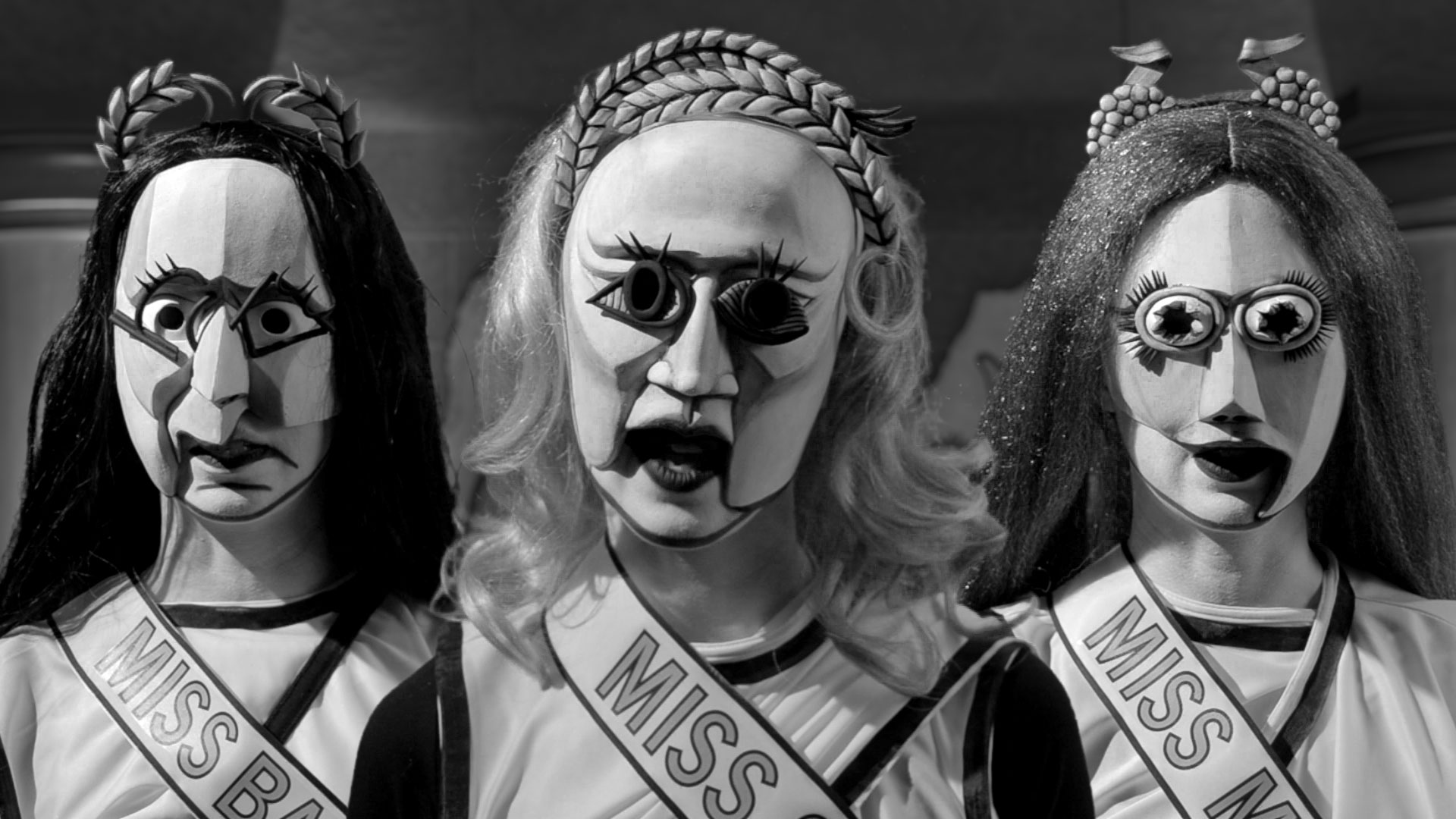 A still from “Priapus Agonistes” by Mary Reid Kelley. Photo courtesy of the artist and Fredericks & Freiser, NY

Kelley plays all of her characters, who move through boldly-drawn, monochromatic sets in elaborate costumes, speaking in verse. The setting, meticulously crafted, gives off the lo-fi impression of early animation. Their eyes are obscured; something about them stays out of reach.

The style of her characters, which also includes mime makeup, “makes them less like a real person and more like a mask, or a cipher, or a graffiti,” Kelley said. 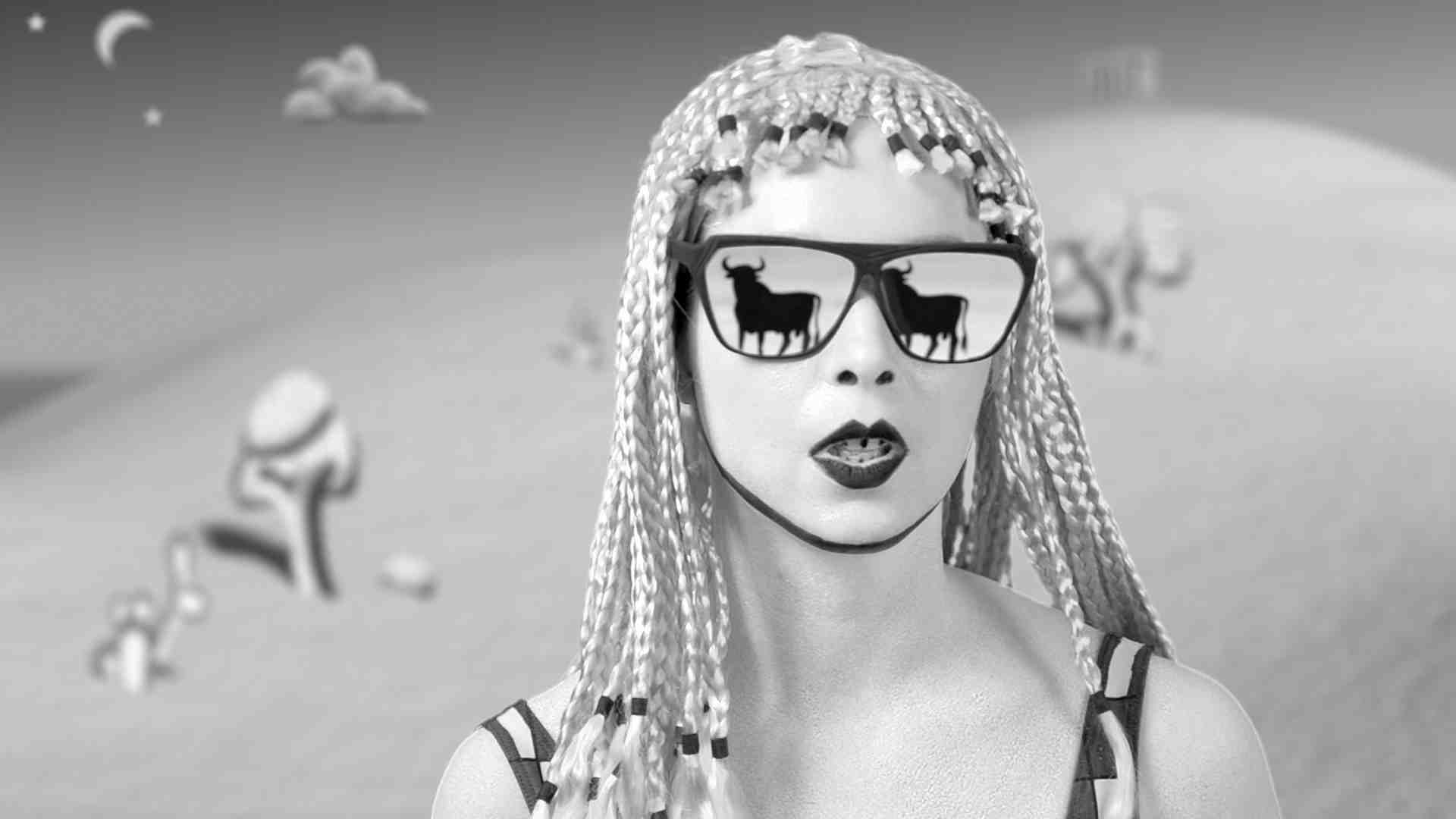 A still from “Swinburne’s Pasiphae” by Mary Reid Kelley. Photo courtesy of the artist and Fredericks & Freiser, NY

Another key element is wordplay: in “The Syphilis of Sisyphus,” a young prostitute sits at a vanity table, applying makeup. In the mirror, she declares, “The Toilette is noble! But taste’s in the toilet.” In “The Queen’s English,” a nurse treating World War I soldiers at a tent hospital declares, “I love you darling the way a Dutchman loves a dike, the way a woman needs a man that needs a fish that needs a bike.”

These phrases and puns often spring from the research process, she said. “I’ll read a word and my mind will kind of rebel against the forced activity, the forced hard thinking by playing with it.”

Left: A still from "You Make Me Iliad" by Mary Reid Kelley. Photo courtesy of the artist and Fredericks & Freiser, NY