The bookworms of NewsHour have been busy this year — 2015 brought a number of great additions to the literary world, and as the year winds down we wanted to share some of our favorites with you. One of our picks involves a friendship between two classical composers, told in comic form; another invokes both New York burlesque and the Occupy movement.

Check out the full list below for some reading suggestions, and note that one of the books, “Republic of Imagination,” is just over a year old, but we enjoyed reading it this year, so we’re counting it. Because we can. Happy reading! 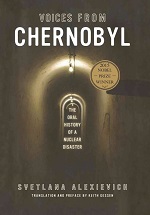 Since I report on books and talk to so many authors, I’m loathe to pick one over another. Instead, I’m going to assert a privilege (or ask for an indulgence) and cheat. The book I’d like to recommend didn’t come out in 2015, but many of us learned about it this year, when the Nobel Prize in Literature was awarded to Svetlana Alexievich. What do big prizes do? Honor and reward the author, yes, but also turn us on to or remind us of writers we must encounter, books we must read. I’d heard of Alexievich but not read her work until I picked up “Voices from Chernobyl: The Oral History of a Nuclear Disaster.” It’s a stunner, a global tragedy captured in the most personal details, and a reminder of the power of the individual human voice. It’s also very artfully constructed – this is not merely turning on the recorder and letting it roll. “Voices of Chernobyl” is an act of literature and of witness. 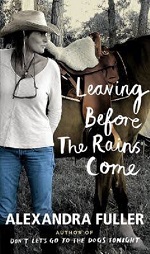 If you have never read anything by Alexandra Fuller before, you must. She is one of the great memoirists of our time and a stunningly lyrical writer. When I read her books I often find myself stopping just to marvel at her construction of a sentence. I recommend you start with her haunting first memoir of her childhood, “Don’t Let’s Go to the Dogs Tonight.” While this latest, and third memoir, “Leaving Before the Rains Come,” isn’t quite as satisfying as a story as that first one, it has the messy authenticity of adult life and marriage. Like so many of my favorite books this year, like Ta-Nehisi Coats’ brilliant “Between the World and Me” or Gayle Tzemach Lemmon’s “Ashley’s War,” or my talented colleague Jeffrey Brown’s collection of poems, “The News,” I couldn’t put it down. 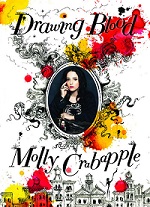 Crabapple’s memoir sketches out the road to making a living as an artist, from her time working as an artist’s model and performing in the New York burlesque scene to illustrating the trial of Khalid Sheikh Mohammed at Guantanamo Bay. Crabapple’s writing is wonderfully direct and equally honest about pre-recession New York as it is about the Occupy movement that emerged in the wake of the crash. It’s a personal memoir, but also lends vivid perspective to many major political developments of the past several years, and contextualizes them with the inseparable politics of art, class and privilege. And it includes many of the gorgeous, intricate drawings that drive the story forward. 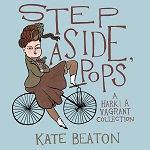 Cartoonist Kate Beaton accomplishes something my high school history teacher failed to do: Make history fun. I don’t think Beaton’s found a clever punchline yet for the Potsdam Conference, but in this year’s collection, “Step Aside Pops,” shes tackles, among other historical figures, the unlikely friendship between Frederic Chopin and Franz Liszt. It’s a sitcom waiting to happen. 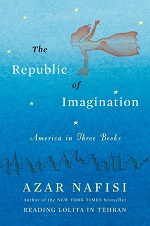 As an ardent reader of fiction since girlhood, I settled down to read Azar Nafisi’s “Republic of Imagination” with the anticipation of starting a gourmet meal. In finding food for the spirit, I was not disappointed. It’s not as startling as her 2003 blockbuster “Reading Lolita in Tehran,” which follows her years leading a secret women’s book group in repressive post-revolutionary Iran as they discovered the wonders of American literature. But it is an another joyous celebration of how characters in our fiction have helped us define what it means to be an American. Happy now to be a US citizen herself, Nafisi writes that her “true home…is a land with no borders and few restrictions, which I have taken to calling the Republic of imagination.” The only passport required is “an open mind, a restless desire to know and undefinable urge to escape the mundane.”

Out of the three books she explores — Mark Twain’s “Adventures of Huckleberry Finn” (1884), Sinclair Lewis’s “Babbitt” (1922) and Carson McCullers’ “The Heart is a Lonely Hunter” (1940) — her favorite character is clearly Huck. Nafisi argues that America owes “its most sacred foundational myth — that of restless individualism — to that orphan boy who left home to escape being ‘sivilized’ by his aunt.” The counter-character is George Babbitt himself, a slave to conventionality in his pursuit of middle class comfort, who dismisses his son’s desire to study Shakespeare in college as “old junk.” Knowing both books well, I was fascinated by the juxtaposition offered by Nafisi, who explores the American character as an anthropologist might. The dark cloud she sees is that more Americans today are like Babbitt — unmoved by the literary treasures they’ve inherited, and dismissive about maintaining a humanities culture that would nourish the classics of imagination of the future. 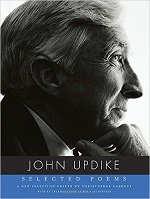 He’s one of the most prolific American writers, but John Updike was not known as a poet. His novels, stories and essays fill volumes. Now, there is a new collection of his verse. A highlight, for me, is “Endpoint,” a series of poems written in the last years of his life. They may be my favorite things he ever wrote.

Here’s a stanza from Spirit of 76:

Be with me, words, a little longer; you
have given me my quitclaim in the sun,
sealed shut my adolescent wounds, made light
of grownup troubles, turned to my advantage
what in most lives would be pure deficit,
and formed, of those I loved, more solid ghosts. 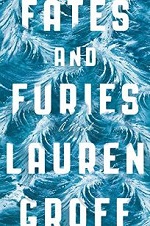 I loved Fates and Furies for its complicated characters and wonderfully unexpected twists. It’s amazing when an author writes fiction about an artist and produces the work of that person in wholly formed art. New York City is also a strong character in the book, a place where people carefully craft stories about themselves that can get in the way of direct and honest human connections. 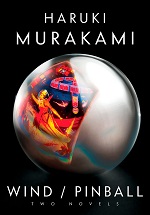 Most people know Murakami for his unique, surrealist writing style. That same voice, with its focus on themes of alienation and loneliness, can be seen beginning to take form in the author’s first two novels, originally published in Japan in the 70s and published in the U.S. for the first time this year. It’s the author’s introduction, however, that gives readers rare insight into how he began and developed as a writer that would one day gain international acclaim. 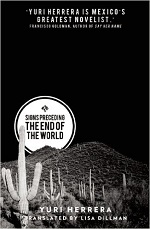 As Herrera uncovers the dark reality of a young Mexican woman’s physical journey crossing the U.S.-Mexico border in search of her brother, he also explores her crossing as a reconciliation of linguistic, racial and societal divides. 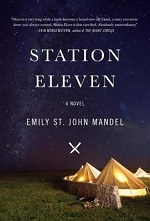 This is a “future” book, not science fiction but not fantasy. This was a finalist for a Pen Faulkner award and involves a Hollywood actor dying on stage, a flu pandemic and a new world.