Poet Gregory Orr: Poetry Is ‘Concentrated Testimony’ of Being Human 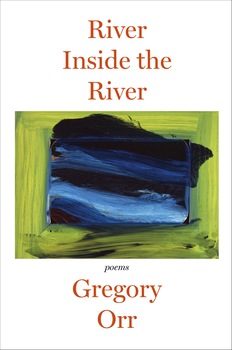 Poet Gregory Orr rhapsodizes on a theme he has explored for nearly a decade: the “beloved,” the things we love.

Of course, what we love can change over time, he says. “It can make you crazy by … shifting from one thing to another and yet, of course, that’s also dazzling,” he told the PBS NewsHour.

The untitled poem from Orr’s latest collection, “River Inside the River“ continues a sequence of poems on that theme.

The “beloved” can be any object of affection: a person, a place, a pet. And it is within those targets of love — and our relationships to them — that Orr finds meaning for his life. “Without any sense [of] the beloved, it seems to me the world goes dead, or the world goes just to self, which is even worse,” Orr said.

The original inspiration was a phrase that sprung from his imagination: “the book that is the resurrection of the body of the beloved, which is the world.” Orr envisioned a collection of all the poems and songs ever written in the history of human existence. The invisible anthology’s purpose was to serve as human testimony about “what it is like to be alive.”

I know now the beloved
Has no fixed abode,
That each body
She inhabits
Is only a temporary
Home.
That she
Casts off forms
As eagerly
As lovers shed clothes.

I accept that he’s
Just passing through
That flower
Or that stone.

And yet, it makes
Me dizzy—
The way he hides
In the flow of it,
The way she shifts
In fluid motions,
Becoming other things.

I want to stop him—
If only briefly.
I want to lure her
To the surface
And catch her
In this net of words.

For Orr, poetry is a beloved. A professor of English at the University of Virginia, he describes himself as somewhat of a poetry evangelist. He considers verse to be a conduit for experiencing the entire range of human emotions. Orr’s passion inflects his voice as he almost sings his poetry. 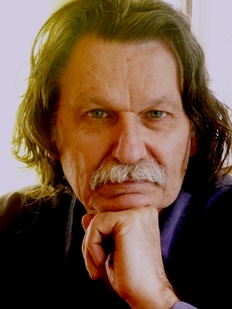 As a child, Orr had to learn poetry in school. Reading poems and answering questions posed by his English teacher, he said, didn’t have a profound impact. His academic introduction to poetry made him think that poetry was just all “horrible stuff.”

He says he only realized the power of verse the moment he heard the Beatles song “I Want to Hold Your Hand“ on the jukebox.

“It’s probably got about six words in it, in the whole song,” Orr said. “But there was something about it that was, I don’t know, amazing. It felt like something was speaking across my sense of isolation and my sense of longing to connect.”

Orr discovered “beloved” rock ‘n’ roll like so many other adolescents his age. “As a kid, when you hear that song that you just totally love, it just speaks to you. You become emotionally alive in a mysterious and exciting way. And that’s what poetry does.”

While songwriters have become our famous bards, Orr fights the misperception that poetry is an elitist form.

“How did we as a culture get so screwed up that poetry has become this kind of elite art form that is presented to us as a challenge,” Orr said. “In fact, [poetry is] about being a human being.”

To help explain his concept of the beloved, Orr quoted some of his older poems, previously published in two other books, “Concerning the Book that is the Body of the Beloved“ and “How Beautiful the Beloved

… As an anthologist might gather
all the poems and songs
that matter
into a single book—the Book
that is the resurrection
of the body of the beloved,
which is the world.

The Book said we were mortal;
It didn’t say we had to be morbid.

The Book said the beloved died,
But also that she comes again,
That he’s reborn as words.

Poems reprinted from “River Inside the River: Poems by Gregory Orr.” Copyright © 2013 by Gregory Orr. With permission of the publisher, W.W. Norton & Company, Inc.