From the heart of the Ebola crisis, this educator and poet says ‘never again’ 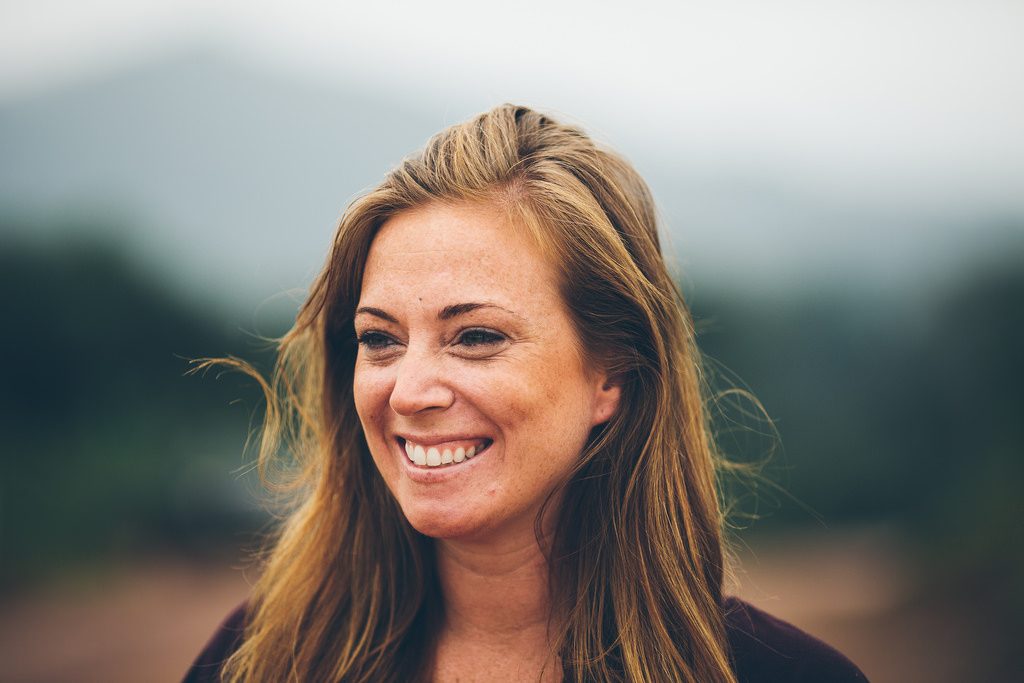 When the Ebola outbreak hit Liberia two years ago, all schools were forced to shut down to prevent further transmission of the disease. The neighborhood of Westpoint, in the capital city of Monrovia, was ground zero for Ebola and was also the area where most of Katie Meyler’s students lived.

Meyler, an American who had moved to Liberia years earlier as a recent college graduate, turned her school into an emergency response headquarters and raised money to buy two ambulances. She also bribed her way into the quarantined Westpoint so she could provide emotional support to the families of her students.

“Our plan was to do everything you can to keep everybody alive and then when you can’t do anything else, bring dignity in death. Singing to people, praying with people while they died.”

And at a time when many Westerners had left the country, Meyer used social media — especially Instagram — to let people around the world know what was happening. She said she knew that by staying in Liberia, she was risking her life, but she felt it was her duty to stay.

“I’d rather die at 30 years old, living for what I really believe from head to toe in every single way possible, than to live to be 90 years old and not really fulfill what I was born to do.”

“I’d rather die at 30 years old, living for what I really believe… than to live to be 90 years old and not really fulfill what I was born to do.”

For her work, she was named a “person of the year” by TIME magazine, along with other Ebola fighters. Meyler says watching so many people die has forever changed her.

“I don’t want to get over it…. Remembering what it felt like and to see that national emergency, it motivates me and fuels me to fight to ensure it doesn’t happen again.”

Eleven years ago, Meyler packed her bags and set off for Liberia for a six-month internship with a charity.

“I didn’t even know where Liberia was on a map. I had to Google it,” she says with a laugh.

Her experience running a literacy program in a small, rural Liberian community was transformative. She was shocked to discover the lack of education and extreme poverty that children faced. She knew immediately that she had to stay.

“There’s a saying that nobody chooses Liberia, that Liberia chooses you. I think part of it is, you come here and you see the amount of need the place has and the people are very warm and open and you realize you can make a big difference.”

Meyer initially raised money for scholarships to send children to school. But she became so disenchanted with the existing school system, she decided to start her own. It’s called the More Than Me Academy, and it provides free education, meals and health care for girls in kindergarten through sixth grade.

Meyler believes that improving the education system is the first step to preventing another such catastrophe. Last year she began working with Liberia’s minister of education to help overhaul the entire public school system. Her organization is one of seven private organizations that have taken over nearly 100 public schools in a pilot project.

Meyler, who writes and performs poetry in her spare time, composed “Never Again” as a response to the Ebola epidemic.

Thank You, Thank You my Lord

Thank you, thank you my Lord

While experts sip coffees and lattes
Have cocktail parties and all day debates
On the best strategizes and philosophies
That determine the fate of these communities
That they have never even frickin’ been to?

So I beg you now please help!

Boots on the ground is what we need
We are out of water and PPE’s
No bleach, no beds, and no IV’s
Wages for employees??
Hospitals transmitting more disease
A country that lacks complete capacity

And there was Esther
Hairnet on her head
In a woman’s oversized flower dress
All the people around her sang
With arms stretched to the sky in praise
They were thanking God for their lives.

This was a survivor’s party
Except there was nothing about Esther that was happy
She survived Ebola, but when she woke up from a coma
She learned that her entire family didn’t.
She was about to be released
Except there was nobody there to get her

In a country without adoption and with no foster care system
Where will she go? And the world leaves her in the hands of the Liberian Government that is vividly broken as you freak out about an outbreak in
America that will never freakin’ happen
“For God sake get a grip”

We stood outside the Ebola treatment unit
I looked into her eyes
I told her she was going to be okay.
I lied.
She walked down that dark hall
And she never came back out

“Are you sure? She seemed so strong?”
“Sometimes they just drop dead”

no place to say her last goodbyes
no “I love you baby”, no tears to wipe
no hand to hold throughout the night

I think about the little girl just dead on a bench
or Sarah’s mothers face
I sometimes weep thinking about what an inhumane, lonely death small Charlie had

It’s sad and dark but then I think about all of the survivors
Like Esther. All she has lost but she has life
I have life. And you have life.
And we must use it to the max.

This will never be okay until we make sure it never happens again.