The nonprofit More Than Me helps girls in Liberia’s West Point slum get an education and stay off the streets. But when Ebola hit last summer, the organization shifted gears to assist in the fight.

It became an impromptu soldier in the army of NGOs helping Liberia’s Ministry of Health eradicate the disease.

“We’re not trying to be the health experts,” said Emily Bell from the group’s U.S. office in New Jersey. Instead, its local Liberia staff and new recruits are filling in where needed, including spreading Ebola awareness, transporting patients and housing children during their incubation period.

“We were responding organically to the community’s needs and felt like as long as Ebola was in Liberia, our girls were at risk,” she said. 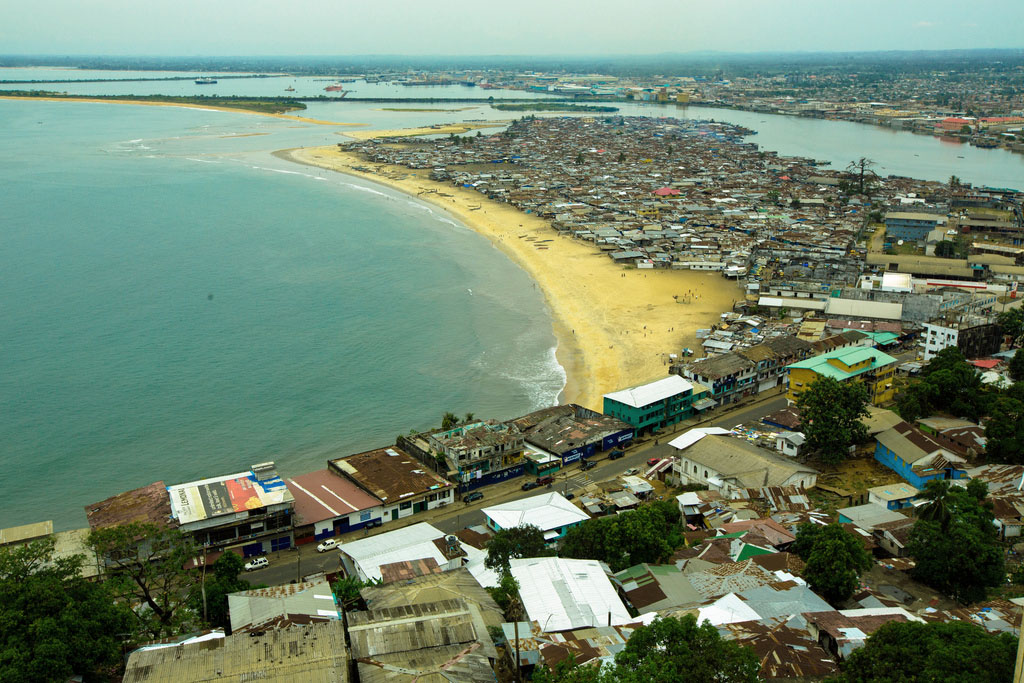 West Point is an impoverished neighborhood in Liberia’s capital Monrovia. Photo courtesy of More Than Me

Founded in 2009 by New Jersey native Katie Meyler, More Than Me started small: by finding sponsors for individual students’ education in West Point, a shanty town of about 75,000 in Liberia’s capital Monrovia. In 2013, it opened its own academy for more than 100 girls, providing their uniforms, books and meals, along with afterschool activities such as yoga, art and classes in sexual and reproductive health.

While the group was running its summer program in 2014, Ebola cases exploded in the three West African nations of Guinea, Liberia and Sierra Leone. Liberian President Ellen Johnson Sirleaf closed all schools and banned large gatherings to try to keep the virus at bay. To date, there have been 7,719 confirmed and suspected cases of Ebola in Liberia and 3,177 deaths, according to the World Health Organization.

“We shut down the summer program and sent local Liberian and U.S. staff home,” said Bell. The students were sent home as well with bags of rice, classroom materials to keep up their studies and information about Ebola resources, such as numbers to call if they became sick.

In August, the shanty town was quarantined, and desperate residents ransacked the patient holding center, releasing the suspected Ebola patients and stealing the contaminated mattresses.

It was all due to a major miscommunication, said Bell, with residents thinking the quarantine was the cause of Ebola’s introduction there. More Than Me kicked back into action, working with its local partner organizations and the Ministry of Health to educate the community about the virus.

“The health care system was overwhelmed even before Ebola,” said Bell. But now that the virus had arrived, health workers fled local clinics because they were scared, and the sick themselves were too afraid to seek treatment, fearing the worst — that they were on their way to die.

In 2014, More Than Me opened an Ebola interim care center, known as Hope 21 (on the left), next to its academy for girls in Monrovia, Liberia. Photo courtesy of More Than Me

More Than Me organizers turned their empty school into a warehouse to store and distribute gloves, personal protective gear, oral rehydration salts and other supplies from donors. The group ditched plans to turn another building into a guest house and rooftop café, and instead registered it with the Liberian government as an interim care facility — called Hope 21 — for children waiting out their 21-day incubation period if their parents contracted Ebola. (Read more about interim care centers and their helpers.)

The group’s social workers and school nurse helped train more health workers and an “awareness” team to educate the community about Ebola prevention and treatment.

But first they needed a map of West Point — none had been drawn before, said Bell. The map was divided into seven zones and the workers given color-coded shirts. The shirts originally said “Ebola” across the front, but community leaders advised that no one would want to talk to the workers. The shirts now say “I love West Point” and everyone wants one, she laughed.

When it took several days for an ambulance to pick up potential Ebola patients for treatment, the group raised donor money to purchase the community’s own ambulance and cut the waiting time.

Then there was the fear factor. “It’s scary when a family member goes to the Ebola treatment unit and they’re never heard from again,” said Bell. The team started giving the patients and their family members phones so they could keep in touch. It helps convince reluctant families to seek treatment for their ill relatives, she said.

More Than Me’s future plans are to reopen the academy in February and to open a boarding school, said Bell. But it all depends on the country’s Ebola caseload and the Liberian government giving the green light for schools to open again.

Left: Esther is an Ebola survivor who waited out her incubation period at the Hope 21 interim care facility. Photo by M. Holden Warren for More Than Me