Beats flow from an open doorway in a three-room adobe house in one of the oldest barrios in Arizona. Inside, a circle of young men and women bob their heads and shout praise as one of their own plays a sampling of music he’s produced. Miquitzli Dimenzio, known as MikeChekc$, hunches over a laptop in tie-dye and overalls, brows furrowed as he keeps time. 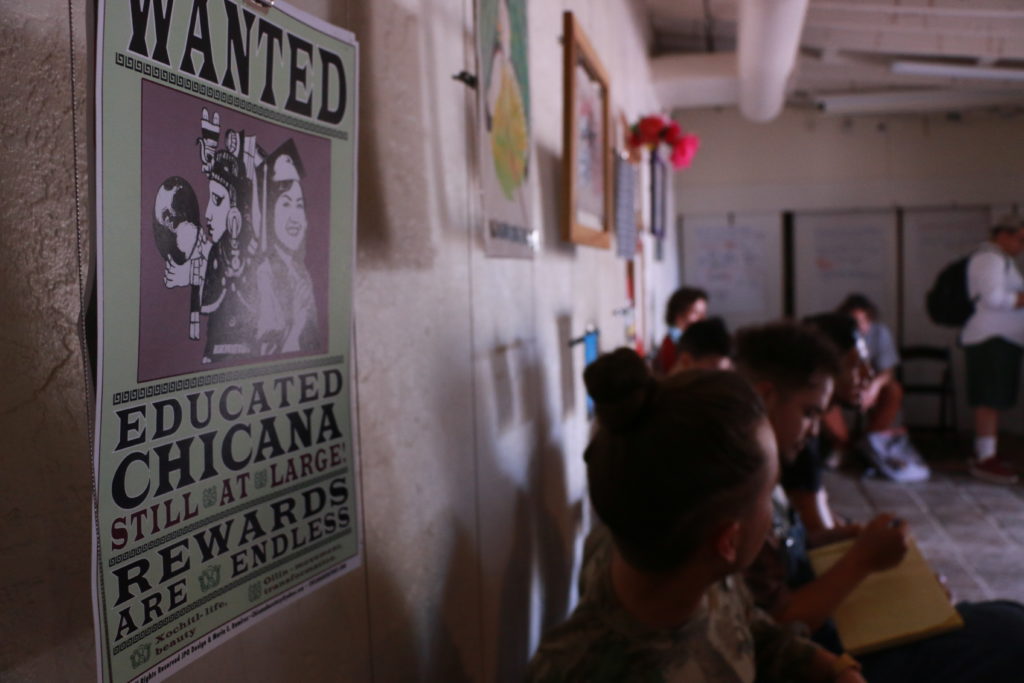 The group had been gathered by Ojalá Systems, a young, “radical collective of loosely organized artists, creators and criminals” in Tucson, telling their stories and hanging on to a sense of self through poetry and hip-hop.

The group’s name, which means “hopefully” in Spanish, was inspired by the founders’ desire to uplift their communities through art and education, amid gentrification, violence and threatened identity.

“It was kind of pertinent that we would bring hope to our city,” said founder Enrique Garcίa Naranjo, who goes by DJQ. “I would see the hopelessness of my people’s eyes. People that I loved and the people that I cared about, respected. So that always was the flame to organize, to push our art.”

This collective was inspired by the founders’ desire to uplift their communities through art and education, amid gentrification, violence and threatened identity.

Although federal courts in Arizona ruled the ban unconstitutional last year on the grounds of “racial animus,” Gay and Naranjo said they have yet to see the curriculum come back into the Tucson school system, leaving two generations of high school classes without education about their communities’ Mexican-American roots.

The TUSD Governing Board discussed reinstating the program in January of this year, but no curriculum has been reinstated in schools, according to TUSD representatives.

Ojalá founder Jesus Leon, a.k.a. REY, said poems and lyrics help give that education back — and on young people’s own terms, pulling away “from that power that they have over us.” To Leon, if the school district is going to take away the books that contain that history, “well, we’ll give [back] that knowledge in those books through lyrics.”

“Self-hate” is a huge problem for kids in Tucson’s underserved neighborhoods, according to Leon. Even when there are classes and afterschool programs available for kids to learn new skills, he said, there is apprehension to get involved, because they’re conditioned to believe that kind of education isn’t for them.

“Just from where we grow up,” Leon said. “Odds are we’re not gonna grow up to be that doctor or that lawyer, you know what I mean?”

Just a mile northwest of Ojalá’s jam session, the trial of Border Patrol agent Lonnie Swartz was taking place. Swartz opened fire on 16-year-old José Antonio Elena Rodríguez as he was walking home by the border fence in Nogales, Arizona. The officer said Rodriguez was throwing rocks when he shot the teen more than 10 times, mostly from behind. 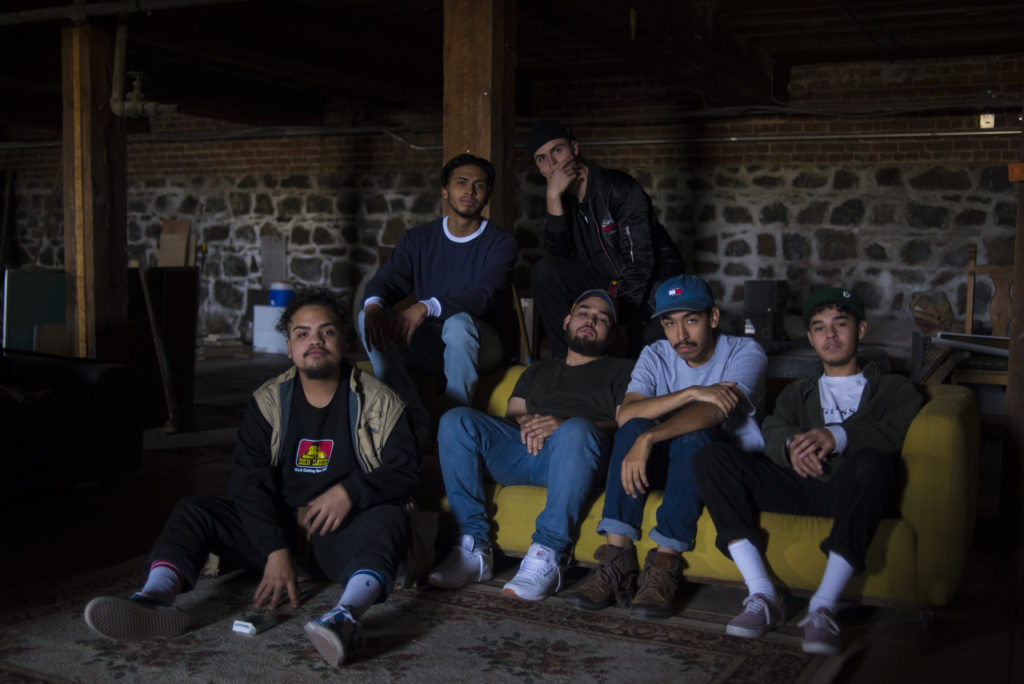 For the folks at Ojalá, this is another kind of violence they fight against through their art.

“One of the concrete examples of hopelessness, or the process of creating hopelessness in communities, is the criminalization of people and specifically undocumented folks, migrant folks,” Naranjo said.

In service to their neighborhoods — and themselves — the artists who are part of Ojalá use words and beats to help each other understand their circumstances. Albums, hip-hop workshops, zines, photography and community organizing also fall under the media they produce. For Gay (a.k.a. Mylkweed), that creates space not just to resist, but to heal.

In addition to sharing their work with others, Ojalá also seeks to “better understand ourselves and actualize our experiences to sort of work through those traumas and kind of violences that we experience,” he said. “A lot of the way that we turn that into hope is by processing it through making artwork.”

But for many underage youth in Tucson, there is often little access to spaces to produce and show new work. Hip-hop and poetry readings, for example, are usually held in bars that exclude the young people Ojalá Systems strives to reach.

Gay and Naranja say that art-making and poetry is an alternative to the crime and gang violence many of their peers have chosen, but that Ojalá Systems doesn’t intend to single that life out as “the wrong choice,” in an environment low on choices.

“We’re not about distancing ourselves from those things in a way that demonizes them. We’re about understanding that that’s the context we come from,” Gay said, explaining that that’s a big reason they include the word “criminals” in their group’s biography.

Above all, the poetry and music of Ojalá is about empowering young people to imagine better lives through a firm understanding of their identity and the systems that oppress them. For these artists: “Ojalá is for the children.”

“The best part of creating art in a space that lets you be free, lets you imagine justice, is that that hope really pushes you along to do amazing things despite all obstacles that are put in your way,” Naranjo said. “Because at the end of it, the day we decide to quit on all the systems that don’t serve us is the day that they fall.”

Lovesong of a Desolate Kingdom
By Maxwell Lukas Mijnlieff Gay

small dark corners
where, like little animals
in the desert, we,
a people with bent backs
and low shoulders try
to get enough
to convince ourselves
we’re living

everyday I try to remember:

flowers still bloom
through the sidewalk

there are still places where
sweet rainwater runs in the gutter

Here,
in Nogales,
i sift through the images
plastered on the banners of
farmacias y mercados—

caras de gringos
who are more Mexican
than me, only because
of their place of birth.

Here,
in Nogales,
some cross to Arizona
to shop & to eat;
some stay in Nogales
to work & to starve.

gringos come to fix
their teeth & their image,
y los vendedores work
beneath the weight of
US dollars.

Here,
the people, fair-skin
& pompous, avoid eye contact
with me. the people, dark-skin
& quiet, greet me with a nod.

Here,
i am a ghost
& my face is of the poor
& my wallet is a grave of
presidents,
Benito Juarez y Abe Lincoln
both rest in the fold of my wallet.

Here,
una mujer, who looks like
una de mis tias, asks if i can
spare unos pesos so
she can quiet her stomach,

i hand her Benito & she gives
me a smile & a slight nod.