The homeland left behind, captured in a poem 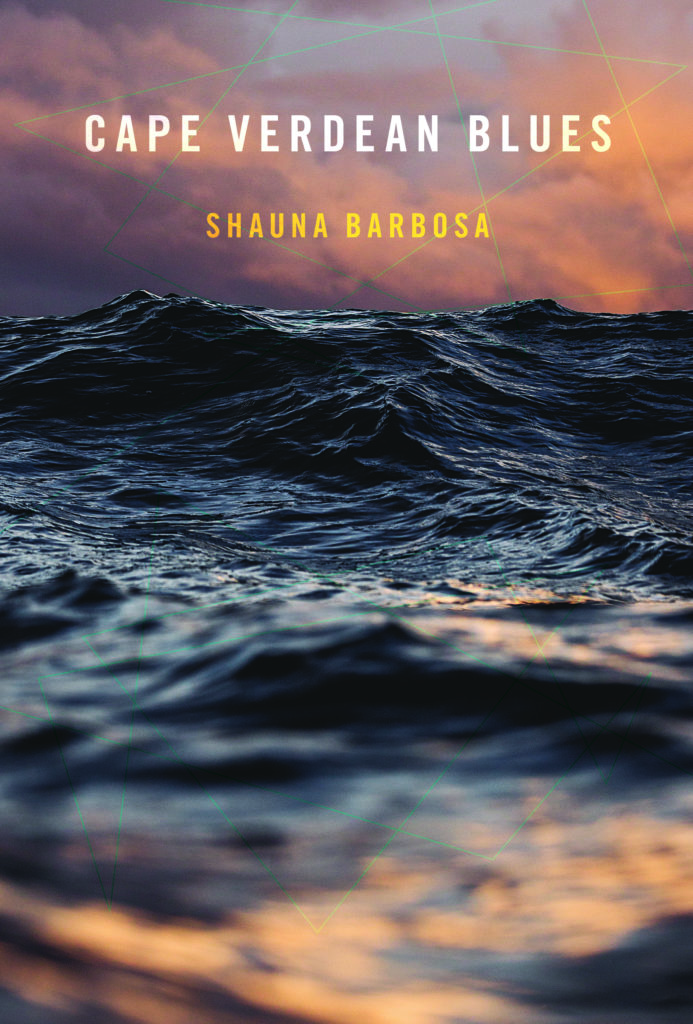 Poet Shauna Barbosa’s first collection carries the same swing and spirit of its namesake, jazz pianist Horace Silver’s 1966 album “The Cape Verdean Blues.” Barbosa’s poems are sharp and lyrical, her phrases rich with interjections of Cape Verdean Creole and the music she admires so much.

“Being able to create a sound is just one of the most remarkable things to me,” Barbosa said, an effect she aspires to in her own work.

Both Barbosa and Silver trace their roots back to Cape Verde, a small African nation of volcanic archipelagos, colonized by Portugal in the 15th century, that’s known today for verdant beaches and a penchant for music and poetry. A wave of emigration starting in the 19th century brought more than 100,000 Cape Verdeans to the U.S., many of whom (and their descendants) are now settled in Massachusetts, including Barbosa’s family.

A feeling both melancholy and beautiful, Barbosa describes sodade as “missing something that you don’t know.”

For Barbosa and other poets of the Cape Verdean diaspora, the longing for a far-away home is characteristic of their work. This collective nostalgia for a home that was never truly home, sodade — was made famous by the Cape Verdean diva Cesária Évora. A feeling both melancholy and beautiful, Barbosa describes sodade as “missing something that you don’t know.”

“It’s always just being ‘in search of,’” Barbosa said of sodade and the Cape Verdean poets who came before her. “There’s just so much music in their words and just this longing to be able to actually live on an island that they love, but they’re unable to.”

Barbosa credits her work’s musical influences to early exposure to the rap and hip-hop artists of the ‘90s, music she’s been consuming since she was 8 years old. 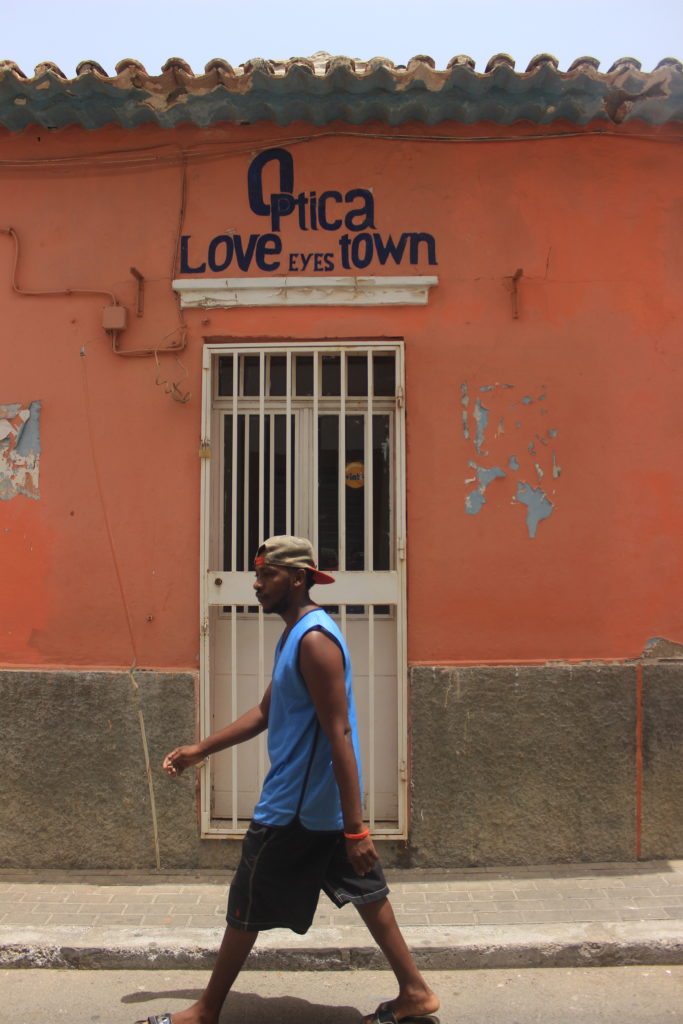 By high school, she was working at a Boston record store, Funky Fresh, where artists and musicians would swing by and chat about their music; Barbosa published her interviews with them in her school newspaper.

But it was the music of her older mentors that sparked her taste for music across other genres. “I just learned so much being around older people who had an ear for music,” she said. “That’s kind of how it started…it was just like stirring something up in me.”

She culled from the influences of her mother’s music: old-school R&B, Motown, the Delfonics, the Stylistics, but it wasn’t until others began reading her work that she realized the poems “that just wrote themselves” were influenced by the music of her childhood.

“I never go into a poem thinking anything, but I feel like it’s a nice feeling to know that who I am is really in this book,” she said. “That music is just always in me.”

While always a writer, it was only in grad school that Barbosa began to see the worth of her poetry beyond her work interviewing rappers. And it wasn’t until she laid out her poems side-by-side for feedback that she began to see a thread emerging around her own identity. 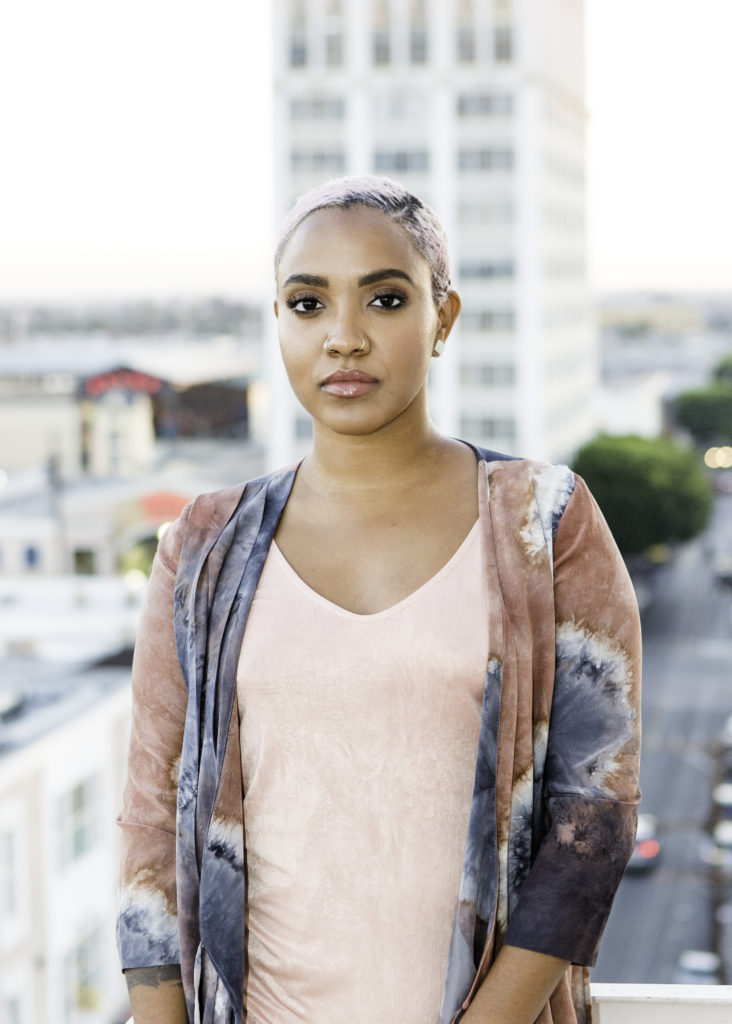 Barbosa’s father is African and her mother is African-American. Growing up she found herself stuck between the stereotypes coming from the two different cultures.

“Cape Verdeans who were just like, ‘Oh, it’s just this little black girl,’ like, ‘You’re not full Cape Verdean,’” she said. “And then I had my black side — my mom’s side — like, ‘Oh, you think you’re better than us because you’re some little Cape Verdean?’”

Struggling to fully claim that identity, Barbosa began to figure it out through poetry.

“I’ve always just kind of been in the middle of something,” she said. To her, this book feels like, ‘OK, I’m good. I’m here.’

The Genetics of Leaving

Inside, this vessel feels like the 1996 spelling bee when I forgot
u in language. Vovo left Fogo
to Praia. Now she has two sons named José.
Islands apart, I already jelly fished every memory that’s stuck
inside. Saltwater
nostalgia stung, rinsed right up off me.

Vovo left and came back, not recognizing my thirteen-year-old
aunt, her new haircut
resembling the first José. I contracted. I expanded.
I pushed temporary waters behind me. I already forgot
I’ve got two versions of my climb. The one I swam and, I—

I only climbed this mountain to take a picture at the top,
bell-shaped bodies all forgotten.

All this bad luck because I split a pole.
If I could open my mouth
I’d ask my grandmother why
she took so long to return to her first set of fish.
I’d ask if she’s aware she has two sons named the same.
She’s got two versions of herself,
one in the land of a free, haircut, two, me.

As soon as you start to love a city,
a thick-bodied flight attendant touches your shoulder
walking down the aisle. Thought that was affection.

I took care of that part of myself in a complicated way.
There’s only one temperature that’s good enough for a mother
to bring back the u of this vessel that is no longer the you
around my neck.

Shauna Barbosa’s poems have appeared or are forthcoming in Virginia Quarterly Review, the Awl, Colorado Review, No Tokens Journal, the Atlas Review, PANK, and others. She received her MFA from Bennington College. Her first book Cape Verdean Blues is was released March 2018 from Pitt Poetry Series.