This Ramadan poem celebrates the ‘unknowability of the divine’

For more than a billion Muslims worldwide, the rituals of Ramadan are neither fixed nor uniform across countries, cities or even families. The holiday — celebrated over 29 or 30 days according to when the new crescent moon is visible in the night sky — can be characterized by the fluidity of its traditions across a diverse, worldwide Muslim community.

For most, Ramadan is a time for fasting from sunup to sundown — a practice of restraint, prayer and self-reflection. For others, it’s an opportunity to show charity and compassion toward humanity. And for some, it’s a time for family and togetherness over a hearty meal — called an iftar — once the sun sets.

It can also be a time to educate unfamiliar friends and coworkers about the month’s customs and fielding standard questions: “Not even water?” 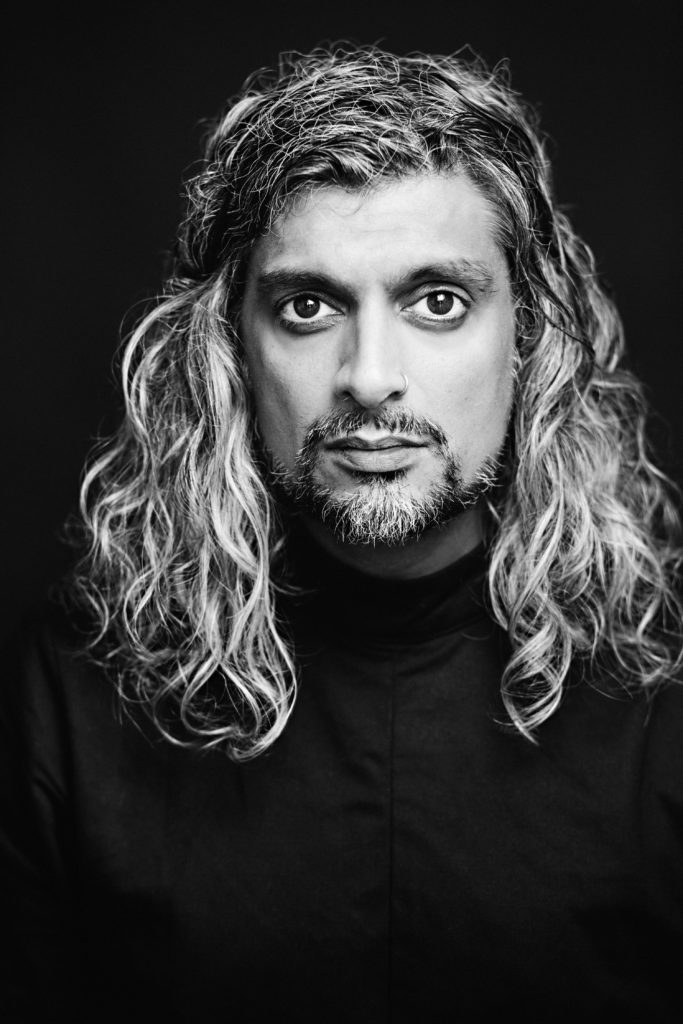 Poet Kazim Ali thinks the fluidity of traditions is an important part of understanding Ramadan. Some Muslims, he points out, don’t celebrate at all. “It’s not like it’s solely about this thing that we can then explain,” Ali said. “It’s many things to many people.”

Ali was born in the United Kingdom to Muslim parents of Indian, Iranian and Egyptian descent. His work often explores the singular bond between faith and daily life.

In his poem “Ramadan,” Ali examines a night in the third week of Ramadan, Laylat al-Qadr (meaning “night of power or majesty”), which is believed to be the night the angel Gabriel first recited the Qur’an to the Prophet Mohammed. According to tradition, Ali said, it is not known for sure which night the recitation occurred, so many Muslims will celebrate on the 19th, 21st and 23rd — the odd-numbered dates of the last 10 days of the month.

Ali’s poem plays with the uncertainty of the evening within a moment of quiet reflection:

The secret night could already be over,
you will have to listen very carefully—

“They just want to make sure that they’re actually doing the rituals on the night itself, but at the same time it’s also a metaphor to me…for the fundamental unknowability of the divine and therefore the unfixity of the divine,” Ali said of Laylat al-Qadr. “There could be no one day upon which anything is celebrated because it’s timeless.”

You wanted to be so hungry, you would break into branches,
and have to choose between the starving month’s

nineteenth, twenty-first, and twenty-third evenings.
The liturgy begins to echo itself and why does it matter?

If the ground-water is too scarce one can stretch nets
into the air and harvest the fog.

the thick night is so quiet, the spinning spider pauses,
the angel stops whispering for a moment—

The secret night could already be over,
you will have to listen very carefully—

Poet, editor, and prose writer KAZIM ALI was born in the United Kingdom to Muslim parents of Indian, Iranian and Egyptian descent. He received a B.A. and M.A. from the University of Albany-SUNY, and an M.F.A. from New York University. His books encompass several volumes of poetry, including Sky Ward, winner of the Ohioana Book Award in Poetry; The Far Mosque, winner of Alice James Books’ New England/New York Award; The Fortieth Day; All One’s Blue; and the cross-genre text Bright Felon. His novels include Quinn’s Passage and The Disappearance of Seth. Ali is an associate professor of Creative Writing and Comparative Literature at Oberlin College. His new book of poems, Inquisition, will be released in the Spring of 2018.