This Thanksgiving, read a Native American poet’s song of healing

In many elementary schools across the country, students have stuck feathers on brown paper sacks to make Native American headdresses, carefully cut out patterns for large black Pilgrim hats with shiny gold buckles, and met over cafeteria lunch tables adorned with platters of cranberry sauce and green beans to reenact a story of Thanksgiving that has been handed down through generations.

“I thought about America singing. That’s why this poem is a song — a voice calling for reclamation.”

But for poet Allison Adelle Hedge Coke, that narrative of the first Thanksgiving — when historians believe English pilgrims and the Wampanoag tribe gathered in modern-day Plymouth, Massachusetts — isn’t about breaking bread, but rather the effort to eradicate an entire population.

Hedge Coke, who is of mixed Native American heritage, does not celebrate the American holiday. Growing up, her older sister Stephanie instead attended the National Day of Mourning — an annual protest organized since 1970 to condemn Thanksgiving — and her father taught his children that it was “a meal where you invite people over and they forget to go home. The [colonists] certainly never sailed back to Europe,” she said

For Hedge Coke, too often colonizers have brushed aside blame and claimed their actions were for the greater good, an idea that allows oppression to pass between generations like a song you can’t get out of your head. 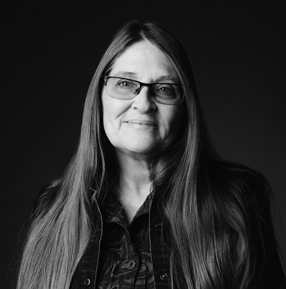 But songs in the Native American culture are supposed to create pathways for new ideas. That’s why when Hedge Coke wrote her poem “America, I Sing Back,” she considered each word a note in the larger orchestration of the nation. “I thought about America singing. That’s why this poem is a song — a voice calling for reclamation.”

READ MORE: Teaching kids about Thanksgiving or Columbus? They deserve the real story

Hedge Coke uses poetry to amplify the Native American call for reclamation, and has published five books featuring Native voices to raise awareness of what’s happening in their communities. For Hedge Coke, her people’s usurpation by European settlers is not just a historical problem.

“I wanted the genocide that is still happening to Native people to be turned, to present a window for some restoration of rights,” Hedge Coke said.

Nearly 400 years on, Native Americans say reclamation hasn’t come, and the perpetuation of the Thanksgiving narrative may be part of the delay.

But some educators have changed the way they teach that history, and debunked some of the enduring myths. And today, Hedge Coke also points to the victories of Deb Haaland and Sharice Davids, who became the first Native American women elected to Congress this November, as a sign of progress and hope.

“I closed the poem with, ‘America, I sing back. Sing back what sung you in,’ because I believe that we can be healed,” Hedge Coke said. “I believe that kindness can find its place and restore America to its natural wonder.”

America, I sing back. Sing back what sung you in.
Sing back the moment you cherished breath.
Sing you home into yourself and back to reason.

Oh, before America began to sing, I sung her to sleep,
held her cradleboard, wept her into day.
My song gave her creation, prepared her delivery,
held her severed cord beautifully beaded.

My song helped her stand, held her hand for first steps,

nourished her very being, fed her, placed her three sisters strong.
My song comforted her as she battled my reason

broke my long held footing sure, as any child might do.

Lo, as she pushed herself away, forced me to remove myself,
as I cried this country, my song grew roses in each tear’s fall.

My blood veined rivers, painted pipestone quarries
circled canyons, while she made herself maiden fine.

and sing again I will, as I have always done.

Never silenced unless in the company of strangers, singing

the stoic face, polite repose, polite, while dancing deep inside, polite
Mother of her world. Sister of myself.

When my song sings aloud again. When I call her back to cradle.
Call her to peer into waters, to behold herself in dark and light,

Then, she will make herself over. My song will make it so

America, I sing back. Sing back what sung you in.

Allison Adelle Hedge Coke was born in Amarillo, Texas, and grew up in North Carolina, Canada and on the Great Plains. Hedge Coke has worked in factories, tobacco fields, waters and the food service industry since early youth. She finished her GED at 16 years old and went on to study photography, traditional arts, and writing in community education classes at North Carolina State University.

Left: Robert Yellowhawk of the Lakota Native American tribe looks out over the Hayden River at Yellowstone National Park. Photo: Prisma by Dukas/UIG via Getty Images