What questions do you have for Bryan Cranston of ‘Breaking Bad’ fame?

On Thursday, PBS NewsHour’s Jeffrey Brown will sit down for an interview with actor Bryan Cranston, currently starring in “All the Way” on Broadway in New York City.

In his debut on-stage role, Cranston portrays President Lyndon B. Johnson during his first year in office.

“All the Way” spotlights the challenges and hardships the Johnson administration faced during the 1964 election and while trying to pass civil rights legislation. 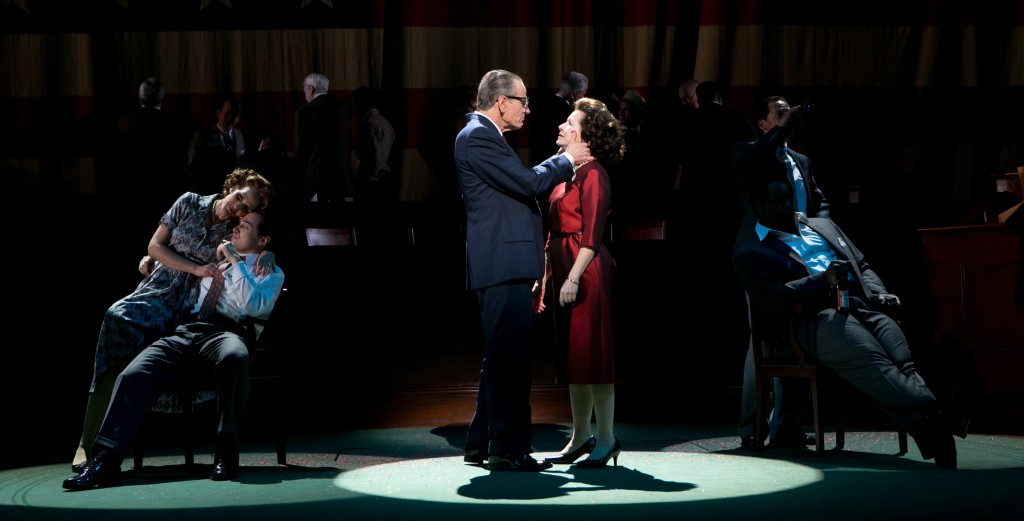 Bryan Cranston stars in “All the Way” on Broadway. Credit: Evgenia Eliseeva

We’re asking: What questions do you have for Cranston? Tell us in the comments section below, or share with @NewsHour on Twitter. Your question may be asked during our sit-down with the actor of “Breaking Bad” fame.

Left: Bryan Cranston portrays President Lyndon B. Johnson during his first year in office in "All the Way" on Broadway. Credit: Evgenia Eliseeva