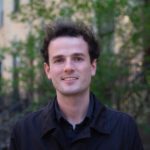 Songwriters are often unsung artists. Here are 5 you should know

Behind every great hit is a great songwriter (or two or more). But the lyricists and composers who write some of the greatest tracks in history can go unsung.

Songwriters Chuck Harmony and Claude Kelly, who perform as Louis York, spoke with the PBS Newshour about how the industry sometimes spotlights the vocal talent, rather than the writing talent.

“I think that the music business would be better off if we celebrated everyone that was involved in making art magical,” Kelly said.

In their own words, here are five songwriters you should know more about:

Louis York’s list has been edited for length and clarity.

LaShawn Daniels had his first and only Grammy win for co-writing R&B hit “Say My Name” for Destiny’s Child.

HARMONY: The first one, — may he rest in peace — is a good friend: LaShawn Daniels, who passed away last year. And from that death, we were able to see how undervalued songwriters are, because he’s literally responsible for the careers of so many brilliant artists coming to light. Like Beyoncé, Brandy. He’s done it for Whitney Houston, Jennifer Lopez, Michael Jackson.

KELLY: A lot of songs, you know, that we grew up listening to, he’s responsible for.

HARMONY: And so, it’s really dark when you see a talent like that pass away and doesn’t get the credit that it deserves for changing pop culture, like these mega artists like Michael Jackson. All of these people, they benefited from this gift being in the world. I just feel like there needs to be more done in the music business concerning LaShawn Daniels and his legacy.

KELLY: Yes. Please show some respect to someone who really built this thing up for all of us.

As she recounted in a podcast, Dean wrote the hook for “Super Bass” in the middle of the night with Nicki Minaj.

KELLY: I’m a man, I’m a Black songwriter. There are actually many of us. There’s not as much amplification for Black women who are songwriters. Ester Dean is a good friend of mine. She’s also a person that’s been responsible for making hits for Rihanna and Katy Perry and Nicki Minaj and everybody else. She’s actually currently on [songwriting TV show] “Songland,” which is awesome because exposure helps us so much. But she’s a well of ideas and creativity. She’s colorful, she’s funny. She writes killer songs.

Gifford co-wrote the 2017 song “He Saw Jesus” for her late husband Frank Gifford.

HARMONY: And we’ve been writing songs with her off and on for the last year. We’ve finished a couple of bodies of work with her actually. And even though she’s been the star on television for a long time, people don’t know that she’s a brilliant songwriter, and one of our favorite collaborations.

Lilly co-wrote the 2003 song “You Don’t Know My Name” for Alicia Keys.

KELLY: Another songwriter that we have a lot of respect for, behind the scenes, and should be more celebrated is Harold Lilly. He’s written a lot of very familiar pop and R&B songs. He’s singing background on a lot of those songs too, so his voice is actually in there. He’s actually part of the sound that people love. And as a songwriter, I’m well aware that a lot of times all this work is getting done. Sometimes they’re arranging, they’re singing backgrounds or stuff. And then you hear this end product, and no one knows if this person dreamt this whole idea. He’s one of those full-on visionary songwriters that sings, arranges it, writes it. He should be more celebrated for sure.

HARMONY: And then, finally, Priscilla Renea. She’s responsible for “California King Bed.” She’s written a lot of big songs. And she’s a phenomenal artist, too. I feel like people should start doing research about the people who are coming up with ideas that writers [and] artists are presenting to the world upstairs.

KELLY: In my opinion, there needs to be more space for actual singer-songwriters not to pretend, “I’m holding a guitar,” but like the ones who are really singing the piano. Carole King style. Stevie Wonder style. And writing songs and then having the real voice delivering. That’s where we come from. We love those kinds of folks.

“Beyond the CANVAS” showcases some of the nation’s leading cultural creators — musicians, playwrights, comedians, among many others — who show us how they turn their visions of the world into art. Watch the new series, starting Sunday, July 26 at 10:30 p.m. Eastern on PBS or streaming on artscanvas.org.