The best gift ever, according to 13 writers, musicians and podcasters

What is the best gift you’ve ever received? Was it funny or thoughtful or unexpected? And why do you remember it so well?

In French sociologist Marcel Mauss’ “The Gift,” a seminal 1954 work on gift-giving, he argues that we almost never give gifts without the expectation of something in return — that we are social but self-interested creatures who gift with reciprocity in mind.

And yet, in a less Grinch-like Christmas spirit, if you ask anyone to recall the best gift they’ve received, you’ll notice it’s never about the exchange, but the feeling it gave them.

On the arts desk, we were curious about what some of the artists we interviewed in 2017 would say, so we went back to 13 of them to ask — from novelist Jonathan Franzen to opera singer Renee Fleming to filmmaker Ken Burns. Here’s what they say is the best gift they’ve ever received.

When my oldest daughter Sarah was 12 she memorized and then recited flawlessly Lincoln’s Gettysburg Address one Christmas morning standing ramrod straight next to our decorated tree surrounded by all the now meaningless things of Christmas. Best present ever. 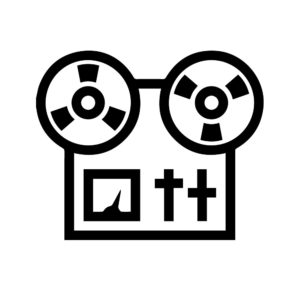 The best gift I ever received was a reel-to-reel tape recorder, which my parents gave me for Christmas 1969. I had just turned 11 years old and was becoming obsessed with pop music, but we didn’t have a record player. Rather than satisfy that need and create an expensive vinyl habit, my parents cleverly responded with the tape recorder. Why buy records when you can tape your favorite music directly from the radio? Soon I was carrying my gift to the houses of school friends, where I could record their elder sister’s record collections — lots of Simon & Garfunkel and Motown Chartbuster LPs. All these years later, you’ll find a little bit of those records in the DNA of every song I write.

My mother gave me my baby ring, eight months before she died, that my Aunt Helen had given me sometime during my first year and my mother later kept for herself. If you follow. I guess it was always mine, but my mother still had to give it to me (when I was 67). So I feel a magic buzz whenever I take it out and look at it — a tiny gold band. I get to be re-born. 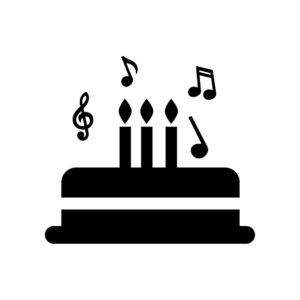 I volunteer at San Quentin State Prison and spend many days there including my 50th birthday. At the time, I was working with a group of men on a radio project. We were being interviewed and the reporter asked us about the sounds of San Quentin. There was talk of alarms, sounds of the shower, voices out on the yard and then one of the men said, ‘But the best sound of all is …’ and they broke in to a beautiful rendition of Happy Birthday. It was lovely and emotional and I knew at that moment I found the work I wanted to dedicate the second part of my life to.

When I was 15, my brother bought me a plushed out 1976 Buick Regal with custom rims, flashy paint and a disturbing the peace music system. At 15 this was heaven. I didn’t have a driver’s license, and my mom didn’t know I had the car, but I drove it all over Los Angeles with my homies listening to the only tape I had “The Isley Brothers” Greatest Hits Vol. 1 … We all felt like kings. 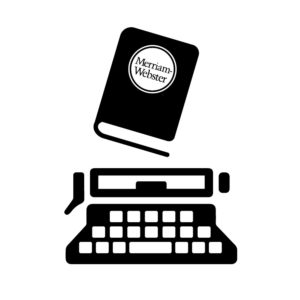 The word gift puts me in mind of my parents, who gave so much to their kids and asked for so little. If the marks of a great gift are that it recognizes who the recipient really is, and that it comes at a real cost to the giver, the best gifts my parents ever gave me were a dictionary and a typewriter. The dictionary, a hardcover Webster’s Collegiate, was a college graduation present. On its title page was a flowery cursive inscription from my mother: Write, write, write, to your heart’s content. And, hopefully, publish, publish, publish! My mother was unhappy that I wanted to be a writer. She was a child of the Depression, and writing seemed to her a morally dubious, socially useless, financially reckless pursuit. I remember cringing at the pressure implied in her inscription, without appreciating that she’d nevertheless given me a dictionary. It was the same with my father. He had grave doubts about my literary ambitions, and yet, five years later, hearing that I’d finished a 1,200-page draft of a first novel, and knowing that I didn’t have an electric typewriter and couldn’t afford to buy one, he sent me a check for $600 dollars and told me to get a good machine. He and my mother lived to see the publication of the manuscript I typed up (twice) on that machine, and of my second novel. And then, before I was 40, both of them died. It was a loss I’ll never really get over. But it also liberated me to be who I needed to be, and to write what I needed to write, without fear of hurting them or incurring their moral judgment. They gave and gave, and then they died, and even their deaths were a kind of gift.

When I turned 40, one of my dearest friends gave me a two-volume annotated photo album chronicling our 26 years of friendship, from our first loves to our current husbands, with pictures throughout of places we’d visited, friends we shared, and beloved people we’d lost; it was truly the gift of a lifetime and gave me back parts of my life that I hadn’t even realized were missing.

I was once given a water buffalo to help a family in Nepal (through Heifer International). Best present ever. 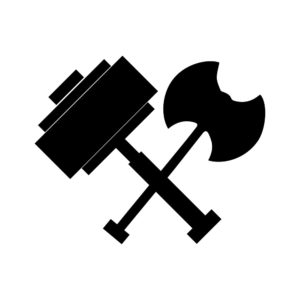 When I was 11, my combined Hanukkah present for nights one through four was a Warhammer starter pack. For the uninitiated, Warhammer is a game for those who find Dungeons & Dragons too accessible. It involves loads of dice, a variety of measuring tools, several handbooks crammed full of charts and tables and armies of inch-tall knights (or orcs, or elves, or zombies) marching across a tabletop battlefield. My army of choice was the Dwarves. I couldn’t wait to see them in action.

More than that, I couldn’t wait to paint them. Warhammer figures came in dull plastic grays or uniform pewter, and it was up to each general to make their troops as stunning and intricate as the models in White Dwarf magazine. For days, I holed up in the laundry room, spraying matte primers and applying skin tones with a brush. Finally, I proudly presented my warriors to my parents, who assured me they were every bit as lifelike as the displays I had longingly viewed in the Games Workshop store.

It was only years later, when I discovered a troupe of blotchy, streaked miniatures hiding in a corner of my closet, that I realized that the greatest gift of all was my parents’ ability to keep a straight face.

The most recent gift I got was a custom illustration that my friend commissioned from an artist in Japan; the background was Frenchmen Street in New Orleans and along the sidewalk were different versions of myself, depicting my evolution from a young kid playing up to when I closed out the Acura Stage at Jazz Fest. It was a really unexpected.

Best gift all time: I have to say when my mom bought me a bike that was made to look like a motorcycle when I was 9 years old, for Christmas. It had white plastic motorcycle body parts that clipped on to the frame. I’ll never forget: I was the only kid in my neighborhood with one, but my cousin had a black one, and when we got together we were the only ones who had them in town. I’d clamp a white plastic cup to the rear frame so it rubbed on the studded tire and made a roar like a motorcycle engine. 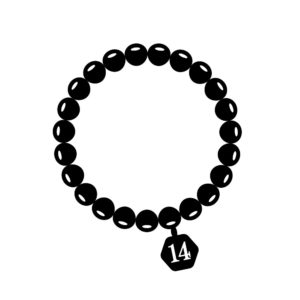 I was given a silver bracelet with one charm. On one side of the charm is “14” on the flip side my initials “C.D.H.” It is very special to me because it was given by a dear friend. It was to celebrate my swearing-in as the 14th Librarian of Congress.

On Christmas morning when I was 12 years old, I was shocked to see a trailer pull up to our suburban tract house with a young horse. As a shy child, I spent much of my time dreaming and reading, and the greatest dream was having a horse. This gift taught me to believe that dreams come true, which is why I never doubted that I could become a singer.

My mother was born on Christmas. Obviously she is the best gift I ever received, in advance.

Left: Circa 1955, a young boy sits under a Christmas tree to open his gifts. (Photo by Sherman/Three Lions/Getty Images)