A small building stands on the rocky point where France, Spain and the Mediterranean meet. It is labeled “Douane” (customs). It has not been used in decades.

This structure and others like it, ones that once facilitated the crossing of thousands of people across Europe’s borders, became useless with the establishment of the Schengen zone, a group of several European countries that began allowing free movement between their borders in 1995. Belgium, Germany, Portugal, Luxembourg, France, the Netherlands and Spain were some of the first countries to adopt the zone.

Photographer Josef Schulz located these checkpoints, many of them now in decay decades after this agreement rendered them useless, for his series “Übergang.” He photographed the series between 2004 and 2008, but recently it has taken on a renewed importance, as one of the largest migrations in European history has brought new discussion about the continent’s borders. 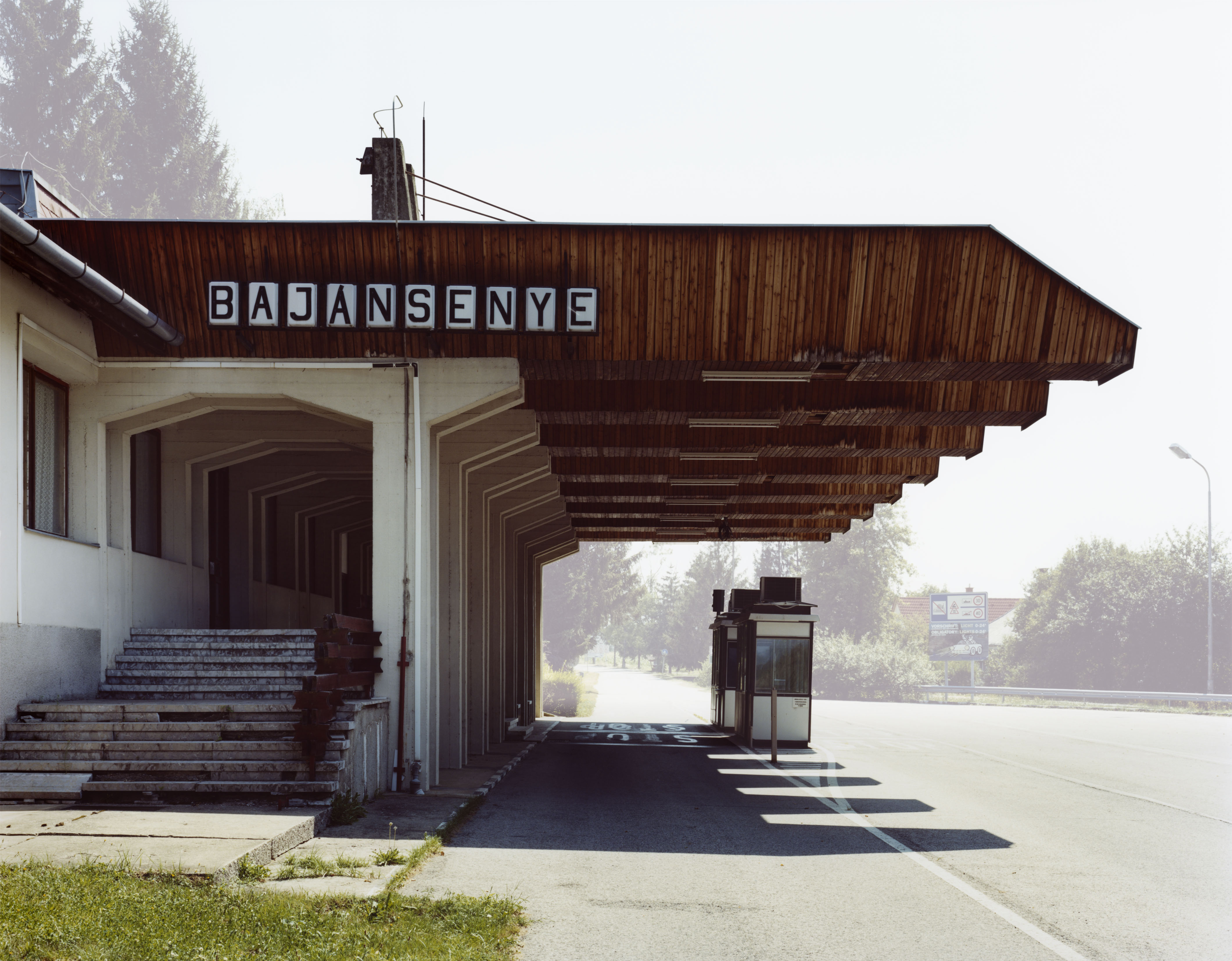 The Hodos/Bayansenye border crossing between Hungary and Slovenia (2007). Photo by Josef Schulz

He began in 2004 with trips to the borders between Spain and France, then Spain and Portugal. In 2007, he received a grant to continue the project and continued his journey in Eastern Europe — Hungary, Austria, Slovenia, Slovakia.

At the time, the checkpoints ranged in age from 10 to 20 years old, and in some cases older, he said. 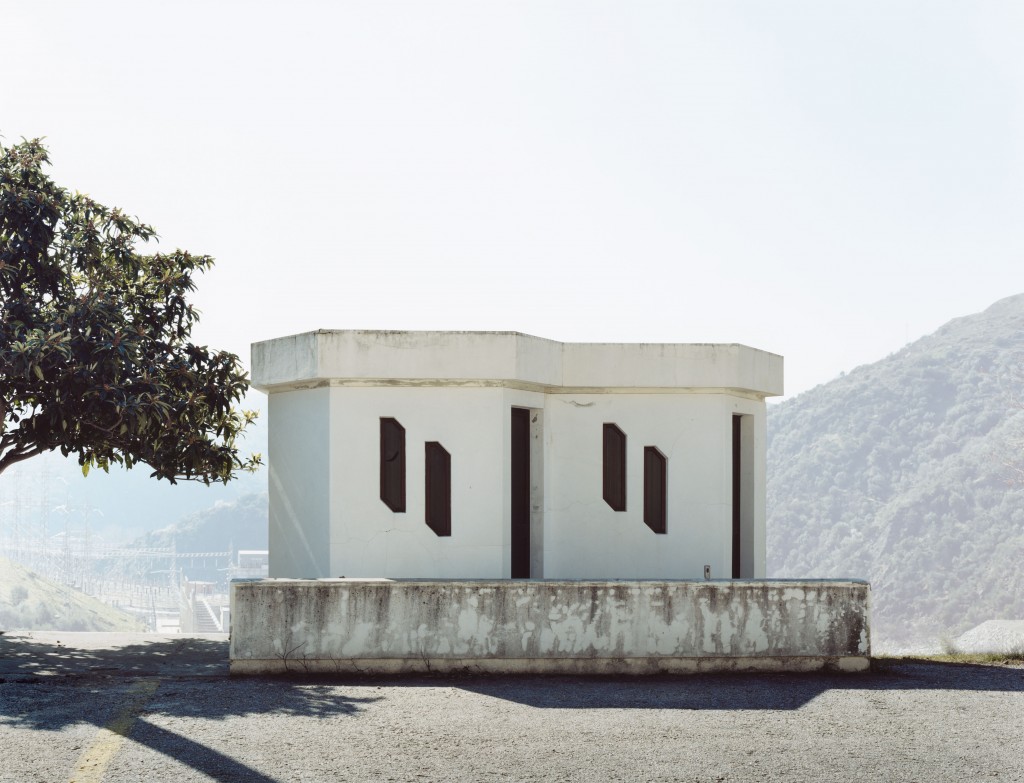 Schulz grew up in Poland during the 1970s when the country still had a Communist government. For him and his family, the border was a contentious place — coming back from visits to family in Germany, they would hide newspapers and political magazines in their car while crossing between the two countries. “It was a border where you could get in a lot of trouble,” he said.

Now, as more than 1 million Syrians migrate to Europe and just months after a terrorist attack shook Paris, several nations in the Schengen zone are imposing new border controls. Meanwhile, Schulz is questioning whether the system that the disused checkpoints symbolize really is outdated.

“I guess people realize now, this kind of freedom which we had in Europe, that maybe this freedom belongs now to the past and maybe we have to face the fact that some governments are building up the borders again,” he said. “Maybe they will stay for a longer time.”

Schulz said he fears politicians and others that discourage immigration to their countries in Europe. “I have … a fear about these kind of egoistic trips from governments or politicians, [when] they increase fear against foreigners or against people coming from outside,” he said. “This is [a] kind of demagogic system, and you can discover it all over, in all of Europe, in every country.”

You can see more of Schulz’s work on the series below. 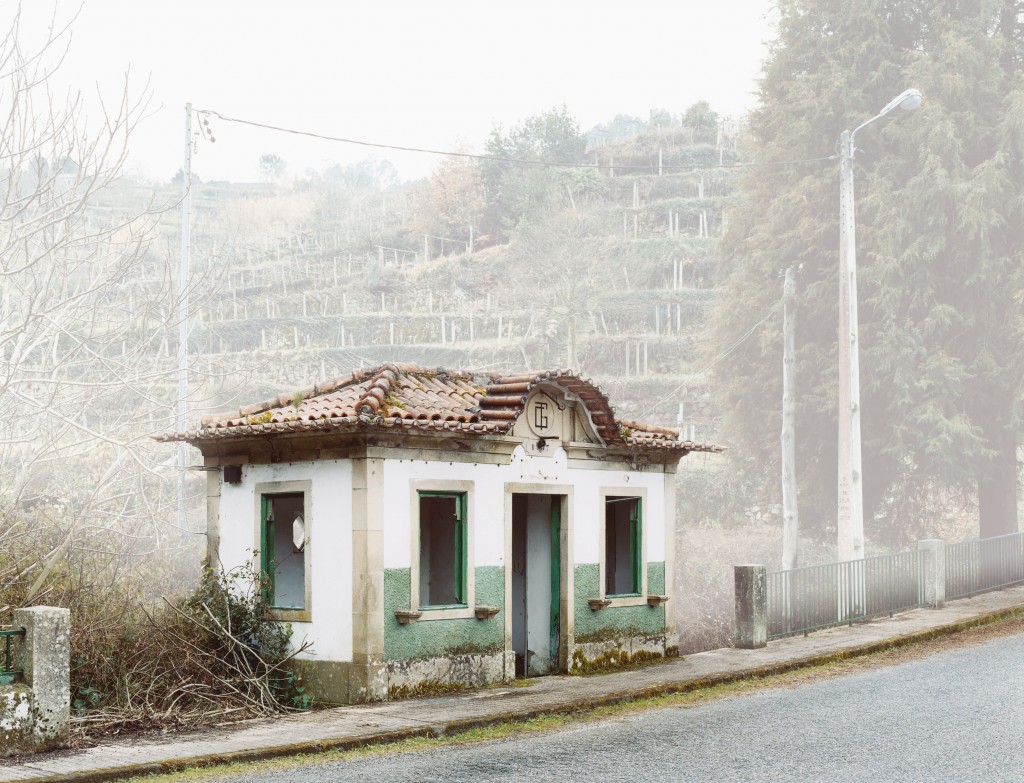 This checkpoint is located in Melgaco at the border between Portugal and Spain. Photo by Josef Schulz 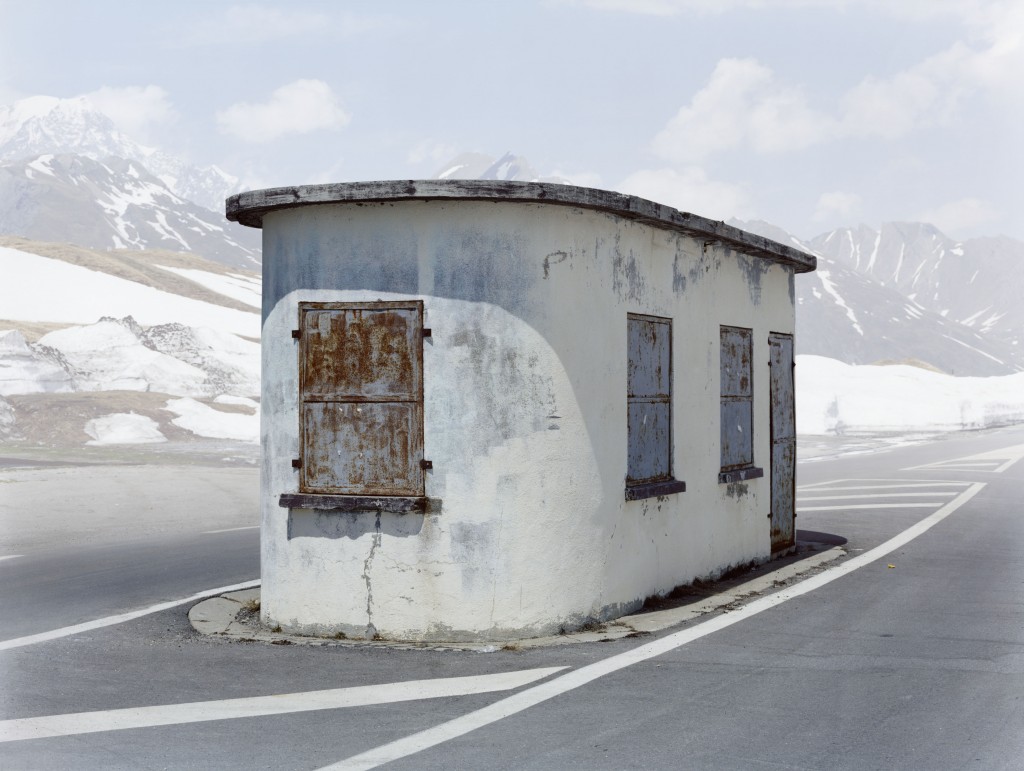 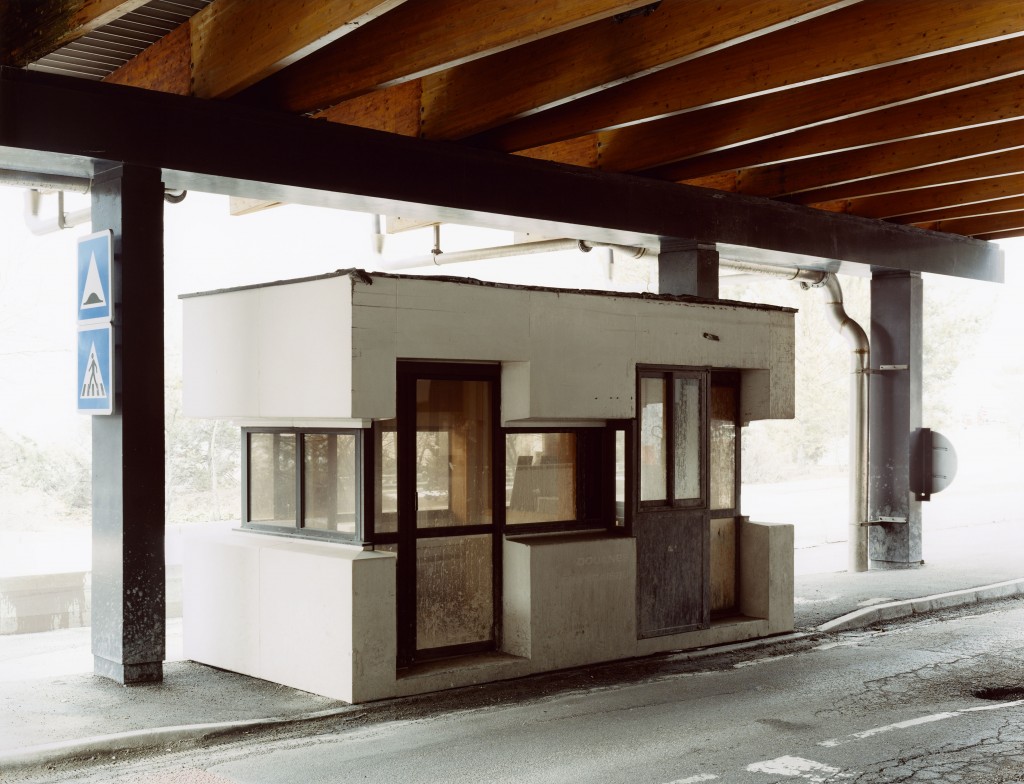 The checkpoint at Tunnel Routier du Fréjus on the border between France and Italy (2005). Photo by Josef Schulz 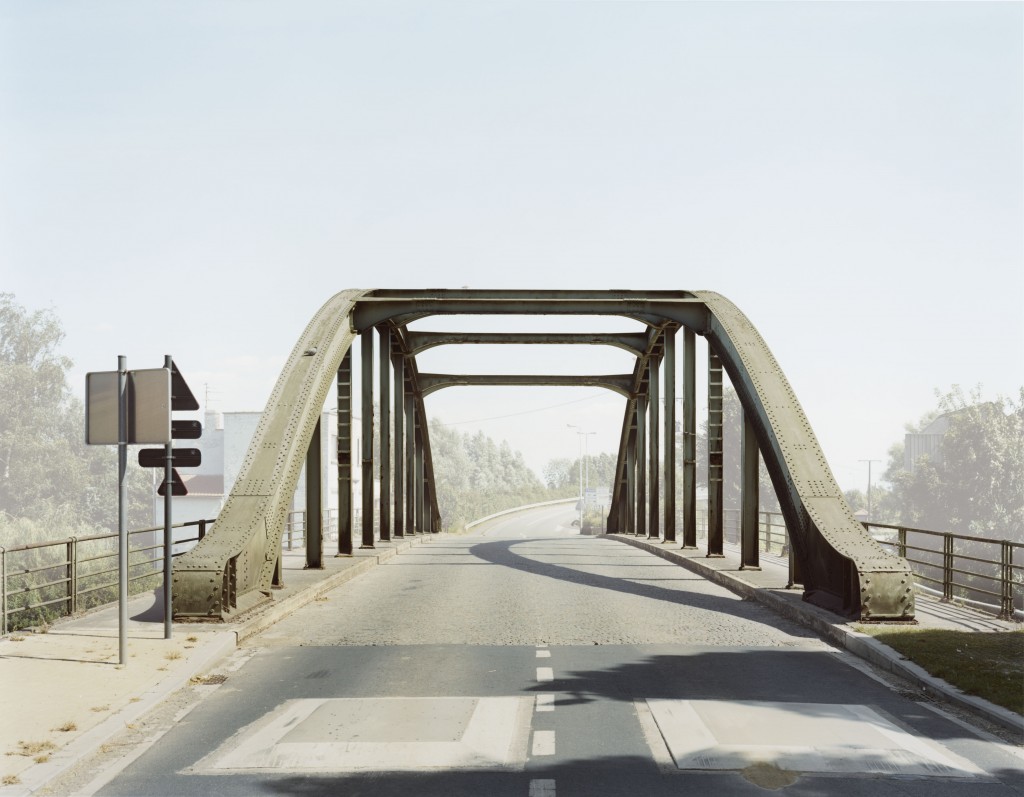 The Warneton border crossing between France and Belgium (2008). Photo by Josef Schulz 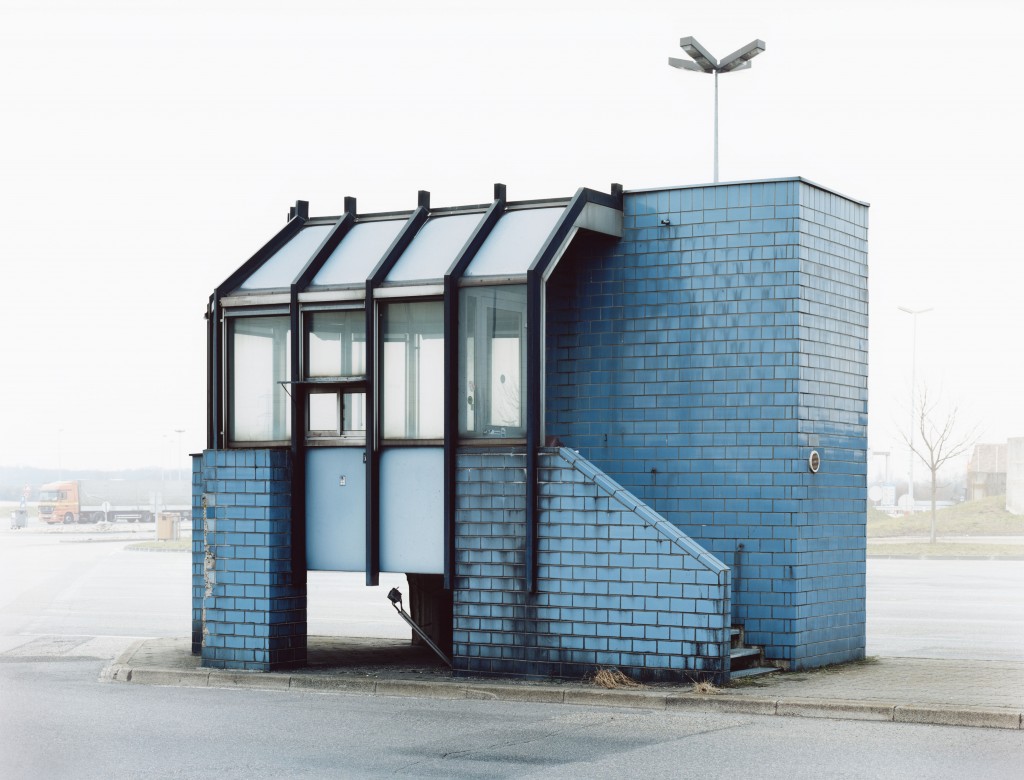 The Mulhouse checkpoint on the border between Germany and France (2005). Photo by Josef Schulz 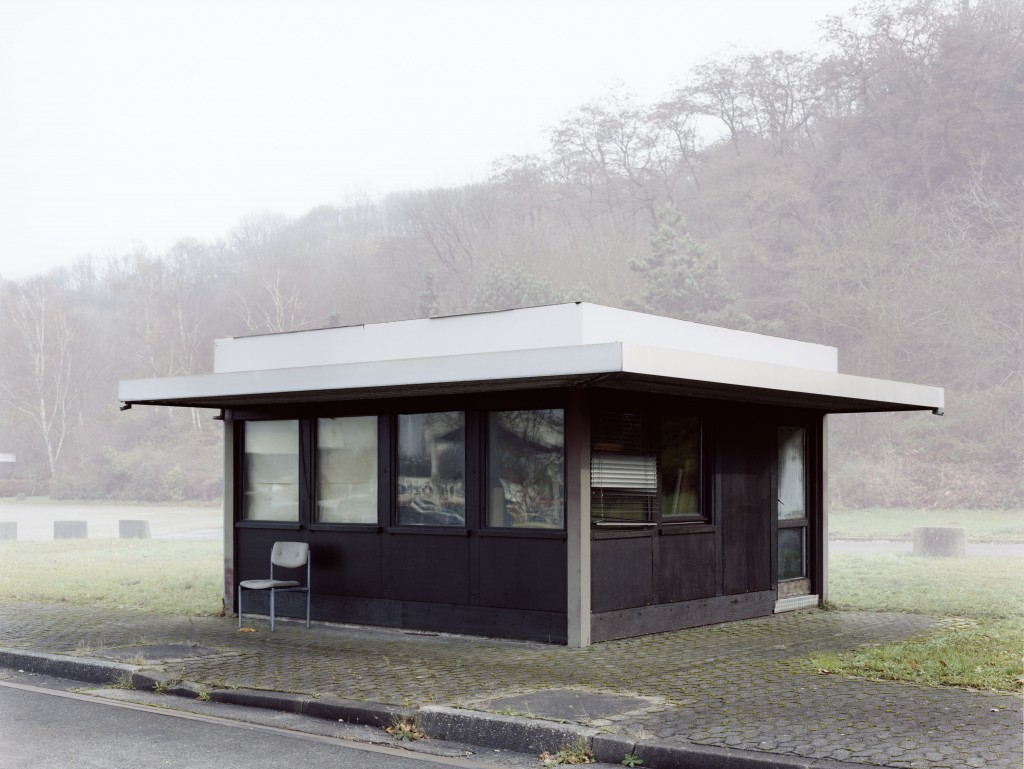 The checkpoint located in Aachen, Germany, on the border between Germany and Belgium (2007). Photo by Josef Schulz

Left: The checkpoint at Cap Cerbère on the border between Spain and France (2005). Photo by Josef Schulz