This Memorial Day, women veterans tell their stories through poetry

When Air Force veteran Toni Topps came home from her deployment in Saudi Arabia in 2002, she was placed in a government-sponsored PTSD support program at her local V.A. hospital. She was the only woman in her group — and a survivor of sexual assault and harassment during her time in military.

“I start writing poetry, and I say it saved my life.”

Topps began writing poetry after attending an open mic in 2002 following her return from deployment. She was struck by the idea of telling stories without anyone in the audience knowing whether it was based on fact or fantasy. The anonymity appealed to her.

“I was like, ‘Wow, I can tell what I’m going through and nobody can judge me,’” Topps said of her first open mic. “They don’t know if this is fictional, and I’m like, ‘This is amazing.’ So I start writing poetry, and I say it saved my life.” 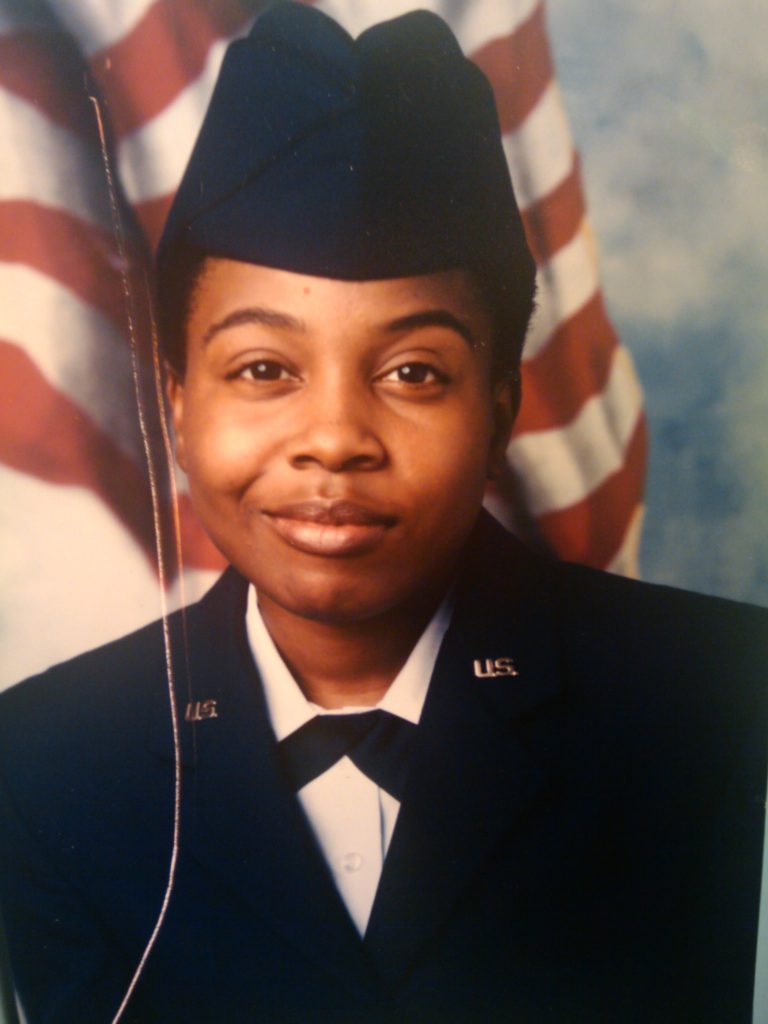 Despite her discovery, Topps struggled for years with her transition to civilian life, mental health crises and domestic abuse. In 2014, Topps came across Warrior Writers, a veterans’ nonprofit that fosters healing through artistic expression and storytelling. She eventually became a workshop facilitator.

Topps’ poem “i should be sleep lord” explores the restless nights she spent reliving her trauma:

uneasy whisper’s
from past and present playlist of screaming and crying
panting and loud tears hitting pillows
clutching fist and gritting teeth.

The poem came from a Warrior Writers prompt asking participants to describe how their day was unfolding. For Topps, the struggle of a sleepless night came to mind: “I’m seeing shadows, I’m hearing voices, I’m warped back into time where I was being taunted…” she told the PBS NewsHour. “I could smell his cologne, I can feel his breath on the nape of my neck.”

Chantelle Bateman, a poet and Marine Corps veteran who is also a facilitator at Warrior Writers, went through her own poetic catharsis. Her first Warrior Writers workshop was the first time she reinterpreted her experiences through an artistic lens. 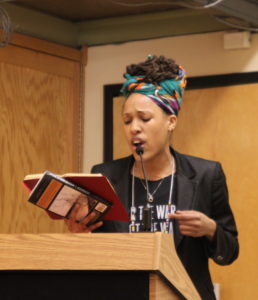 Bateman’s poem, “PTSD,” personifies trauma as “something that lives” with her, taking snapshots of the sensory manifestations of PTSD. She described the feeling like some “kind of Miles Davis on repeat/ It’s the sound I don’t want anyone to hear/ Creeping out of my pillows in the morning/ Before the coffee and cigarettes begin.”

“It was a really amazing tool for unpacking things — stuff that you can’t remember, things that you’d rather forget — and also a tool for reimagining those memories,” she said. “With art you can play with your memories, you can make them different…you can create a future you want to live in.”

Bateman said that although the military can exemplify the best of society — with values like fierce loyalty, courage and camaraderie — it can also bring out the worst when members “don’t fit into the status quo.”

“With art you can play with your memories, you can make them different … you can create a future you want to live in.”

“If you don’t quite fit that mold, you get pushed out and oftentimes women for a number of reasons wind up in those margins of folks who get pushed out,” Bateman said. “We’re often the people who say, ‘You know what, talking about sex in formation, or asking me about my body at work is not OK.’”

For Topps, Warrior Writers is a way to get stories like hers heard.

“I am the African-American woman veteran. I am a Muslim woman veteran that converted while I was stationed in Saudi Arabia,” Topps said. “I have so many different intersections as a veteran, so how can you tell my story? How can you fit me into this one experience?”

Read Topps’ and Bateman’s poems below.

i should be sleep lord
BY TONI TOPPS

what if every time it became dark outside
you were warped back into time
when nobody believed you when you said “No”
and mother’s took up for son’s who punched women in the mouth for being silent, silently showing her how to survive years of this

i’m tired of having a goodnight sleep
i rather be awake, so take comfort in the blaring television
the lights on downstairs
the smell of folger’s coffee percolating
and my ride or die chic, keeping me alive chic
controlling the remote, holding my eyelids up
woo’ing me with every touch

Insomnia, I should be sleep lord
shadow’s and voices playing hide and seek with my eyes and ear’s

burning eyes, heavy lids, quick long blink
but only coldness felt on my skin
so, i jump startled to see the clock is at 4 am, might as well
start the re-runs on demand again,
player’s back to 1st position

I should be sleep

Sadness is the color of my eyes, of my heart
The shade as distance
And some kind of Miles Davis on repeat
It’s the sound I don’t want anyone to hear
Creeping out of my pillows in the morning
Before the coffee and cigarettes begin
An avatar when I’d rather just be myself

Anger is the color I sometimes paint the town with
Bright red, blood shot, and sparkling with tiny salt crystals
Louder than incoming and the sirens they play when I hit the deck
Bitter sweet and never offered cookies
I’m just a pile of tears
Needing to punch you

Poems shared with permission of the authors