A new emancipation monument was unveiled in Richmond, Virginia, on Wednesday that features two 12-foot bronze statues — one of a woman holding an infant and one of a man freed from chattel slavery.

Watch the dedication ceremony in the player above.

The monument project first began in 2013, when the Virginia Dr. Martin Luther King, Jr. Memorial Commission wanted to commemorate the 150th anniversary of the signing of the Emancipation Proclamation, which declared all slaves in Confederate territory to be free in 1863. The monument was designed by Oregon artist Thomas Jay Warren. 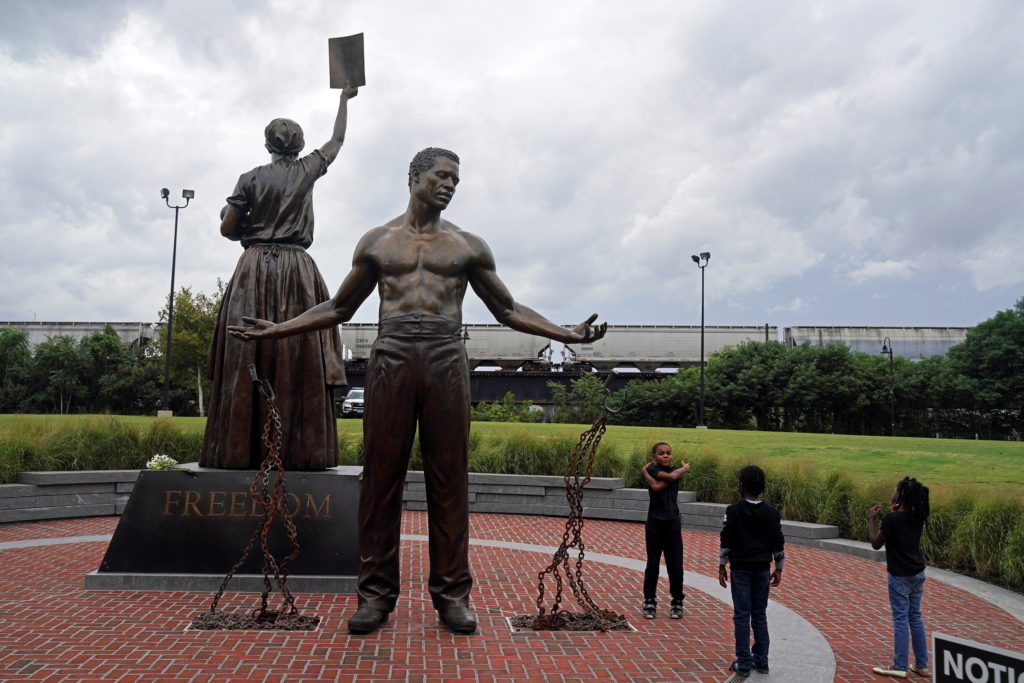 At the base of the Emancipation and Freedom Monument are the names of 10 African American Virginians who have fought for emancipation and freedom of formerly enslaved people or their descendants. 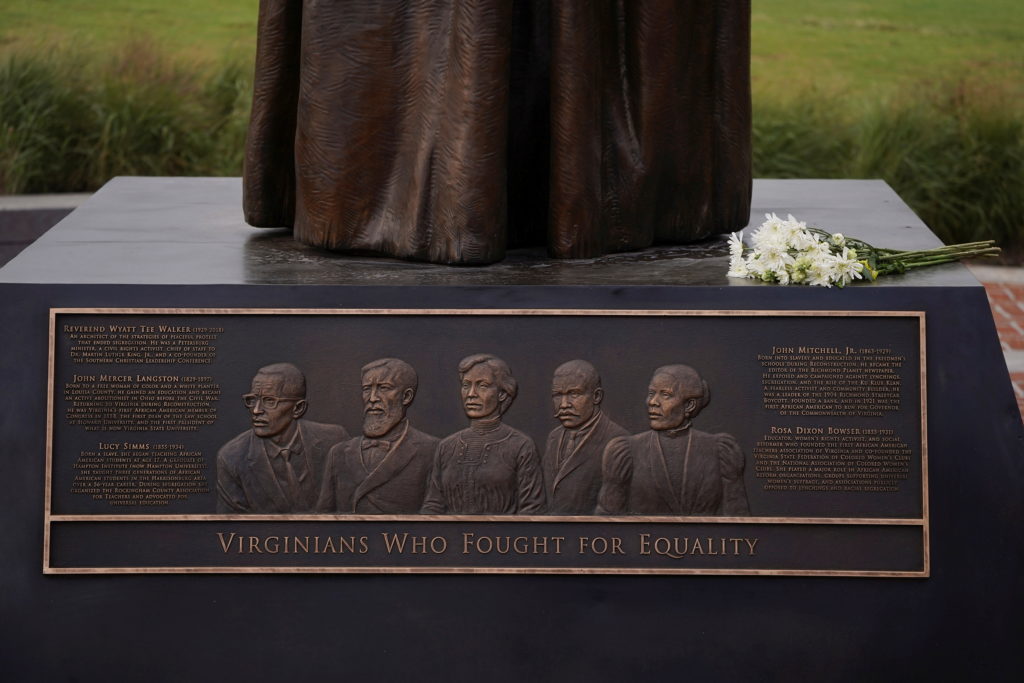 The Emancipation and Freedom Monument, designed by Thomas Jay Warren, was unveiled in Richmond, Virginia, on Sept. 22. Photo by Jay Paul/Reuters

The people honored include Nat Turner, who mounted a 1831 slave rebellion in Virginia; John Mitchell Jr., an activist and newspaper editor who, in 1921, was the first African American to run for Virginia governor; and Lucy F. Simms, an influential teacher in the Harrisonburg, Virginia, area whose career spanned five decades.

The emancipation monument is being erected on Brown’s Island, a public park in Richmond, about two weeks after the large bronze statue of Confederate Gen. Robert E. Lee was removed from its prominent spot on the city’s historic Monument Avenue.

Left: A dedication ceremony was held on Sept. 22 for the unveiling of the Emancipation and Freedom Monument in Richmond, Virginia. Video by VPM