A familiar PBS NewsHour face may soon grace your mailbox.

The late NewsHour co-anchor Gwen Ifill is being commemorated by the U.S. Postal Service with a Forever stamp this year. USPS will celebrate the release of the stamp in a dedication ceremony on Thursday at a Washington, D.C., church that Ifill attended for years.

The lady at my post office gave me a sneak peek ☺️☺️☺️ These are out Thursday! #ForeverGwen @NewsHour pic.twitter.com/8Rf9s1t8o4

The stamp is based on a 2008 photograph of Ifill and features her full name below the portrait. It’s the 43rd stamp in the USPS’ “Black Heritage” series, which honors prominent, deceased black leaders, such as actor and civil rights activist Lena Horne, lawmaker Shirley Chisholm and minister Richard Allen. 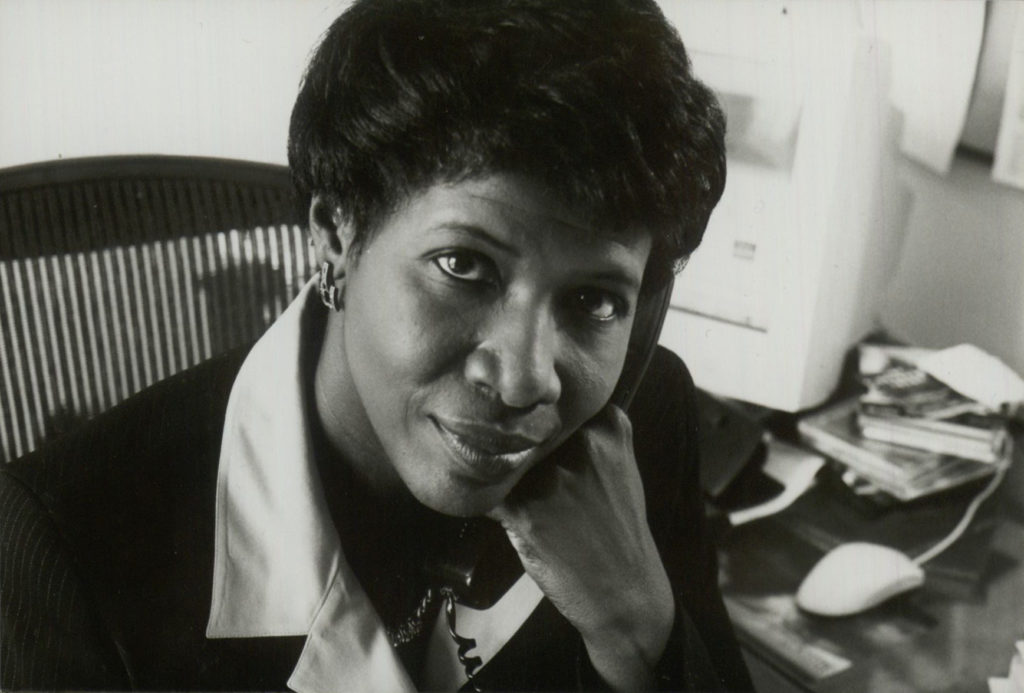 An archival photo of Gwen Ifill.

Ifill was an esteemed journalist who worked at the NewsHour for 17 years, covering eight presidential campaigns and moderating two vice-presidential debates. She was also the moderator and managing editor of Washington Week. In 2016, Ifill died from complications of cancer at age 61.

Prior to the NewsHour, Ifill worked at newspapers in Boston and Baltimore, then joined the Washington Post and The New York Times. Making the leap to television, she covered politics for NBC’s D.C. bureau for several years before she became the senior political correspondent for The NewsHour with Jim Lehrer in 1999. In moderating Washington Week, she became the first woman and first black journalist to helm a major national politics show.

The 43rd stamp in the Black Heritage series honors Gwen Ifill, one of the nation’s most esteemed journalists. ✉️ #GwenIfillForever #BlackHeritageStamps https://t.co/6P0xdpFTLz

Ifill was also part of the first all-women team to anchor a national nightly news program when she became PBS NewsHour co-anchor with Judy Woodruff.

Woodruff, who’s expected to deliver remarks at Thursday’s ceremony, has said that Ifill was the “best partner one can imagine, because she was committed to fairness.” Woodruff also once described her as one of the “most graceful interrupters” she’s ever seen.

Ifill “didn’t mind telling anyone when she thought they were wrong, on camera. She kept it respectful,” Woodruff said. 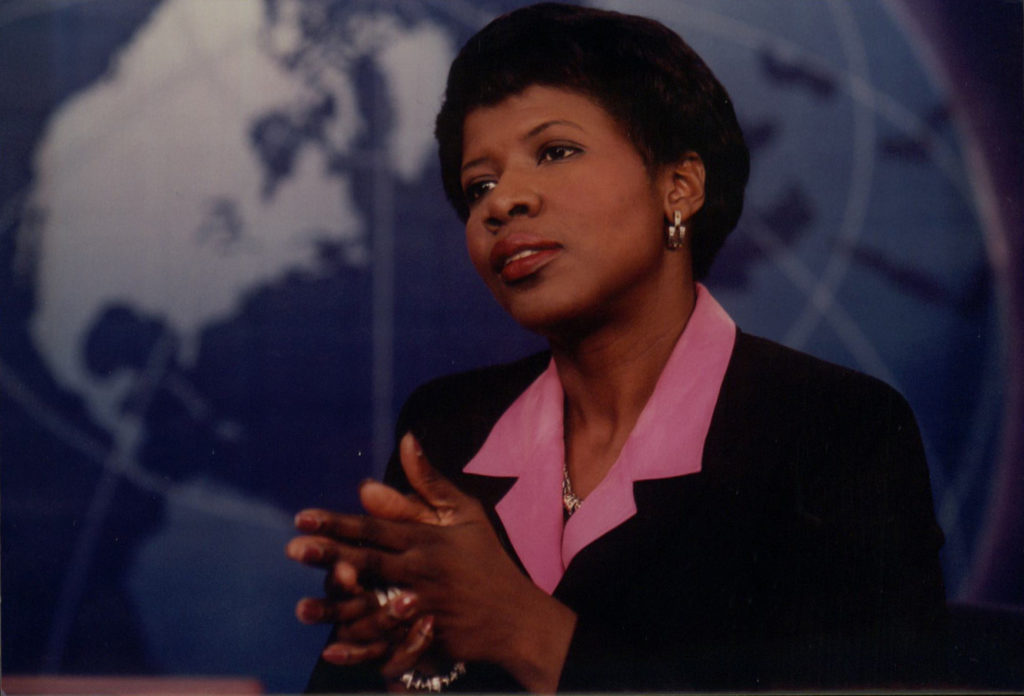 An archival photo of Gwen Ifill on an older “PBS NewsHour” set.

Ifill was a mentor for many journalists and often reflected on the challenge of navigating predominantly white spaces, including the newsroom, as a black woman.

Ifill recalled in 2014 how she was inspired by broadcast journalist Melba Tolliver, who was the only African American woman she’d ever seen on television growing up.

“She had a big Afro and when we turned on our black-and-white set, there she was,” Ifill said. “I’ve never met her. All I know is that she left a very big impression upon me because I didn’t want to be in television, but here was a black woman asking the questions.”

WATCH: What these young journalists wish they could tell Gwen Ifill

What these young journalists wish they could tell Gwen Ifill