In the middle of the Jordanian desert, at a camp that houses tens of thousands of Syrian refugees, Syrian photographer Mohamad Khalf teaches the art of food photography.

He shares a photograph of the setup: eight students and Khalf gather around a table that overflows with chopped vegetables, tomatoes and flowers. A single fan on the wall pushes against the heat of the camp, which can reach above 100 degrees Fahrenheit in June.

This is one portrait of artistic expression in Zaatari refugee camp, where approximately 80,000 Syrians live, having fled the devastating five-year war there that has killed more than 400,000 people. 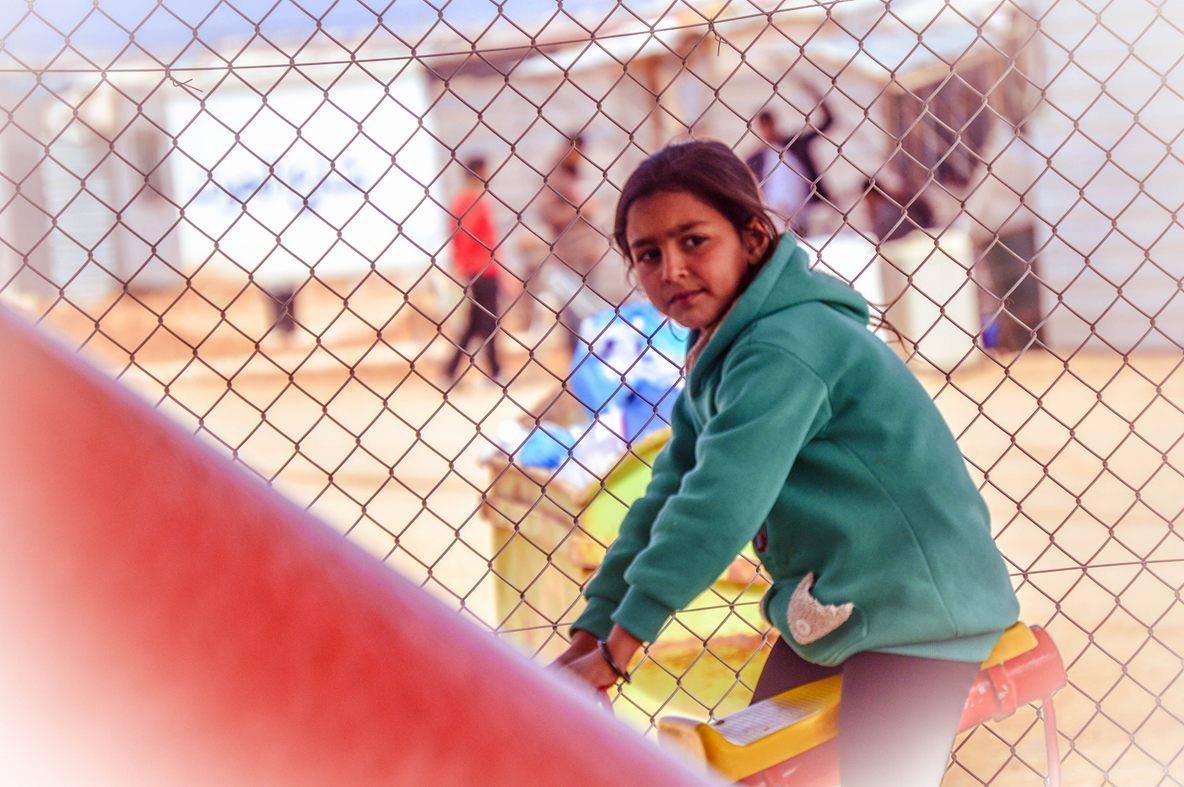 Khalf, 25, photographs life in Zaatari while teaching photography workshops to other refugees. In his work, daily expressions of ritual and joy — a line of men praying, children playing — are juxtaposed with barbed wire and the ashes of burned structures. All of this, he said, forms a part of the Syrian story.

“The picture is a letter to the world,” he said in a Facebook message. “The world should know what [makes] people Syrian.”

“Self expression and creative problem-solving are important to children and youth anywhere in the world. For refugees who have endured the trauma of war … it is even more essential.” — Photographer Brendan Bannon

Khalf arrived in Zaatari in March 2013, almost a year after his brother was killed in Damascus by forces loyal to Syrian President Bashar al-Assad, according to Khalf.

Once at Zaatari, Khalf met Brendan Bannon, an American photographer who teaches workshops in the camp with a grant from the UN.

Khalf loved photography for years and had shot sporting events in Syria using a camera phone or a friend’s Nikon, when he could borrow it. But during the fall of 2014, he took those skills further by training with Bannon and working as a course assistant in two of the workshops that Bannon taught.

“It was great to see the way that [Khalf] supported the students in every way imaginable,” Bannon said. “He would meet the youngest, and walk them through the camp to class to be sure they were there safe and on time. He took notes on everything that happened, all of the discussions and lessons were recorded in his notebook for future use.”

After Bannon’s workshops ended, Khalf began teaching on his own. In November of 2014, his photographs of sports in Zaatari were featured on The New York Times’ website. 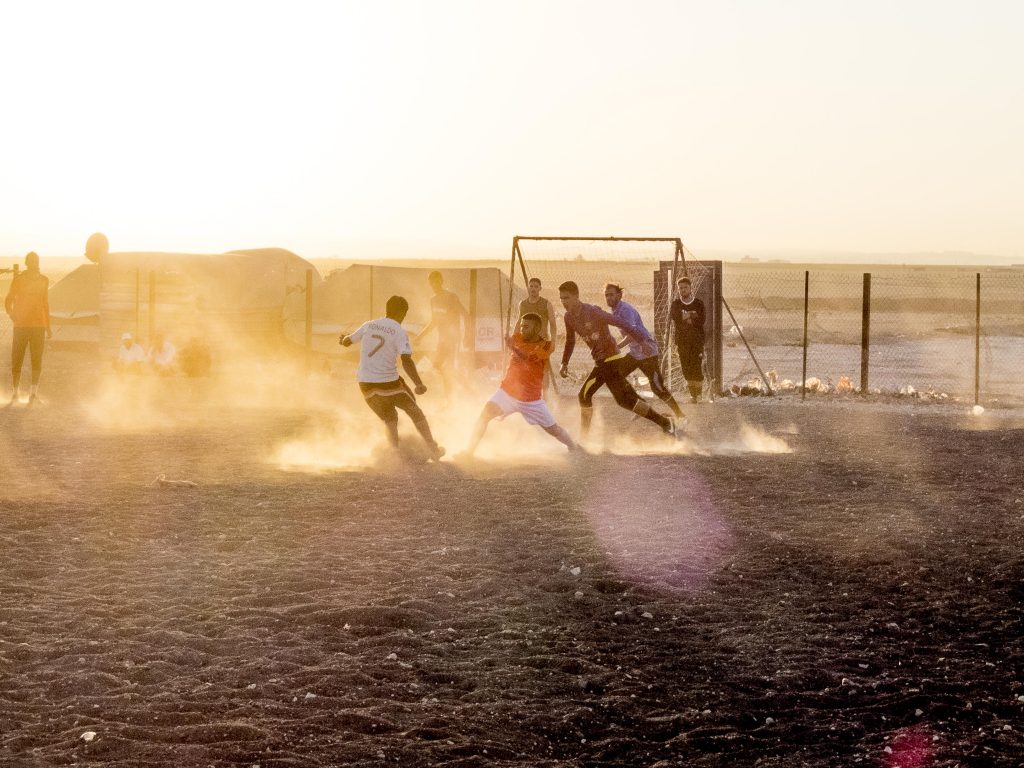 The workshops are just one corner of an artistic scene that has developed in Zaatari amid wrenching living conditions, from excessive heat to a lack of water and electricity. Internet service is spotty, limiting residents’ contact with the outside world.

Based on population, the camp could be the fourth-largest city in Jordan — but it lacks the infrastructure most cities require to support thousands of residents.

In the face of these difficulties, a number of individuals have worked on developing artistic resources for refugees in Zaatari, aware that back in Syria, the militant group calling itself the Islamic State has taken direct aim at the heart of Syrian culture — destroying ancient sites and antiquities.

“I am suffering from the loss of this heritage,” Khalf said, before naming cities where the Islamic State has launched offensives in recent years. “Palmyra. Aleppo. Deir ez-Zor.”

Bannon, who also led photography workshops for refugees in Yemen and Namibia in 2008, said he believes an outlet for creative expression can serve as a lifeline for some refugees.

“Self expression and creative problem-solving are important to children and youth anywhere in the world,” Bannon said. “For refugees who have endured the trauma of war and have been uprooted and separated from everything they knew, it is even more essential.”

Like a number of Syrians, Khalf ascribes the destruction in Syria to both the Islamic State and Assad’s troops, and said his camera is a tool of cultural survival. “I take a picture of my heritage before it becomes devastated by Daesh [and] Assad,” he said, using a pejorative term for the Islamic State.

Bannon said that art by refugees also helps foster a public understanding of the situation across borders. “Hearing from refugees like Mohamad is essential,” he said. “Being witness to the creativity and individuality we see through their expression encourages people to see the person, not the statistic or label.”

See more of Khalf’s work below. 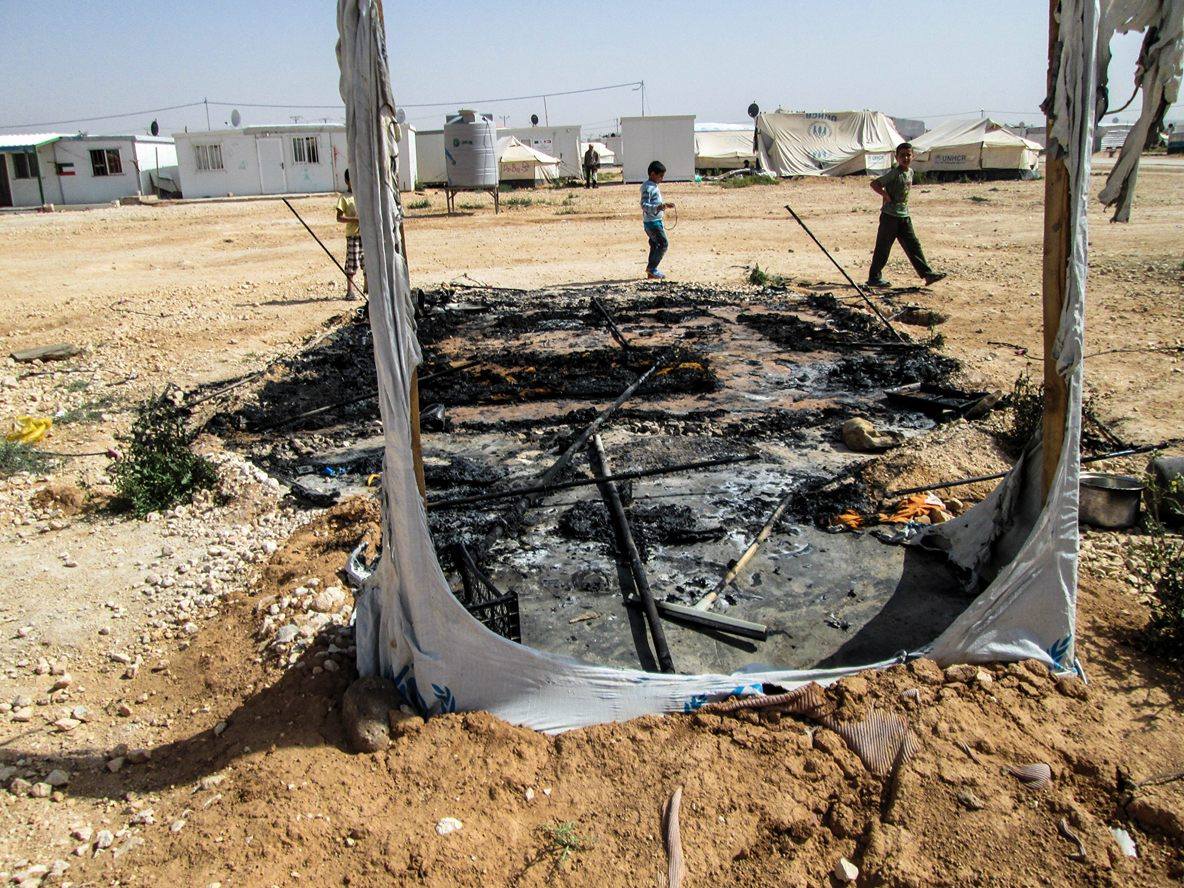 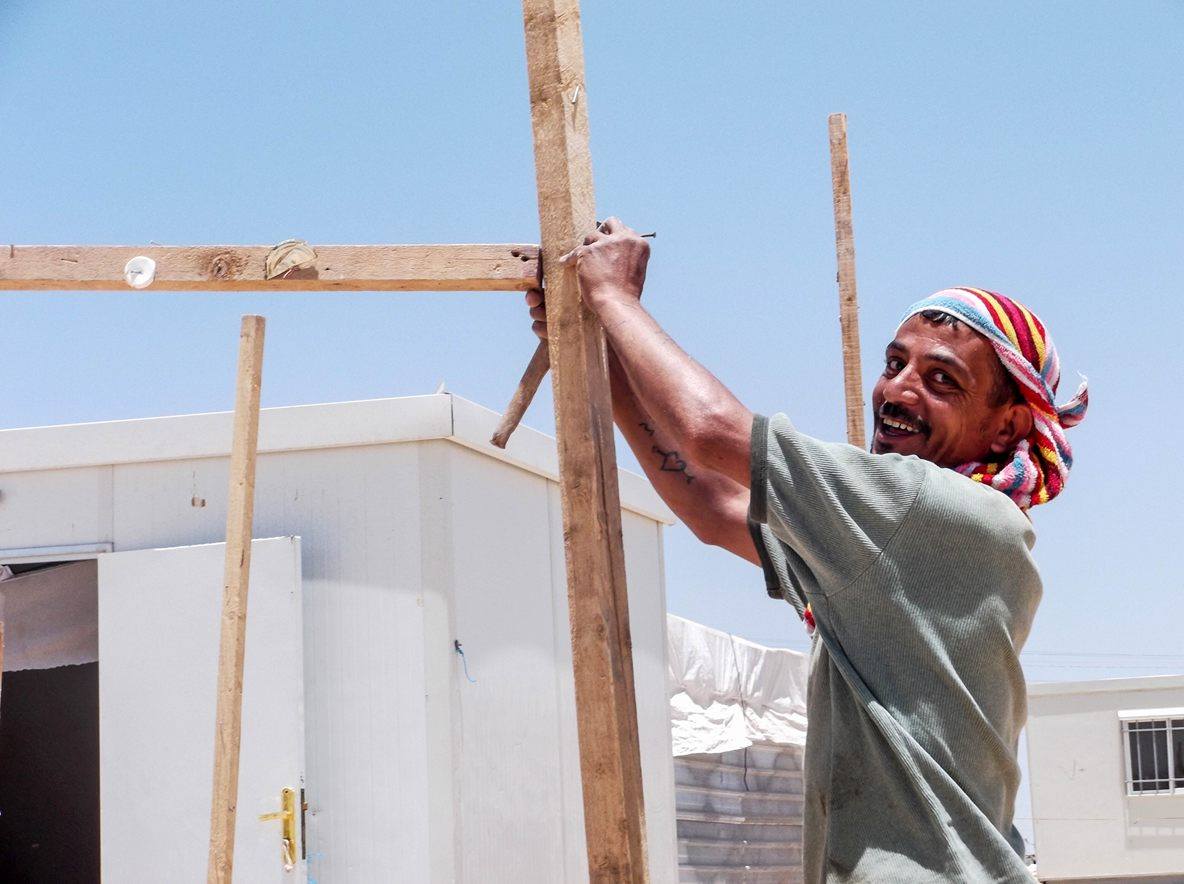 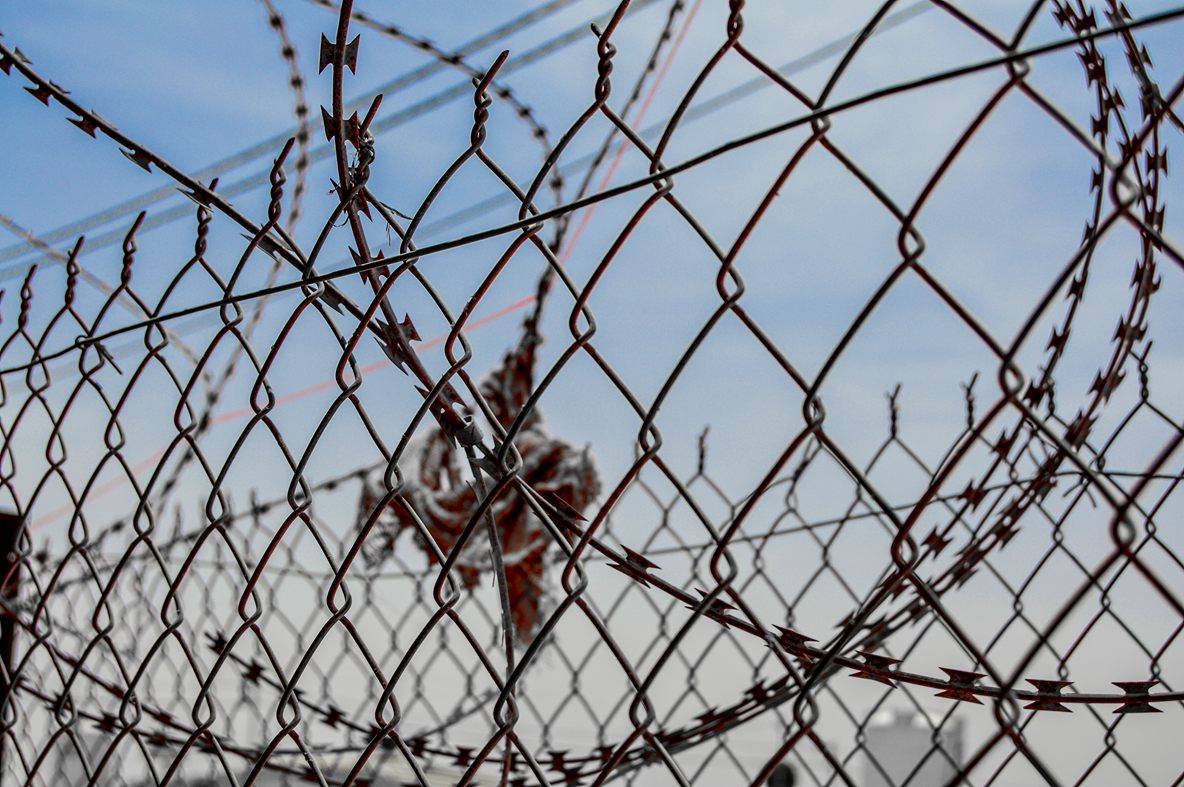 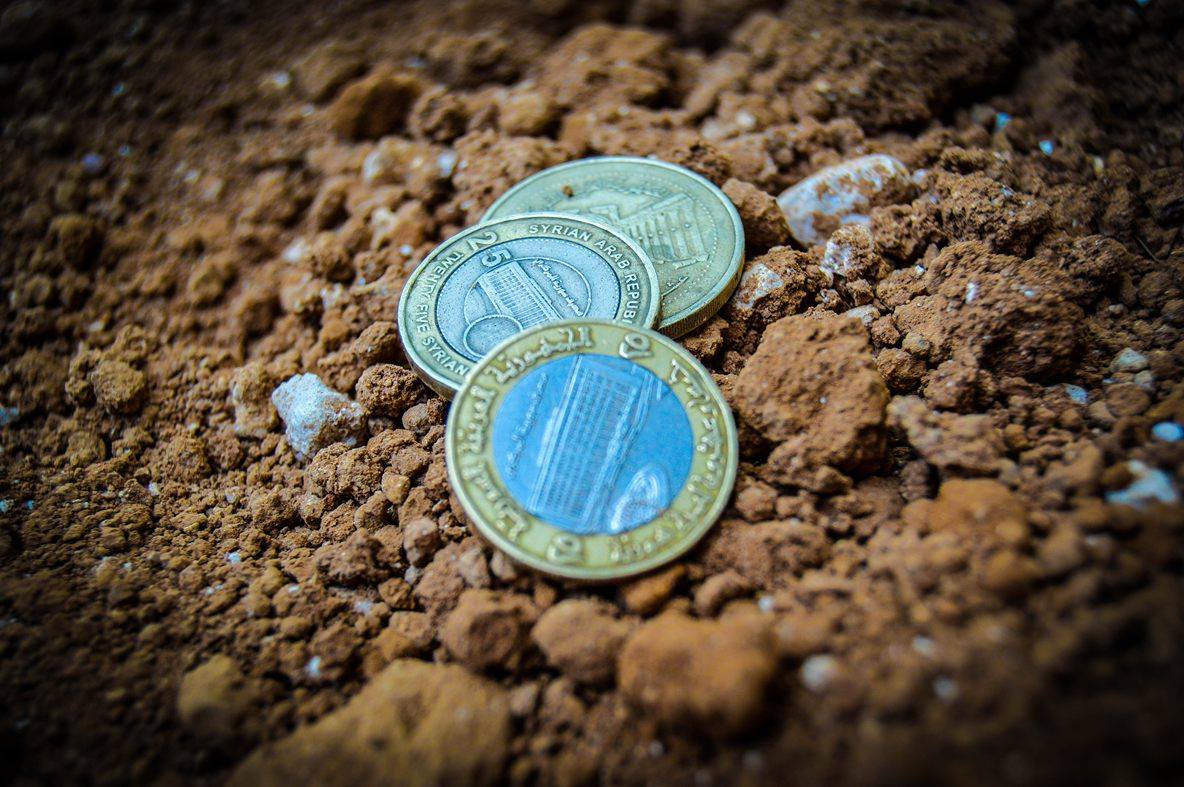