Last week, as the shock and awe over Donald Trump’s election victory continued to consume us, Medicare announced roughly 10 percent increases in 2017 rates for many Part B premiums and the program’s annual deductible.

This is a very big deal, because the increases had earlier been forecast at roughly double this size. However, Medicare says it had sufficient financial reserves to absorb half the expected 2017 rise in Part B expenses. It’s good news for consumers who might have expected to pay more.

The agency also announced modest increases for Part A, which covers care in hospitals, nursing homes and some in-home care. Premiums and deductibles next year for Medicare Advantage and Part D prescription drug plans already have been set and are not affected by the Part A and Part B changes.

Part B primarily covers expenses for doctors, other outpatient care and durable medical equipment. Its annual deductible will rise from $166 this year to $183 in 2017.

However, the COLA this year was zero, so most people saw their Part B premiums frozen for 2016. However, about 30 percent of Medicare enrollees are not held harmless, and the 2016 premiums for most of them rose to $121.80 a month. This group includes people who do not yet receive Social Security, those new to Medicare, people whose Medicare premiums are not deducted from Social Security, lower-income Medicare enrollees who also receive Medicaid and people who pay higher-income premiums for Medicare.

The average amount of that increase will raise Part B premiums by an average of about 4 percent, from $104.90 to about $109.00 a month. Exact increases will be tied to a person’s actual Social Security benefits, so Part B premiums will be larger than $109 for high-income beneficiaries and lower for those with below-average benefits.

For people who had to pay $121.80 a month this year but are now held harmless for 2017, their premiums will also rise by an average of about 4 percent. Again, specific changes will be tied to their actual Social Security payments.

Roughly 5 to 6 percent of Medicare enrollees earn enough money to trigger the program’s high-income surcharges. Here are what these changes will look like for 2017: 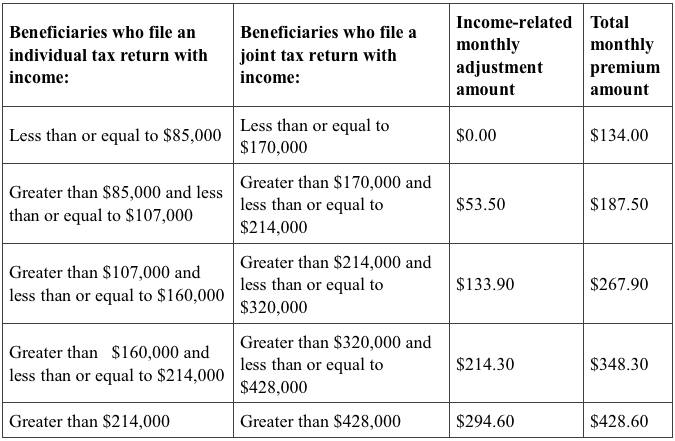 Part A charges no premiums to anyone who has worked long enough to qualify for Social Security benefits. However, it does have an annual deductible and daily coinsurance charges. Here are details of the changes to Part A expenses:

Left: Medicare announced roughly 10 percent increases in 2017 rates for many Part B premiums and the program’s annual deductible. This is a very big deal, writes Phil Moeller. Photo by Joe Raedle/Getty Images