Editor’s Note: Wednesday’s story, featuring economist Robert Lerman’s take on the distribution of wealth in the United States, has generated a flood of comments. Lerman has agreed to respond to many of the points made by our viewers – you can add your own in the comments below. Meanwhile, as promised, here is the more detailed breakdown of how he would slice the pie, factoring in Social Security and Medicare benefits, along with financial and housing assets.

As Lerman wrote in an email that prompted Wednesday night’s story (which was itself a response to our original “pie chart” story):

Notwithstanding these points, the super-duper rich do have an unbelievable amount of money compared even to the well-off.

So here’s a breakdown of wealth distribution based on financial and housing assets only, including a further dissection of the uppermost quintile: 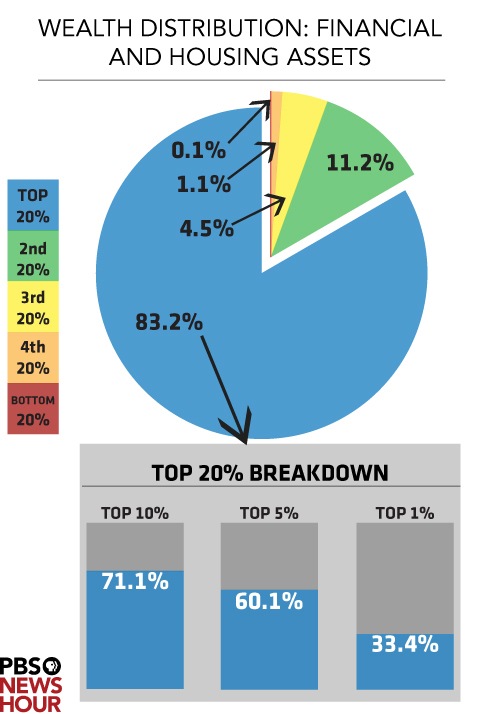 And Bob Lerman’s breakdown of wealth distribution, including Social Security and Medicare benefits along with financial and housing assets, again slicing down within the uppermost quintile: 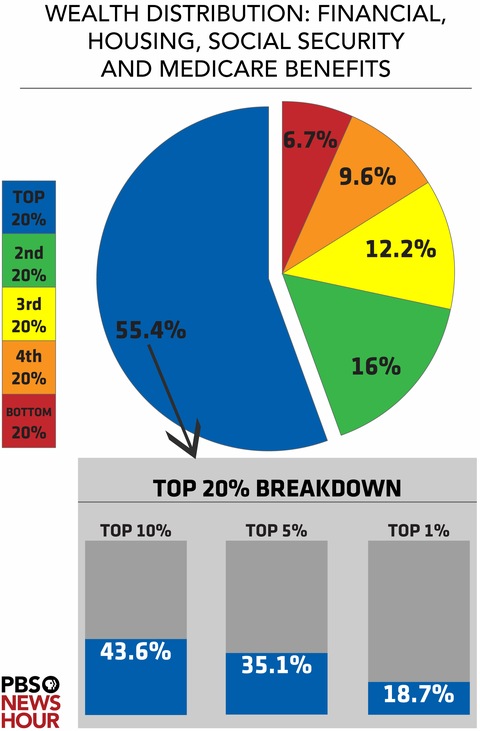