After building WPP into the world’s largest communications conglomerate, with 200,000 staff in 112 countries, Martin Sorrell resigned as its CEO on Saturday amid allegations of personal misconduct, Reuters reported.

The 73-year-old ran the advertising and marketing behemoth for 33 years, becoming the longest serving and highest paid CEO of the Financial Times Stock Exchange 100 Index.

The company announced on Saturday that the investigation into Sorrell’s alleged misuse of company assets had concluded and without providing any further information, stated that “the allegation did not involve amounts that are material,” The Washington Post reported.

Denying any wrongdoing, Sorrell said to his staff that he was stepping down because “the current disruption is simply putting too much unnecessary pressure on the business.”

Adding that the move was in the best interest of all stakeholders, he said in a statement to employees that the company had been “a passion, focus and source of energy for so long.”

Roberto Quarta, the company’s chairman will become the executive chairman until a new CEO is appointed, the company said, adding that Sorrell’s departure will be treated as a retirement.

In 1985, Sorrell bought a stake in Wired and Plastic Product with the aim of turning the publicly traded British shopping basket maker into a global marketing services company.

He then set off to build his empire, which today consists of some of the world’s biggest and most influential advertising, media and marketing services companies including Ogilvy & Mather, J. Walter Thompson, Kantar and Burson-Marsteller. Servicing some of the world’s biggest ad spenders including Unilever, Procter & Gamble and Coca Cola, WPP reported revenues of over $21 billion last year.

Last June, the ad giant was named ‘Holding Company of the Year’ by the Cannes Lions International festival of Creativity, known as the Oscars of advertising, for the seventh consecutive year. 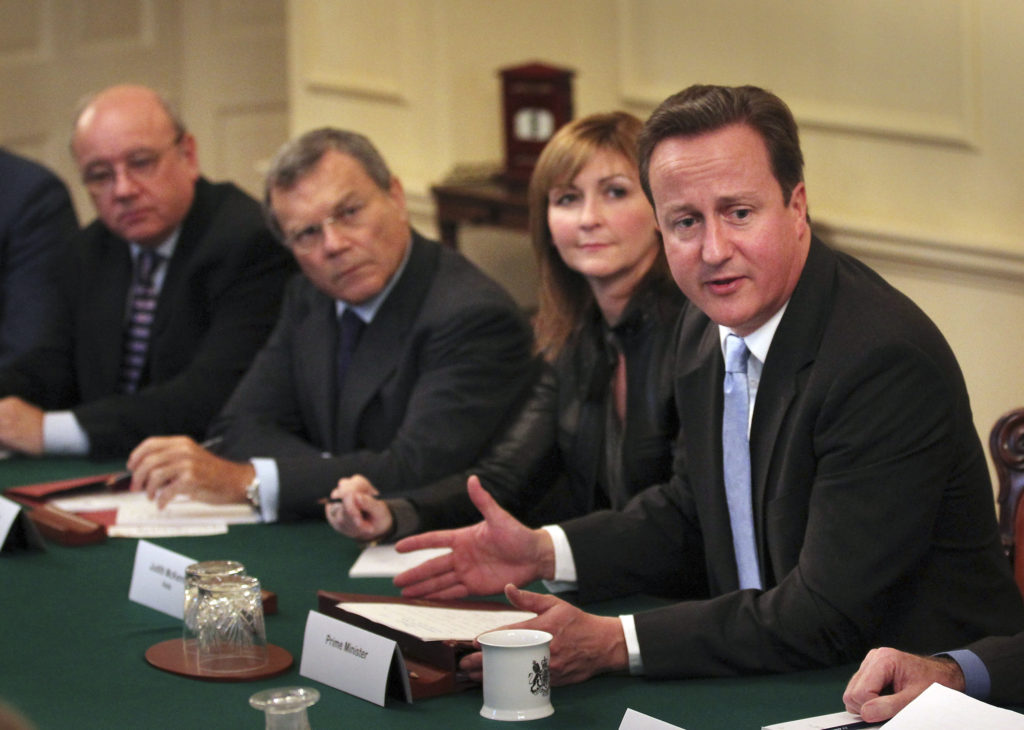 Energetic and competitive, Sorrell is widely regarded as the titan of his industry known for his combative style, especially when pointing out the failings of his competitors to journalists. His departure comes at a crucial juncture for the company that lost a third of its value last year due to the changing media landscape, advertisement spending cuts and stiff competition by the likes of Google and Facebook, the BBC reported.

A fixture of the British and European social circuit, Sorrell’s reputation transcended the communications business and he was seen as a global business leader, often sighted at the World Economic Forum in Davos in Switzerland.

In 2007, Harvard Business School awarded him its highest honor, the Alumni Achievement Award. In 2000, he was knighted by the Queen of England.