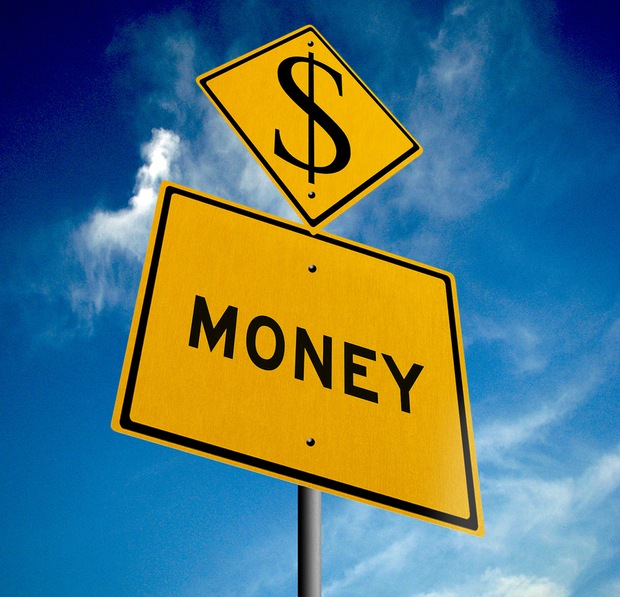 Annuities can give you a safe return on your money — for life. Photo courtesy of flickr user 401K.

Paul Solman: “Financial ability peaks at age 53,” Lew Mandell points out. So “now what?” he asks. His answer: a new book entitled “What To Do When I Get Stupid: A Radically Safe Approach to a Difficult Financial Era.” I began reading it recently and thought, this is material for readers of the Making Sen$e Business Desk. Lew, who helped found America’s financial literacy movement, agreed to write up some of his key messages for us — and you. Here’s the first, on the payoff from annuities.

Lew Mandell: Yes, there is a way for older Americans to receive guaranteed lifetime income that, for many of us, is more than three times the current rate on 10-year Treasuries. It is through the purchase of a Single Payment Immediate Annuity (SPIA), perhaps the least-known, best retirement deal on the market today.

In finance, the word “annuity” refers to a series of payments made to a person (called the “annuitant”) for life or for a set number of periods. In this post we refer to a fixed, life annuity, a plain vanilla annuity that will guarantee a set income each month for the rest of your life, no matter how long you live or what dumb mistakes you make along the way. If this guarantee looks familiar, it should, since it is pretty much what we get from Social Security as well as from a traditional “defined benefit” pension — if we are lucky enough to have one. Both are forms of life annuities because both pay until you die.

Treat Social Security as Insurance Against One of Life’s Most Expensive Accidents:

Failing to Die on Time

Virtually every economist who studies retirement issues feels that annuities are generally the best way to close a lifetime income gap. In fact, economists are very surprised that relatively few retirees choose to invest at least some of their savings in a life annuity. They even have a name for this strange behavior, which they call the “annuity puzzle.”

Essentially an annuity can protect us against three important risks: longevity risk — the risk of living longer than our life expectancy; market risk — the risk that our income will fall if stock prices or interest rates go down; and what we might call judgment risk — which is the risk that we, ourselves, might do something stupid to harm the lifetime income stream on which we depend.

The biggest pool is run by Social Security since nearly every American worker must belong to it. However, if you belong to a pool of college professors, like myself, who do little dangerous work or heavy lifting and tend to eat well and not smoke, its members will have a longer life expectancy than the average worker in the Social Security pool and an even greater life expectancy than National Football League players, many of whom have been found to suffer life-shortening effects of head injuries. As a result, the same upfront investment (“premium”) will buy those in a pool of college professors a smaller monthly payment for life because they are expected to live so long, and will buy former football players a greater monthly payment because of their shorter life expectancy.

Aside from providing an attractive fixed cash flow for life, a second major benefit of an immediate annuity, for those who worry about being swindled in their dotage by an unscrupulous investment salesman or a new spouse, is that most are virtually unswindleable. Once you pay the money, you are going to get a monthly check for the rest of your life, period. This is why an immediate annuity is sometimes called a “non-refund” annuity — once your single deposit premium is paid, you generally can’t get your money back, discouraging most swindlers. When they learn that your assets have been invested in an SPIA, they’ll move on, instead, to the next vulnerable old-timer.

But you have to be careful if you decide to use an “annuity” to close your lifetime income gap. That’s because there are all kinds of financial products out there that call themselves “annuities,” many of which never end up paying a dollar in lifetime income. A SPIA begins when you make a single upfront investment, called the “premium” and starts to pay you a monthly income for life beginning a month after you pay your premium. SPIAs are sold by most life insurance companies. Since payments are fixed, SPIAs eliminate market risk. Since they pay you for life, even if you live to be 105, they eliminate longevity risk. And since many can’t be cashed in, they eliminate judgment risk. A few companies will sell them with inflation protection as well (at extra cost).

For those seeking to supplement their lifetime income, SPIAs offer the huge benefit of generating much more guaranteed income than any other type of investment. While a 70-year-old man or a 73-year-old woman could get a safe return of perhaps 2 3/4 percent by investing in 10-year U.S. Treasuries, they could get a guaranteed annual cash flow of more than 8 percent, or about three times as much, for life, by investing in a SPIA.

Some people resist buying an immediate annuity because market interest rates are currently very low. While this concern is valid for the purchase of other fixed income products, such as bonds, it is far less important for immediate annuities since most of the guaranteed monthly cash flow is due to return of principal (the amount you put in), not to earnings on the investment.

The highest payments are made to those who choose a “straight life” SPIA, which pays a single person and pays nothing to his or her beneficiaries. A downside of a straight life immediate annuity is that if you die soon after putting in your money, your estate gets nothing back. However, if your primary concern is protecting your own standard of living for life, this may not be an issue. It is possible to guarantee lifetime income from your annuity for a second person, perhaps a spouse, and it is also possible to guarantee payments to your heirs for a certain number of years after you purchase the annuity, generally five or 10, if you die early. These added guarantees come at an extra cost per monthly dollar of lifetime income.

Life insurance companies that issue annuities are highly regulated by the states in which the policies are issued and are generally considered to be conservative and safe. States also have insurance funds with limits ranging from $100,000 to $500,000 to reimburse annuity holders in the very unlikely event that an insurance company fails. You can further protect yourself by diversifying annuity companies — in other words, splitting your money between two or more highly rated providers.

If you rush out right now to buy an annuity from the first salesperson you run into, chances are good that the salesperson will try to talk you into buying a “variable annuity.” The world “variable” means that it does not give you the same guaranteed monthly amount of money for life. It also tends to be far more profitable for the insurance company that issues it and for the salesperson who sells it.

If you put your money into a variable annuity, you are generally buying risky stocks and bonds rather than an ironclad payment for the rest of your life. Yes, you can arrange to get a payment for the rest of your life, but the amount of the payment depends largely on how well your investments do. If the stock market collapses, as it did in 2008, losing half its value, and if your variable annuity is invested in stocks or a stock mutual fund, you could possibly see your monthly payment fall substantially. If the variable annuity is invested in a target date mutual fund, you could be in real trouble since target date funds reinvest or rebalance your money away from safe assets, like bonds, into even more risky assets, like stocks, as the stock market falls.

With the ability to defer paying taxes on money invested in variable annuities, they may be reasonable investments for younger, working people in high tax brackets who are willing to take on risk. However, they are not generally good investments for retired people whose tax brackets have fallen and who generally try to avoid risk.

To get an idea of the guaranteed cash flow available on a SPIA, you might want to go to this site. This is a free web site that doesn’t require a sign-in or identification from you and that tells you the monthly and annual payment that a fixed investment, such as $100,000, will give you for life, depending on your age and gender. You will be pleasantly surprised!

Paul Solman: Now after reading Lew’s unequivocal encomium to annuities, which I had requested after reading his book, I had two nagging questions. The first once concerned a favorite anxiety on this page: inflation. So I wrote to Lew: “Shouldn’t one buy an inflation-protected annuity instead of a fixed-payment one?”

Lew Mandell’s response: As I point out in my book, there is a cost to inflation protection: it will lower one’s lifetime payments by about a third. I have calculated the break-even inflation rate for a 70-year-old to be about 3.87 percent, which is above average U.S. inflation over the past century. A risk-neutral individual would only take the inflation protection if he or she felt that average inflation would exceed that during his or her remaining lifetime. Since few older individuals are risk-neutral, it is not a bad price for the added insurance, if it is needed.

Paul Solman: But suppose I put all my savings into a life annuity and inflation skyrockets?

Lew Mandell: I hope that a major contribution of my book is its focus on minimizing uncovered inflation-related expenses in retirement. This is done by having a fully-paid, age-in-place home and no other consumer debt as well as by maximizing Social Security retirement payments by waiting until age 70 to begin drawing them. Therefore, if your uncovered-for-inflation core expenses amount to, say, 10 percent of your total core expenses after you purchase the nominal life annuity, the impact of inflation on your standard of living is just a tenth of the level of inflation. A 20 percent rate of inflation would impact your living standard by just 2 percent per year.

Paul Solman: Okay, one last question. Don’t insurance companies charge whopping fees for annuities? Isn’t that why financial planners have so often advised against them?

Lew Mandell: Most insurance companies offer both fixed and variable annuities but often sell them in very different ways. Variable annuities tend to be heavily marketed, with huge commissions to salespeople (often 5 percent of amount purchased with no quantity discount) and often have their returns based on widely-advertised mutual funds at a great extra expense to customers. Total fees on variable annuities can total 2 1/2 to 3 percentage points.

As I point out in the book, the immediate fixed annuity market is largely a quiet one in which insurers compete on the basis of price with virtually no marketing expenses. Profits are generally low, with total markups (according to my calculated estimates) of no more than about 1 percent.