Beware this Medicare gotcha when you file for Social Security 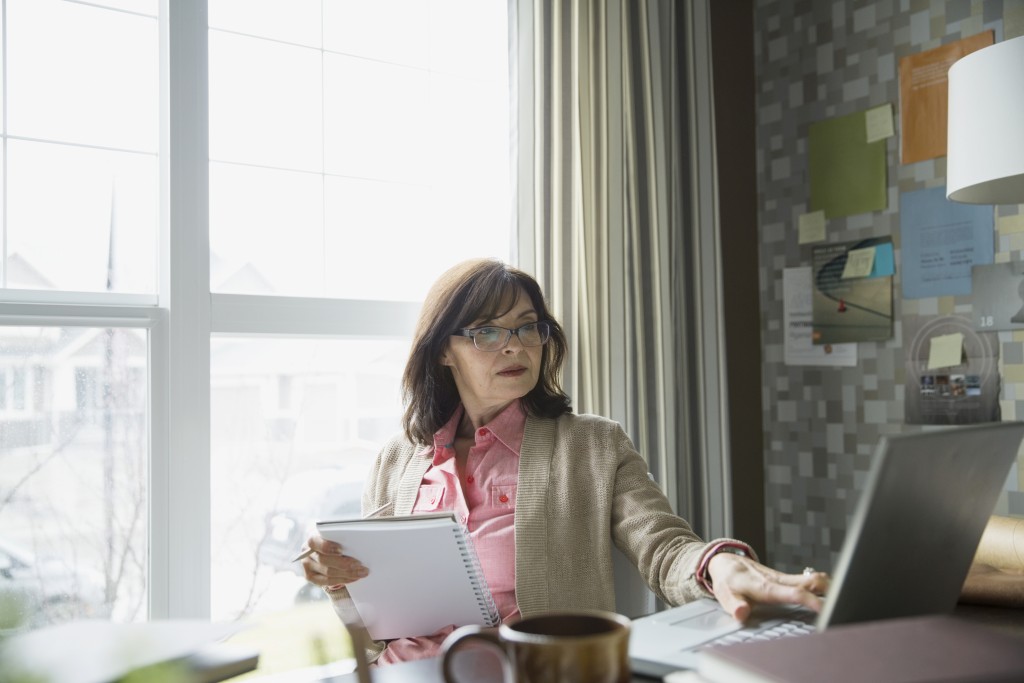 Moeller is a research fellow at the Center on Aging & Work at Boston College and co-
author of “How to Live to 100.” He wrote his latest book, “How to Get What’s Yours: The Secrets to Maxing Out Your Social Security,” with Making Sen$e’s Paul Solman and Larry Kotlikoff. Follow him on Twitter @PhilMoeller or e­mail him at medicarephil@gmail.com.

Medicare rules and private insurance plans can affect people differently depending on where they live. To make sure the answers here are as accurate as possible, Phil is working with the State Health Insurance Assistance Program (SHIP). It is funded by the government but is otherwise independent and trains volunteers to provide consumer Medicare counseling in state and local offices around the country. The nonprofit Medicare Rights Center is also providing on­going help.

Jan – N.J.: At age 65, I was forced off my employer’s health care plan and had to enroll in Medicare. I also purchase Medicare supplemental insurance. I am 68, continue to work and collect my Social Security. Why are the medical premiums I pay not deductible on my taxes unless my medical expenses exceed 7.5 percent of my income, which they don’t? When I had health coverage through my employer, my insurance was pre-taxed. This does not seem fair. My younger co-workers are not taxed on their insurance premiums.

Phil Moeller: Jan, I am very sympathetic. You’ve discovered yet another disconnect when moving from employer health insurance to Medicare. This is an unpleasant shock in many ways, and this jolt does not spare your wallet.

Lastly, at the risk of piling on, that 7.5 percent threshold for deducting medical expenses is now only available to taxpayers 65 or older. It will rise to 10 percent for everyone beginning with the 2017 tax year.

Eileen – Wisc.: I’m turning 65 in two months, but I plan on working full-time through January 2016, and will have an employer health plan. Can I postpone Medicare until then or do I have to enroll/suspend all or some of the various parts (A, B & D). Is there anyone locally, at a government agency, I can meet with to discuss these issues?

Phil Moeller: The short answer is that you should not need to sign up for any type of Medicare unless your employer has 20 or fewer employees. The rules for these small-employer plans may require Medicare to become the primary payer of insurance claims with the employer plan the secondary payer. Even if you work for a larger employer, you are very smart to want to check out these matters ahead of time. Talk with someone in human resources to find out if there are any changes to your health insurance when you turn 65. Also, find a SHIP contact for your state and talk with one of its counselors.

If you decide to begin taking Social Security benefits, you will automatically be enrolled in Parts A and B of Medicare. If Social Security payroll taxes have been deducted from your pay for at least 10 years, Part A hospital insurance is free. Part B coverage does have a monthly premium but you can, as indicated above, decline this coverage. Send back the Medicare card you should have received in the mail, along with the form you received stating that you do not want Part B. You should then receive a new Medicare card that does not have Part B on it.

Here’s what Fay from Idaho had to say, in part:

I mostly want to raise awareness of the problem. Most agents have not been trained to deal with these issues; the Social Security literature and website do not inform applicants about the matter; my husband’s human resource and benefit manager people gave me incorrect information. Local Social Security agents said it wasn’t their responsibility and that my health insurance company should have informed me. When I asked for a written copy of these policies, they couldn’t produce them but said they were in the consumer literature for Medicare and Social Security and on the website — a claim I feel pretty sure they have not tested. I certainly didn’t see this information when I was trying to research how enrollment would affect participation in an HSA before I filed.

I am a flaming liberal, at least by the standards of Idaho where I live, but I am gaining great insight into the complaints about government that are a staple of politics in this state…. This makes me sad because I believe in government. I want it to be transparent, reasonable, equitable and capable of admitting and correcting its mistakes.

Joby – Texas: In your story, “Guess who really pays for your Medicare,” you state that: “Most of the projected costs of the fix during the next 10 years would be paid by Medicare and thus add to federal budget deficits.” You are working with the same misguided premise that lawmakers use, which is that Medicare is part of the federal budget. All the time I was working, in addition to the standard income tax that was taken out of my monthly paycheck, I also paid a separate Social Security tax, and a separate Medicare tax. This means that both Social Security and Medicare have nothing to do with Congressional budgets, and can neither add to nor detract from the discretionary budget Congress works with…. My question is this: How do we get this information into the heads of the lawmakers so hell-bent on reducing Medicare payments so as to “save” their budget, thus making us seniors pay even more out of our Social Security check? How do we explain to them that Medicare is NOT part of their budget, any more than Social Security is?

Phil Moeller: What Joby says is true for Medicare Part A, which covers hospital costs. Like Social Security, it has a trust fund that is funded with Medicare payroll taxes – 1.45 percent of payroll for both the employee and the employer. Unlike Social Security, there is no wage ceiling on Medicare taxes. The Medicare Hospital Insurance trust fund is sufficiently funded to pay all claims for the next 15 years or so. But, like the much larger Social Security retirement trust fund, it needs attention much sooner than that to avoid running out of funds. And the second Social Security trust fund that deals with disability claims is going to run out of funds next year. The Republican majority in Congress has, to date, disallowed the short-term fix of siphoning funds from the bigger retirement trust fund to the smaller disability fund. Leaders say it’s time to fashion longer-term solutions and stop kicking the can down the road.

So far, so good. But what Joby says about Medicare in general is not true, which the story he cites documented very clearly. The Medicare payroll tax pays nothing beyond Part A. Beneficiaries do pay premiums for Part B (physicians plus certain outpatient and medical equipment expenses), Part C (Medicare Advantage) and Part D (stand-along prescription drug plans). But as the story noted:

According to the 2014 Medicare Trustees’ Report, these premiums totaled $73 billion in 2013. While that’s hardly chump change, total Medicare outlays for these programs were $316.8 billion. Nearly all of the difference, or more than $236 billion, came from general government revenues. By law, in fact, Medicare Part B premiums need cover only 25 percent of projected Part B expenses.

There are many, many reasons to support the continuation and even expansion of Medicare programs for people aged 65 and older. But the common battle cry – These are our benefits! We paid for them! – is simply not one of them.

Editor’s Note: A wrong link was given to readers to submit questions to Ask Phil in an earlier version of this post. The link has been fixed and we regret our error.