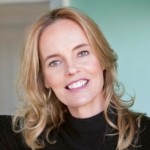 Editor’s Note: Maureen Sherry, former Wall Street managing director, author of “Opening Belle” and a prominent critic of primeval male behavior on Wall Street, was featured on our Making Sen$e Thursday NewsHour segment on Wall Street’s boys’ club and its glass ceiling. She also wrote for our page here. We asked her to weigh in on Uber. Did she ever.

Nobody has learned the price of doing business old school more vividly than the newly schooled Travis Kalanick, former CEO of Uber. Any positive developments at Uber have been overshadowed by headlines of macho behavior at the company and how it’s been ignored — or even encouraged — from the top down. Where harassment and bro behavior thrive, it’s now recognized as an expense line item. Maybe that fact will finally bring about significant workplace change. Macho behavior costs too much.

In a letter to employees headed to a Miami boondoggle in 2013, Mr. Kalanick encouraged employees to party hard, but “don’t throw kegs off buildings,” warned them of a “$200 puke charge” and stated that sex must be consensual and between members of equal rank. Could one argue this is non-inclusive and simply bizarre lingo for a CEO? Yes. If I worked there, this would have me calling in sick. While it is possible that some employees read this and genuflect to the chest-bumping bro gods, it’s also probable that many women and men who just want to thrive in the workplace felt repulsed. Does such a letter make women excited to work hard for an employer like that? It does not.

When employee Susan Fowler blogged about being harassed at Uber, she went public with an experience one in three working women reportedly share. The difference is that this time there was a chance for others to do something about it. By deleting the Uber app and instantly breaking up with the company, the power of economics spoke right back to the C-suite. Consumers can march away with their credit cards faster than ever before, and in this case, over 200,000 did. Corporate relationships are tentative and replaceable with the next best thing. Lyft is now reportedly taking customers from Uber at a very fast clip.

Like Wall Street, Uber has employees sign a binding arbitration agreement so that stories like Fowler’s are never told. These agreements state that cases must be settled privately, and it is well known that money is exchanged for women to keep their mouths shut. Arbitration agreements keep the chances of women organizing and reaching a class action status slim and allows the top-echelon employees to get a free pass in the playground of bad behavior.  The old establishment used to consider it cheaper to pay for indiscretions than to fire a rainmaker; it was all a forgettable rounding error. But because of Uber, perhaps not anymore. In Susan Fowler’s situation, she filed no case, but simply posted her story to the world, and the world reacted. She is the real disruptor.

When this type of behavior is ignored or even blessed from the C-suite, it runs like a cultural virus that spreads like an uncovered sneeze.

I think back to women I worked with on Wall Street who were rated by men on scales too crass to note; harassed women who received a check to leave and to keep their mouths gagged. Meanwhile, I would witness young, ambitious men join the firm. At first their respectfulness was total, but after a while their good behavior bumped up against the bro culture wall of exclusion, and many wanted in. To reach the inner circle, falling on the floor and pretending to look up women’s skirt, as one female managing director told me, was a terrific place to start. Now, it’s a terrific place to end.

When this type of behavior is ignored or even blessed from the C-suite, it runs like a cultural virus that spreads like an uncovered sneeze. Uber and others have seen board attrition, a falling valuation (rumored at as much as $10 billion), customers walking away with their wallet and, now, an unemployed CEO. What more evidence do you need?

After 12 years on Wall Street, Maureen Sherry switched gears to earn her Masters of Fine Arts at Columbia University, to write, and to tutor at inner city schools. Her most recent book is "Opening Belle."