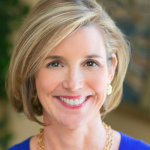 Column: Women, it’s time to ask for a raise

Editor’s Note: Sallie Krawcheck has an impressive resume. The former president of Global Wealth & Investment Management at Bank of America, former CEO of research firm Sanford C. Bernstein & Co.., former head of Merrill Lynch and chair of Ellevate is the founder and CEO of the new startup Ellevest.

Her new venture, Ellevest, is a digital investment platform for women. Krawcheck’s goal? To close the gender investing gap and help women take financial control of their lives.

But there’s one more step you should take as you begin investing: Ask for a raise. Below, Krawcheck explains one step to close the gender pay gap. She covers these gaps as well as steps women can take to close them in a recently published ebook, called “Mind the Gap — and Close It: The Ellevest Guide to Dominating Your Financial Future.”

It’s December, which means it’s year-end review time. (I know — that made me break out in hives, too.) You probably know that, on average, women make 78 to 80 cents to a man’s dollar. And that pay gap can increase if you’re a woman of color — even more so if you’re a woman with a disability.

There are any number of reasons for this gender pay gap; some of those reasons have to do with gender bias and discrimination, certainly. But here’s one that I’ve observed: In all of the years that I managed people (and it was quite a number of years), the men almost always told me how much money they wanted to make. Almost always. I used to joke that they wore a path in the carpet to my office right before bonus time.

The women never did. And by never, I mean never. Never ever.

Say we have two employees, Joe and Joanne. They’ve both done the same great job this past year; they’re both valued workers. They’re both set to make the exact same $5,000 bonus.

The men almost always told me how much money they wanted to make. The women never did. And by never, I mean never. Never ever.

Joe comes into my office for our weekly catch-up. At the end of it, he says, “I just want to quickly run down a few of my accomplishments this year.” He lists them, and then goes on to say, “And I’d like to make $10,000 as a bonus this year.”

After Joe leaves, I call my head of human resources to my office. I relay the conversation, and we laugh a bit. “Men!” we may chuckle.

Fast forward to time to allocate the bonuses. Joe is in for $5,000, we know he wants $10,000. We begin to write down $5,000, but… we don’t want to lose Joe, particularly with the big project coming up… He brought up a couple of accomplishments I had forgotten about… And did you notice that he was on the phone with his door closed the other day? His door is never closed. And isn’t the competitor down the street looking for someone with his qualifications? He sure has been unusually quiet for such an outgoing guy.

And now Joanne, who’s been working just as well, but never asked for any extra money. How much does Joanne make?

That’s because the money is being allocated out of a bonus pool. The bonus pool is $10,000, and it doesn’t grow just because I reallocate it. (I’m using bonuses in this example. Feel free to substitute the word “salary.” Same line of reasoning. You still have to ask.) In other words, by not asking for that money, you aren’t just leaving money on the table, you are essentially handing that money straight over to the guy who did ask for the raise or bonus (And trust me, it will be a guy.)

Enough said. Even though this is a hypothetical example (and I tried to never let this happen), go ask for that bonus or that raise.

Oh, and then invest it to close the gender investing gap, which can cost some women even more than the pay gap.

Women in the U.S. control $5 trillion in investible assets, but more than 70 percent of that money is left sitting in the bank in cash. The result? Women miss out on possible market returns — which have averaged 10 percent historically over longer periods of time in the equity markets — and thus the financial power and independence that comes along with growing wealth.

Left: Ellevest CEO Sallie Krawcheck explains why now is the time to ask for a raise.

Sallie Krawcheck is the CEO of Ellevest, a digital investment platform for women. She is also Chair of Ellevate Network, a global professional women’s network. She is the author of “Own It: The Power of Women at Work,” to be released in January 2017.