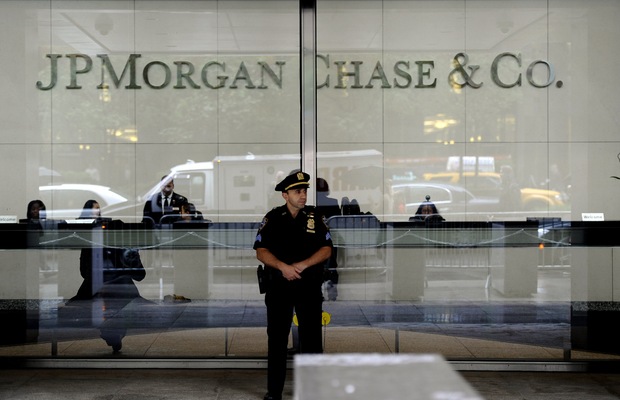 Does unequal opportunity explain the persistence of income inequality in this country, and should the government intervene to close that gap?

Greg Mankiw, the Robert M. Beren Professor of Economics at Harvard, served as George W. Bush’s chair of the Council of Economic Advisers from 2003 to 2005. In a forthcoming article in the Journal of Economic Perspectives, which is excerpted below, he argues against government redistribution of wealth away from the top 1 percent.

This is the second in a series of three posts exploring economic inequality in America, and presents a starkly different view from that of President Obama’s outgoing chair of the Council of Economic Advisers Alan Krueger, who argued Friday on this page that rising income inequality leads to greater economic immobility.

Mankiw begins by setting up what he calls a “thought experiment” to demonstrate how a few high earners can skew income equality. The question he goes on to address, however, is whether those top earners merit all of their compensation as reward for their productivity or whether some of it should be redistributed among the rest of society:

Imagine a society with perfect economic equality. Perhaps out of sheer coincidence, the
supply and demand for different types of labor happen to produce an equilibrium in which
everyone earns exactly the same income. As a result, no one worries about the gap between the rich and poor, and no one debates to what extent public policy should make income
redistribution a priority. Because people earn the value of their marginal product, everyone is
fully incentivized to provide the efficient amount of effort. The government is still needed to
provide public goods, such as national defense, but those are financed with a lump-sum tax.
There is no need for taxes that would distort incentives, such as an income tax, because they
would be strictly worse for everyone. The society enjoys not only perfect equality but also
perfect efficiency.

Then, one day, this egalitarian utopia is disturbed by an entrepreneur with an idea for a
new product. Think of the entrepreneur as Steve Jobs as he develops the iPod, J.K. Rowling as
she writes her Harry Potter books, or Steven Spielberg as he directs his blockbuster movies.
When the entrepreneur’s product is introduced, everyone in society wants to buy it. They each
part with, say, $100. The transaction is a voluntary exchange, so it must make both the buyer
and the seller better off. But because there are many buyers and only one seller, the distribution
of economic well-being is now vastly unequal. The new product makes the entrepreneur much
richer than everyone else.

The society now faces a new set of questions: How should the entrepreneurial
disturbance in this formerly egalitarian outcome alter public policy? Should public policy remain
the same, because the situation was initially acceptable and the entrepreneur improved it for
everyone? Or should government policymakers deplore the resulting inequality and use their
powers to tax and transfer to spread the gains more equally?

In my view, this thought experiment captures, in an extreme and stylized way, what has
happened to U.S. society over the past several decades. Since the 1970s, average incomes have grown, but the growth has not been uniform across the income distribution. The incomes at the top, especially in the top 1 percent, have grown much faster than average. These high earners have made significant economic contributions, but they have also reaped large gains. The question for public policy is what, if anything, to do about it.

As Mankiw sees it, unequal opportunity among households does not explain why one generation tends to pass on their income level to their offspring — what he calls the “intergenerational transmission of income.” Inherited characteristics, like IQ and talent, he argues, also play a role: “Smart parents are more likely to have smart children, and their greater intelligence will be reflected, on average, in higher incomes.” As he says, the prospects for higher income are not all about the opportunities your parents’ income provided you:

…the educational and career opportunities available to children of the top 1 percent are, I believe, not very different from those available to the middle class. My view here is shaped by personal experience. I was raised in a middle-class family; neither of my parents were college graduates. My own children are being raised by parents with both more money and more education. Yet I do not see my children as having significantly better opportunities than I had at their age.

Listening to the Left

Mankiw quotes from Mr. Obama’s 2012 campaign speech in which he says, “If you were successful, somebody along the line gave you some help.” But, Mankiw counters, the top 1 percent pays “more than a quarter of income in federal taxes, and about a third of state and local taxes are included.” Besides, he argues, government spending increasingly finances transfer payments “to take from Peter to pay Paul” rather than goods and services:

In the end, the left’s arguments for increased redistribution are valid in principle but
dubious in practice. If the current tax system were regressive, or if the incomes of the top 1 percent were much greater than their economic contributions, or if the rich enjoyed government services in excess of what they pay in taxes, then the case for increasing the top tax rate would indeed be strong. But there is no compelling reason to believe that any of these premises holds true.

As Mankiw explains, government redistribution of wealth is often viewed as a sort of “social insurance contract” in which, hypothetically speaking, we accept the practice since we don’t know whether we will be “lucky or unlucky, talented or less talented, rich or poor.” Mankiw advocates a different understanding of this kind of government intervention:

Consider kidneys, for example. Most people walk around with two healthy kidneys, one of which they do not need. A few people get kidney disease that leaves them without a functioning kidney, a condition that often cuts life short. A person in the original position would surely sign an insurance contract that guarantees him at least one working kidney. That is, he would be willing to risk being a kidney donor if he is lucky, in exchange for the assurance of being a transplant recipient if he is unlucky. Thus, the same logic of social insurance that justifies income redistribution similarly justifies government-mandated kidney donation.

Few people, Mankiw explains, would realistically accept this arrangement; people have rights to their organs, so don’t they also have rights to “the fruits of (their) own labor?” In his alternative to the social contract understanding — what he calls his “just deserts” perspective — the kind of government redistribution seen in places like France, where president Francois Hollande has proposed a 75 percent tax rate on top earners, is “unjust.”